Bird expert says ‘highly intelligent’ magpies AREN’T aggressive, only swoop if you’ve ‘done something’ and live in a structured society with morals about what is ‘right or wrong’

A bird expert has revealed that magpies are ‘highly intelligent’ creatures that aren’t aggressive and only swoop people who have ‘done something’ to them.

Dr Cleary said the native birds – known for dive bombing anyone that comes near their chicks during nesting season – were simply misunderstood. 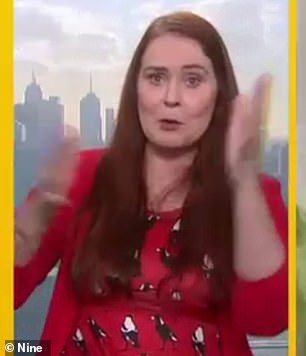 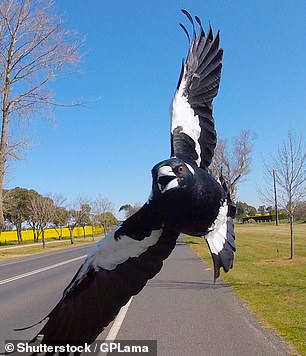 Bird expert Gráinne Cleary (left) has revealed magpies (stock, right) are not aggressive by nature and only swoop on humans when they feel threatened 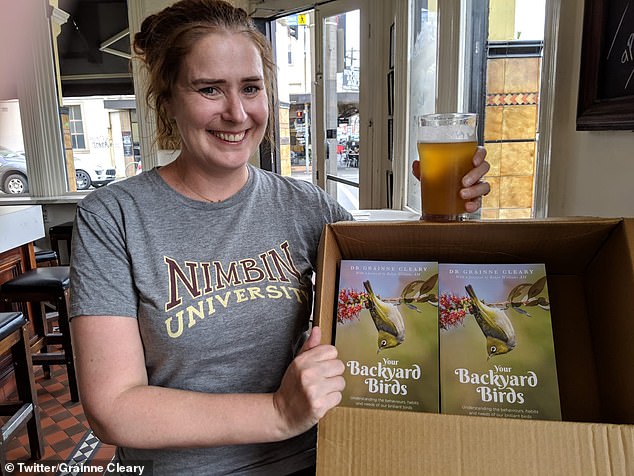 Ms Cleary has published books about birds and works with the public on conservation strategies for wildlife living in the suburbs.

Today host Karl Stefanovic asked why she adored magpies when they are ‘without a shadow of a doubt the most hated bird in the universe?’

The bird-lover defended the creatures and pleaded with the host to give them a break.

‘If they are going to swoop you it is usually because you have done something. And usually you have to look into yourself and say what have I done to upset the magpie,’ she said.

The ecologist said magpies were naturally very suspicious birds and suggested making friends with them to stop them from swooping.

‘What you have to do is go “How are you? It is just myself going for my walk. I mean you no harm”,’ she explained. 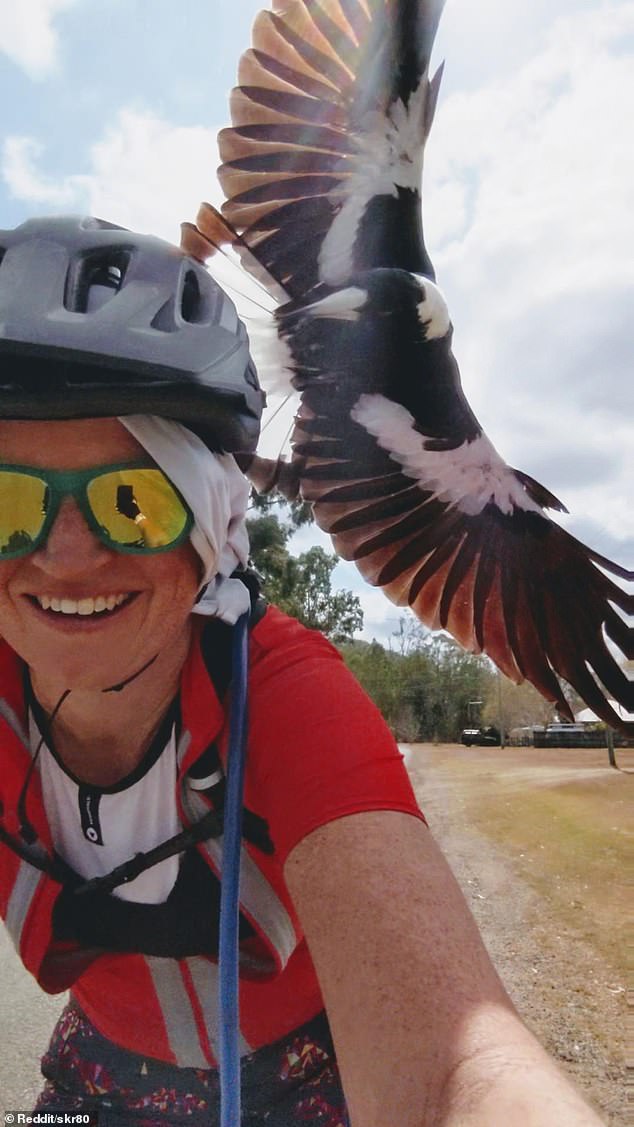 Ms Cleary said if magpies swoop you it is usually because you have done something wrong and ‘you have to look into yourself and say what have I done to upset the magpie.’ Pictured: cyclist being swooped by a magpie

Pictured: Council sign warning people that magpies are nesting in the area and swooping people as they come near the nest

Stefanovic asked how you could have a relationship with a bird that ‘comes out of the blue’ and dive bombs you.

Ms Cleary said magpies were similar to humans and live in a very structured society with ‘right and wrong things to do’.

‘When we see a magpie sweeping we know that is the dominant male.

The black and white birds are known to be so smart they can recognise the same people walking past.

Stefanovic asked if they could still do that while people wear masks due to the coronavirus restrictions.

Dr Cleary said the birds probably figure out people have a face covering on because they also take cues from the way people walk, their hair colour or the dog people have with them. 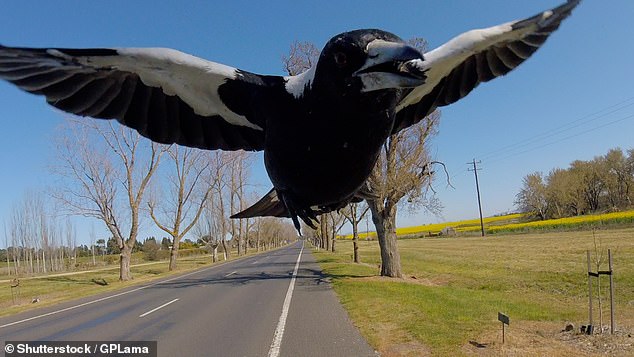 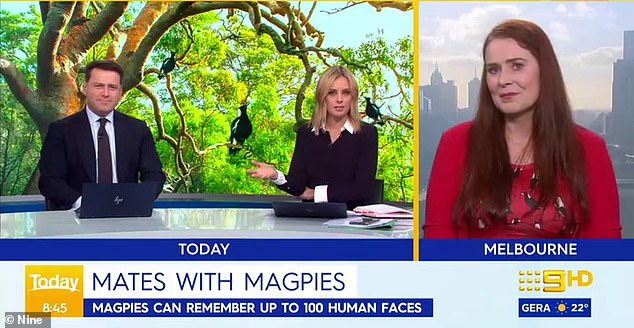 Karl Stefanovic (left) with co-host Allison Langson (centre) defiantly asked Ms Cleary (right) how she could have a relationship with a bird that ‘comes out of the blue’ and dive bombs you.