Elderly couple 'may have entered coronavirus suicide pact' in Tenerife

Elderly Spanish couple ‘may have entered suicide pact because of coronavirus’ after wife, 82, dies and husband, 86, fights for life after being stabbed in Tenerife

An 82-year-old woman found dead in her home in Tenerife and lying next to her disabled husband, 86, who had serious stab wounds, may have entered into a suicide pact because of the coronavirus crisis.

This is one of the theories police are working on as they investigate the tragic incident in the tourist resort of Los Cristianos in the south of the holiday island.

The woman’s body was found in their flat, their second home, after worried neighbours raised the alert. 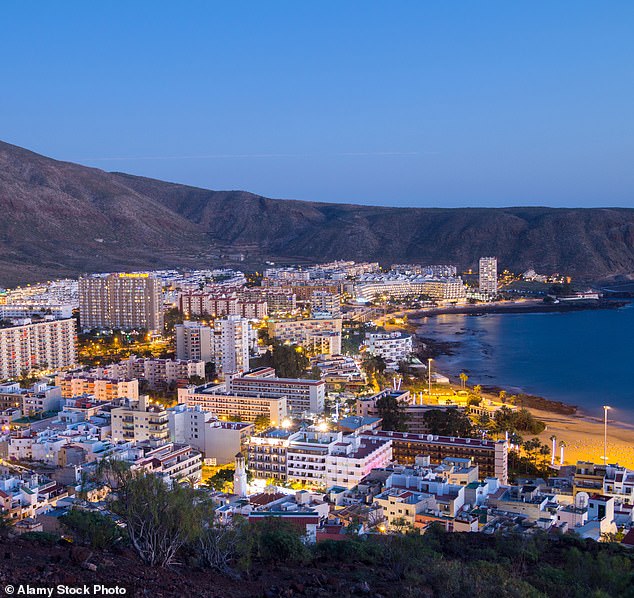 An 82-year-old woman was found dead in her home in Tenerife, lying next to her disabled husband, 86, who had serious stab wounds, in the tourist resort of Los Cristianos (pictured)

Her husband was lying in his bed nearby in a pool of blood. He was rushed to hospital in a critical condition with serious cuts to his arms.

The elderly couple, both Spanish, were visiting Tenerife from the Basque country.

Spanish newspapers say the husband had health problems and was being looked after by his wife.

It is believed the woman might have inflicted the stab wounds on her husband first and had intended to do the same to herself. 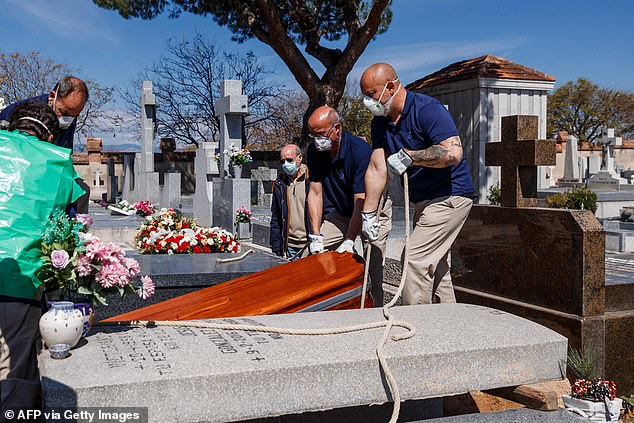 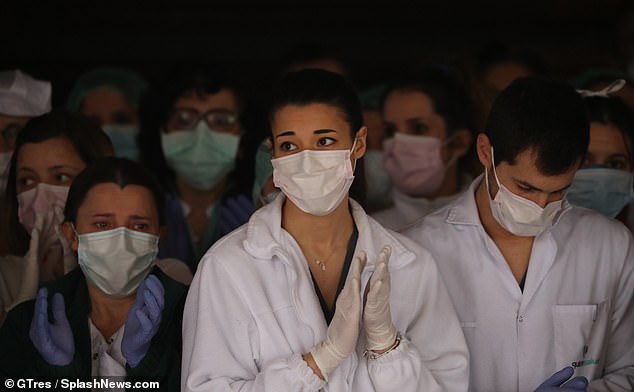 Doctors, nurses and hospital workers at the Quiron Hospital in Barcelona observed a minute of silence at midday Monday before bursting into applause for a doctor who died at the centre

However, before she could do so, she apparently slipped and fell, hitting her head in the process and then dying, either from the blow or from blood loss.

Police have launched a full investigation and say they are not ruling anything out.

There is speculation that it was a suicide pact gone wrong, prompted by the coronavirus.

In the Canary Islands, there have been 39 deaths, virtually all of them elderly victims.

An autopsy is being carried out on the woman to determine exactly how she died and police are waiting to talk to the surviving husband. 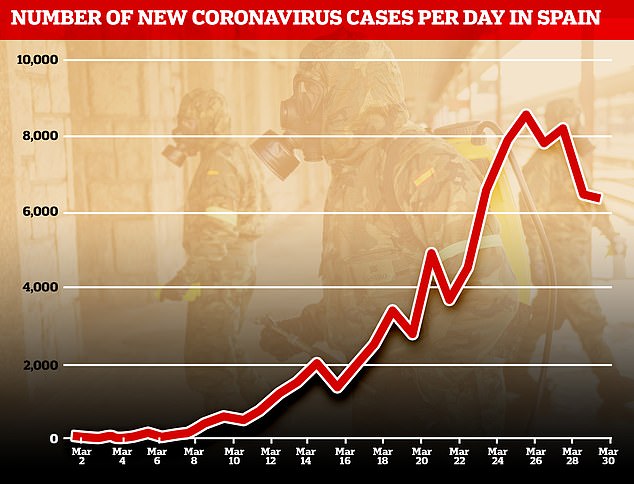 Spain has now registered more coronavirus infections in total than China – at 85,195 – but the rate at which new people are becoming infected has started to fall, as this graph shows 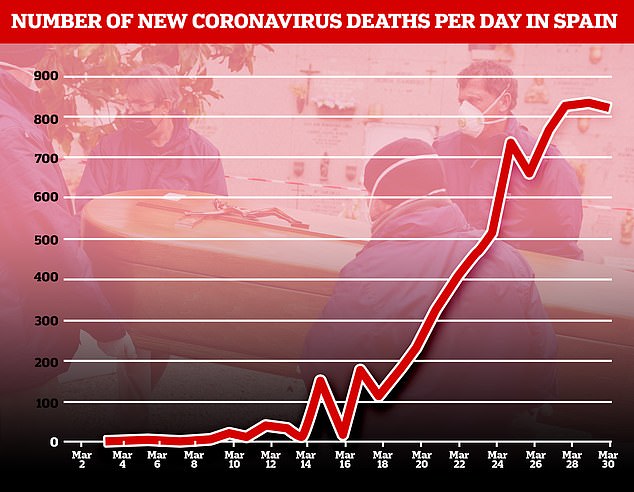 Coronavirus deaths have continued to climb in Spain as hospitals have been overwhelmed. Monday saw 812 people die, a high total but marginally better than the 838 who died Sunday 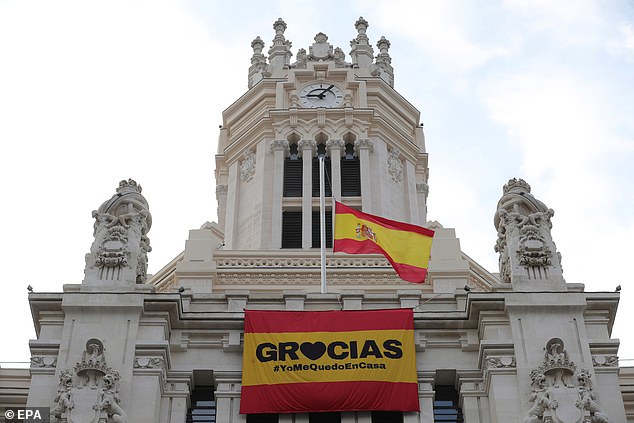 Spanish national flag flies at half mast on top of a banner reading ‘Thank You. Stay at Home’ an the facade of Madrid’s City Hall 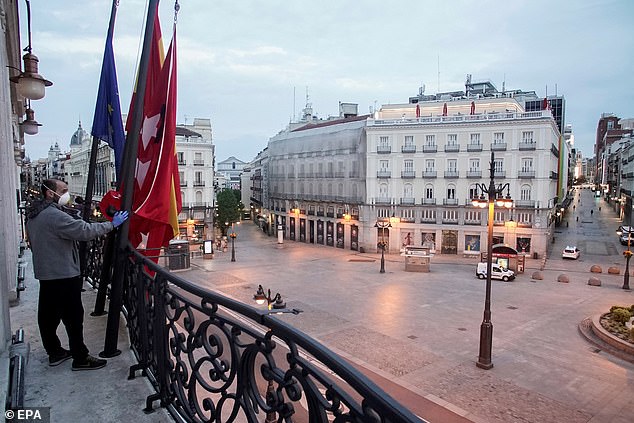 Spain’s government has declared a daily minute of silence to honour those who have died from coronavirus, with flags flown at half-mast over Madrid’s government building

They had to force the door of the flat open, with Diario de Avisos describing the scene as ‘Dantesque’.

Neighbours had alerted a security guard working at businesses nearby who called in the emergency services.

Medics from the local health centre rushed to the scene but there was nothing they could do to save the woman’s life.

At this stage, there is no suggestion of gender violence or murder.

The couple were well-known in Los Cristianos and frequently drank at a bar in the town centre in an area much-frequented by British tourists and nearby the bus station.