A 91-year-old woman was killed and 11 others injured when a massive blaze broke out in a Bronx apartment building early Wednesday, officials said.

The nonagenarian, whose name was not immediately released, died in the blaze that began inside a third-floor apartment of the six-story building on Park Avenue near Teller Avenue in Melrose around 4:50 a.m., according to the FDNY.

“Our first unit arrived in approximately four minutes, [and] was faced with a heavy fire condition on the third floor, apartment 2O,” Deputy Assistant Chief Michael Ajello said at a morning press conference. “Fire was out into the hallway when our units arrived here. Our units stretched lines, performed searches, raised ladders.”

The blaze grew to a third alarm, bringing 33 units, including 138 firefighters and EMS personnel to the scene, officials said.

“There was a heavy smoke condition on all floors above the fire,” Ajello said. “Our units entered off ladders into an apartment and found three unconscious people and removed them.”

The elderly woman was taken to Lincoln Medical Center, where she was pronounced dead. An 80-year-old man is in critical condition and a 54-year-old man is listed in stable condition, according to police.

The fatal victim is the mother-in-law of a man who owns the apartment, according to Ana Rosa, 42, whose own unit was destroyed in the blaze.

“She wasn’t able to get out,” Rosa said. “She’s been recovering from surgery and she has a large antique bedroom set, and it blocked the fire escape completely. When we walked down, we [couldn’t] even see in the window from the fire escape. It’s completely blocked. It was terrifying.”

Eight other civilians were hurt — one with serious but non-life-threatening injuries, and seven with minor injuries.

The entire second floor, and some of the third floor, was burnt out hours after the blaze was extinguished at 6:37 a.m.

“I hear people screaming, like 10 of them, with the dogs barking,” said a woman who lives across the hall from the apartment where the fire started, as she stood in her pajamas in the rain later Wednesday morning. “I [thought they were] fighting. I look through the peephole and they were taking out suitcases. I opened the door and saw flames and smoke coming out of their doorway. They were screaming in their language for 10 minutes … but I didn’t understand.”

“I saw the flames and the smoke,” she added. “I grabbed the flashlight and my son and I ran down the stairs. It was black like the inside of a chimney. Only like the orange and red flames.” 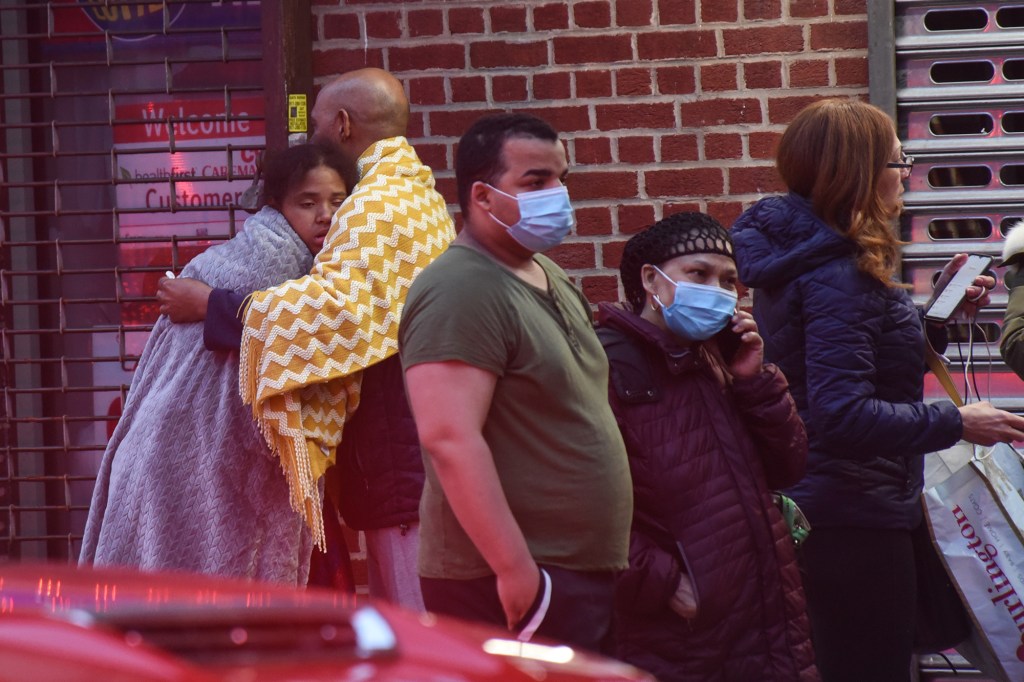 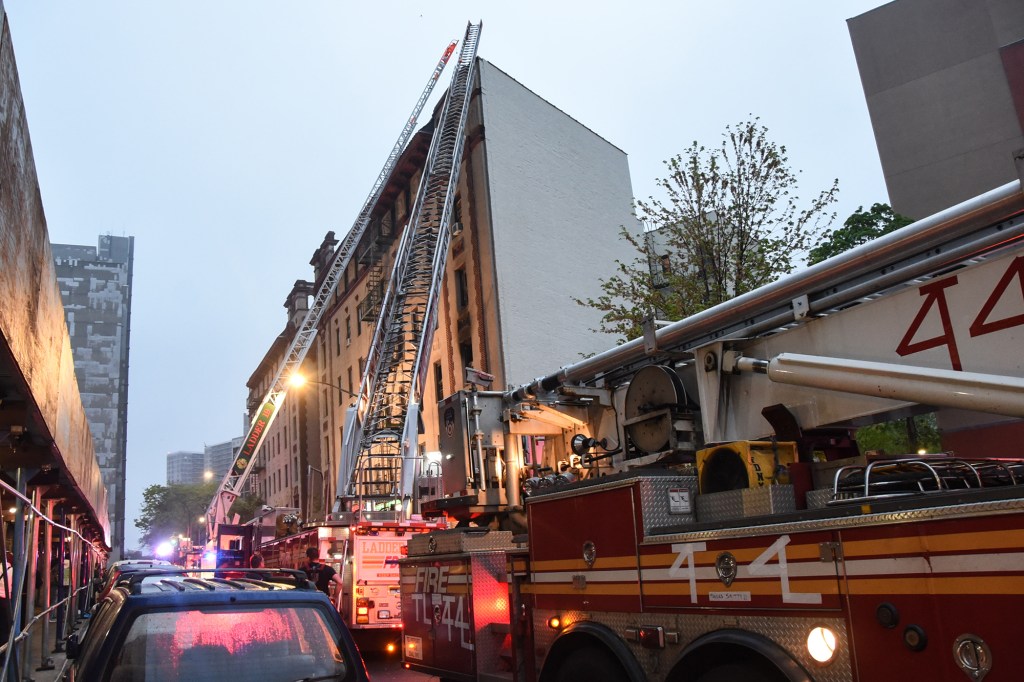 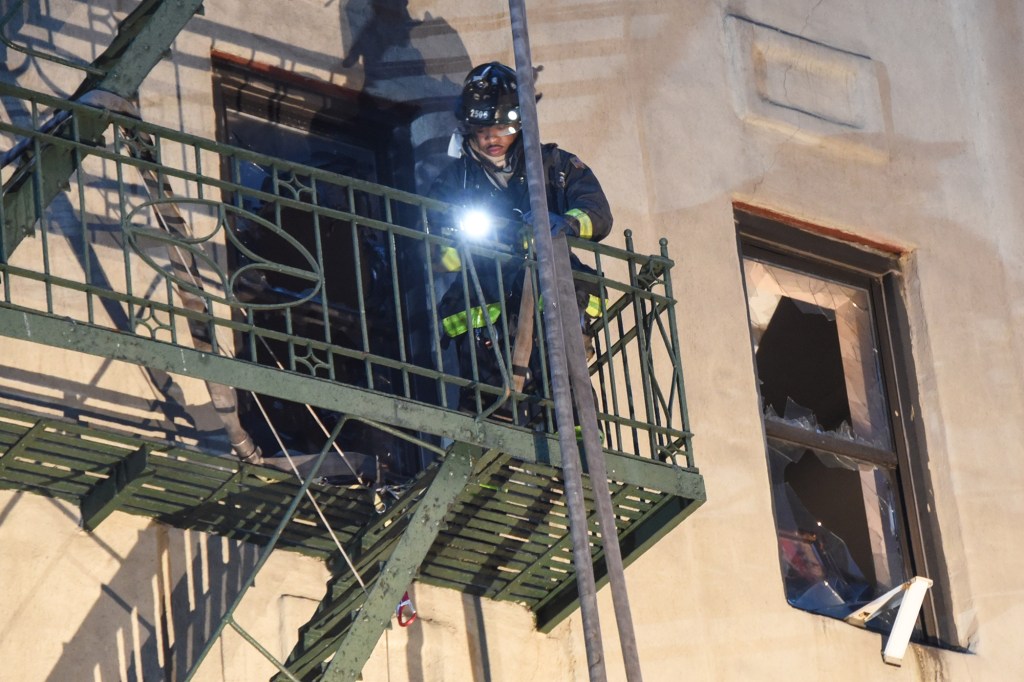