‘How many goals did we win by?’: Delighted England fans use Churchill’s famous V for Victory salute, a nearly naked Austin Powers and The Office in hilarious memes marking historic 2-0 win over Germany

England fans have unleashed a flurry of hilarious memes on social media to celebrate the nation’s historic 2-0 win over Germany in the Euros.

The Three Lions overpowered their long-time rivals with goals from Raheem Sterling and Harry Kane in the second half to seal their victory.

It is the first time England have beaten the fierce European side in a tournament knock-out round since the World Cup winning match in 1966 – which was also played at London’s Wembley stadium.

The win sparked huge celebrations from the home side supporters inside the 45,000-capped capacity stadium as well as in living rooms and pubs across the country. 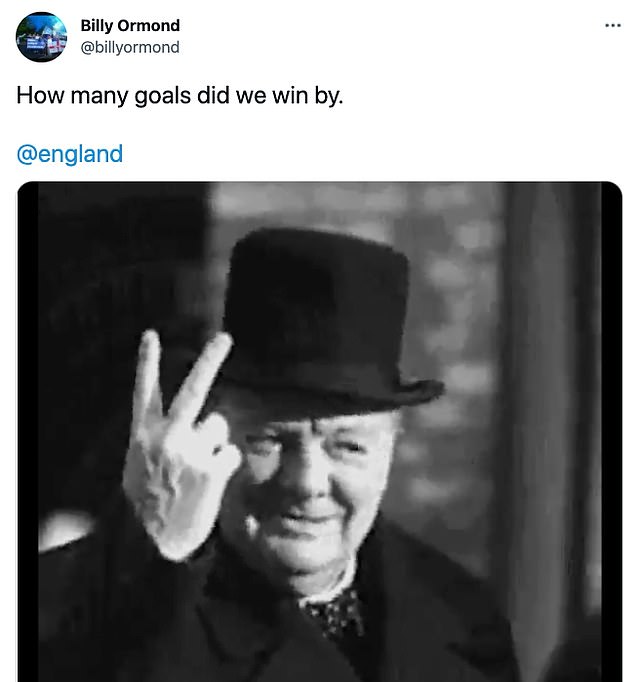 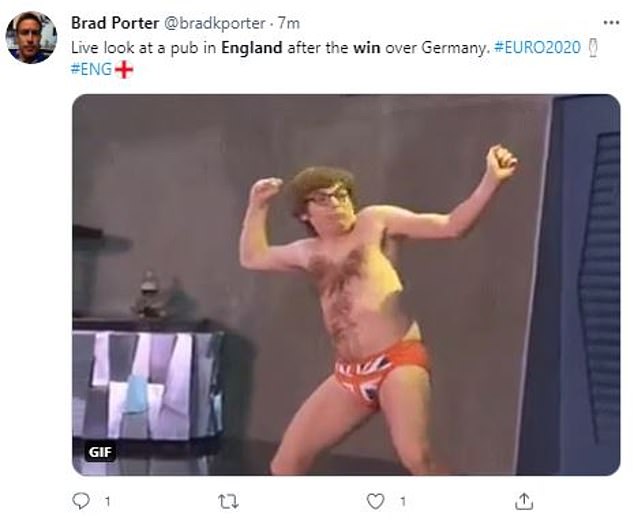 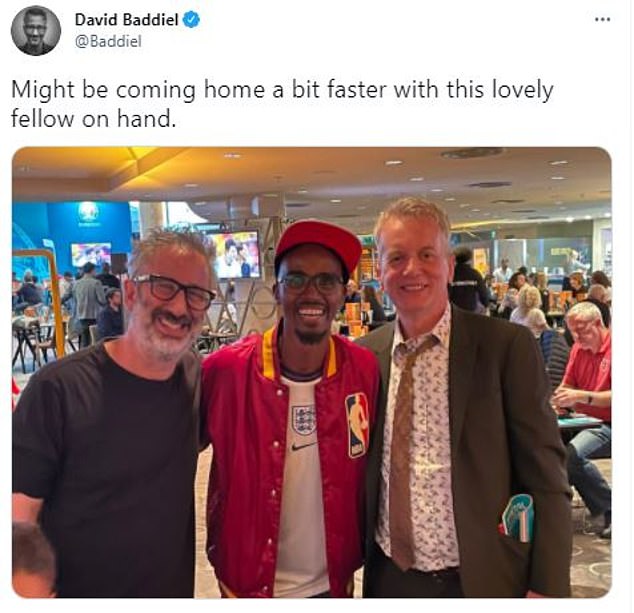 The Three Lions overpowered their long-time rivals with goals from Raheem Sterling and Harry Kane in the second half to seal their victory. Pictured: Actor David Baddiel with comedian Frank Skinner and Olympic hero Mo Farah

And as the final whistle blew supporters took to social media to make the most of the historic win.

Billy Ormond, an England fan from Birkenhead, asked: ‘How many goals did we win by’ adding a picture of Prime Minister Winston Churchill with his famous two-fingered ‘V for Victory’ salute.

Another posted a photo of film character Austin Powers in Union Jack speedos, writing: ‘Live look at a pub in England after the win over Germany.’ 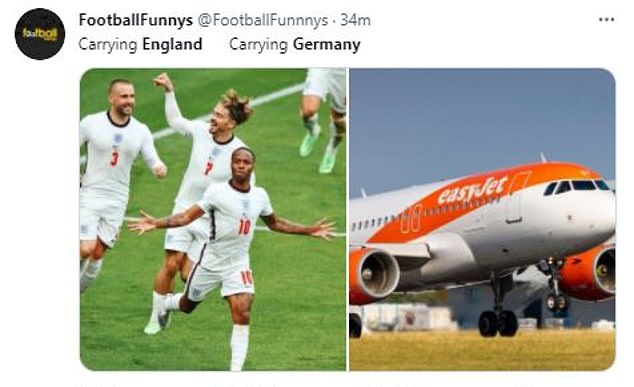 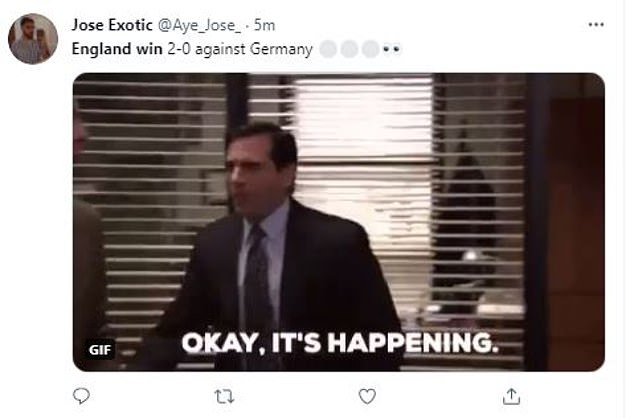 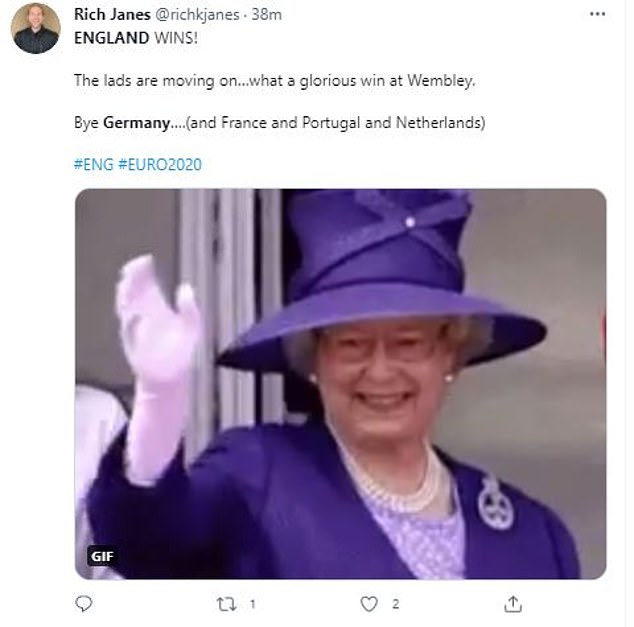 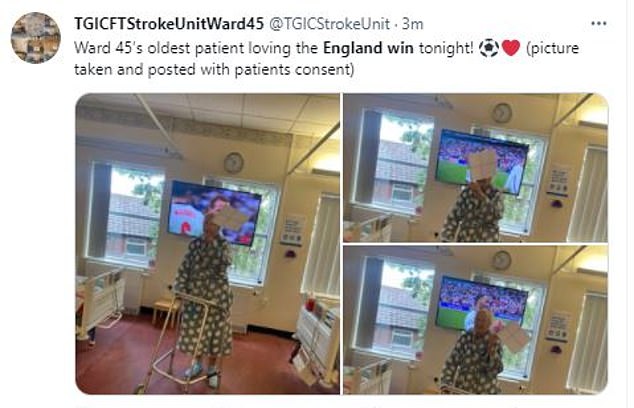 Actor and comedian David Baddiel shared a photo of himself with longtime friend Frank Skinner and Olympic hero Mo Farah, saying: ‘Might be coming home a bit faster with this lovely fellow on hand.’

The tense run up to the historic win however appeared to get to some fans, with one joking they ‘nearly wet myself’ after waiting until the 75th minute for the first goal.

Another fan seemed confident England will keep up their winning streak, writing: ‘If we win the Euros i’m getting a Southgate tattoo! Hands down! Come on England!’