The US federal government has admitted that humans are to blame for climate change for the first time in a newly-released report blocked by Donald Trump.

Wednesday’s Environmental Protection Agency report summarized the key signs of climate change, as well as their likely causes.  It is the first time the EPA has released its once-annual climate indicators report since President Biden came to office.

President Trump barred its publication during his single term in the White House.

‘The Earth’s climate is changing,’ the summary states.

‘Many of these observed changes are linked to the rising levels of carbon dioxide and other greenhouse gases in our atmosphere, caused by human activities.’ 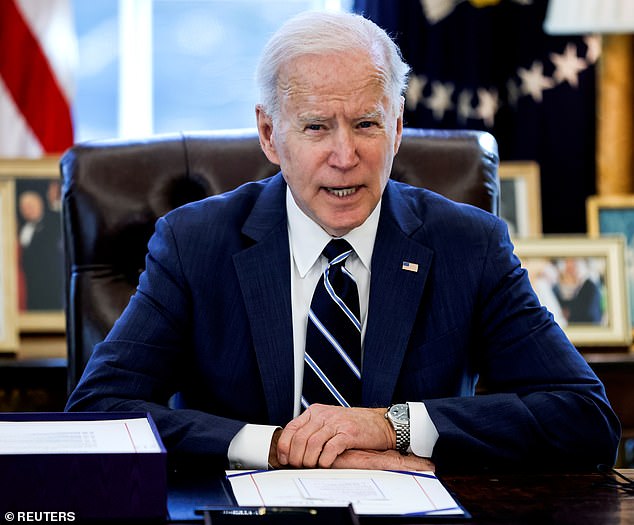 Joe Biden has prioritized combating climate change, rejoining the Paris Accord on day one. The Environmental Protection Agency has released its first report in four years 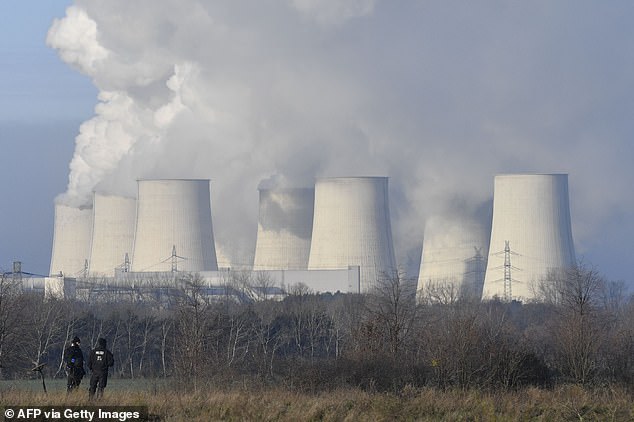 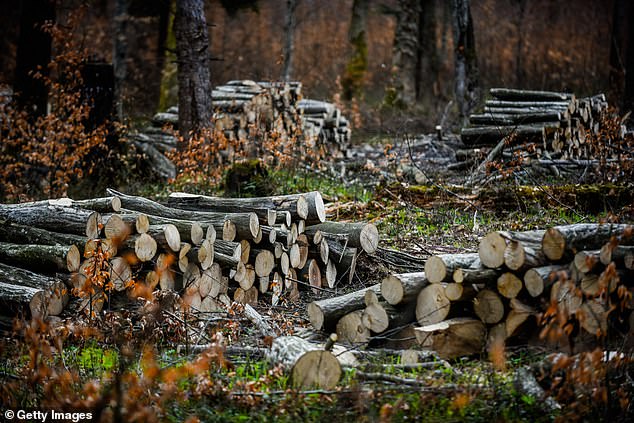 Piles of logs from a protective species forest area are confiscated in Poland on April 29. Activists blocked access to the fields as part of their efforts to oppose climate change 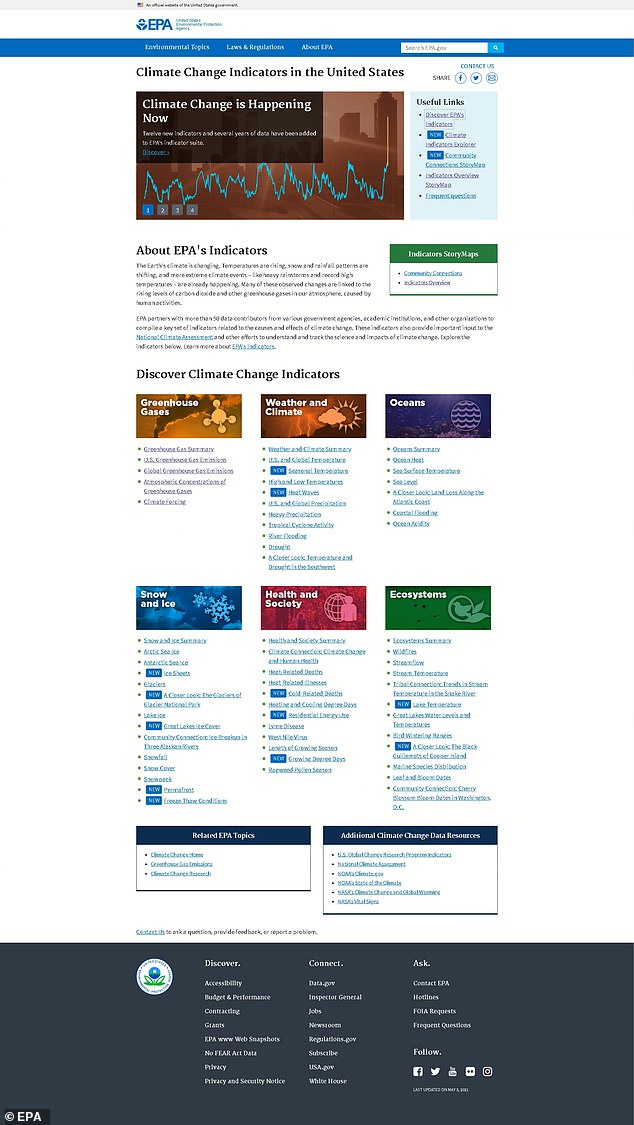 Describing greenhouse gases, the authors conclude that they are man-made, and devastating.

‘Greenhouse gases from human activities are the most significant driver of observed climate change since the mid-20th century,’ they write.

The experts source their report from a UN body, the Intergovernmental Panel on Climate Change, and their report, Climate change 2013.

The report presents ‘compelling and clear evidence’ of a climate crisis, the EPA said in a press release.

‘There is no small town, big city, or rural community that’s unaffected by the climate crisis,’ said Michael Regan, the administrator of the EPA, on Wednesday. 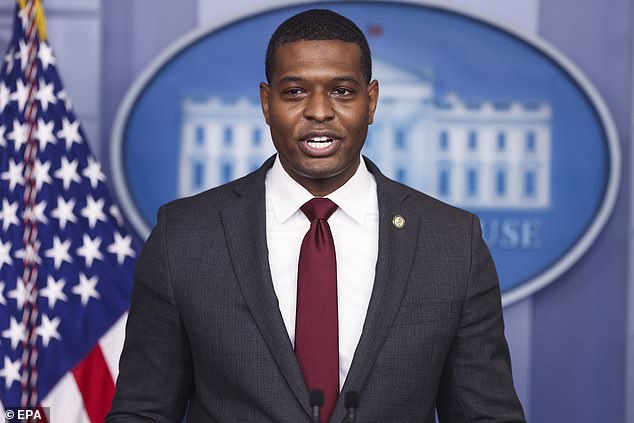 Michael Regan, the EPA Administrator, published the update on Wednesday – the first since 2016 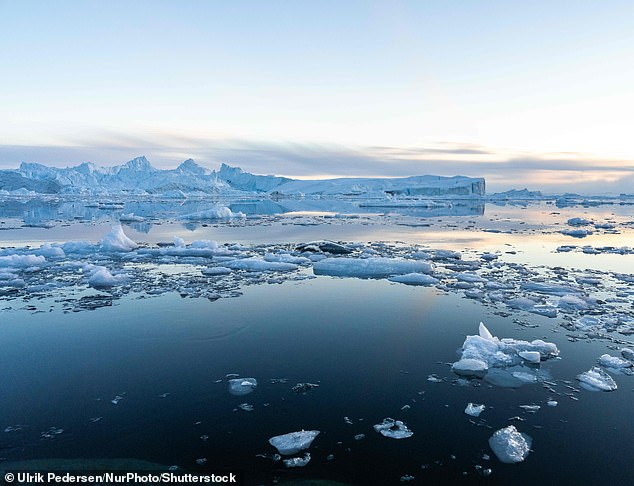 Seas such as this, around Greenland, are warming and the polar ice caps are melting 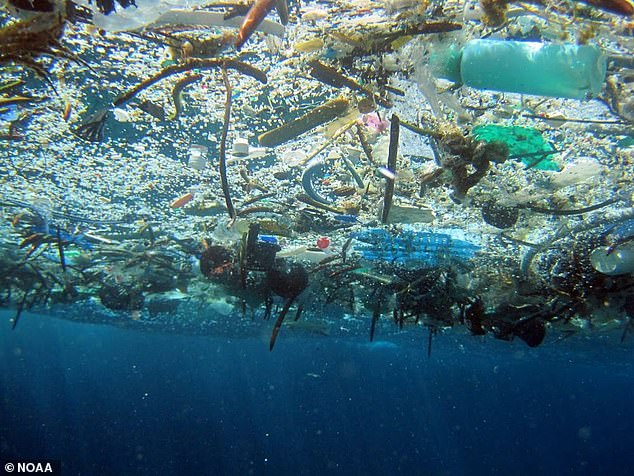 Plastic debris is seen in the ocean, killing wildlife and harming the environment 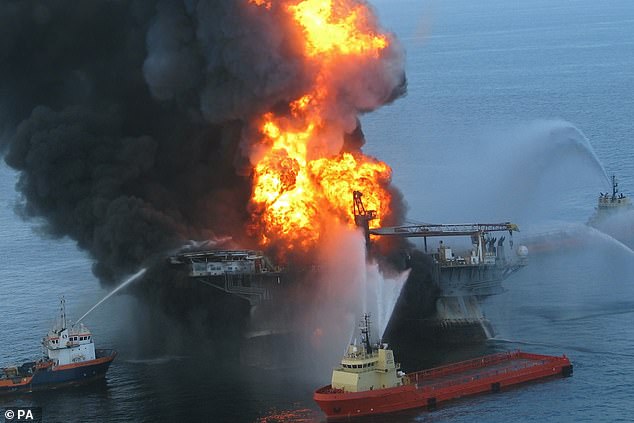 The new EPA report concluded that human activity, like drilling for and burning oil, was to blame 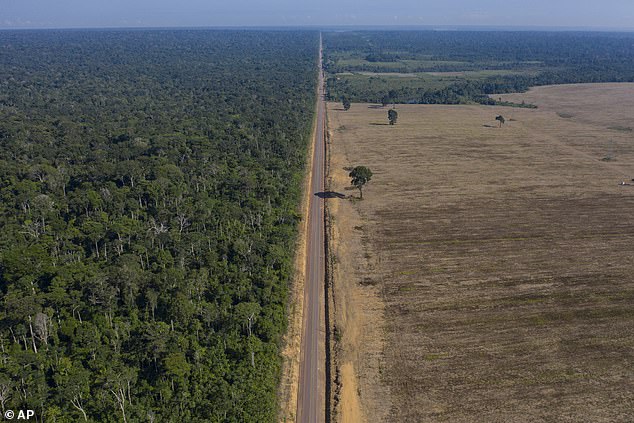 Deforestation is hastening climate change: pictured is the Tapajos Forest in Para state in Brazil

Some climate measuring points along the Mid-Atlantic and Gulf Coast registered a rise in the sea level between 1960 and 2020 of more than eight inches, and tidal flooding was becoming more frequent.

Fishermen were noticing that their catch was moving north, as the seas warmed.

Farmers were noticing the climatic changes, with a growing season that has on average increased by more than two weeks since the beginning of the 20th century.

The publication of the data serves as a reminder of Biden and Trump’s stark differences in approach to global warming. 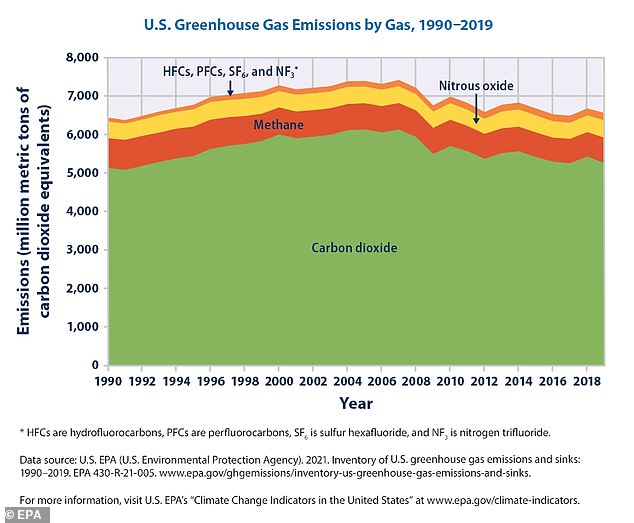 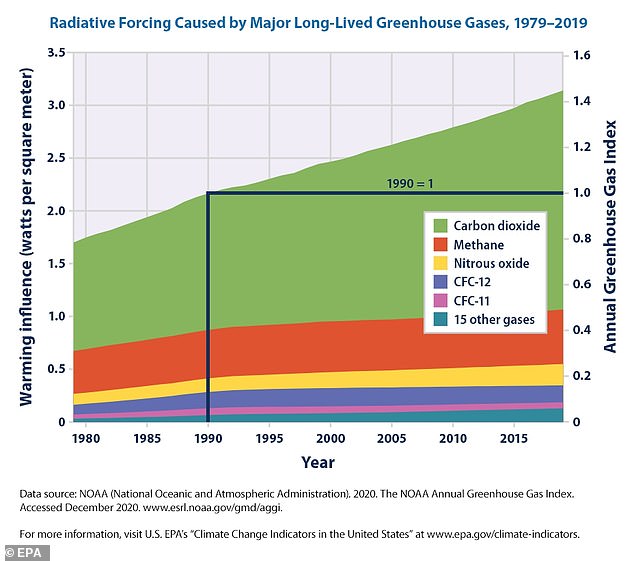 Trump was unconvinced by the scientific consensus, suggesting that climate change could be a hoax engineered by China.

He heavily promoted the use of fossil fuels, and rolled back restrictions on gas and oil exploration.

The president later conceded climate change did exist – but then claimed the Earth’s climate would at some stage cool down again by itself.

Biden, by contrast, has said that combating climate change will be a pillar of his presidency.

Within his first 100 days he convened a summit of world leaders including Xi Jinping of China and Vladimir Putin of Russia to regain momentum for the fight against climate change, and rejoined the Paris climate agreement on his first day in office.