European Union leaders found that a quick deal on the bloc’s future long-term budget and a multibillion-euro post-pandemic recovery plan remained beyond their reach on Friday as the coronavirus ravages their economies.

A long-term budget has been proposed by European Commission president Ursula von der Leyen, but failed to win approval from the ‘Frugal Four’ – the Netherlands, Denmark, Austria and Sweden. There were also disagreements over hoe best to distribute the funds.

The four nations are against issuing too much common debt to support countries that have been hardest hit, and believe money should be distributed in the form of loans instead of grants.

Following a four-hour video summit aimed at paving the way for a compromise this summer, there was common ground on the need for a quick response but divergences persisted among the leaders of EU member nations.

‘It is essential to take a decision as soon as possible,’ EU Council President Charles Michel said, announcing he plans to call an in-person summit for the leaders of the 27-nation bloc for mid-July. 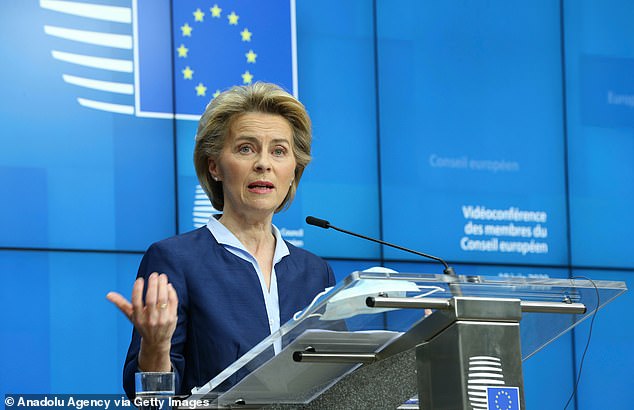 The meeting was the first step in intense discussions on the European Commission’s plans for a 1.1-trillion-euro seven-year budget and a 750-billion-euro ($825 billion) recovery fund.

Devised to help member states’ economies cushion the impact of the coronavirus, the package is far from being unanimously welcomed and more time will be needed to find a deal, possibly in July during an in-person summit.

To tackle the economic crisis, Ursula von der Leyen has proposed a revised long-term budget for the 2021-2027 period that would represent around 1.1% of European GDP after the U.K.’s departure, coupled with the temporary reinforcement of the 750 billion euros set aside to combat the virus.

The whole package represents a huge €1.85 trillion stimulus for the bloc’s struggling economies.

A blend of debt mutualisation, grants and loans, the aid plan has failed to gain the approval the Frugal Four who oppose issuing too much common debt to support the hardest-hit countries and argue that the money should mainly be handed out in loans instead of grants.

Another divisive topic relates to how the money will be allocated. The Commission proposed to work it out based on criteria including the size of population, gross domestic product per capita and unemployment.

One top European diplomat said on the eve of the meeting that the range is too limited and should be adapted to take into account the real damage of the coronavirus. 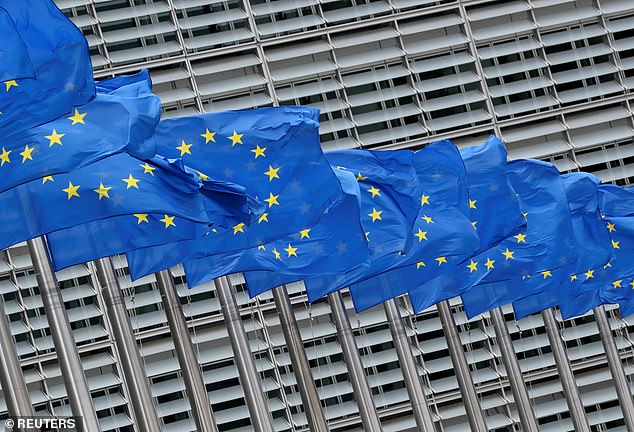 Pictured: European Union flags flutter outside the European Commission headquarters in Brussels, Belgium, June 5, 2020, where the summit was held on 19 June 2020. There was common ground on the need for a quick response but divergences persisted among the leaders of EU member nations

Under the commission’s plans, the recovery fund should be incorporated in the 2021-2027 EU budget. Two-thirds of the fund – a half-trillion euros – would take the form of grants.

The plan is backed by France and Germany, the bloc’s two most powerful countries. With their allies, they need to convince the countries opposed to debt mutualisation or increases in the EU budget that grants will benefit the whole bloc.

To fund the plan, the Commission proposed borrowing money on financial markets. The European Commission has a triple A credit rating, which would give it favorable loan terms. Repayments would not begin before 2028, with the full amount due after 30 years.

To facilitate the reimbursement, several member states are pushing for the rapid development of new EU funding sources that could take the form of taxes on carbon or single-use plastic.

Such revenues would make the EU budget less dependent on national contributions from member states, which are reluctant to pay more.