Family hold a lockdown pub crawl in their own home

A family held a lockdown bar crawl in their own home for their daughter’s 24th birthday – after turning each room into a separate boozer or nightclub.

Lily Holdsworth was forced to cancel a birthday trip to Belfast and prosecco brunch with all of her friends due to social distancing rules, so on Saturday (March 28), her parents decided to host her their own bar crawl in their home instead.

Dad Bill, 51, and mum Julia, 54, transformed the spare room of their five-bedroom home in Chatham, Kent, into a nightclub while brother Joe, 26, turned his room into a games room complete with a life-sized game of snakes and ladders. 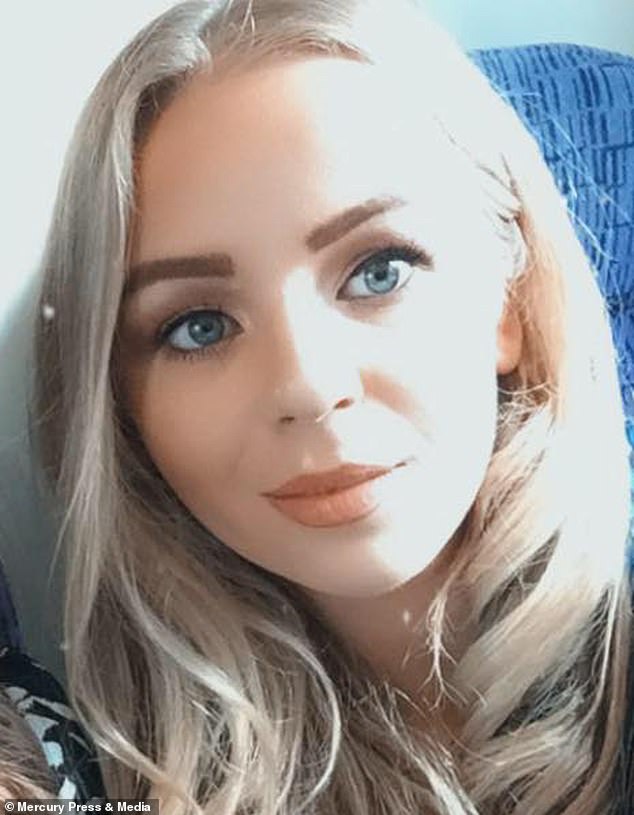 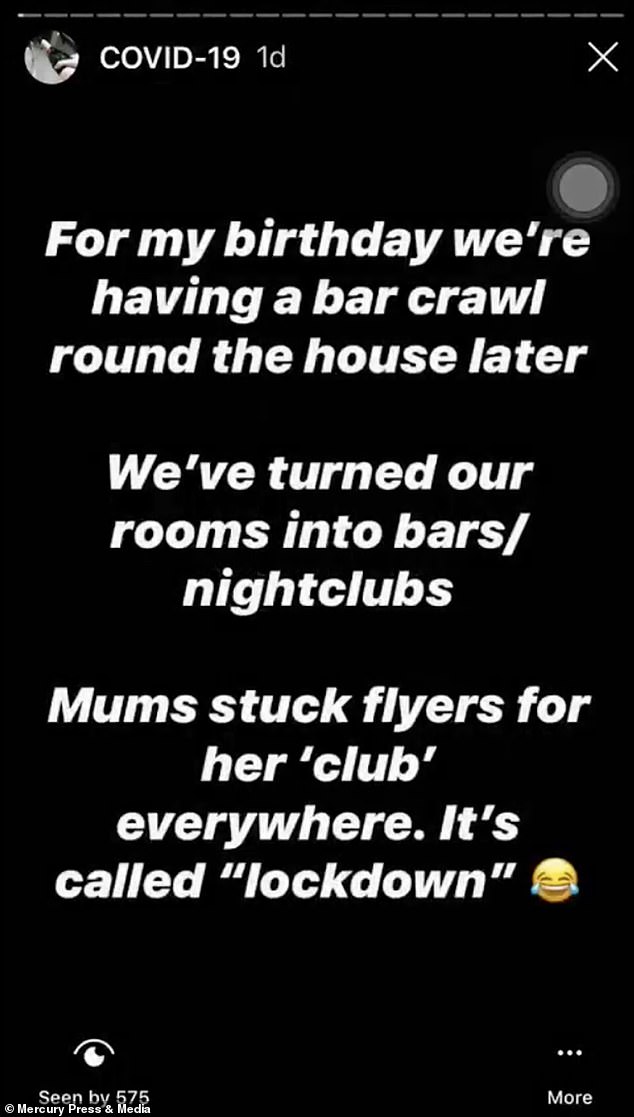 Accountant Lily’s room became a boozy karaoke bar while the family’s kitchen was used as a takeaway for an end of the night kebab.

Lily said: ‘It’s just a birthday but I was annoyed I couldn’t see my friends.

‘I know there are worse things going on in the world than not being able to celebrate your birthday, but I was fuming. 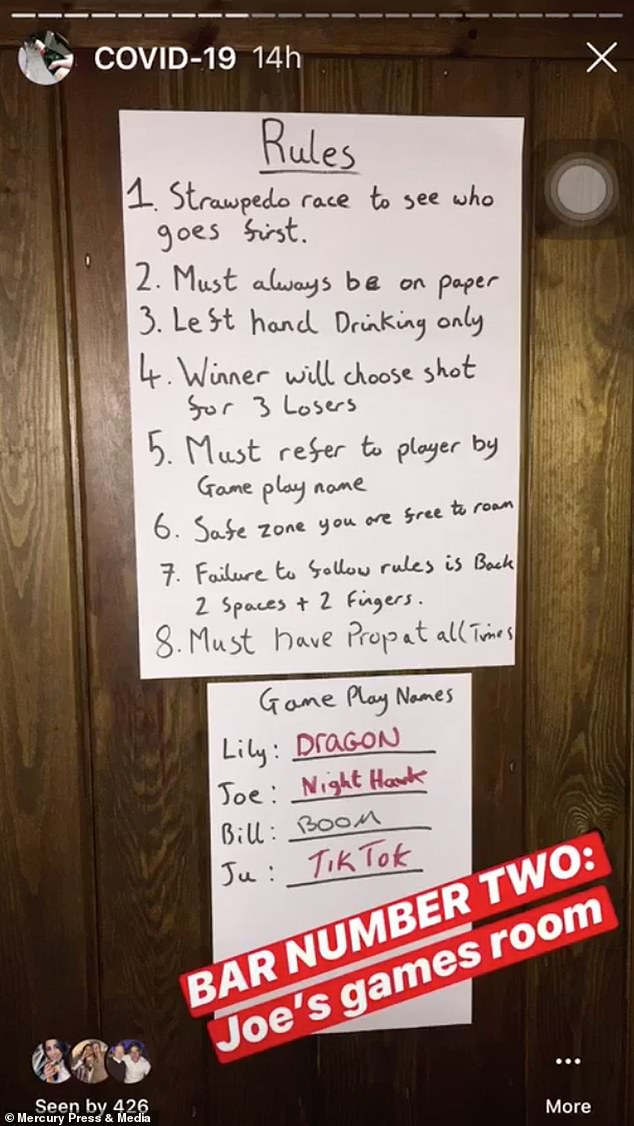 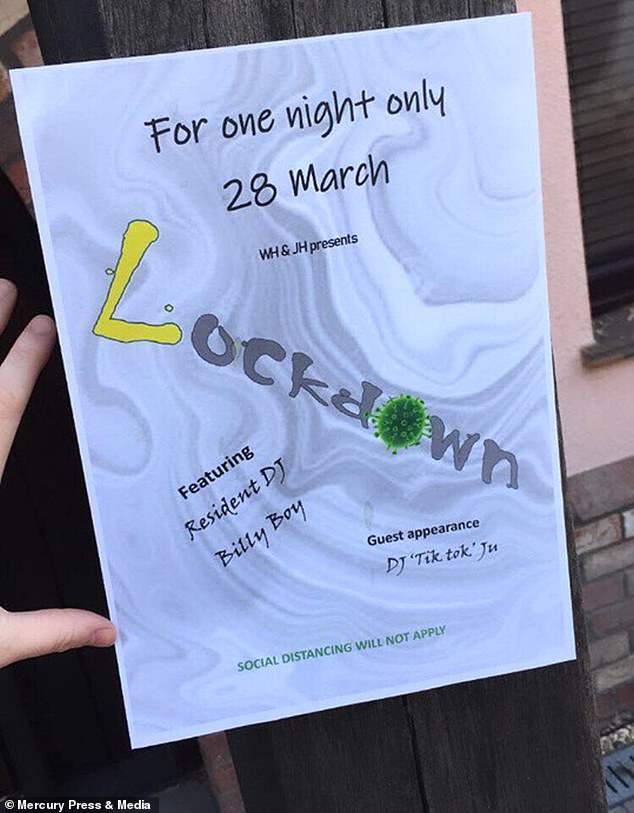 ‘But it was really good – everyone got behind it.

‘I was a bit nervous because it was just me, my mum, dad and brother.

‘But we all got dressed up, me and mum put some makeup on and we met in the kitchen for pre-drinks.’ 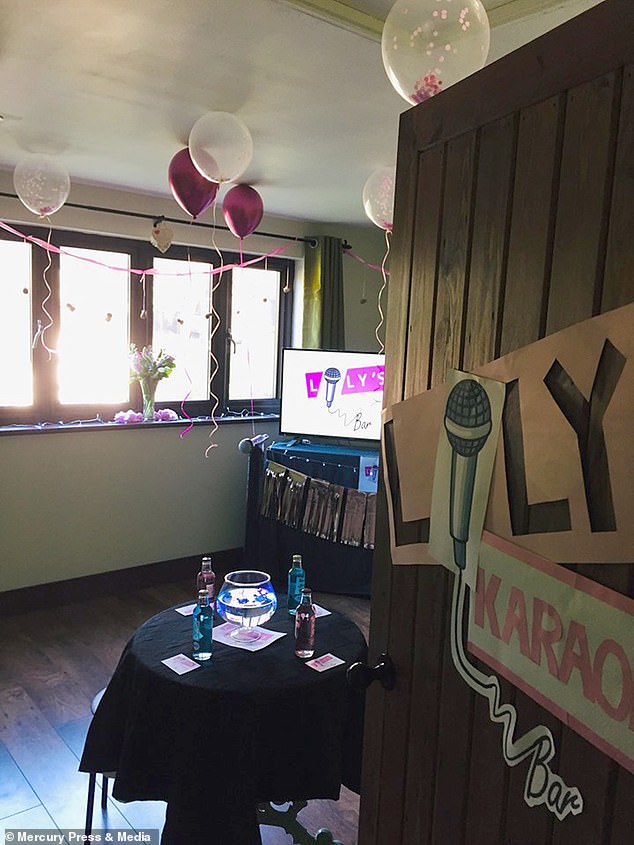 ‘Lily’s Bar’ a karaoke themed ‘club’ within the family’s home. with Dad Bill being DJ 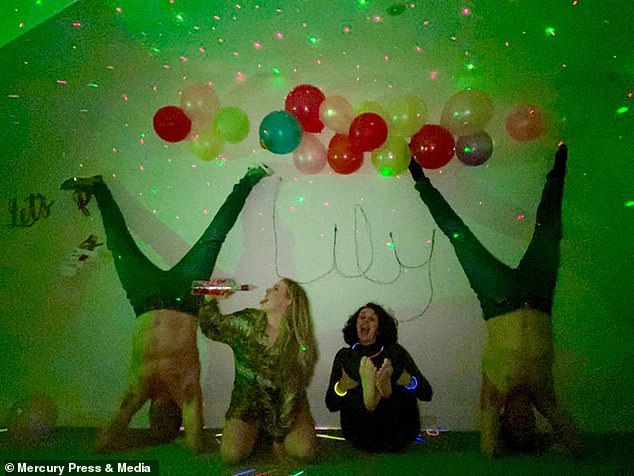 Dad Billy, Lily, Mum Julia and brother Joe all had a blast at the homemade festivities

Nightclub flyers were pinned up around the house and on the front door advertising Lily’s dad as DJ Billy Boy and a cocktail menu was attached to the makeshift bar.

Lily filmed the event and the video features her brother Joe serenading the family with a rendition of Islands in the Stream before Julia acted as security for the spare room nightclub, which even had a VIP area. 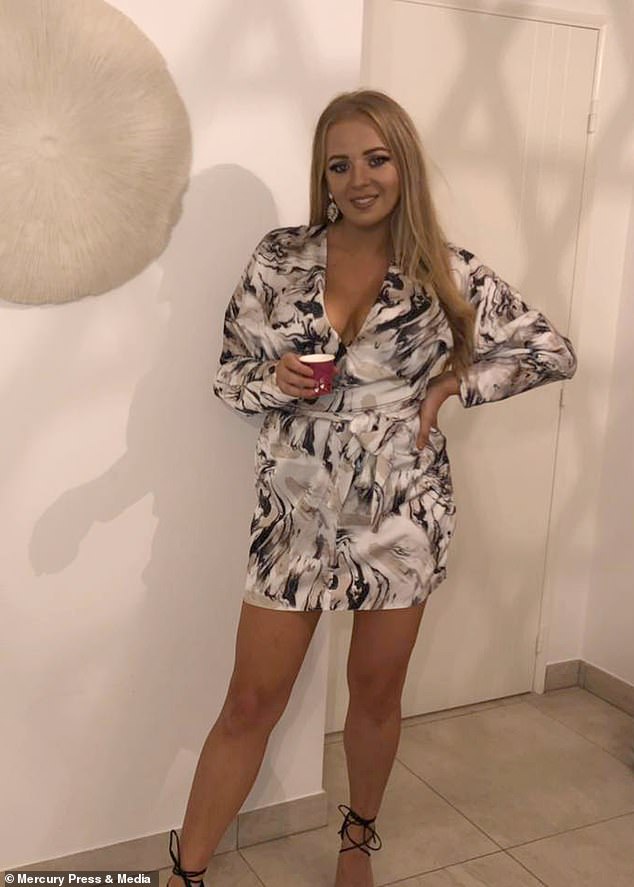 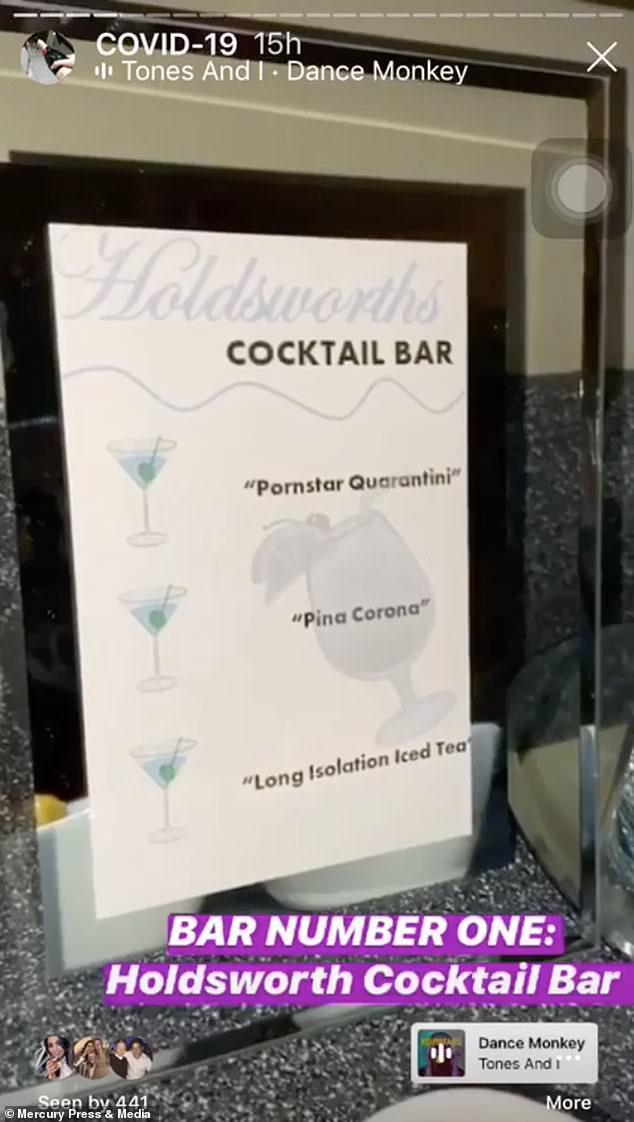 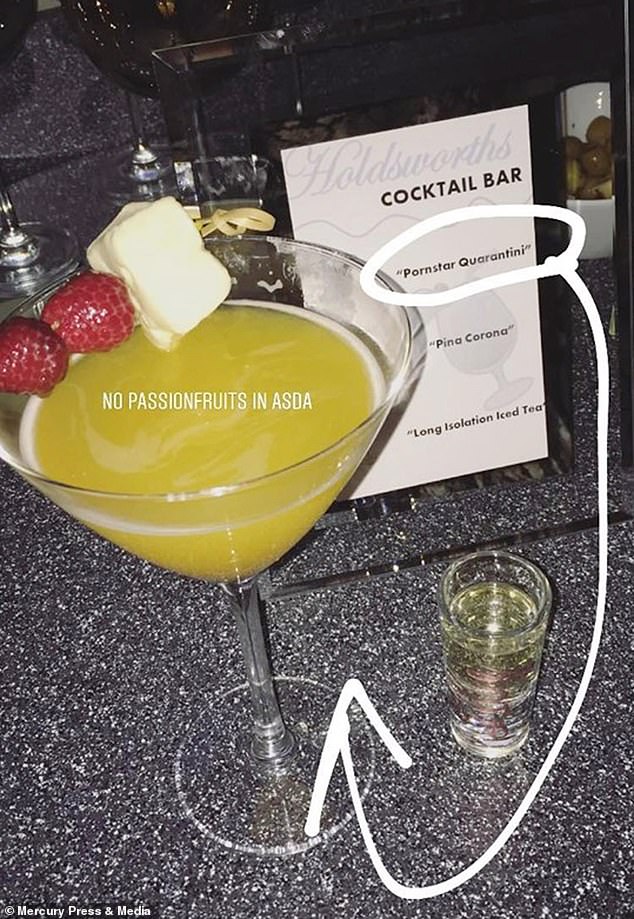 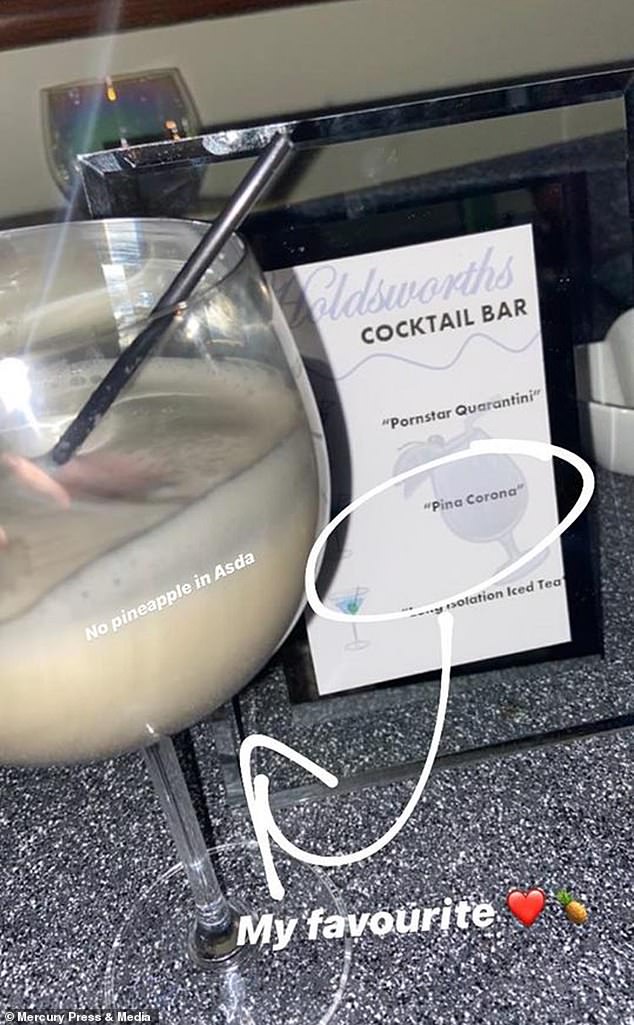 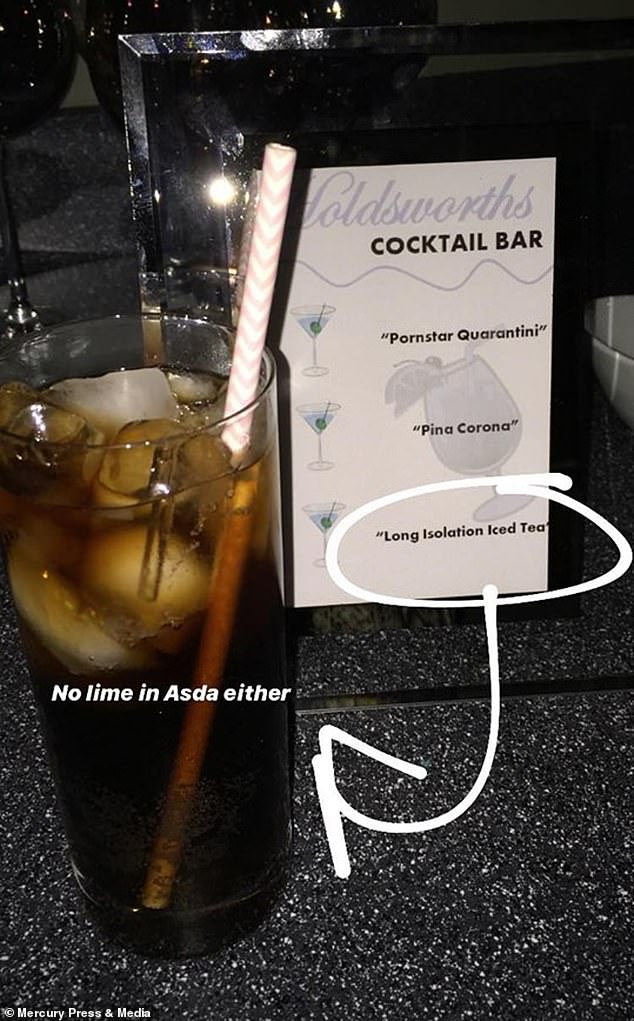 Lily said: ‘We were really drunk quite quickly.

‘Luckily, we love a party here and my parents love fancy dress so there were loads of props in the attic.

‘Joe used to work in a bar so he made the cocktails.

‘When we went to see what he’d done with his room, I was a bit worried but he really pulled it out of the bag.

‘At the end of the night we went to the kitchen for a kebab and me and mum weren’t in bed until 2.30am. 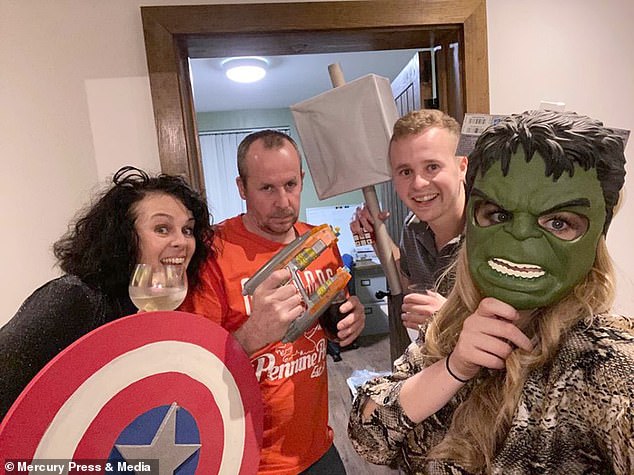 ‘No one was out of bed on the Sunday.’

She said: ‘I didn’t imagine the video would go so viral.

‘I put it on my Instagram story on the night and got loads of responses so I put it on Facebook for my parent’s friends to see, and it just escalated.

‘It was just making the best of a bad situation because we’d been moping about, so it was a pick me up.

‘Hopefully, I’ll be able to do all the stuff I’d planned eventually. 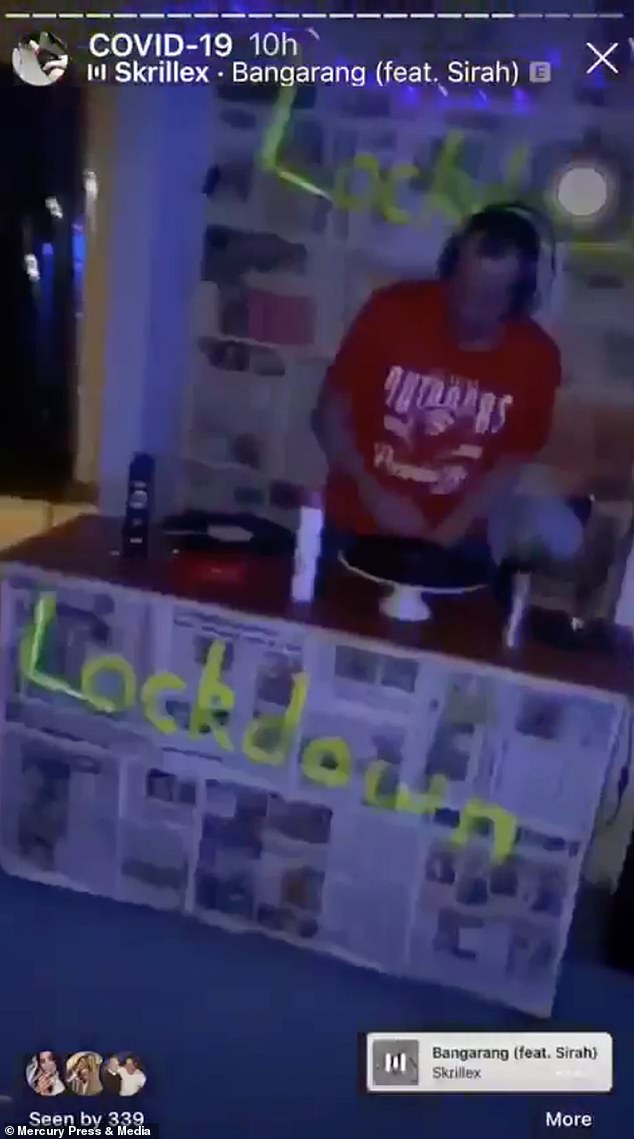 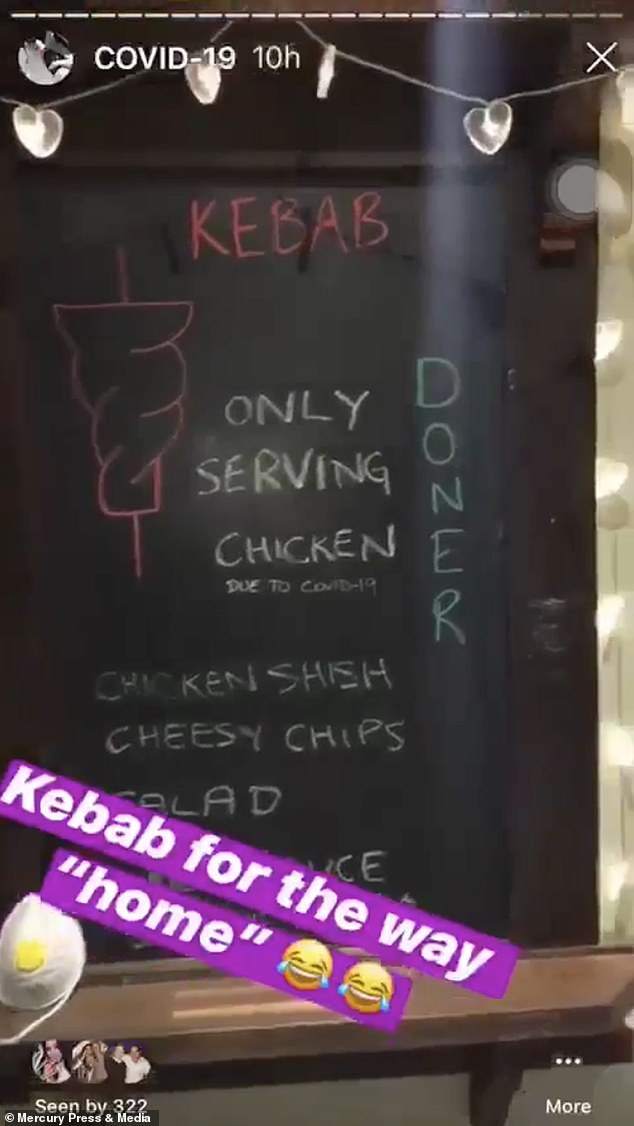