Fears for missing boy, 11, who vanished from home while his family was out, leaving cellphone & locking door behind him – The Sun

ARIZONA police are looking for an 11-year-old boy who went missing Sunday night after leaving his house while his family was gone.

Henri Ramierz-Sanchez was last seen around 11 a.m. wearing a blue button-up shirt with blue pants and black shoes – like a school uniform –  according to the Mesa Police Department. 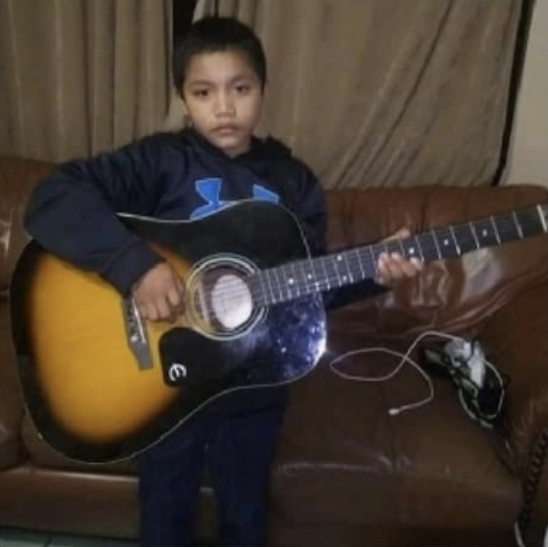 Police say he left home with a blue backpack with clothes inside.

Local ABC affiliate, ABC15, reports that the family left home and when they returned, Henri was gone.

Henri left the house without his cell-phone, locking the door behind him. 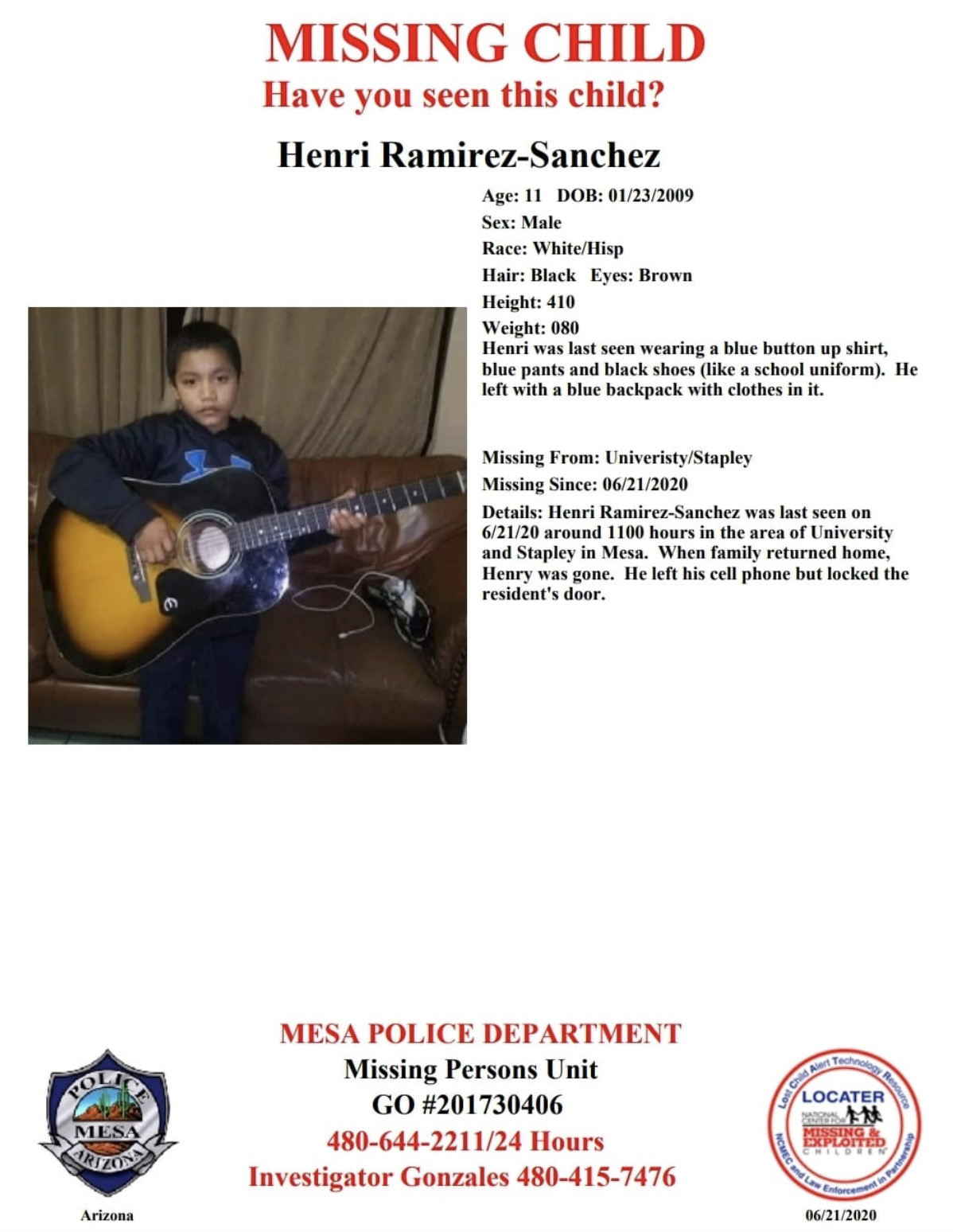 The Mesa Police Department posted a flyer reporting Henri missing on Twitter Sunday night, asking users for their help to find him.