Firefighters were called to a huge blaze at a farm in Hartlepool on Sunday that left a trail of destruction as it spread across two barns and continued into Monday morning.

The fire left devastation as it burned throughout the night, destroying machinery as it tore through pallets and hay.

Cleveland Fire Brigade were called to the farm in Butts Lane, near Hart Village at 11.15pm and it required eight appliances from across five crews to tackle the blaze.

Dramatic pictures from the scene showed gigantic smoke plumes as a result of the fire that greeted firefighters as they arrived on the scene.

By Monday morning the crews had a control of the incident with a reduced number of three appliances in attendance.

However the scale of the fire means officers expect to still be at the scene over the next few days.

A spokesman from the Brigade stated it was still ‘too early to know the cause of the fire.’ 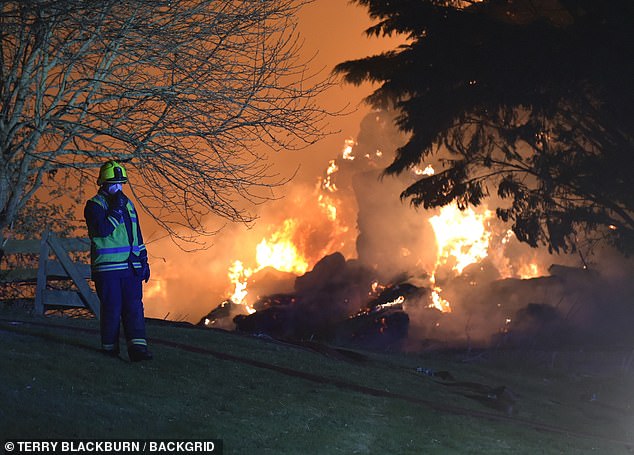 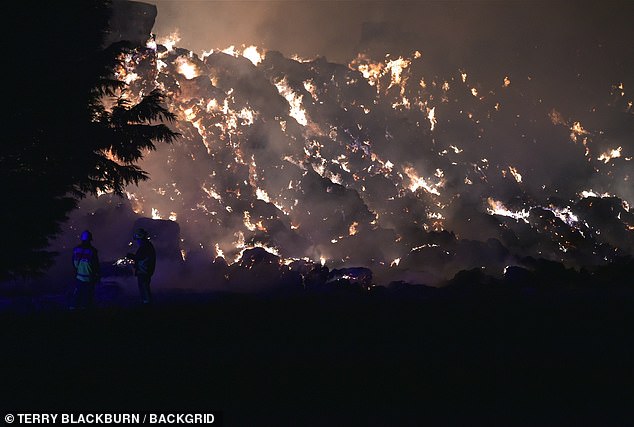 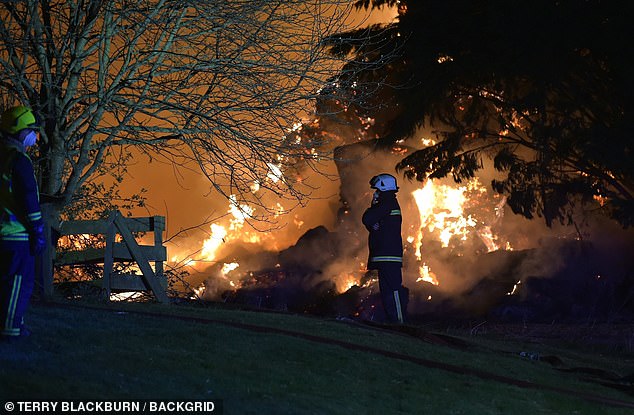 In addition they added: ‘an investigation would be carried out in the next few days as standard procedure to find out if the blaze was started deliberately.’

The incident follows another barn fire nearby at Thornley from March 20 which also saw fire crews called to the scene at a similar time of 11.14pm.

Around 500 tonnes of hay burned through the night and into the morning as crews brought the blaze under control.

A statement from local police claimed as yet they were not looking into matters of whether the fires were linked.