Florida DUI fugitive, linked to 2 deaths, busted in Mexico after 14 years on the run: authorities

A fugitive on the run for 14 years after a deadly suspected DUI crash in Florida has been brought back to the U.S. to face felony charges after recently being captured in Mexico, authorities said.

The June 30, 2007 crash along Highway 27 near Avon Park, Polk County, killed husband and wife Danny and Patricia McCown, both 59, FOX 13 of Tampa reported.

Arrested recently in connection with the case was Brian Dale Andrews, 43, of Frostproof, who was 29 at the time of the crash. He was found at the time to have a blood-alcohol reading that was nearly four times the legal limit, Florida Highway Patrol officials told FOX 13.

After the crash, Andrews spent two days in jail then fled after posting bail of $10,000, the Tampa Bay Times reported. He had faced previous DUI charges in 2001 and 2004, the report said.

Andrews was nabbed near Mexico City by the U.S. Marshals Service after FHP Trooper Chris Wells recently received a tip about the suspect’s whereabouts, FOX 13 reported. Wells has been tracking the case for more than a decade, reports said. 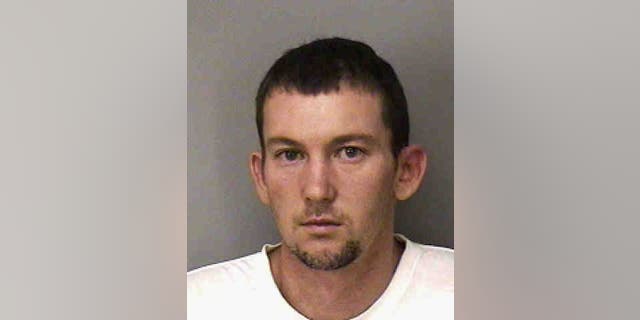 Brian Dale Andrews was 29 when he was arrested in connection with a suspected DUI crash that left two people dead, authorities say. (Polk County Sheriff’s Office)

Andrews will face the same charges from which he fled in 2007, the Times reported: two counts of DUI manslaughter, DUI property damage and two counts of driving with a suspended license involving a death.

News of Andrews’ capture brought a sense of relief to Dana McCown of Texas, one of the deceased couple’s two daughters.

“To be honest with you, it’s a little surreal,” McCown told FOX 13. “This was really a long time coming and it’s not only closure for our family but it’s closure for the justice system.”

She noted that the anniversary of the crash that killed her parents was just days away.

“He’s lived this somewhat fake life for 14 years while the rest of us have had to live in reality.”

“June comes around every year, and you have less hope that they’re actually going to find him,” McCown recalled of the past 14 years. “He chose not to accept responsibility when he did the wrong thing. And then, he’s lived this somewhat fake life for 14 years while the rest of us have had to live in reality.”

McCown said she and her sister, Michele Pennington, have missed their parents every day since the crash, FOX 13 reported.

It was unclear where Andrews was being held as he awaits further legal action, the Times reported.