The former boyfriend of a Melbourne woman who has been missing since April has been charged with murder.

Missing Person Squad detectives charged Brighton man Toby Loughnane, 41, with a single count of murder over the disappearance of Brunswick woman Maryam Hamka, 36, who was reported missing on April 15 of this year. 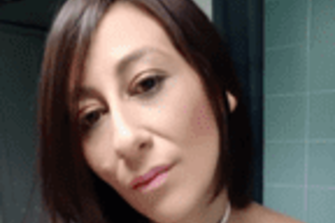 Mr Loughnane will face Melbourne Magistrates’ Court on Friday. Police say Ms Hamka is yet to be located and the investigation remains ongoing.

She was last seen leaving Woolworths in Albert Street, Brunswick, at 5.30pm on April 10. Police say she has not used her social media accounts, phone or bank accounts since then.

Ms Hamka is described as 165 centimetres tall, with a thin build and long black hair, brown eyes and an olive complexion. She was last seen wearing a black dress and had told family she was intending to visit a friend in Brighton.

Police had previously appealed for public assistance to help track the movements of a red Mazda 3, which has been seized by police. The hatchback has distinctive damage to the front left guard, police said.

Detectives have released an image of a vehicle similar to the red Mazda 3 they are tracing.Credit:Victoria Police

Ms Hamka’s brother told The Age in April that she was known for her loving nature towards her family, including her nephews and nieces.

“She had such a big, beautiful heart, she had nothing but love for all her family. It was in her nature to always help others before she helped herself.”