France has banned schools from using ‘gender neutral’ spellings, saying they are a threat to the French language.

The country’s education ministry issued the ruling last week after a push to include full stops in the middle of written words – dubbed ‘midpoints’ – which allow both male and female forms to be represented simultaneously.

But the Academie Francaise, which is responsible for guarding the French language, said the move is ‘harmful to the practice and understanding of [French.]’ 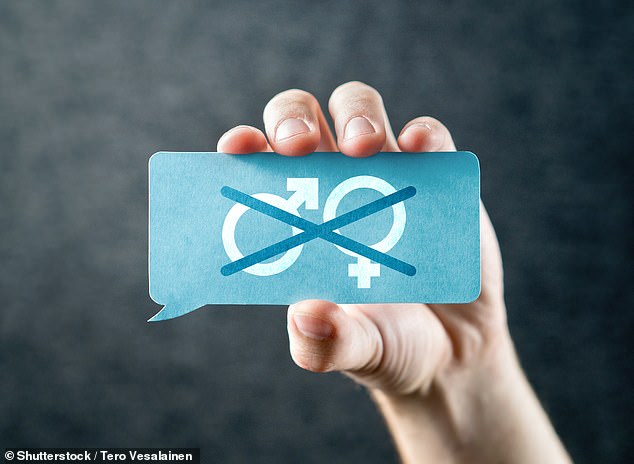 In French grammar, nouns take on the gender of the subject to which they refer, with male perferred over female in mixed settings.

Therefore, a group of friends with four women and one man is referred to using the masculine ‘amis’ – causing controversy among gender equality advocates

With midpoints included, the written world becomes ‘ami.e.s’, including the feminine ‘e’ ending – though it would still be pronounced the same when spoken.

Advocates say the midpoints make French ‘more inclusive’ but critics say it creates differences between written and spoke French which make the language harder to learn and threaten its entire existence.

Nathalie Elimas, the State Secretary for Priority Education, said the drive to make French ‘gender neutral’ will not increase it popularity, but will instead drive more people to learn English which does not gender its nouns.

‘With the spread of inclusive writing, the English language – already quasi-hegemonic across the world – would certainly and perhaps forever defeat the French language,’ she said as the ban was issued.

Jean-Michel Blanquer, France’s education minister, told Sunday newspaper Le Journal du Dimanche the use of dots in the middle of words also ‘present a barrier’ for people with learning disabilities, such as dyslexia.

In response, the left-wing SUD – one of France’s largest teaching unions – issued its own statement calling on teachers to ignore the ruling.

Blanquer should ‘stop trying to impose his backwardness on the education community,’ the statement said.

But the Academie’s decree did include some concessions to equality campaigners, recommending that certain job titles should change forms when the person holding the role is female.

For example, a female president would be referred to as ‘présidente’.

Job application forms should also include both male and female titles to encourage more women to apply, the decree added.

Research has claimed that women sometimes feel put off from applying for roles when only male forms are used on the application.