TRAVELLERS at Frankfurt Airport have been evacuated as dramatic video shows an officer pointing a gun at someone on the ground.

Terminal 1 of the German travel hub has undergone a "mass evacuation" after a suitcase was reportedly found unattended.

Initial reports claimed a "gun threat" has caused the disruption.

Yet, it appears that a piece of luggage was left unattended reportedly leading to the detainment of two people.

Armed officers have been seen at the airport while thousands of travellers have been pictured standing outside.

The train station at the airport has been shut and all flights have been stopped, it has been reported.

Despite all the disruption, the abandoned piece of luggage was found to be "harmless", reports Deutsche Welle.

The airport tweeted: "Due to an ongoing police operation, parts of Terminal 1, the regional train station and the crossing to the long-distance train station are currently closed at Frankfurt Airport.

"Passengers are asked to follow the instructions of the security staff on site," the airport tweeted.

"As a result, there may be delays in the operation. Passengers are therefore asked to check the flight status in advance on the airlines' websites." 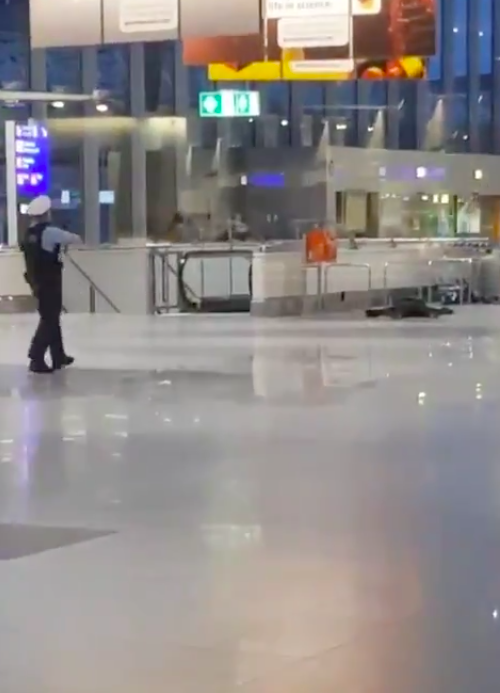 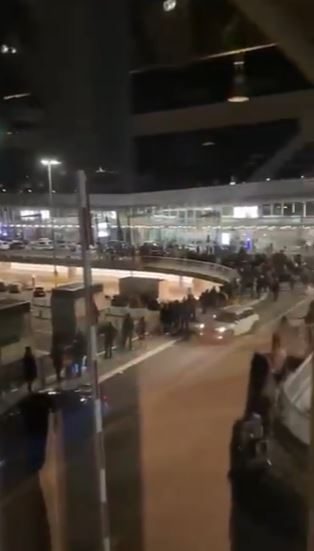