Gambling companies should be forced to have UK bases, report says

Offshore gambling companies should be forced to have UK bases to stop the Treasury losing hundreds of millions in tax, report says

Offshore gambling companies should be required to have a base in Britain to stop the Treasury losing hundreds of millions of pounds in tax, a report says today.

It found that more than half of the remote gambling services used by UK-based customers are provided by firms based in Gibraltar, a tax haven.

The Social Market Foundation think-tank called for all gambling firms to be forced to provide jobs in the UK or have a legal ‘footprint’ here to make them easier to police.

Several well-known bookmakers, many of whom sponsor Premier League football clubs, have little or no base in the UK, it said.

One example is LeoVegas, which has staff in Malta and Sweden, according to the report, and MoPlay, which was based in Gibraltar before it went bust earlier this year. 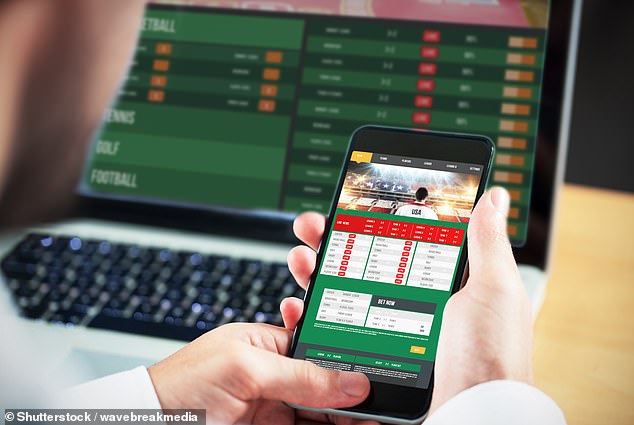 More than half of the remote gambling services used by UK-based customers are provided by firms based in Gibraltar, a tax haven. Pictured, a William Hill US sports book betting kiosk (file image)

There is also a quirk in UK industry rules allowing brands to advertise in Britain without a licence of their own, which gives firms the chance to operate ‘at the fringes’ of regulation, the report said.

Under the think-tank’s proposals, which were submitted to the Government this week, firms that can show they have a sufficient threshold of activities in the UK would be given tax breaks.

It is argued that by having staffed offices in Britain and a UK-incorporated entity, companies will be easier to regulate. British citizens and the Treasury will also benefit as more jobs will be created here.

The report authors said: ‘Our report says that gambling companies must have a physical presence in the UK if they want to operate here.’

To counter the bookmakers’ tactics, the Government brought in remote gaming duty in 2014 – now levied at 21 per cent on revenues – but the taxman is still losing out. 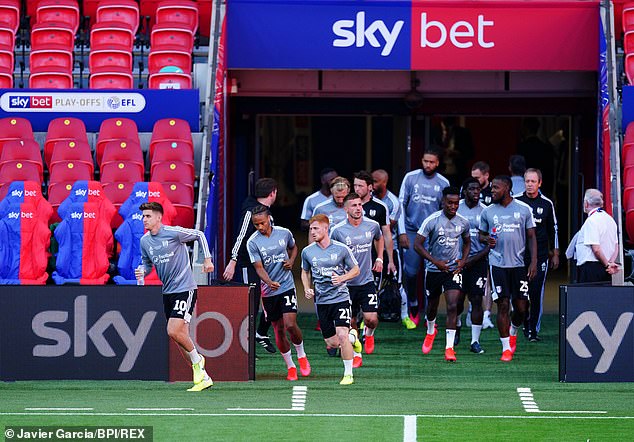 Several well-known bookmakers, many of whom sponsor Premier League football clubs, have little or no base in the UK, it said. Pictured, Sky Bet Championship Play-off Final on August 4

Matt Zarb-Cousin, director of Clean Up Gambling, which commissioned the study, said: ‘We believe gambling firms relocating offshore has resulted in hundreds of millions in tax being avoided, while the country is left to pick up the tab for all the harm online gambling is causing to society.’

The SMF report also calls for the Government to implement a £100-per-month limit on online slot game losses to protect poorer families from falling into debt.

But the Betting and Gaming Council said: ‘We disagree with the suggestion of an arbitrary and random low cap on spending…’

The Daily Mail has long called for tighter gambling regulations.