London: Britain’s parliament has voted unanimously to stage a diplomatic boycott of what they dubbed the “Genocide Games” or the Winter Olympics that China is due to host in Beijing next year.

In a early Friday morning vote, MPs called on the British government to not send any representatives to the games, including members of the royal family, diplomats and other VIPs.

The move is not binding nor would it stop athletes from competing but heaps political pressure on Prime Minister Boris Johnson to formally snub the Chinese. 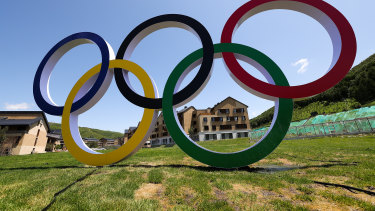 China readying itself for world: the athletes’ village for the Beijing 2022 Winter Olympic Games in Chongli.Credit:Getty

The motion was brought by Tim Loughton, a Conservative MP and member of the global Inter-Parliamentary Alliance on China which was formed by MPs around the world as a result of Beijing’s economic bullying of Australia.

He was one of several British and European MPs whom China recently sanctioned.

His motion read: “That this House believes that the 2022 Winter Olympic games should not be hosted in a country whose Government is credibly accused of mass atrocity crimes; and calls on the UK Government to decline invitations for its representatives to attend the 2022 Beijing Olympic Games unless the Government of the People’s Republic of China ends the atrocities taking place in the Xinjiang region and lifts the sanctions imposed on UK Parliamentarians, citizens and entities.” 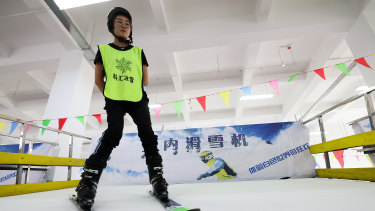 He told the Commons that the promise of China improving its human record rights as a result of being awarded the 2018 Olympics was a “sham.”

“If the Beijing Olympics are allowed to go ahead in the form that the Chinese Communist party wants, its behaviour is allowed to be normalised, and it is allowed to score the major soft power propaganda victory it craves,” Loughton said.

He said the motion would show that Britain was not turning a blind eye to “industrial-scale human rights abuses.”

“The loss of face it will suffer will show how serious the United Kingdom is,” he said.

IPAC’s co-founder and former Conservative party leader Iain Duncan Smith said Xi Jinping had shown his true intentions when the Chinese leader said foreign powers who bullied China would have their “heads bashed bloody against the Great Wall of Steel”.

“I don’t recall that you say something like that and everybody laughs,” he said.

The staunch Brexiteer strongly criticised his own government’s response to China and said Europe had been stronger in standing up to Chinese aggression by recently cancelling its trade investment deal.

“Our Government now talk about doing more trade arrangements, while we sit here as sanctioned individuals. I want the Government to act,” he said.

“It is simply not good enough for us, on the one hand, to say that we are horrified about what China does, and then, on the other, to make plans to seek more trade relationships with it and to say that we do not want to interfere with the Olympics,” Sir Iain said.

Labour MP Graham Stringer said if the games go ahead the international community should start referring to them as a “Genocide Games,” and Conservative MP Nus Ghani said the world could not let China “sportswash” its genocide.

The Commons has previously voted that China’s Uighur Muslim population in Xinjiang is being subjected to genocide.

More than one million Uighurs are estimated to have been detained in camps.

The Minister for Asia, Nigel Adams said the British government had made no decision about a boycott.