Argentina has boasted of a diplomatic victory by claiming Germany asked for their permission – not Britain’s – for a scientific ship to dock at the Falkland Islands.

In addition, German airline Lufthansa has asked for permission from Argentina for two flights from Hamburg to fly over the country en route to the Falklands. Argentina claimed this implied recognition of the Falklands as ‘Argentine territory’.

The German government is said to have asked for permission for the Polarstern research ship to dock in Port Stanley, the capital of the British-held territory.

The two, 15-hour flights are scheduled for 1 February and 30 March.

Argentina and Britain have long disputed ownership of the Falklands, with Argentina for decades claiming sovereignty over the British-run islands it calls the Malvinas. The dispute led to a brief war in 1982. 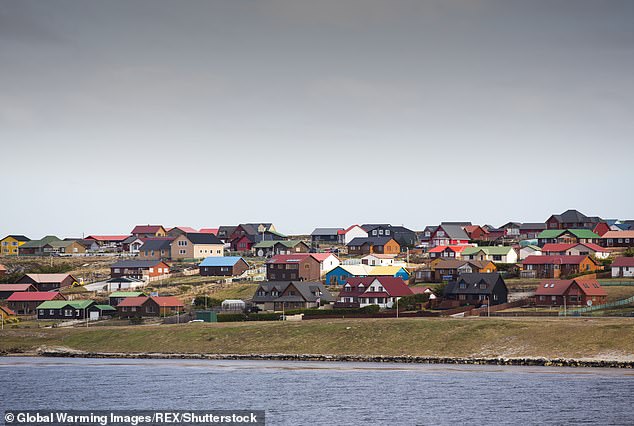 Among the requests made by German flight carrier Lufthansa was permission to dock an antarctic exploring ship, the ‘Polarstern’, outside the Falklands capital of Port Stanley (pictured)

Argentina’s Foreign Ministry said in a statement that Lufthansa had asked its civil aviation authority and regional authorities to fly over Argentina and use the Argentine Patagonian town of Ushuaia as an alternative airport should it be unable to land in the Falklands.

The Foreign Ministry said the German Embassy also asked for authorization from the Argentine Naval Prefecture for the Polarstern ship to enter ‘Puerto Argentino,’ the Argentine name for the Falklands capital Port Stanley.

‘The relevance of Lufthansa’s request presented to the Argentine authorities is highlighted as it implies the recognition of the Malvinas Islands as part of Argentine territory,’ the Foreign Ministry said. 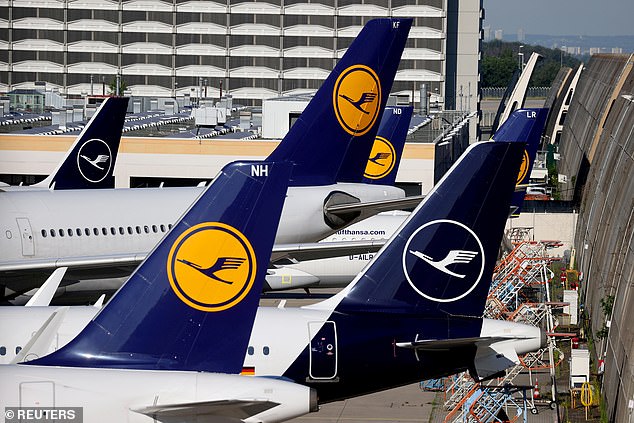 Lufthansa also asked for Argentine permission for two flights over the Falklands to support a research expedition to the Antarctic. The Falkland Islands are a British Overseas Territory

In the past year, Argentina has renewed its drive to reclaim the Falklands, appointing a Malvinas minister, saying it will redraw maps to emphasize its claim for use in schools and lobbying at the United Nations.

The German government did not immediately respond to a Reuters request for comment.

Lufthansa announced the alternate route for the flight via the Falklands in a press release on Wednesday touting ‘the longest passenger flight in the history of its company, marking one of the most unique flights the airline has ever carried out.’

Both passengers and crew at present are in a 14-day quarantine and their luggage sealed and decontaminated in a bid to try to keep COVID cases low in the remote region.