'Greedy' hotel worker, 31, is spared prison for a second time

‘Greedy’ hotel worker, 31, who used a customer’s credit card to pay for a £1,459 holiday to Menorca – after serving jail time for scamming her previous employer out of £22,000 to fund her globetrotting adventures – is spared prison for a second time

A hotel worker who used a customer’s credit card to pay for a £1,459 holiday to Menorca has been spared prison for a second time.

Rebecca Waterfall, 31, previously scammed a travel agent she worked for to the tune of £22,000, offering friends discounted holidays to destinations including Cuba and Switzerland.

The mother-of-two also enjoyed a trip to Australia with her boyfriend and pocketed £5,000 which a family had paid her to go to Disney World in Florida.

They had to be pulled out of a check-in line by detectives at Manchester Airport and told no trip had been booked after the crime committed by Waterfall was uncovered.

After going on to work as a guest relations executive at the Principal hotel in Manchester, Waterfall fraudulently used the credit card details of a man who was booking a New Year’s stay with his wife in 2018.

She used his card details to pay £1,459 for a week’s stay at a ‘premium holiday villa’ in Menorca in October 2018 with her partner and child. 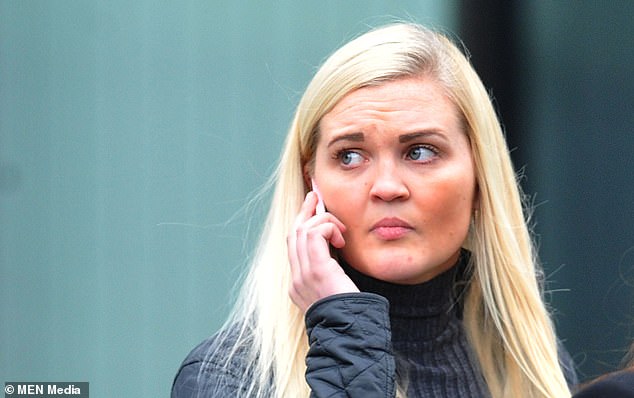 While working at a hotel in Manchester, Rebecca Waterfall (above, in 2017), 31, fraudulently used the credit card details of a man who was booking a New Year’s stay with his wife in 2018

Waterfall also used the man’s card to buy £148 worth of shopping from Asda and paid £515 to a currency firm.

She further bought a child’s sun hat worth £15.99 and a Minnie Mouse poncho towel for £12.48 from Amazon. The victim had the money refunded.

After being arrested, Waterfall claimed it had been an accident, and she had no knowledge of the transactions.

A judge told Waterfall: ‘You are prone to give way to greed and opportunistic dishonesty.’

She initially received a suspended sentence in January 2017 for the fraud committed while working for Cheshire-based travel agent Incentivise.

Pictures on Facebook had shown Waterfall on holidays kayaking, jungle trekking, meeting a koala bear, swimming with dolphins, enjoying a helicopter ride and being serenaded by musicians with Spanish guitars. 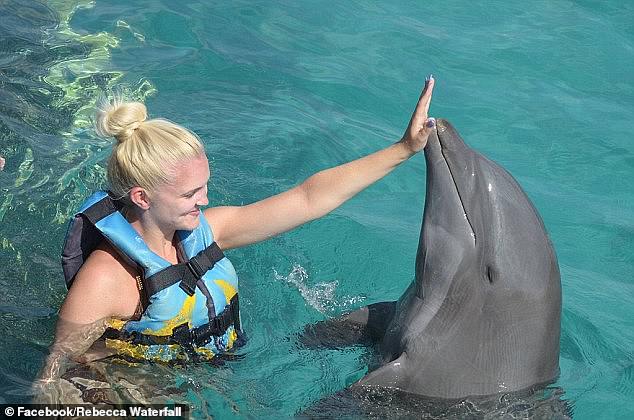 Waterfall seen swimming with a dolphin in a picture posted to Facebook. It emerged she was later jailed for nine months in 2019 after failing to comply with the suspended sentence

The court heard she had paid the money back to the family. They had to pay again to board the Florida bound flight.

At the Manchester Crown Court hearing yesterday, it emerged she was later jailed for nine months in January 2019 after failing to comply with the suspended sentence.

Now she has received a community order, after a judge said it would be ‘wrong’ to jail her again.

Judge Nicholas Dean QC said she would likely have received a longer sentence when her suspended sentence was activated, if that judge had been aware of the most recent fraud.

He told Waterfall: ‘It seems to me it would be wrong now to send you to prison, and I am not going to do that.’ 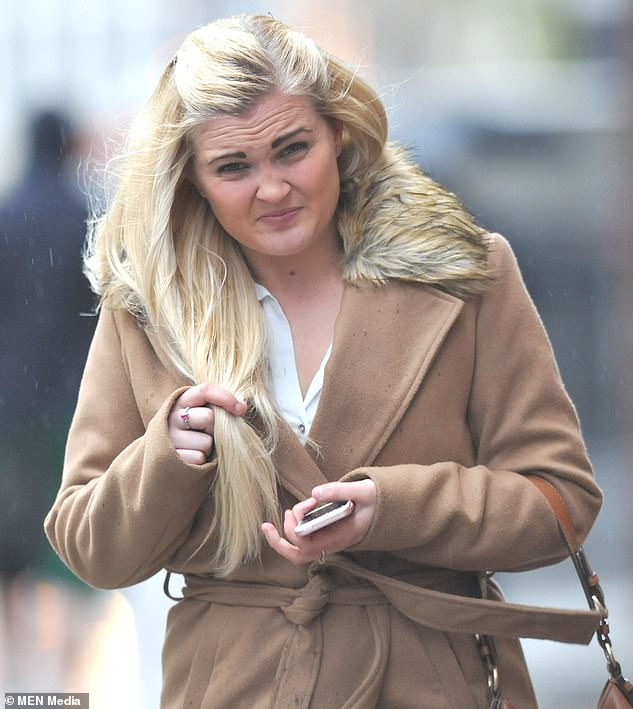 Now Waterfall (pictured above, in 2016) has received a community order, after a judge said it would be ‘wrong’ to jail her again

The court was told that she has applied to enrol on a nursing apprenticeship. But the judge said he believed she may have ‘made up’ the application.

Judge Dean said: ‘It is hard to resist the conclusion this has been made up to present a less worrying aspect of her personality to the court.’

Describing her as an ‘intelligent young woman’, the judge told Waterfall: ‘You are prone to give way to greed and opportunistic dishonesty. You must learn to resist such temptations if they are in front of you.’

Imposing the community order, the judge continued: ‘With some doubts about the wisdom of this course, and as to whether you really have turned a corner, as the probation service seem convicted that you have, I am going to impose a 12-month community order.’