GUCCI and Louis Vuitton stores were "looted" in Chicago in a night of chaos, after clashes with cops over a police shooting.

Police said crowds became angry when they heard that a person shot by cops was a child, but cops said was in his late teens or early 20s, WFLD reported. 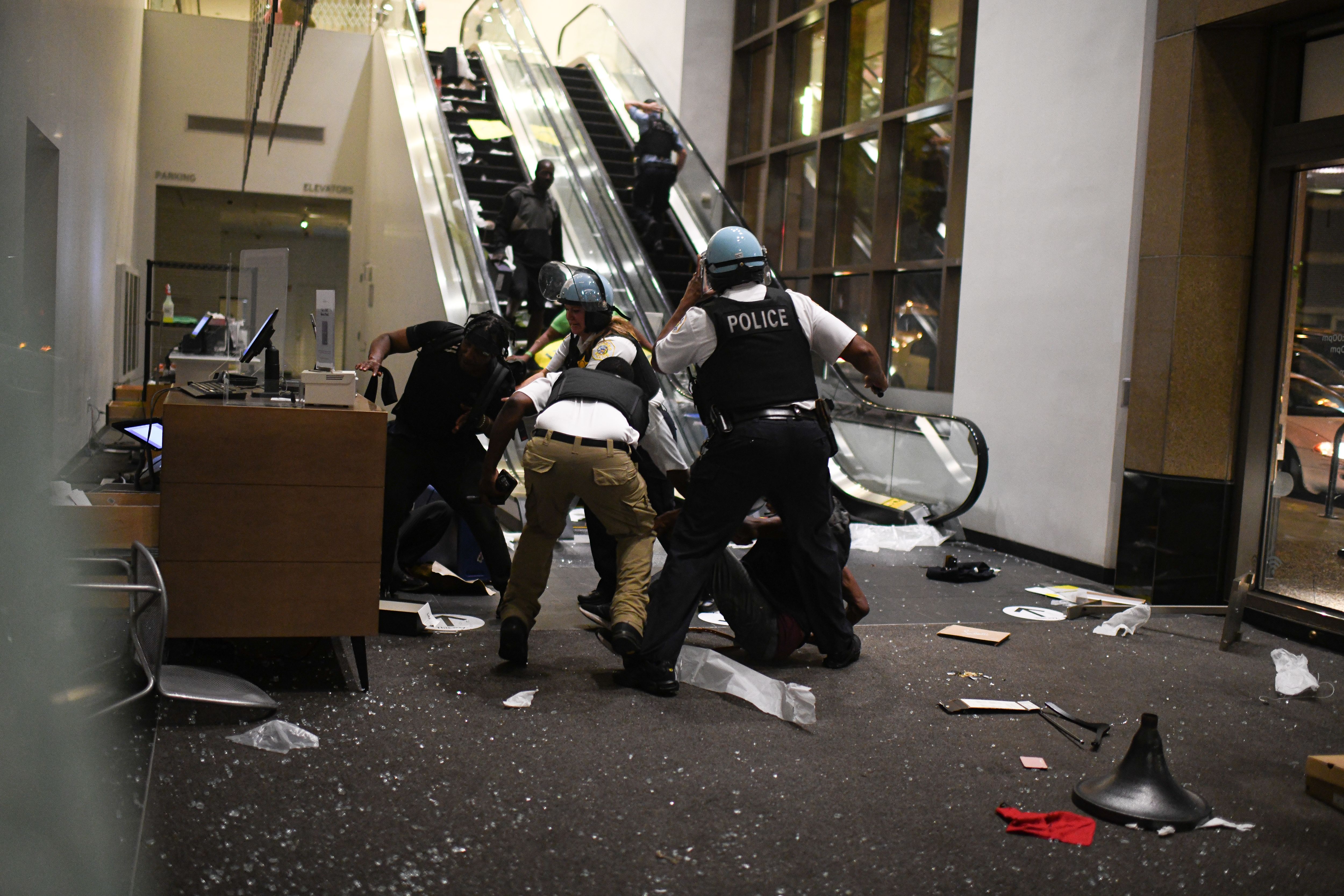 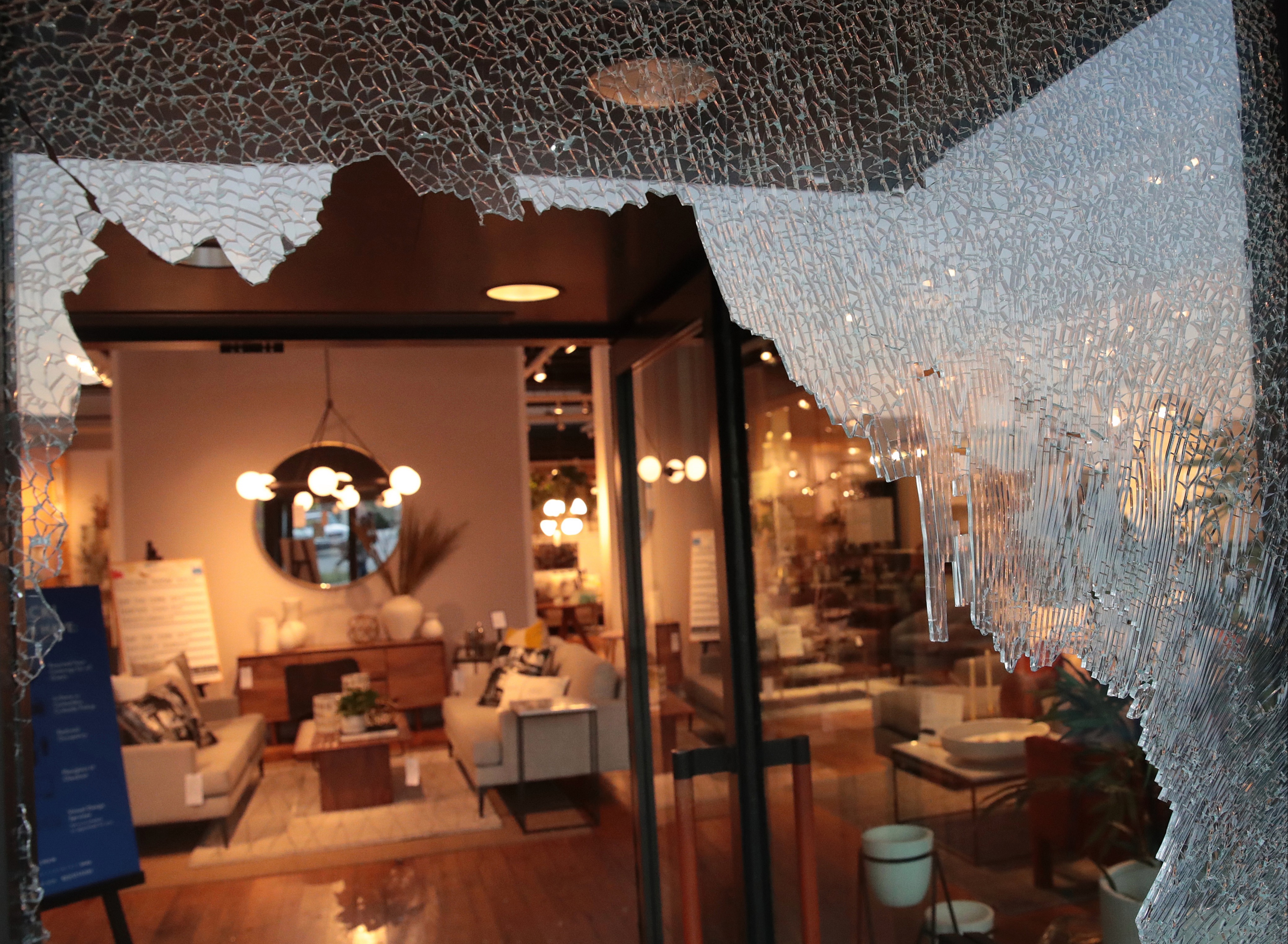 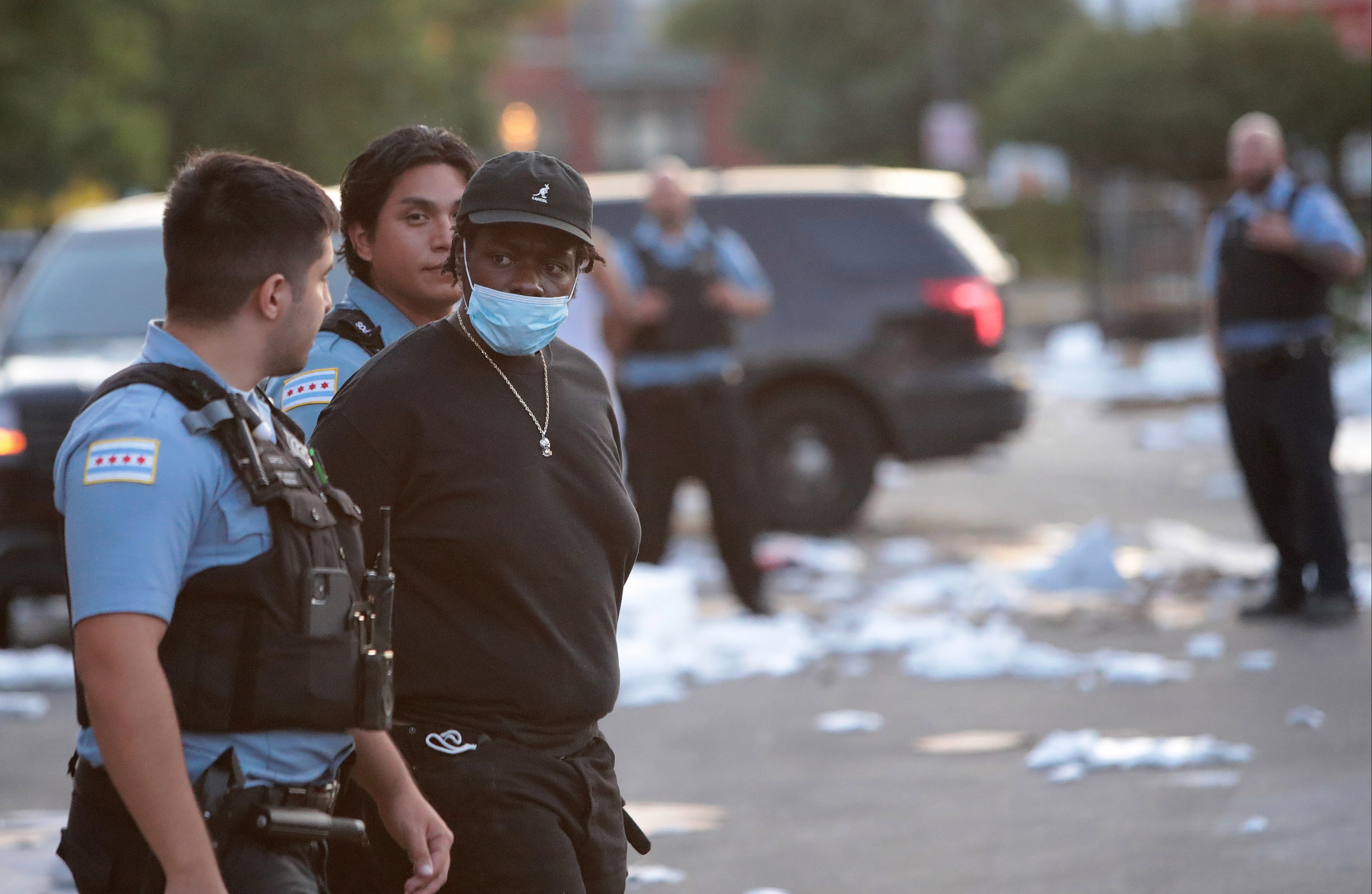 Authorities said that hundreds of people swept through the Magnificent Mile – among other parts of the city – and smashed store windows as they looted businesses, The Chicago Tribune reported.

Pictures showed debris scattered around, as business windows were broken.

Store shelves were seen wiped clean, as people came through and swiped products from the shelves.

Police said the incidents came after a police-involved shooting on Sunday. 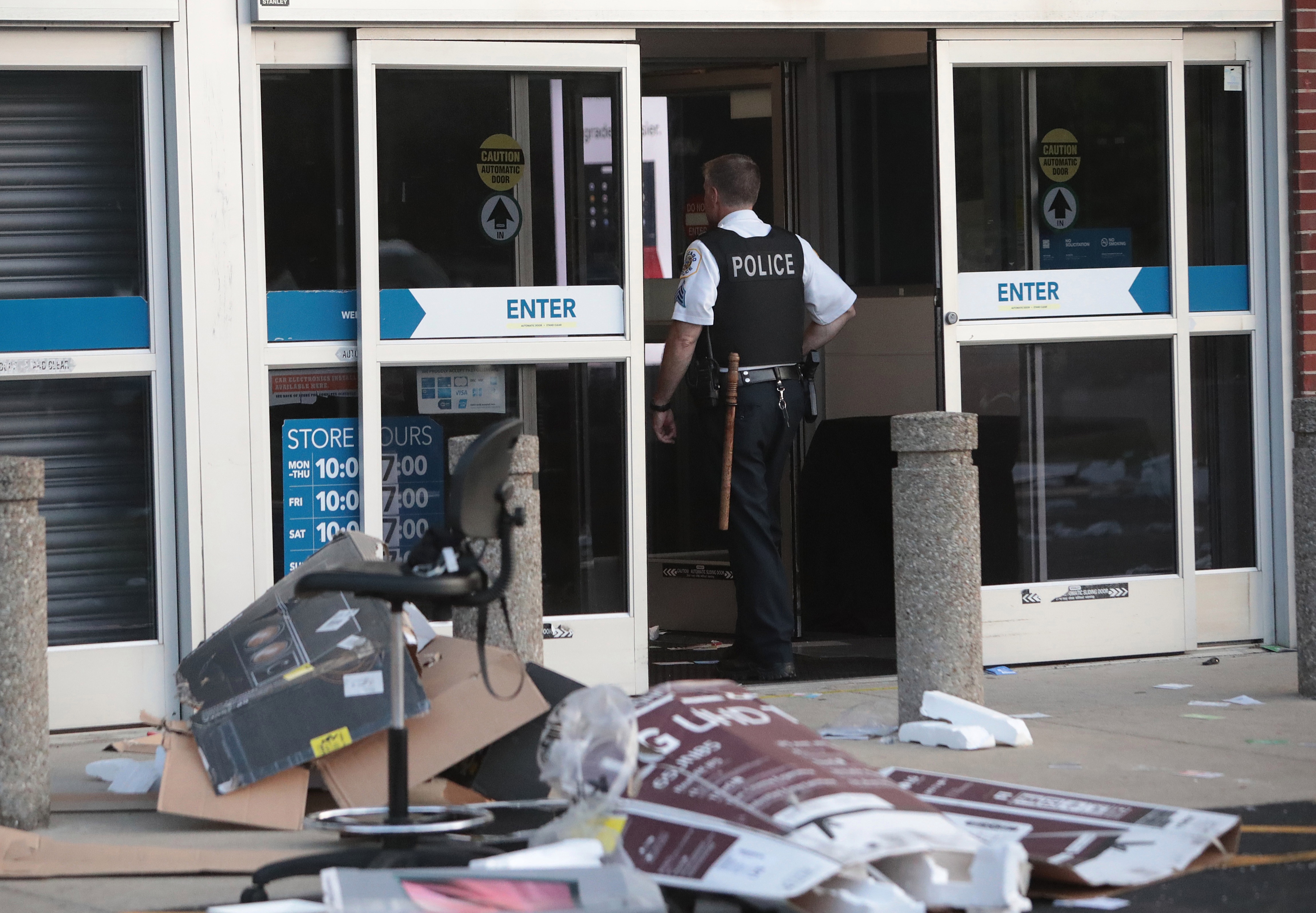 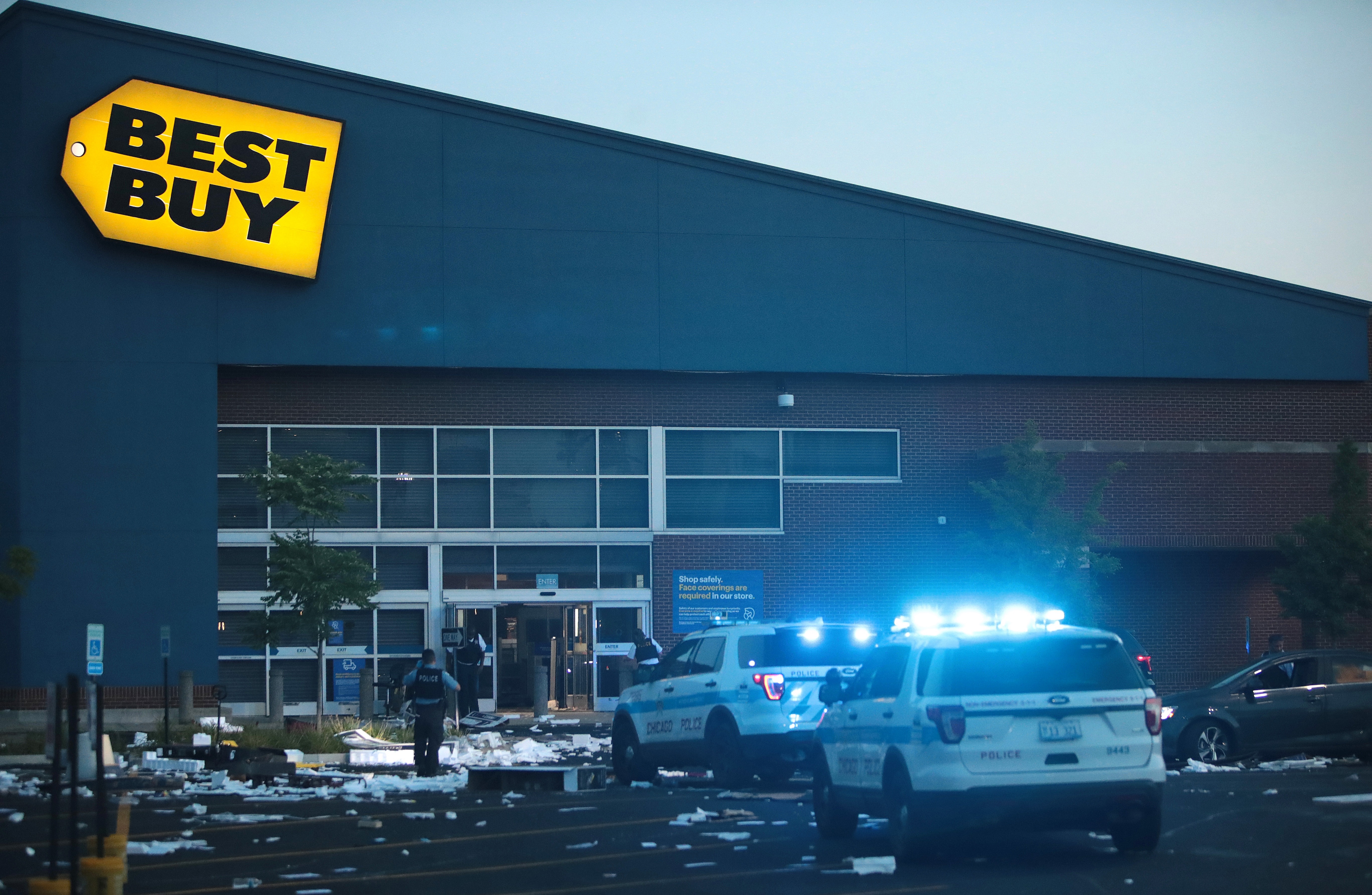 Cops were called to a scene around 2:30pm, with reports that a man had a gun.

"During the foot pursuit, the offender turned and fired shots at the officers," Deputy Chief Tally said, as reported by WFLD.

"The officers then returned, discharging their weapon."

Tally said a witness claimed that even after the victim was shot and said "I'm down," cops continued shooting.

The witness claimed that police confiscated his phone, Tally said, as reported by WFLD. 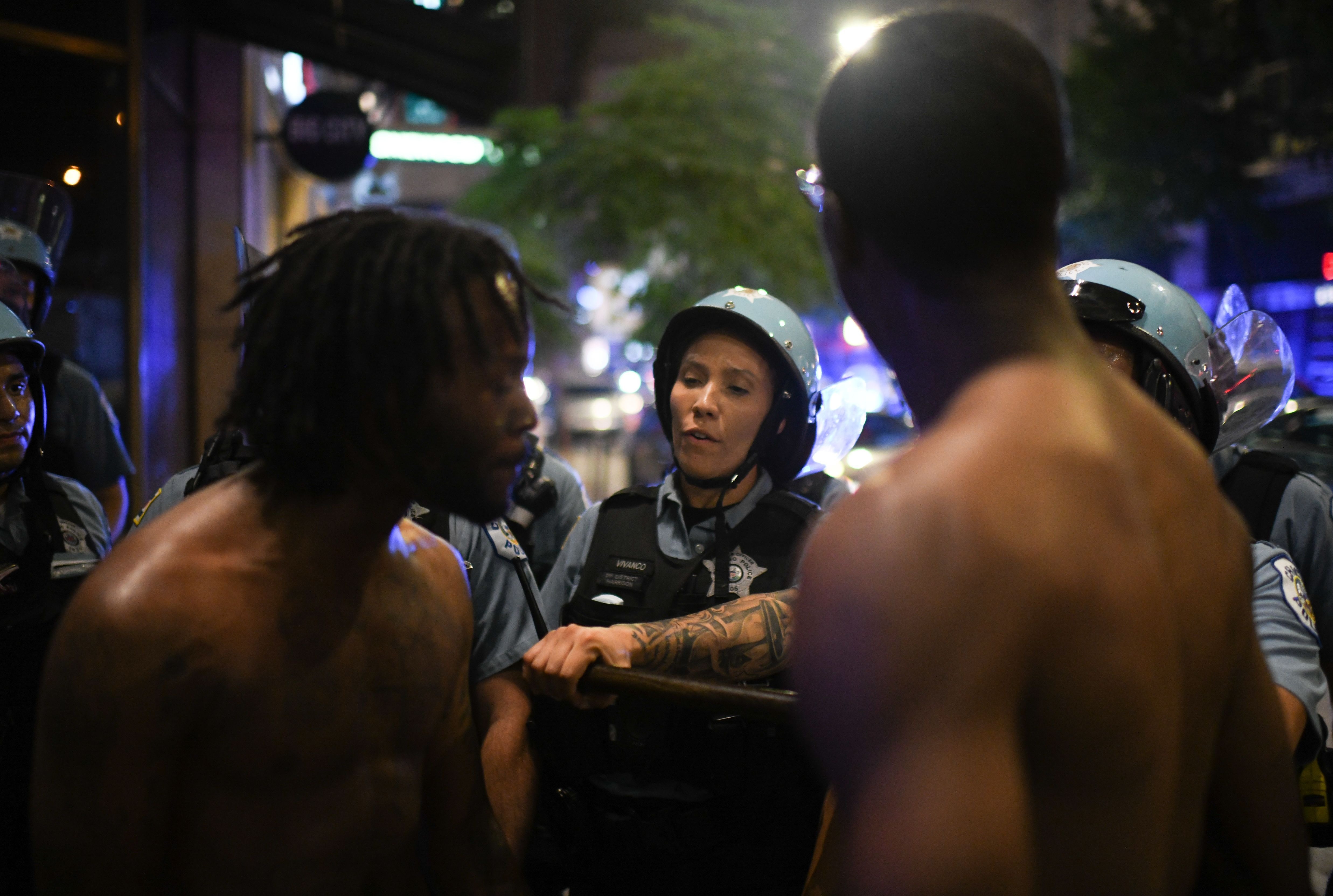 After the man was shot, people began throwing things at cops, Tally said.

The police chief said that one officer was mace, and another was left with an injured shoulder.

Chicago police will be holding a press conference with more information on the incidents at 9am EST Monday.