BORIS Johnson has pulled off a stunning victory in the Hartlepool by-election and put another brick in the Blue Wall.

Tory candidate Jill Mortimer stormed to a 7,000-vote majority to take the seat from Labour for the first time since its creation in 1974.

🔵 Read our Elections 2021 live blog for the very latest updates 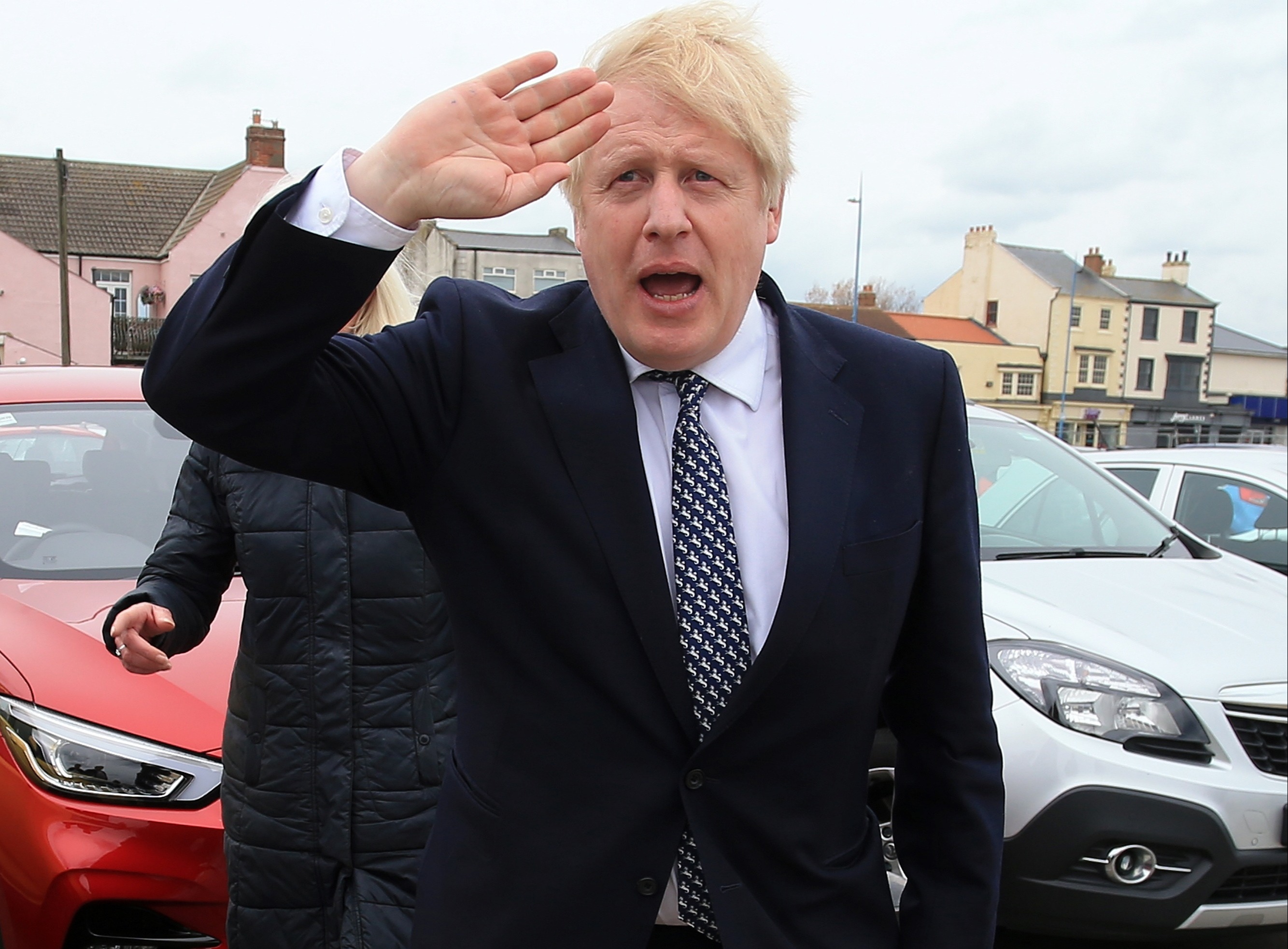 It goes down as a humiliating defeat for Sir Keir Starmer and his efforts to claw back support in the party's former Northern heartlands.

As the PM trumpeted a "very encouraging" early results, tough questions were this morning being asked of Labour's campaign.

Rival factions were quick to launch into a furious blame-game – but there were a host of reasons Labour crashed and burned.

As results steadily showed a dire day for Labour:

The Conservatives went into these elections surfing a wave of vaccine optimism as the UK's world-leading jab rollout continues apace.

Britain has streaked well ahead of other countries in inoculating the population, and now the end of lockdown is in sight.

And while the PM has endured some rocky spells of public opinion this past year, voters typically want governments to succeed in crises.

By contrast Sir Keir, who was elected Labour leader last year in the jaws of the first wave, has complained that lockdown has prevented him from talking to voters and he is yet to deliver a speech to a live audience. 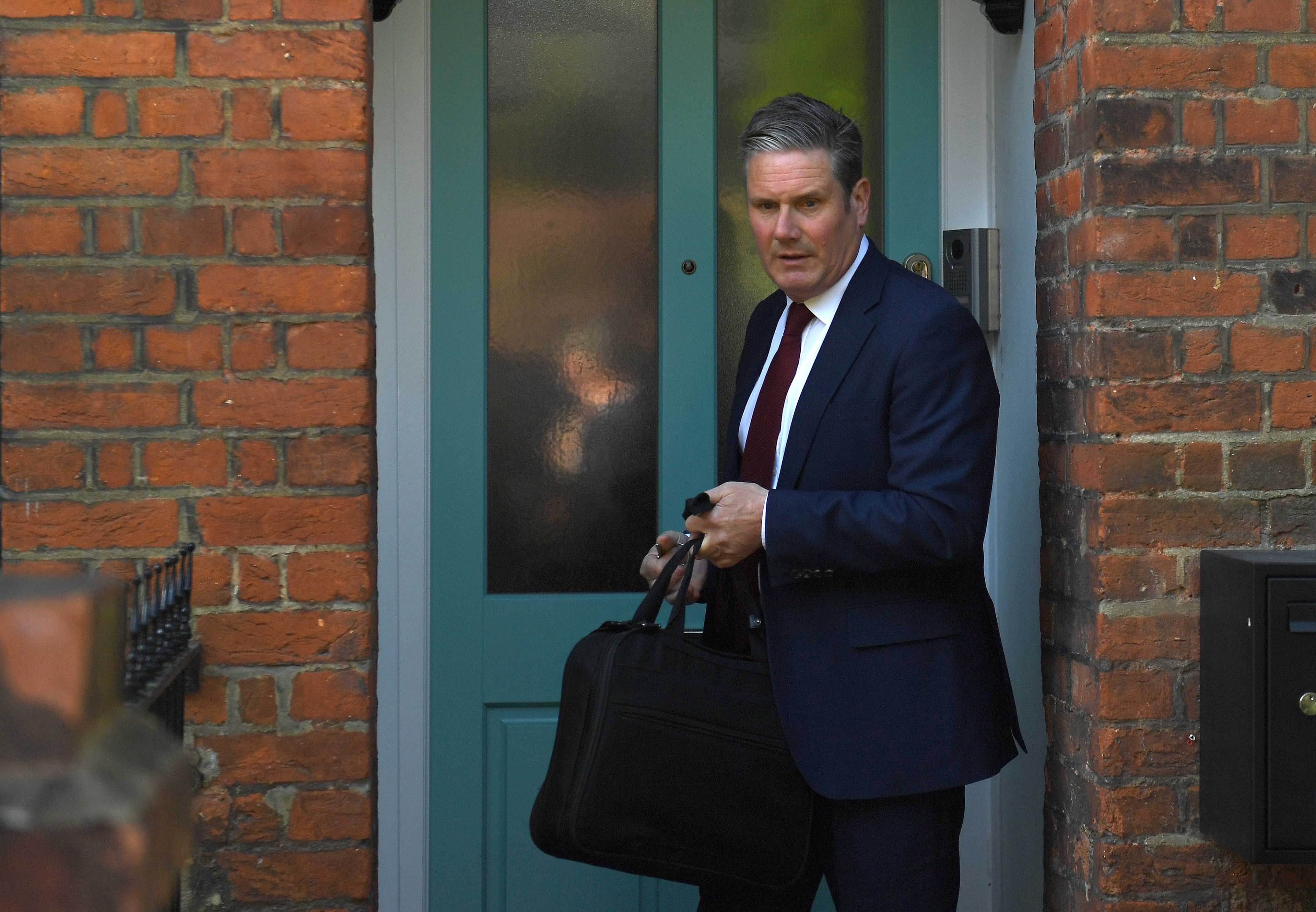 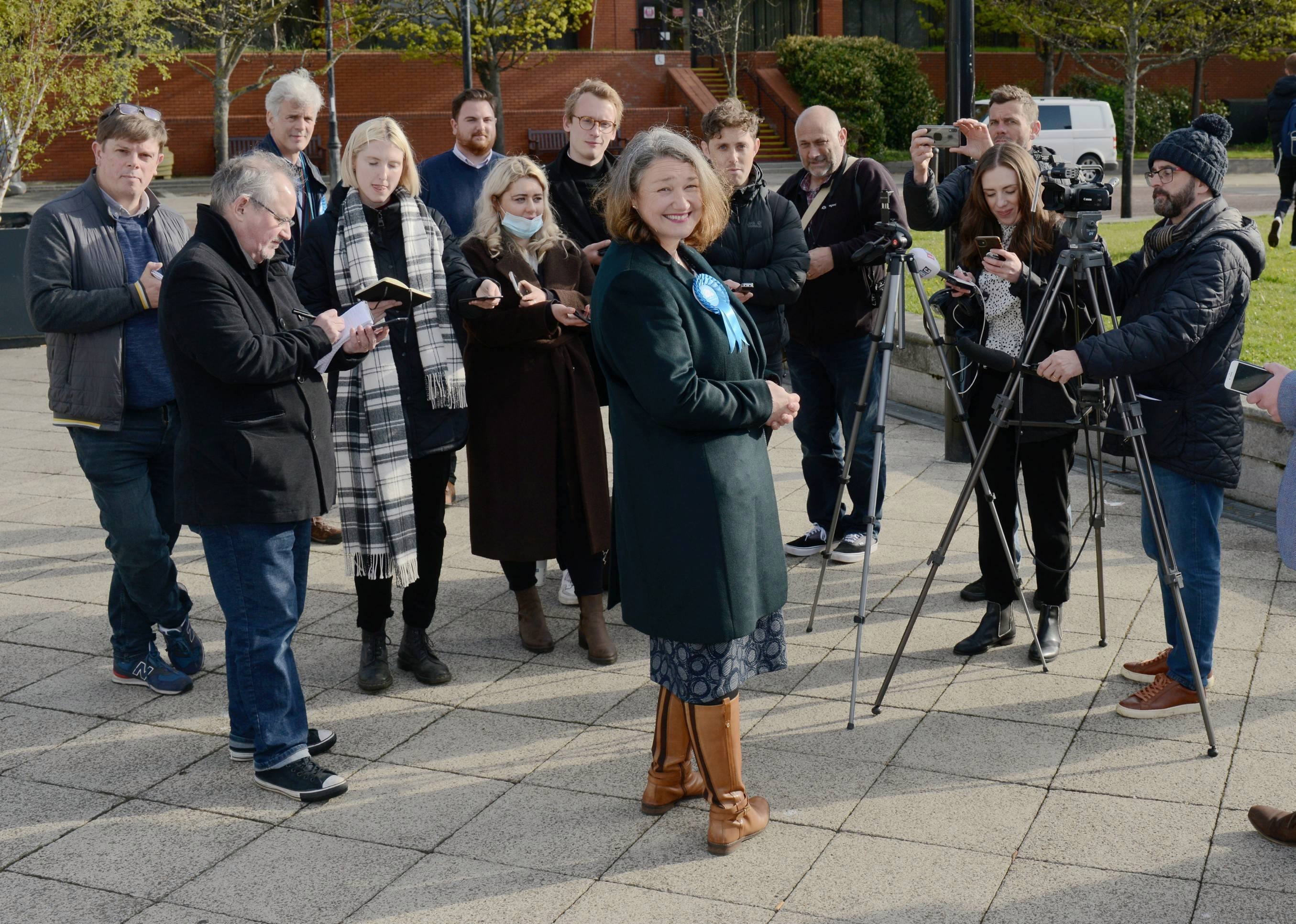 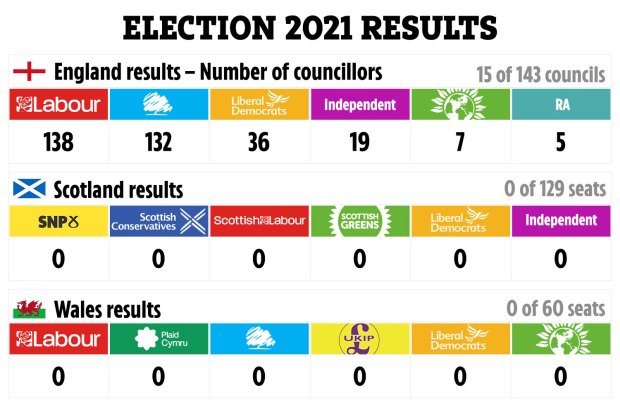 When Sir Keir became leader he faced an uphill struggle to win back supporters who deserted the party under Jeremy Corbyn.

The left-winger led Labour to its worst General Election defeat since 1935 as Red Wall strongholds in the North and Midlands crumbled.

His tenure as leader was dogged with claims of anti-Semitism, bitter infighting and radical plans for an unprecedented spending splurge.

Sir Keir has tried to change tack, and even refused to allow his predecessor to rejoin the parliamentary party.

But today's result shows he is yet to step out of the shadow of Corbyn in the minds of the electorate.

He added: "Labour voters are not letting us off lightly. He still gets them going on the doorstep."

Hartlepool overwhelmingly backs Brexit, and 70 per cent in the North East port town voted Leave in the 2016 referendum.

Brexit finally "got done" on the PM's watch after he went to the country and landed an 80-seat majority to ram through his deal.

Tories have wielded this feat throughout the campaign, while pointing out that Sir Keir was demanding a second referendum under Corbyn.

The demise of Brexit Party further cleared the stage for Ms Mortimer to hoover up Leave supporters this time.

Nigel Farage's outfit took 25 per cent of the vote in Hartlepool in 2019, which would have made up much of today's 23 per cent swing to the Tories. 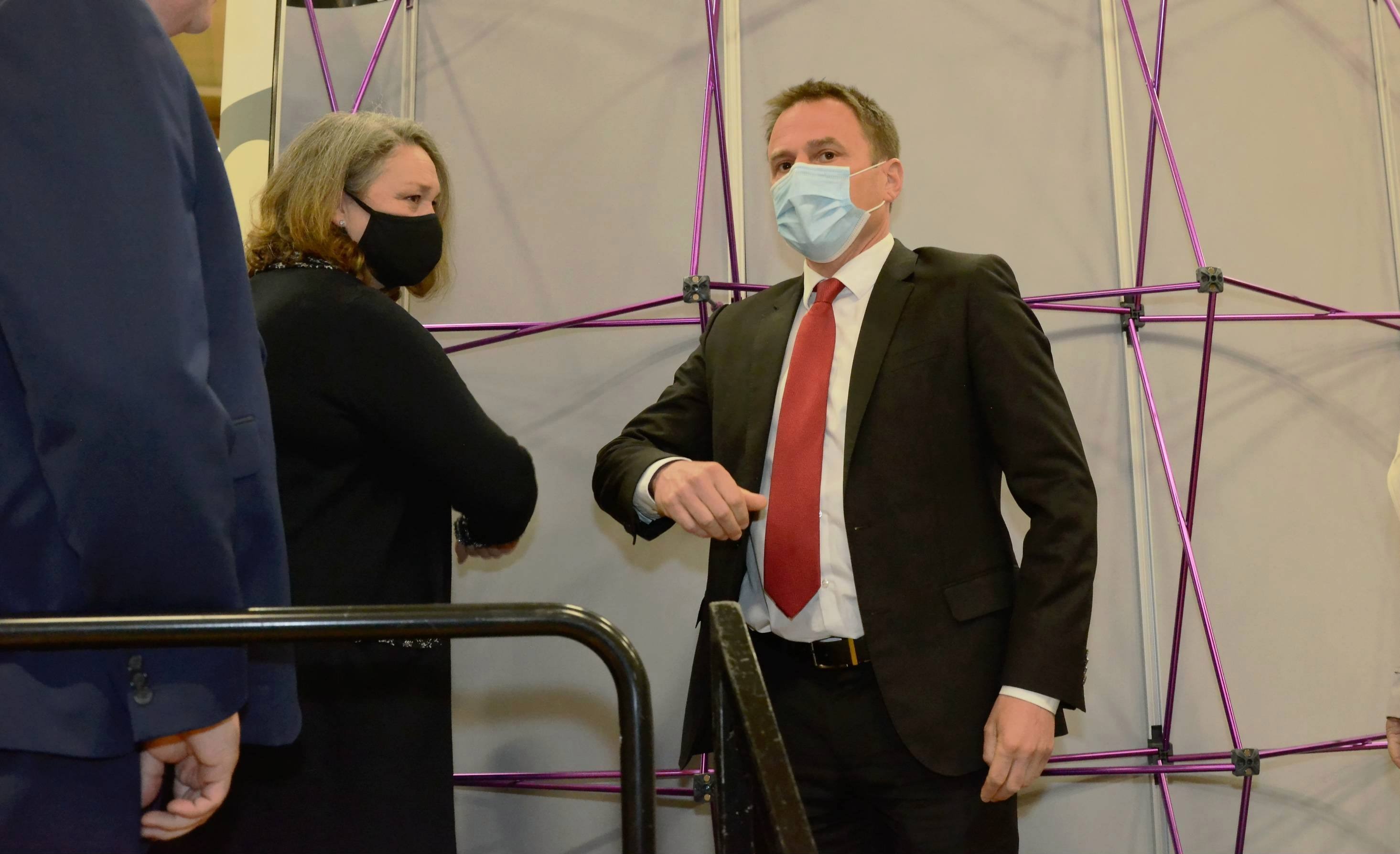 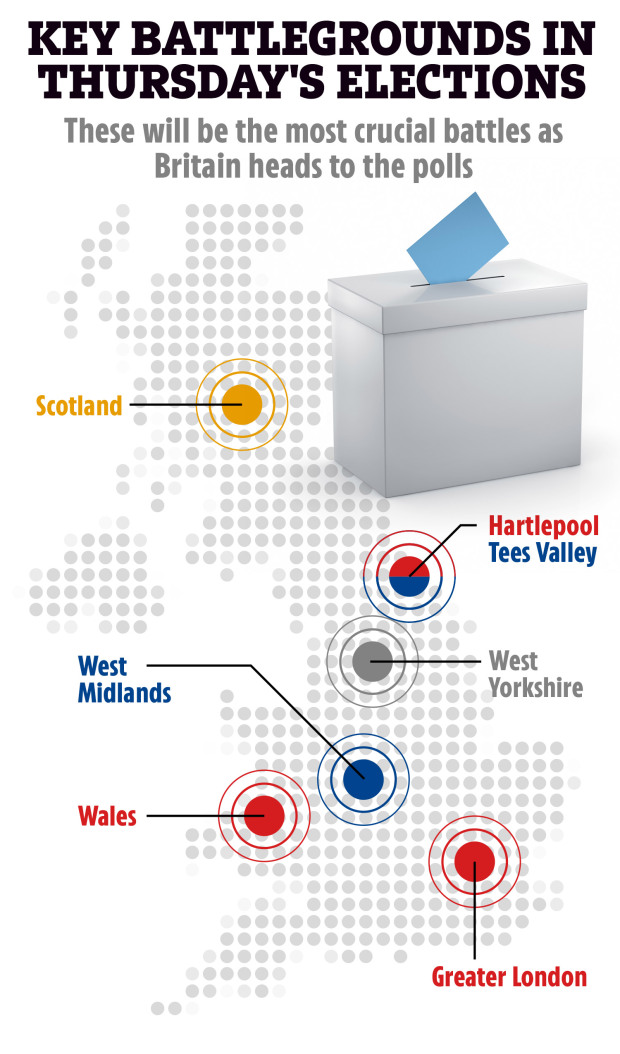 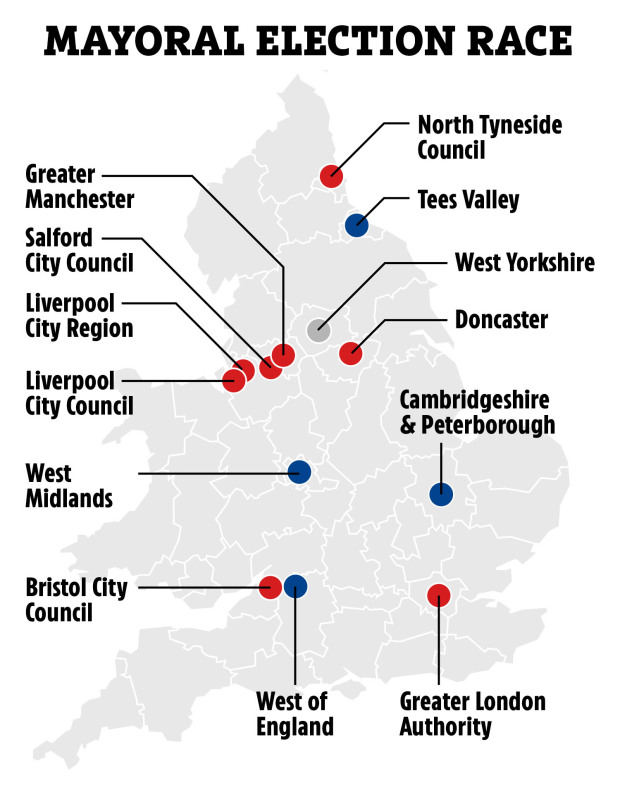 Although the local elections were viewed through the prism of Sir Keir's first test at the ballot box, Labour choice of candidate raised eyebrows.

Dr Paul Williams is an NHS doctor – but also a vocal Remain supporter and former MP who lost his Stockton South constituency in 2019.

After being selected on a shortlist of one, he was parachuted to fight the by-election in the Leave-backing town.

Mike Hill's resignation as Hartlepool's MP meant there had to be a new contest, but Labour did not have to hold it yesterday.

The decision to wrap the by-election into the bumper crop of local elections meant that Hartpudlians had multiple ballots in the polling booth.

Among them was the Tees Valley mayoralty, being defended by popular Tory incumbent Ben Houchen.

Campaigners on the ground in Hartlepool said that voters gushed over Mr Houchen for securing huge regional investment from central Government.

After putting their cross next to his name, it is likely many stuck with the Tories and also voted for Ms Mortimer to send to Westminster.

Boris Johnson was once described as the "Heineken politician" who can reach parts of the electorate others can't.

His personal likeability and feel-good charm has long allowed him more wriggle room than colleagues in the eyes of voters.

This Teflon ability has seen the recent "cash for curtains" row fail to stick, despite Labour hammering attack lines on Tory sleaze.

Outside the counting hall in Hartlepool where the Tories celebrated a historic triumph stood a giant inflatable Boris – and the PM certainly loomed large in this election.