Headteachers won’t fine parents who decide to keep their children home from school next week, unions have signalled to Downing Street.

Number 10 insisted compulsory fines should be used as a ‘last resort’ to force parents into bringing their children into the classroom when schools reopen.

But unions, who have opposed the return to the classroom because of the danger coronavirus poses to teachers, told The Telegraph fines were ‘counterproductive’.

Paul Whiteman, general secretary of the National Association of Head Teachers, said: ‘Talking about fines now is unhelpful. Members cannot say don’t use them but they are more motivated by co-operation rather than coercion.’ 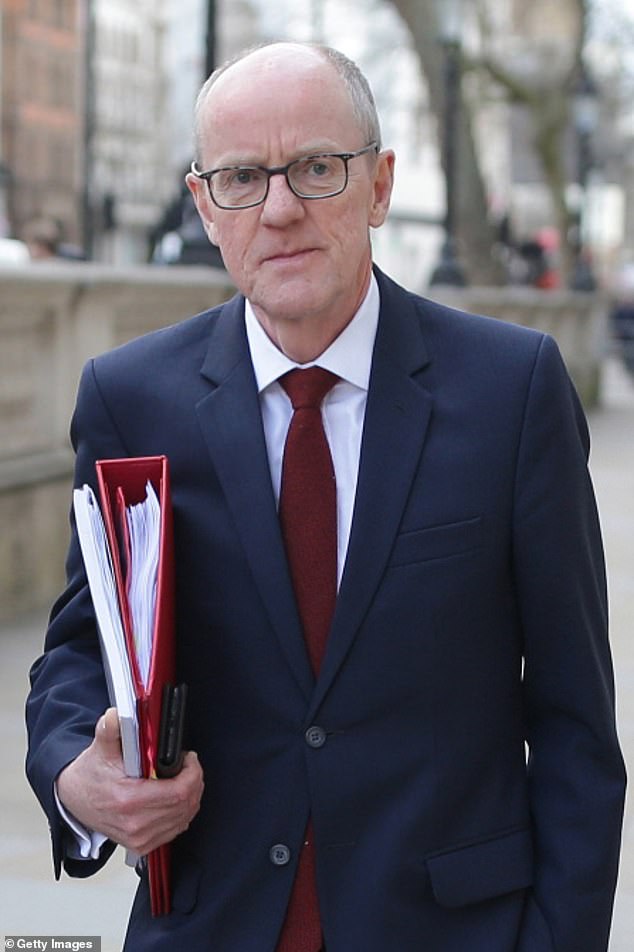 Minister of State for School Standards Nick Gibb. He said strict attendance was ‘not optional’ but parents could raise any concerns they might have 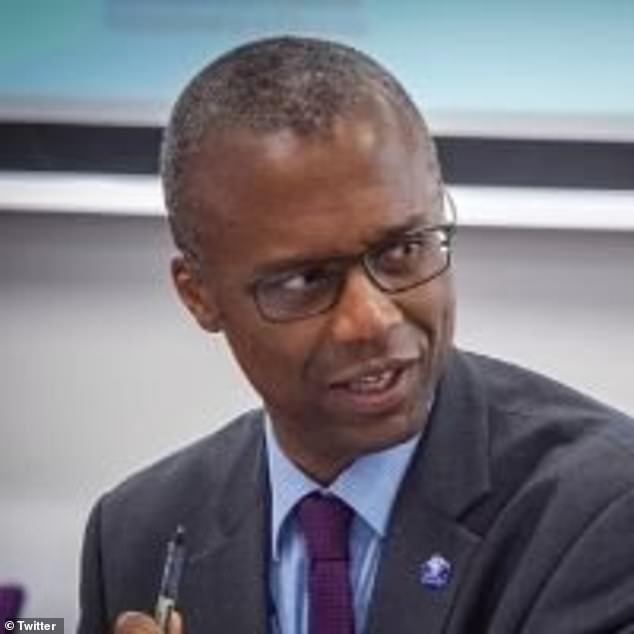 It comes as Prime Minister Boris Johnson said the risks of Covid-19 in schools ‘are very, very, very small’.

Nick Gibbs, the schools minister, said strict attendance was ‘not optional’ but parents could raise any concerns they might have.

Headteachers have the power to impose fines of £120 per parent, which is halved if paid within 21 days.

If the fine goes unpaid and the case makes it to court some parents could be left with a £2,500 fine and a three-month prison sentence. 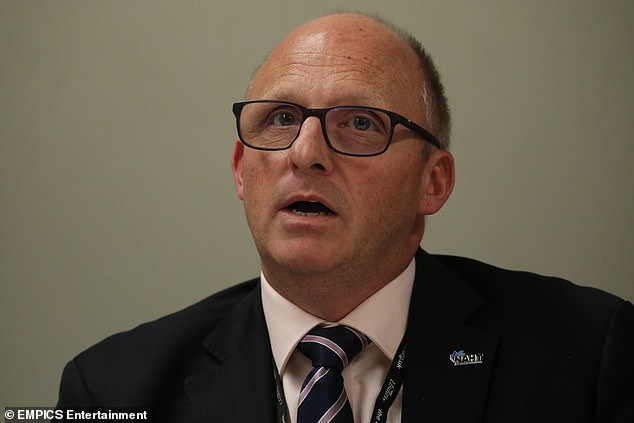 Paul Whiteman, the general secretary of trade union NAHT, said talking about fines was ‘unhelpful’ and teachers needed to work with parents

Fines are usually brought in after five days of non-attendance.

Teachers are far more likely to spread Covid than children, says leading scientist as figures show just 1 in 10,000 schools have been hit by outbreaks

Teachers are far more likely to spread Covid-19 than children, according to a leading scientist.

Shamez Ladhani, a paediatric infectious diseases specialist at Public Health England (PHE), said that school staff will maintain social distancing rules during work but are more likely to break them outside the classroom.

It comes as data shows just one in 10,000 schools have been hit by a virus outbreak since they reopened in June. Separate analysis revealed only one in 23,000 children were infected.

A PHE analysis found 70 children out of 1.6million who had returned to school in June tested positive for Covid-19. Another 128 members of staff tested positive. And only 30 outbreaks were confirmed at 23,400 reopened schools.

The analysis, published yesterday, said the majority of cases linked to outbreaks were in staff and warned that school staff needed to be ‘more vigilant for exposure outside the school setting to protect themselves, their families and the educational setting’.

Dr Shamez Ladhani, paediatric infectious diseases specialist at PHE, who headed the monitoring of England’s schools, told The Times: ‘We need to educate the educators.

‘There’s a clear need for a duty of care outside the school setting so staff need to protect themselves, and in turn other staff and pupils.’

He added: ‘Staff are very good at social distancing and infection control in the classroom, but upon leaving the school environment these measures are more likely to be broken, potentially putting themselves and their colleagues at risk.’

‘The Government needs to support schools to apply a sensitive approach that recognises the unprecedented nature of the pandemic and that some parents will have genuine safety concerns,’ he added.

The Association of School and College Leaders said there should be a ‘period of grace’ before resorting to fines.

Meanwhile, Dr Jenny Harries said the risk of children being involved in a traffic accident or of catching the flu are ‘probably higher than the current risk’ posed by the deadly virus.

Public Health England data has shown that teachers are more likely to be infected than their pupils, after one in 23,000 students tested positive during the partial reopening of schools before the summer holidays.

The Government remains under pressure over its handling of the return of schools with Tory MPs complaining ministers left it ‘very late’ to persuade parents it is safe.

Many pupils in England have not been to class since March, when schools were closed except to look after vulnerable children and those of key workers.

Schools in Scotland reopened earlier this month, while those in Northern Ireland will welcome pupils again on Monday. English and Welsh schools will follow suit in September.

The Government today stepped up its efforts to prepare for the return of pupils as Dr Harries suggested the risk coronavirus poses to pupils is actually very small.

She told Sky News: ‘Every time a parent sends their child off to school, pre-Covid, they may have been involved in a road traffic accident – there are all sorts of things.

‘That risk, or the risk of seasonal flu, we think is probably higher than the current risk of Covid.’

Her comments sparked controversy on social media as some accused her of ‘shockingly superficial thinking’.

Dr Harries also told the BBC: ‘No environment anywhere we can say is 100 per cent risk free so I think we need to make that clear.

‘We think that the risks for children in schools is exceptionally small from Covid but the risks of not attending school are significant.’