A HERO neighbour has told how he helped save a dog owner who was mauled by his pet pitbull Hugo – leaving him fighting for his life.

Mark Barlow, 32, described how the dog tore “chunks of flesh” from its owner during the horror attack in next door's garden. 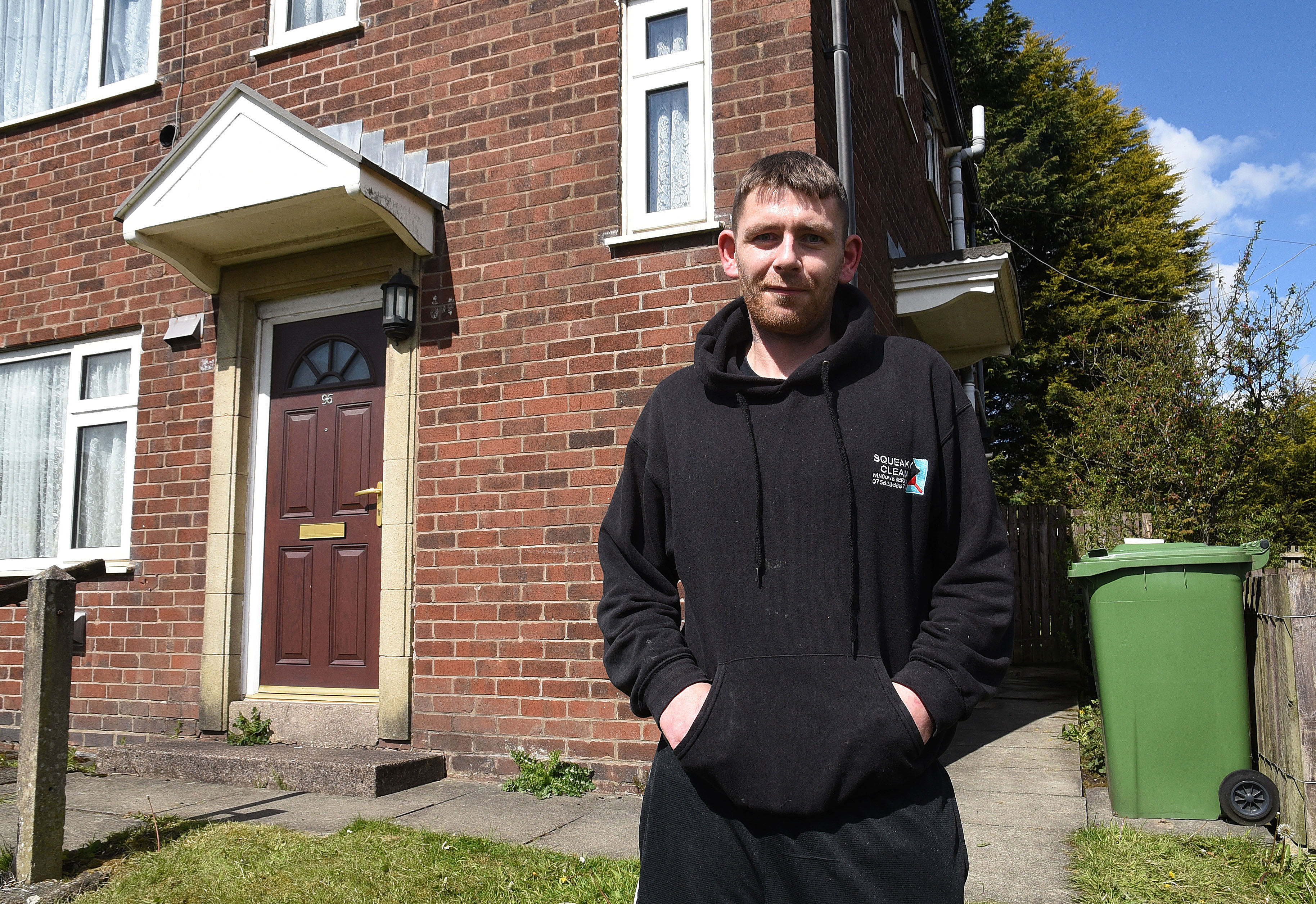 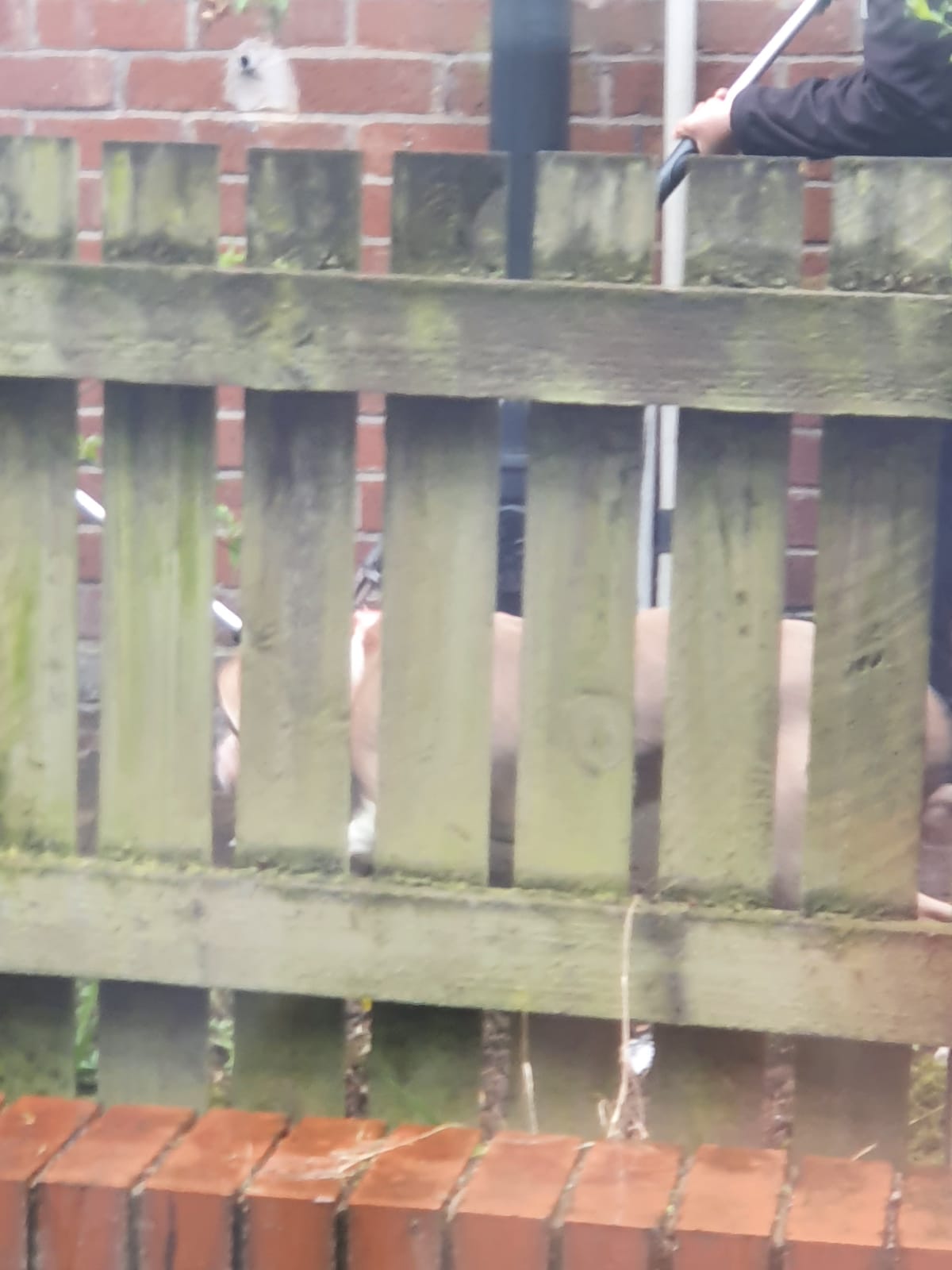 Police, paramedics and an air ambulance were called to the victim's home in Bolton, Greater Manchester, at around 1.20pm on Thursday.

He was then taken to hospital with life-threatening injuries.

The 50-year-old had only had the dog – called Hugo – for a couple of weeks but had wanted it seized by dog wardens because it had bitten him the previous day.

Neighbours claimed they had also contacted the council over fears concernsit was a “dangerous dog”.

Two dog wardens turned up around 30 minutes before the attack but as they attempted to take Hugo away he knocked his owner down before mauling him and dragging him around the garden.

Hero Mark described how Hugo mauled the man like a “rag doll’ and dragged him from one side of the garden to the other with the attack lasting 10-15 minutes.

He told The Sun Online: “I heard a lot of shouting from the garden and went to see what was happening.

“[My neighbour] was shouting, ‘F***ing get off me” and when I went out I could see two dog wardens were there.

“I think one of them had gone to get a muzzle and that’s when the attack happened.

“The other one was trying to pepper spray Hugo but that only seemed to make him more angry.

“I jumped up on the wall and thought about going in the garden but my partner Sammi didn’t want me to.

Blood marks could still be seen on patches of grass where the man had struggled to escape Hugo’s jaws. 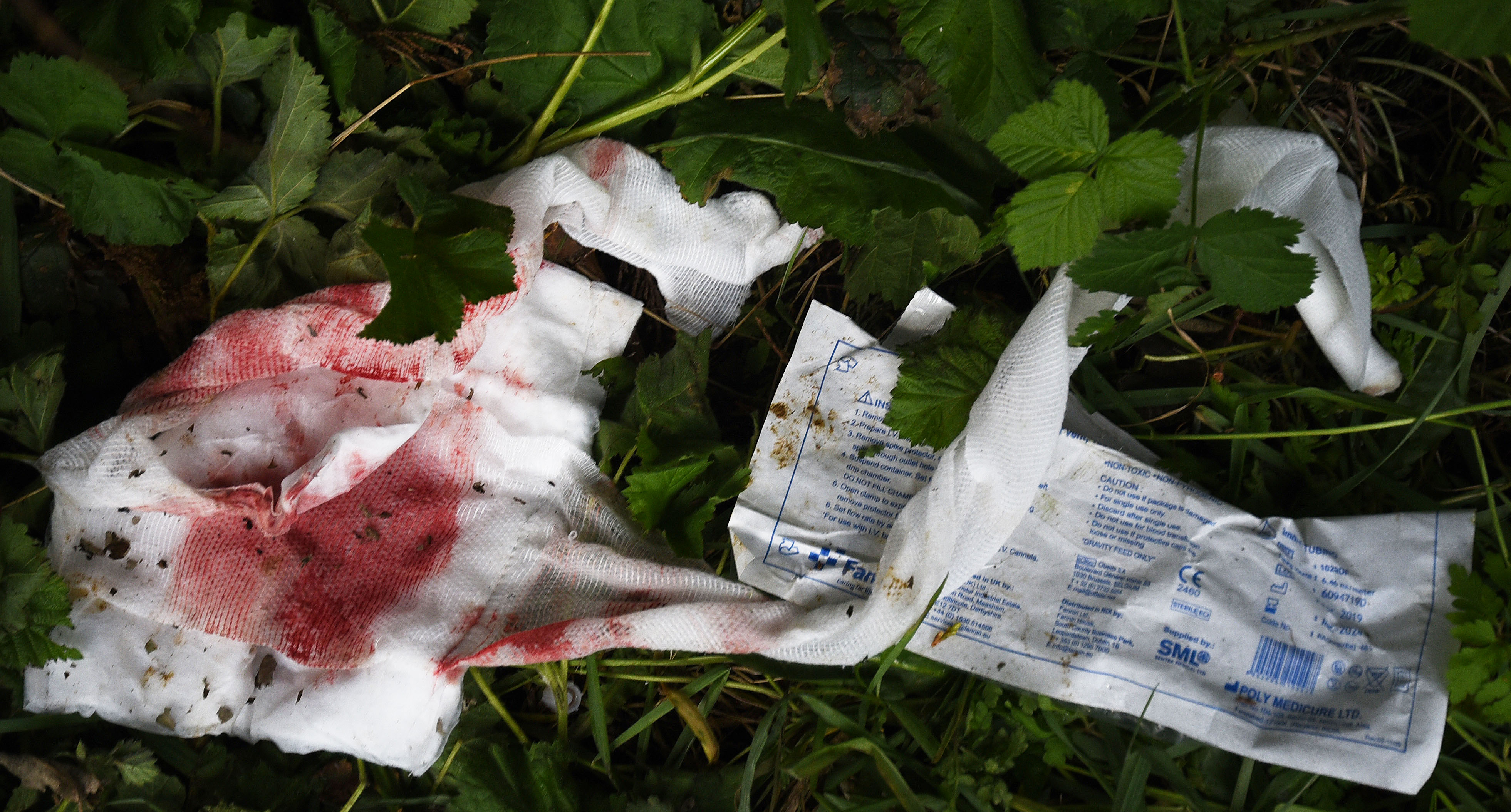 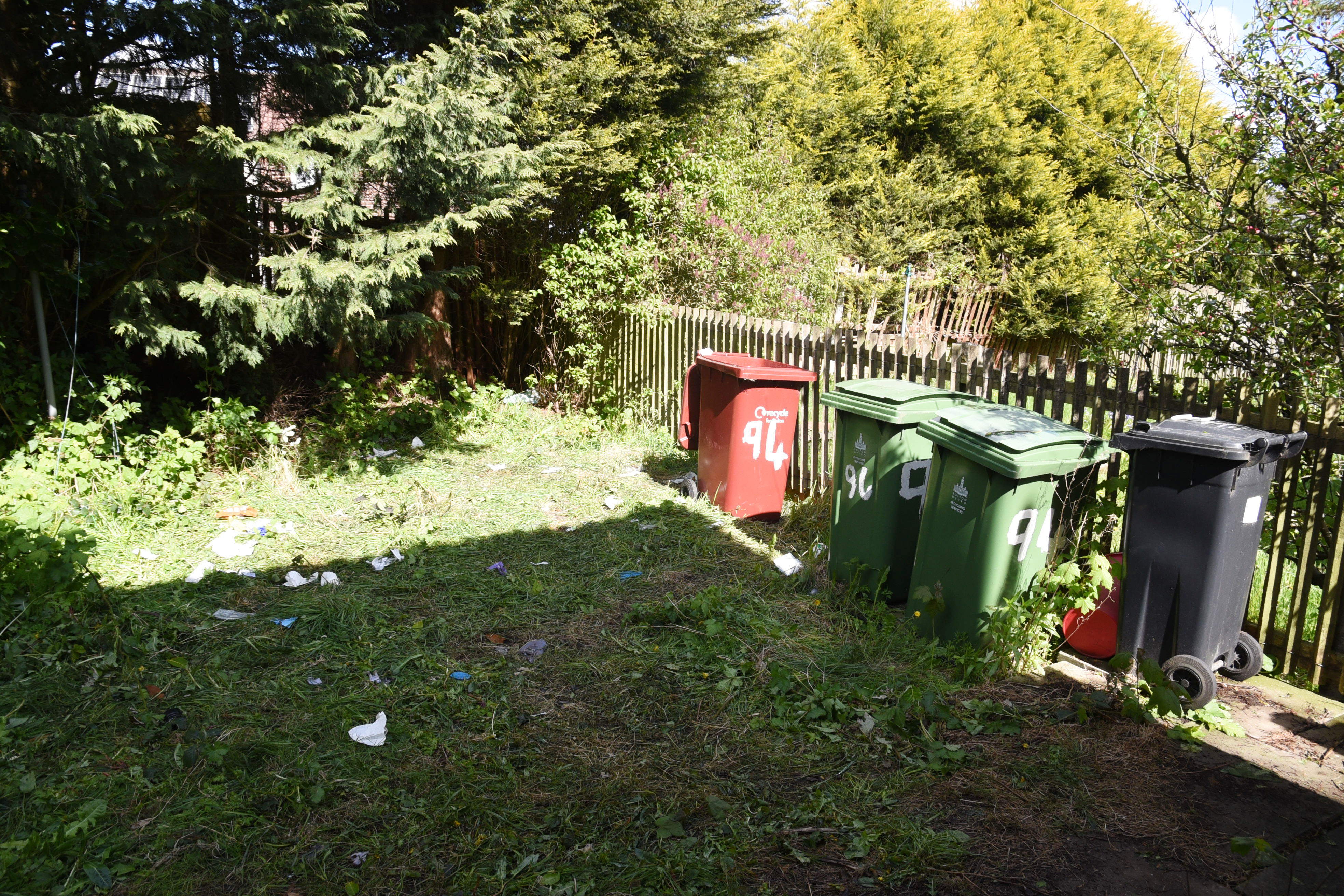 The hero added: “I was shouting, ‘Hugo, Hugo’ to try and get the dog off him and then I told Sammi go and get a tennis ball.

“I threw that into the garden and it seemed to distract Hugo and one of the dog wardens was able to get him under control using a noose around his neck.”

Mark said his neighbour, who – to his disbelief – had shouted ‘Good boy Hugo’ during the attack in a desperate attempt to stop it – was left with devastating injuries all over his body.

“There were puncture wounds all over him,” he said.

"There was a bad wound behind his ear and there were whole chunks of flesh missing from his arms and legs – you see his tendons in places.

“He’s lucky to be alive really. If it had been a child, the child would certainly be dead.”

Mark said Hugo had bit his neighbour the previous night and he’d had to go to hospital.

It was dragging him from one side of the garden to the other.It just treated him like a rag doll.

Friends had urged him to hand it over to dog wardens but it’s understood the owner first contacted police and then Bolton Council – just an hour before the attack.

The council sent two dog wardens but, tragically, they couldn’t prevent the attack.

Mark believes Hugo is a red-nose pitbull and can’t believe the dog could leave such horrific injuries.

“But [my neighbour] is only skinny so the dog must have have knocked him over before attacking him,” he said.

“It was dragging him from one side of the garden to the other.  It just treated him like a rag doll.

“The attack must have lasted around 10 to 15 minutes.”

Neighbour Colbert Alleyne, 62, who lives in the flat above the dog owner, claimed he contacted the council four days earlier over concerns Hugo was a “dangerous dog”.

“You could tell just by looking at it,” he said. “It was a vicious-looking dog.”

“I knew it would attack someone.”

A spokesperson for Bolton Council said the owner had contacted them an hour before the attack and members of its dog control enforcement unit were immediately sent to the scene.

Prior to that – the day before the attack – he had also contacted police, the spokesperson said.

He said he wasn’t aware of any neighbours who’d contacted the council in the days before the attack. 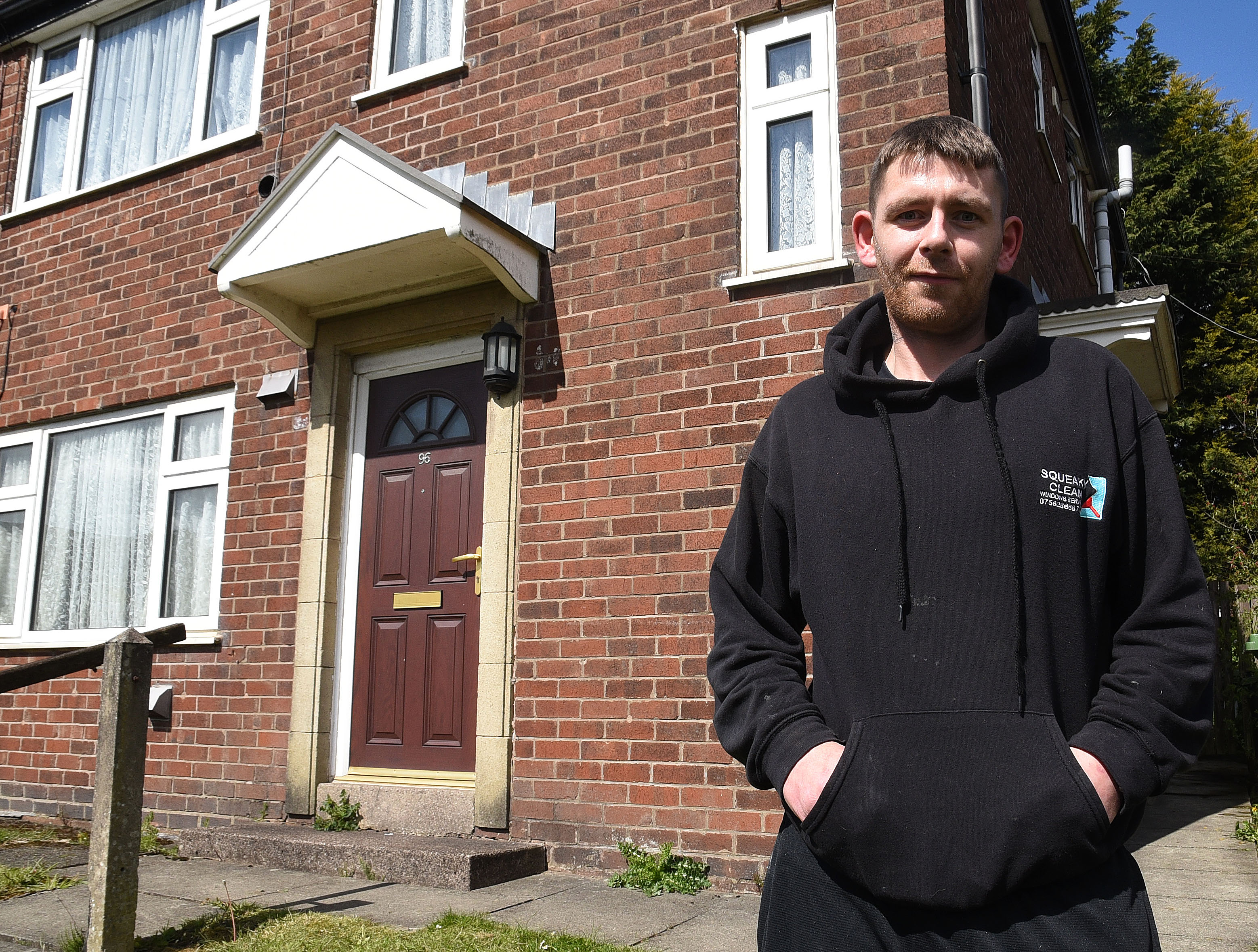