A TEEN is fighting for life after being repeatedly stabbed next to a London railway crossing in a brawl with three men.

The 18-year-old was rushed to hospital with stab injuries as another teen was arrested. 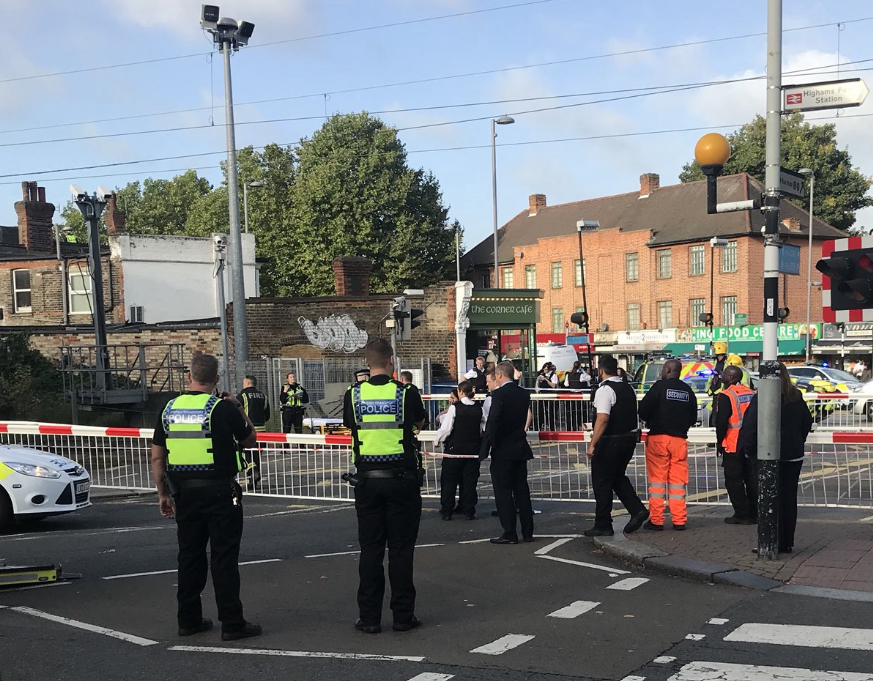 Cops raced to Larkshall Road, near to Highams Park Overground station around 2.30am today.

They found the teen with multiple injuries and performed first aid before medics arrived.

Officers have said they are keen to trace a silver car, possibly a VW Golf, that was seen in the area at the time.

Detective Inspector Daniel Thompson, leading the investigation said: “A young man is currently in hospital fighting for his life as a result of this attack.

"We are just a few hours into our investigation, we really need to speak to anyone who was in the area at the time and witnessed any suspicious activity around the railway crossing on Jubilee Avenue.

“I am especially keep to hear from anyone who saw a silver car that was paying particular attention to this incident.

"We know that this car stayed in the area for a number of minutes before driving away in the direction of Broadway.”

An 18-year-old man has been arrested on suspicion of affray and is currently in police custody.

If you have any information that could help the investigation please call police on 101 and quote CAD 661/18August. Alternatively if you want to remain 100% anonymous contact Crimestoppers on 0800 555 111.

Trains will be delayed or cancelled until about 3.30pm, National Rail said.

London Overground tweeted this morning: "No service between Hackney Downs to Chingford and Edmonton Green to Cheshunt while emergency services deal with an incident at Highams Park.

"We hope for this to be resolved as soon as possible."