Wonderwalls! Historic home with recording studio where Oasis made Definitely Maybe and The Stone Roses, Supergrass and Robert Plant also recorded is up for sale for £2.25m

A historic home with a recording studio where seminal albums by Oasis and the Stone Roses were made has been put up for sale – for the first time in nearly 50 years.

The Old Sawmills has been described as a truly unique waterside property wich has been unavailable on the open market for 48 years.

The Stone Age site is believed to be the inspiration behind classic novel The Wind in the Willows. 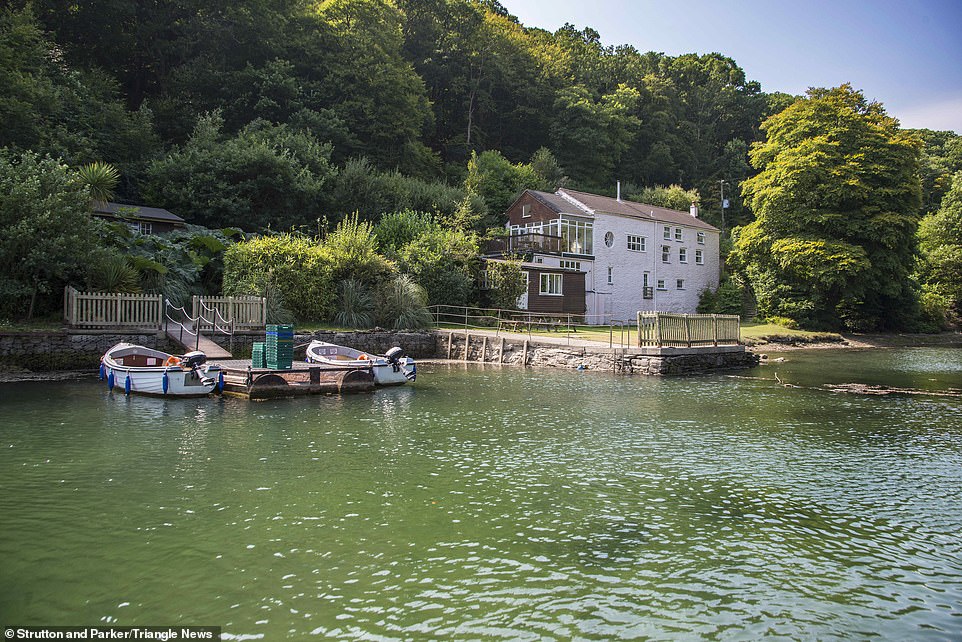 The seven-bedroom home in Golant, near Fowey, Cornwall is up for sale for £2.25 million. The house had been used as a recording studio by the likes of Robert Plant, the Stone Roses, Oasis, Supergrass and Muse. 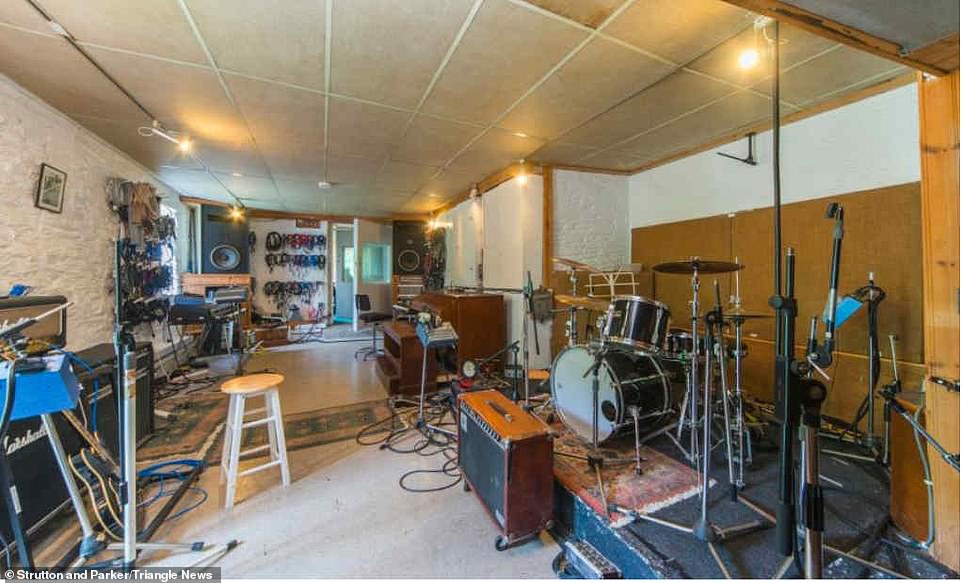 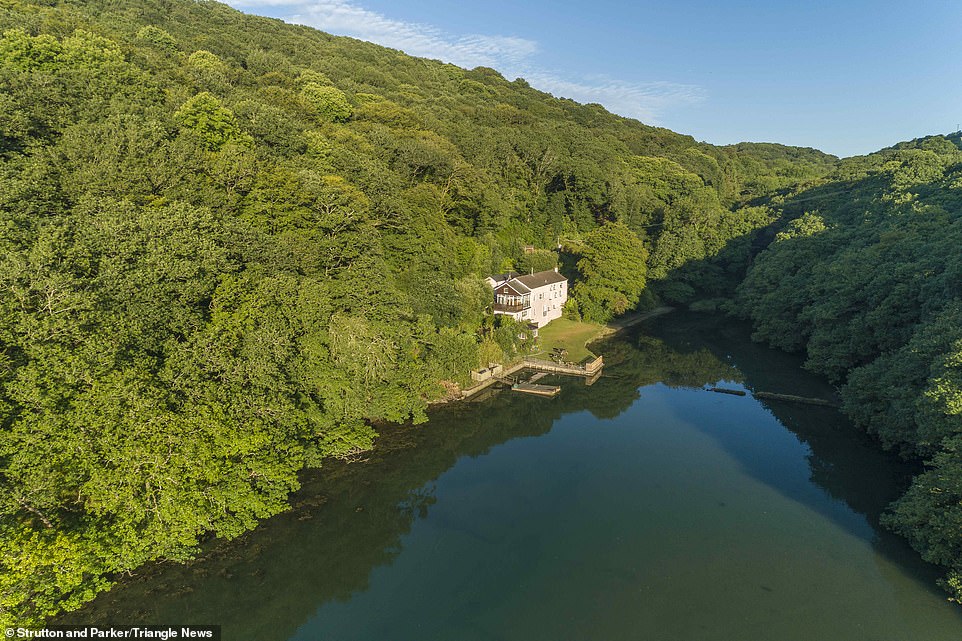 During the Second World War the property, pictured, was pressed into service by the US Army

But has become most famous in recent years for a residential recording studio that was one of the first of its kind to open in the UK in 1974.

Among the successful musicians and bands to use the site since include Robert Plant, Stone Roses, Oasis, The Verve, Supergrass and Muse.

Iconic albums recorded at The Old Sawmills include Oasis’ Definitely Maybe, In It For The Money by Supergrass, and various albums by Muse including Showbiz and Origin of Symmetry.

The seven-bedroom detached home in Golant, near Fowey, Cornwall, is being sold with offers invited of over £2.25 million by Exeter-based Strutt & Parker.

A spokesperson for the estate agent said: ‘Opened in early 1974 as one of the very first residential recording studios in the UK, Sawmills Studio has developed an enviable reputation as a unique recording environment with a long list of successful clients to its name.

‘Regularly described as legendary by the media, it has played host to many well-established artists and played a big part in the initial development of some. 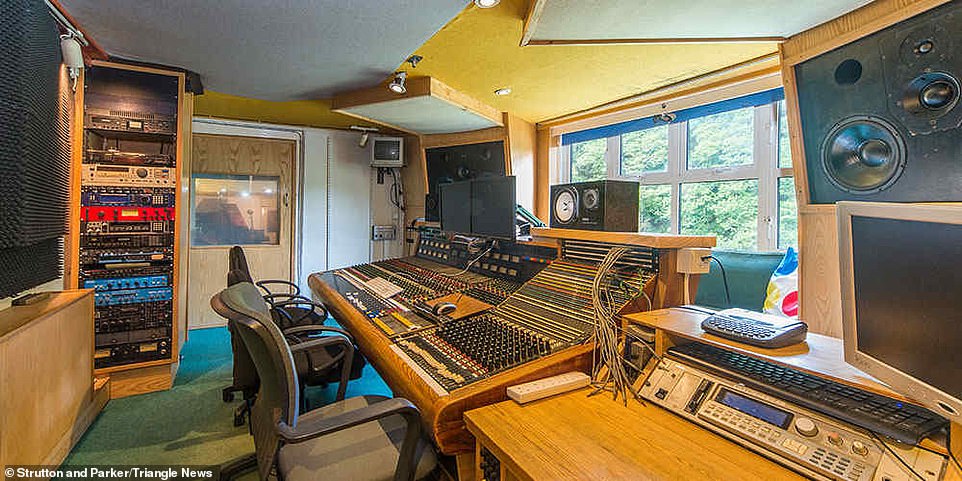 According to a spokesperson for the selling agent Strutt and Parker: ‘The creek at The Old Sawmills could tell a long and colourful story. From its early origins as a site used by medieval merchants, to the inspiration for a classic novel, and then a world-famous recording studio, this enchanting site is immersed in history’

‘In fact, Muse launched their career at The Old Sawmills, and they are now recognised as one of the best live acts on the planet.’

The property is only accessible by boat or on foot, and offers ‘an unrivalled level of privacy and seclusion, surrounded by its own enchanting woodland.’

The listing added: ‘It would be difficult to imagine a more romantic and historic setting than that of The Old Sawmills.

‘The creek at The Old Sawmills could tell a long and colourful story. From its early origins as a site used by medieval merchants, to the inspiration for a classic novel, and then a world-famous recording studio, this enchanting site is immersed in history.

‘The fascinating history of The Old Sawmills dates back to much earlier origins than the recording studio.

‘A Stone Age axe was discovered on site in the early 1960s, suggesting a settlement here since time immemorial. The area has mention in the Domesday Book and evidence of medieval activity can still be observed with the remains of a medieval quay clearly visible at the head of the creek. 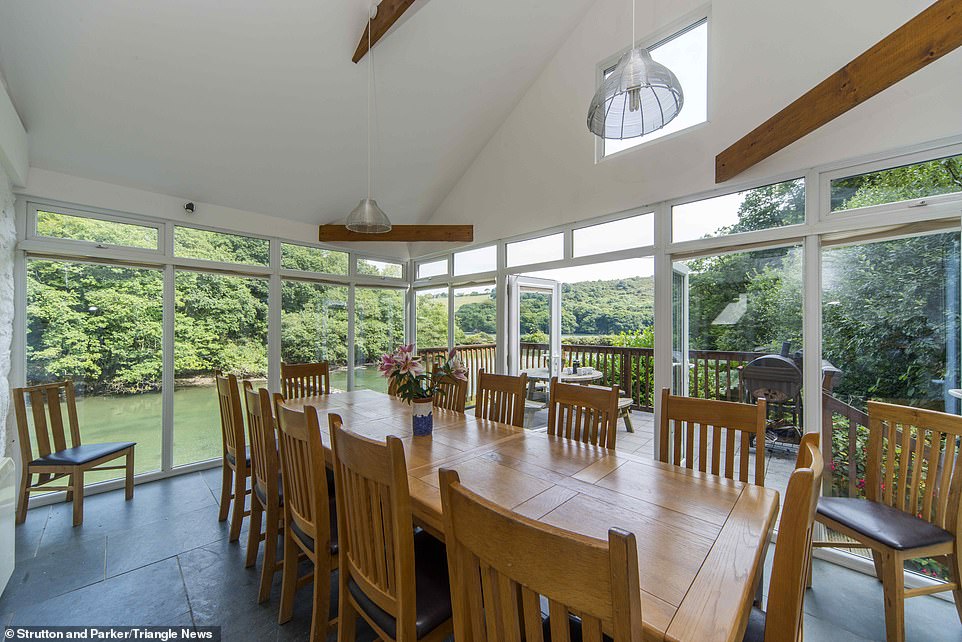 ‘Much later on in history, during the early 20th century, The Old Sawmills is thought to have provided the inspiration for the author of the classic novel The Wind in the Willows.

‘Kenneth Grahame was a regular visitor to nearby Fowey, and was married in Fowey Church. He spent many an afternoon on the river and during a long stay in 1907 he completed what was to become his most successful work which was published the following year.

‘It has generally been accepted that the prime inspiration for this book was the River Fowey and a documented river excursion in May 1907 found the author and friends picnicking in a little creek off the main river.

‘It is believed that afternoons trip was the inspiration for Ratty and Moles first picnic outing in Chapter one.’

The site also played a part during both World Wars and was requisitioned by the American Army in 1943 for preparations in the run-up to the D-Day landings. 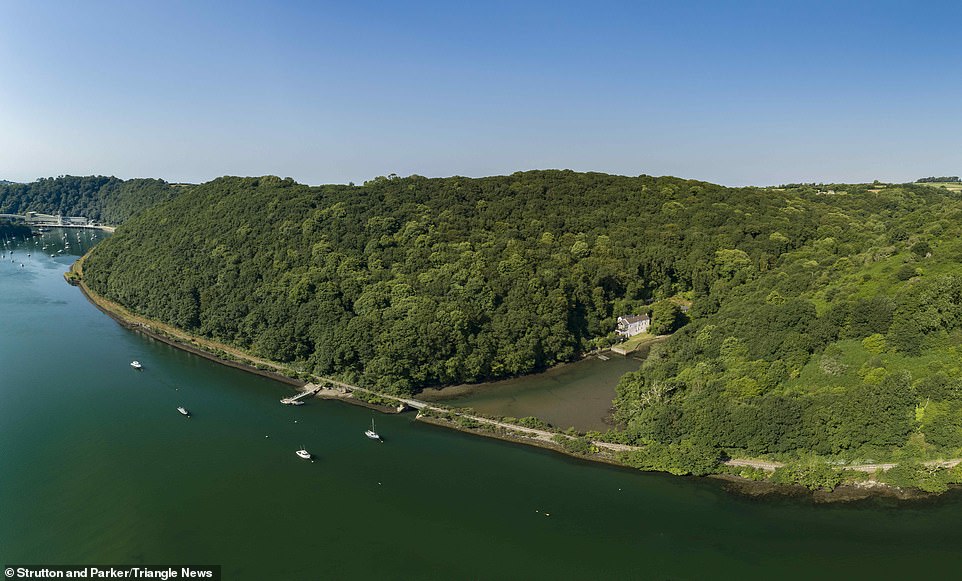