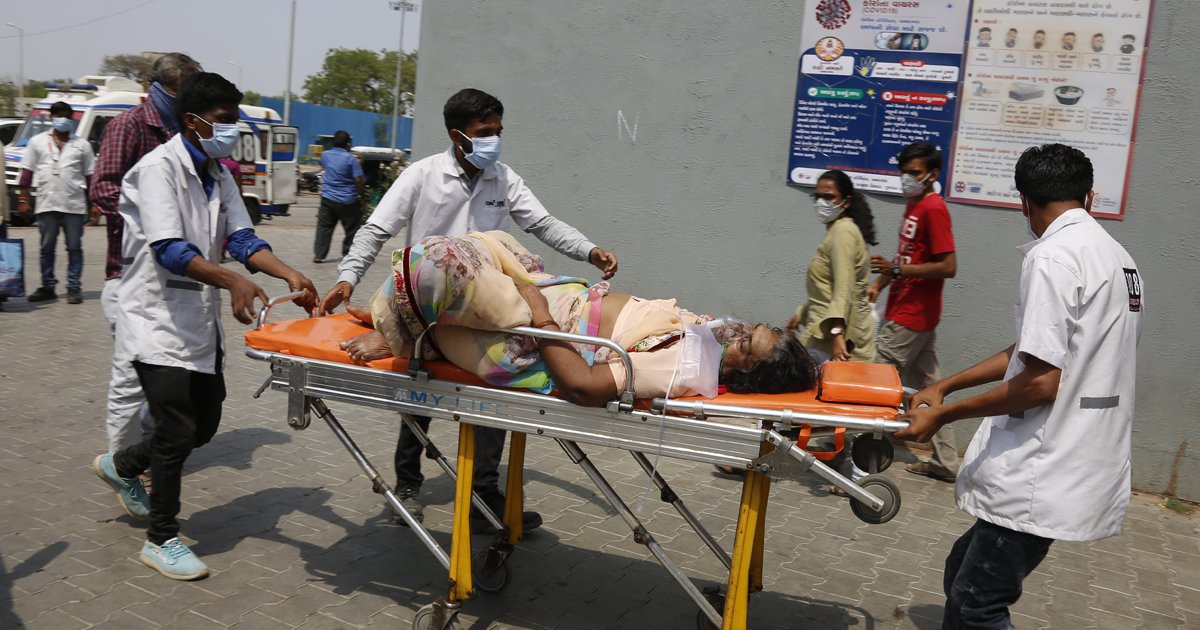 Experts have warned that the coming weeks will be ‘horrible’ for India as Covid cases spiral out of control.

The speed at which the virus has ripped through the nation of nearly 1.4 billion is causing widespread alarm.

People have been left to die outside as hospitals are full and temporary crematoriums have had to be set up to deal with the excess deaths.

Infections have surged in India since February in a disastrous turn blamed on more contagious variants of the virus.

The government is also under fire for allowing massive crowds to gather for Hindu religious festivals and political rallies before state elections.

Meanwhile, Dr Ashish Jha, dean of Brown University’s School of Public Health in the US, said he is concerned that Indian policymakers seem to believe things are going to get better in the next few days, when in fact the opposite is true.

He said: ‘I’ve been trying to say to them, “If everything goes very well, things will be horrible for the next several weeks. And it may be much longer”.’

The true figures are believed to be far higher as the country’s ailing health care system isn’t able to keep track of all the cases. Testing and recording of new infections are patchy, meaning the official numbers are thought to be unreliable.

India is trying to boost its response to the virus and foreign countries have rushed to send aid but many experts fear it may be too late.

Beds are being added in hospitals, more tests are being done, oxygen is being sent from one corner of the country to another, and manufacturing of the few drugs effective against Covid-19 is being scaled up.

On Monday, opposition parties urged the government make vaccinations free to all Indians.

India is vaccinating about 2.1 million people daily, or around 0.15% of its population.

Dr Ravi Gupta, a virus expert at the University of Cambridge, said: ‘This is not going to end very soon. And really … the soul of the country is at risk in a way.’