Horrific burns of girl, 13, left on crutches after brushing against 'Britain's most dangerous plant' Giant Hogweed

A TEENAGE girl had horrific burns on her foot and was left needing crutches after she brushed past "Britain's most dangerous plant."

Autumn Firth, 13, may need a skin graft after a chance encounter with the dreaded giant hogweed caused "extremely painful" burns to her feet. 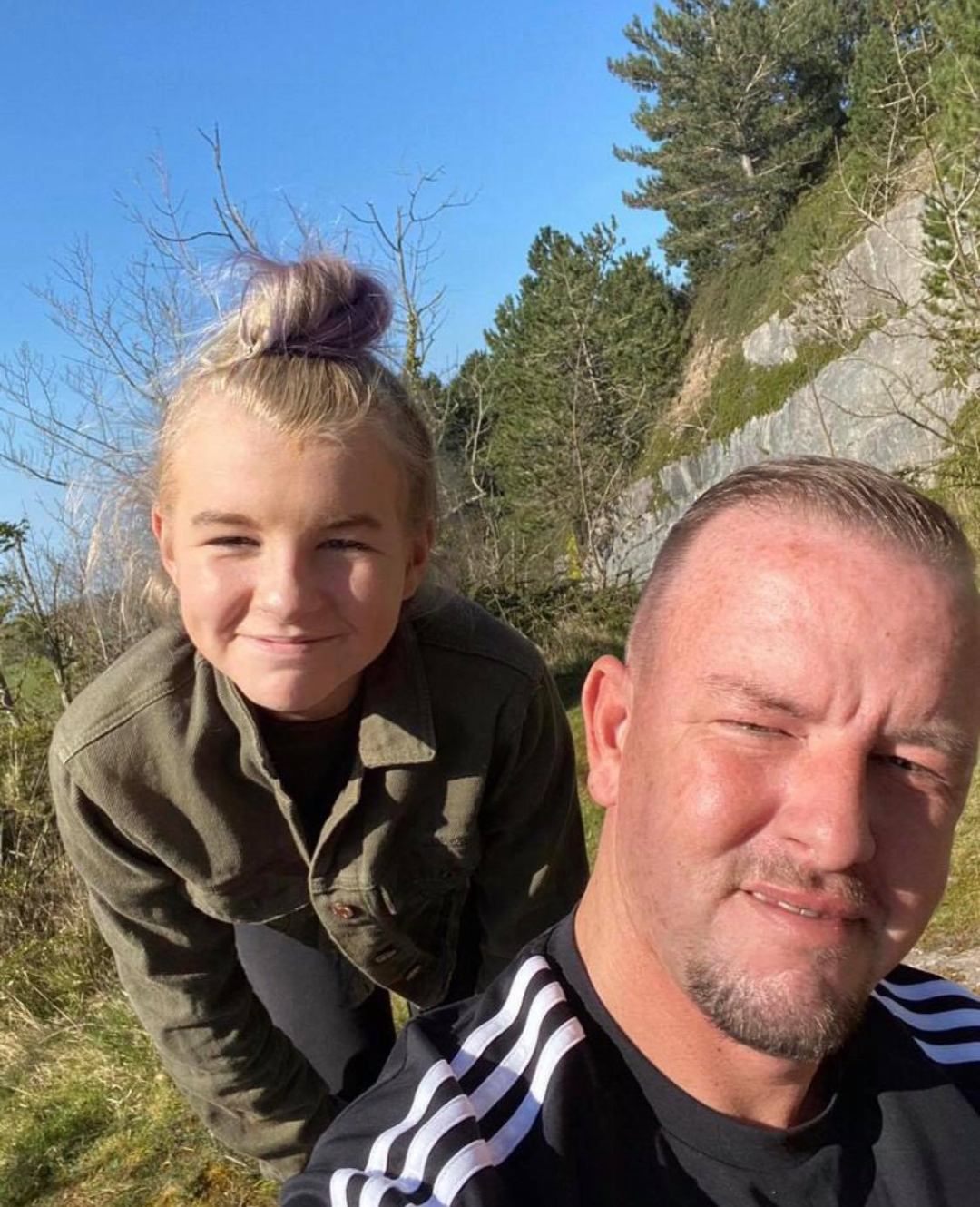 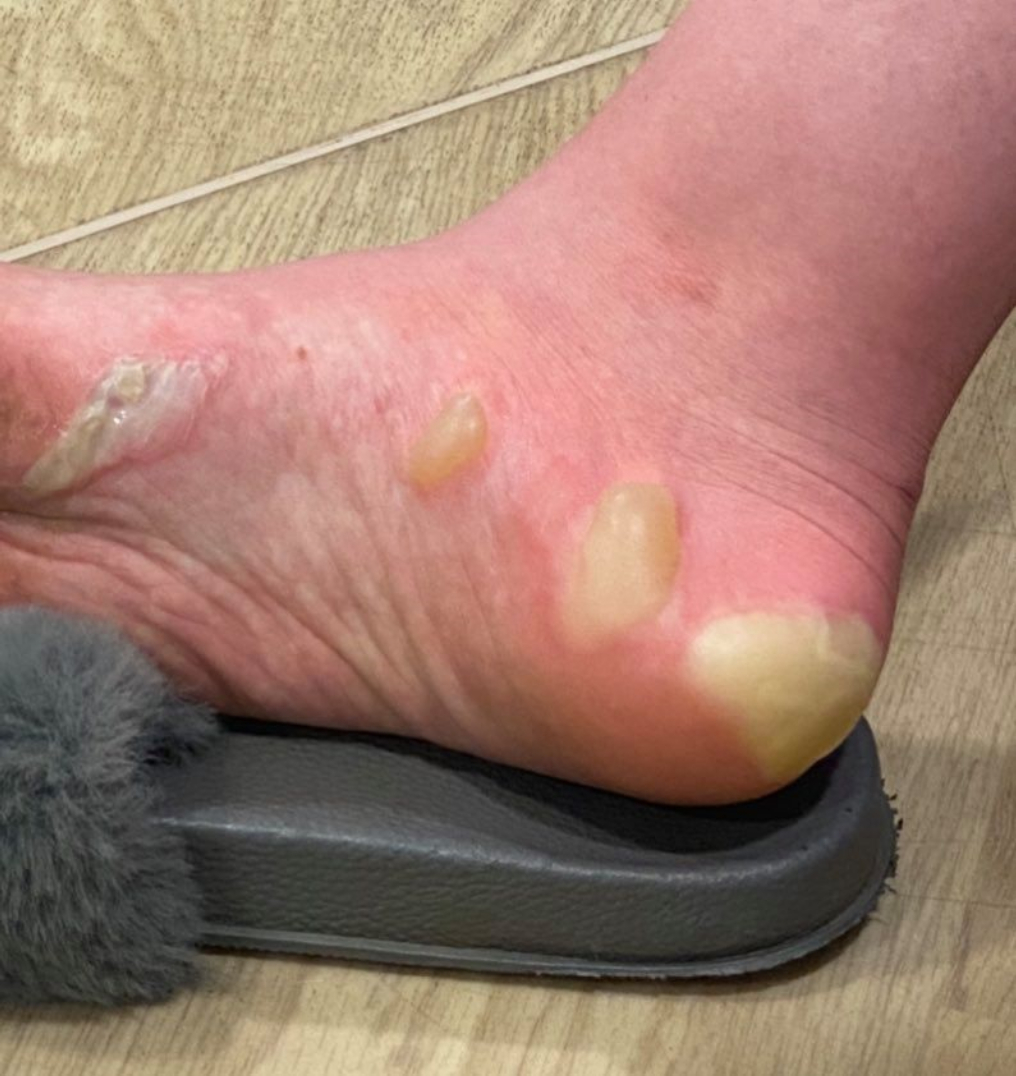 The teenager, from Denbigh, Wales, now has a long road to recovery after being severely injured by the plant.

Recalling the ordeal, her dad Jonathan, 35, said: "She was on the riverbank in Denbigh and she was barefoot.

"She stepped on a piece of the plant near the river.

"It was only seconds, but then she continued to play for another hour in the sun which may have made it worse.

"She didn't feel any pain or discomfort all afternoon and evening, but she woke up at 5.55am to pain on her foot.

"She called me into her bedroom and said it felt like it was pulsating and tingling – she was terrified as she didn't know what was happening to her foot." 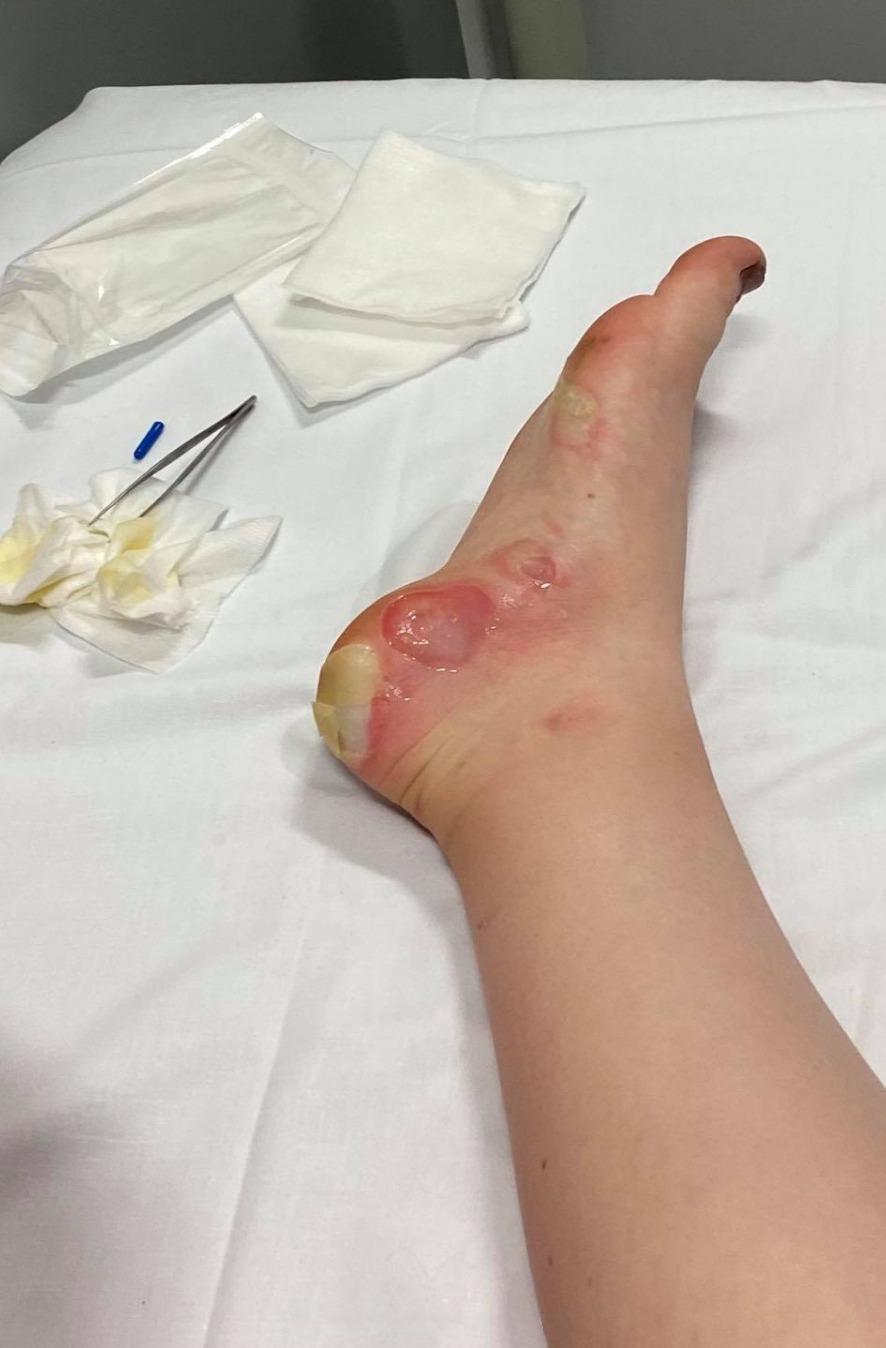 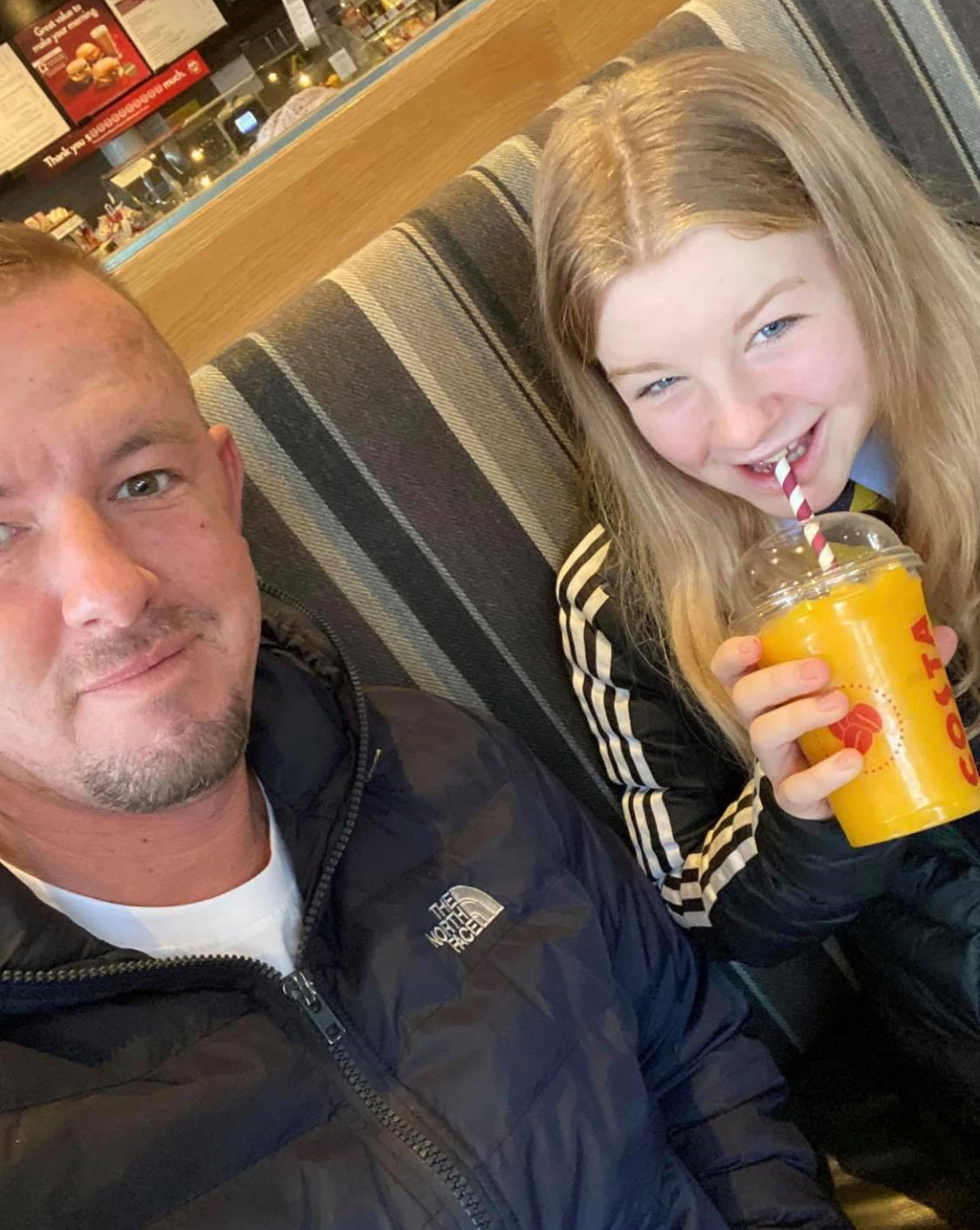 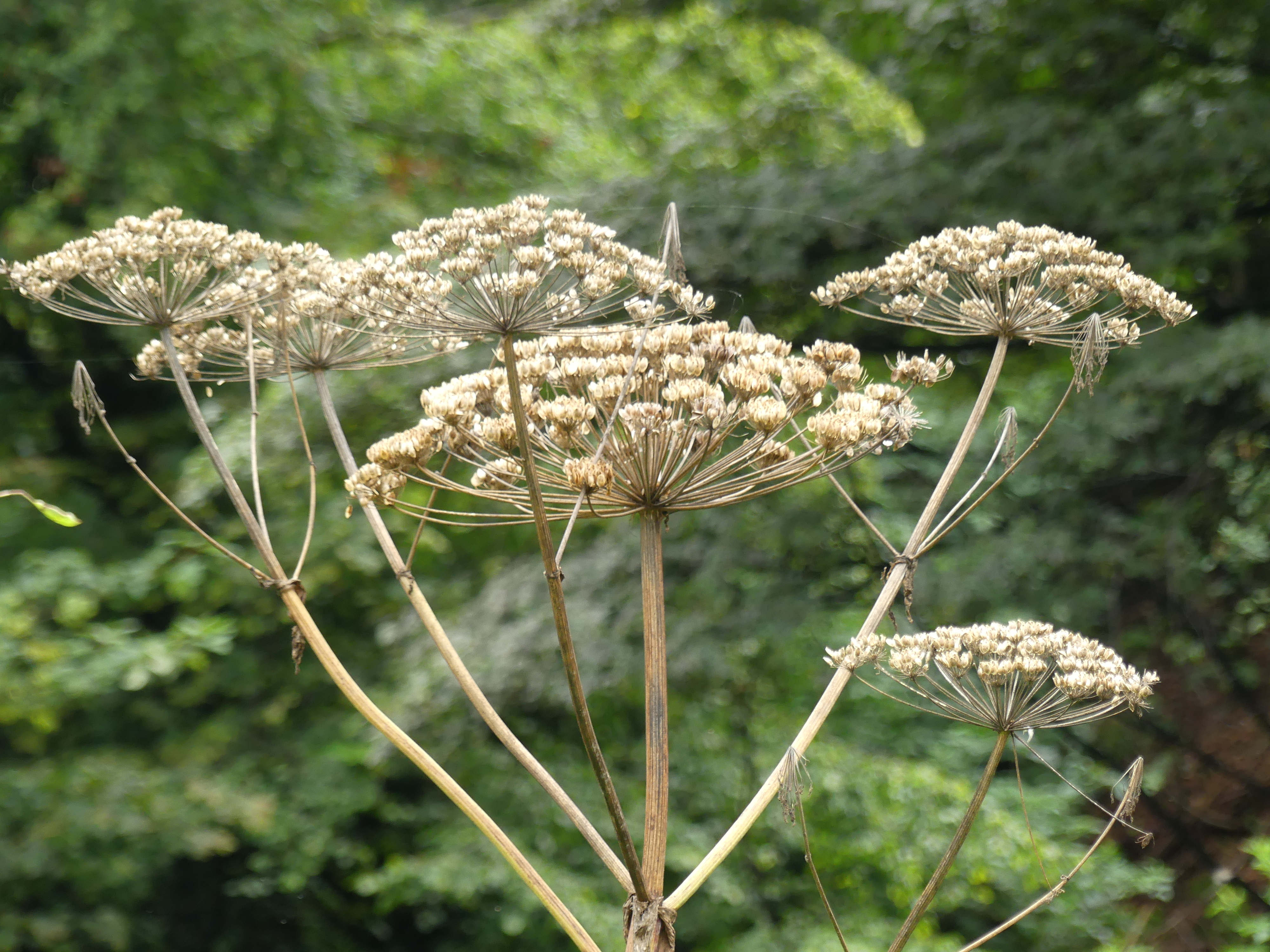 He continued: "I immediately took her to Glan Clwyd A&E when she was dressed. The doctors said they were deep and quite severe burns.

"She's been on painkillers since and also using crutches.

"She has to return to the hospital for a check up and clean dressing every other day – she's had special gel on her heel because it was so deep, to try to build the flesh back up.

"They have mentioned the possibility of her needing a skin graft on her heel but are seeing how it goes for the next few visits.

"They say it'll take a long time to fully heal."

The sap of the giant hogweed stops the skin protecting itself against sunlight, leading to nasty burns when exposed to the sun's rays.

The plant is especially common along rivers – which can transport its seeds.

Mike Duddy, of the Mersey Basin Rivers Trust, said in 2015 that the giant hogweed was "without a shadow of a doubt, the most dangerous plant in Britain".

Mr Firth, who works with animals for a living, warned other parents to watch out.

He said: "Autumn has really struggled, she's usually very athletic and active, so it's been difficult for her.

"She's been really brave but obviously it's pretty much preventing her normal daily life and this is two weeks later. Her friends at Denbigh High have been really supportive of her.

"Please just check before letting your kids play outside, it's a huge plant so if it's taught about then it's more easily avoided.

"I've read it grows near streams and rivers as that's how the seeds spread, so just be vigilant – it only takes moments to read about it enough to recognise it."

The giant hogweed is native to the Caucasus, but was introduced to Britain as an ornamental plant in 1817, and its spread has now got out of control.

If exposed to the plant, you should thoroughly wash the area that made contact and keep it out of sunlight for a few days, the Woodland Trust advises. 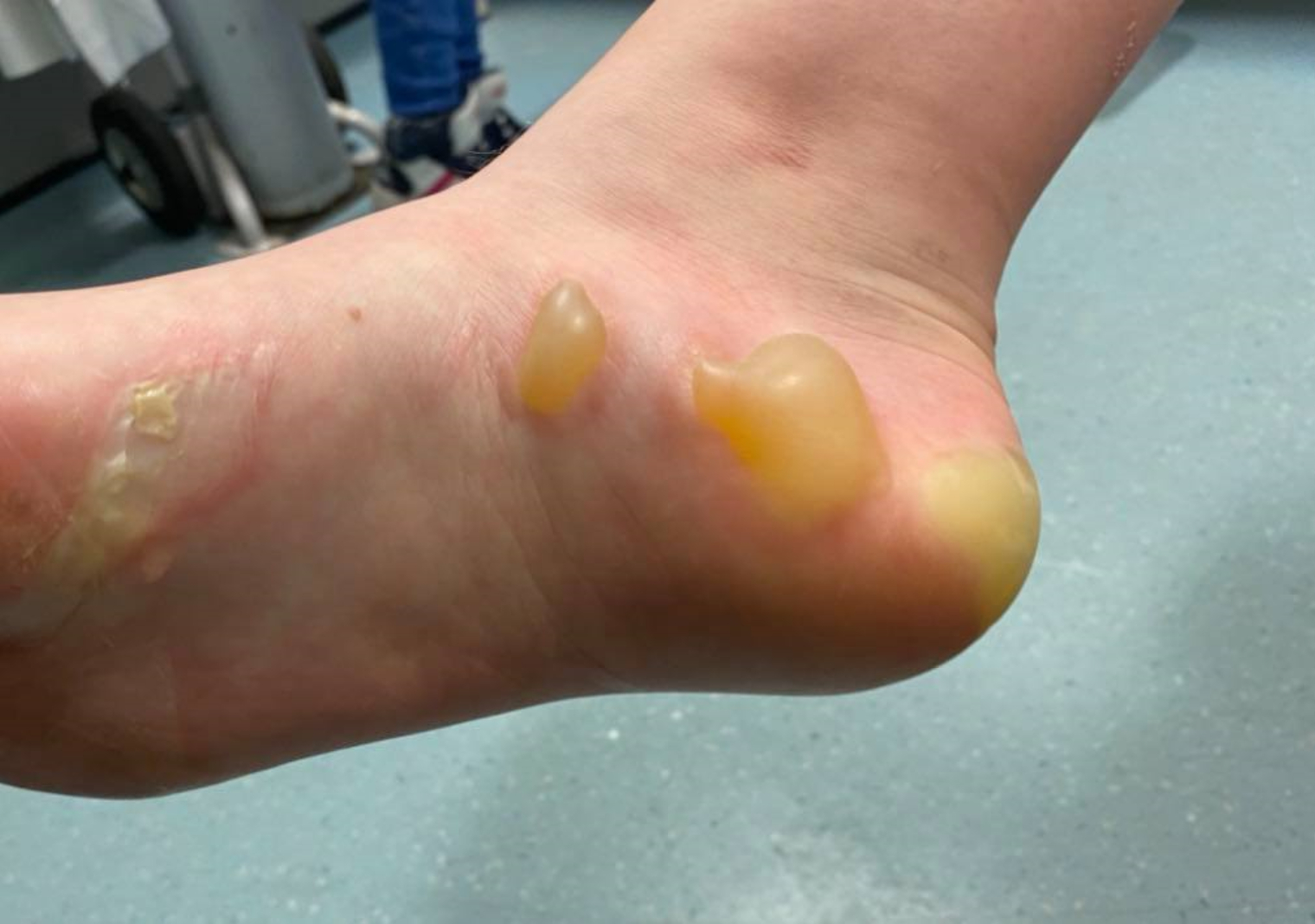