DISTURBED quacks have spent decades telling the parents of autistic children that their kids' disorder was caused by vaccines – and that they can even be "cured" with extremely dangerous 'treatments' like drinking bleach.

But when the coronavirus pandemic erupted, the same exploitative hucksters saw an opportunity to take dangerous pseudoscientific nonsense to a new audience of millions. 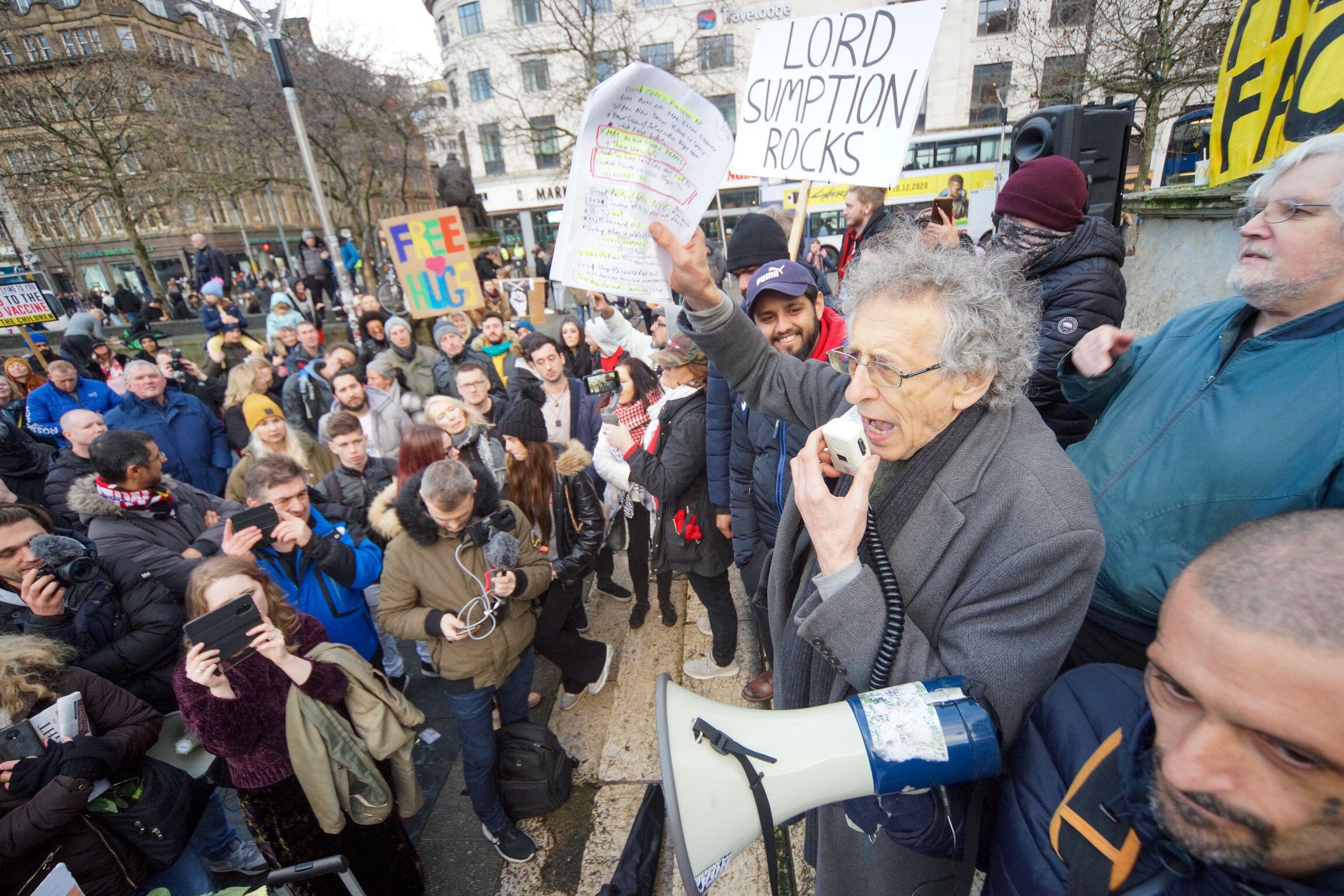 Now conspiracy theorists are making a fortune selling bogus Covid cures while also telling their legions of online followers that vaccines are the real danger.

And social networking sites are even believed to have made as much as a billion dollars in annual revenue from dangerous anti-vaxx communities, according to the Center for Countering Digital Hate (CCDH).

A new Channel 4 documentary, The Anti-Vax Conspiracy, tracks how the work of a disgraced doctor in the 1990s started a movement of vaccine conspiracies around the world – even on the streets of London during the pandemic.

And if enough people globally refuse to be vaccinated, the global vaccine rollout to end the pandemic could fail. 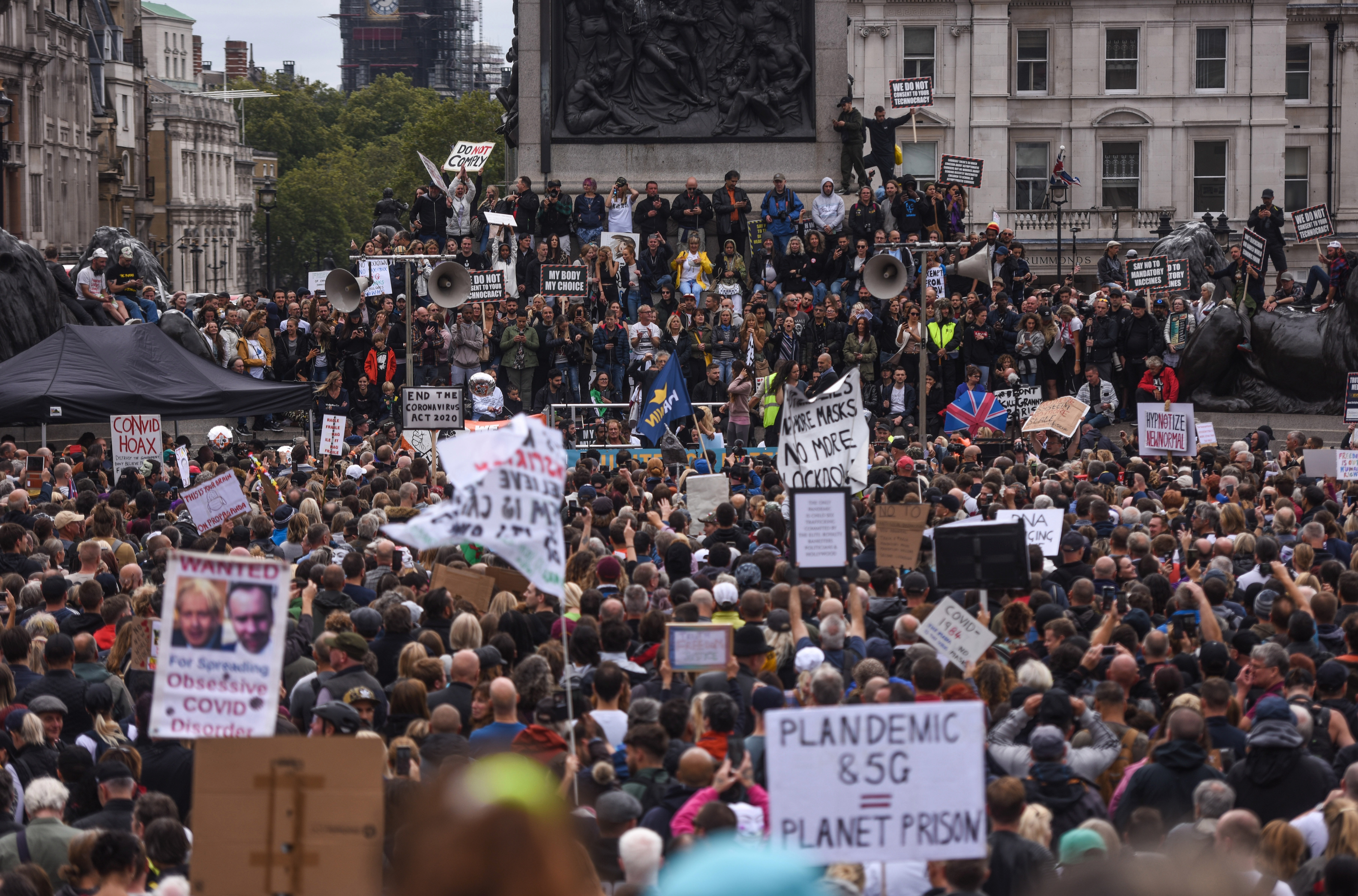 "When next winter comes, if we don’t have population immunity rates in the 80 per cent range, we’re going to be in trouble," vaccine expert Paul Offit says in the documentary.

"People talk endlessly about variants, how variants are a threat to us getting past this pandemic. But I think variants are just one of the threats.

"The other threat is the anti-vaccine movement."

From autism fraudster to supermodel lover

A major figure in the beginnings of the modern anti-vaxx movement is Andrew Wakefield, a British doctor who was struck off in disgrace for a fraudulent medical study.

Instead of disappearing after his scandal in the 90s, he went to the US and became a misinformation powerhouse receiving millions from wealthy donors. 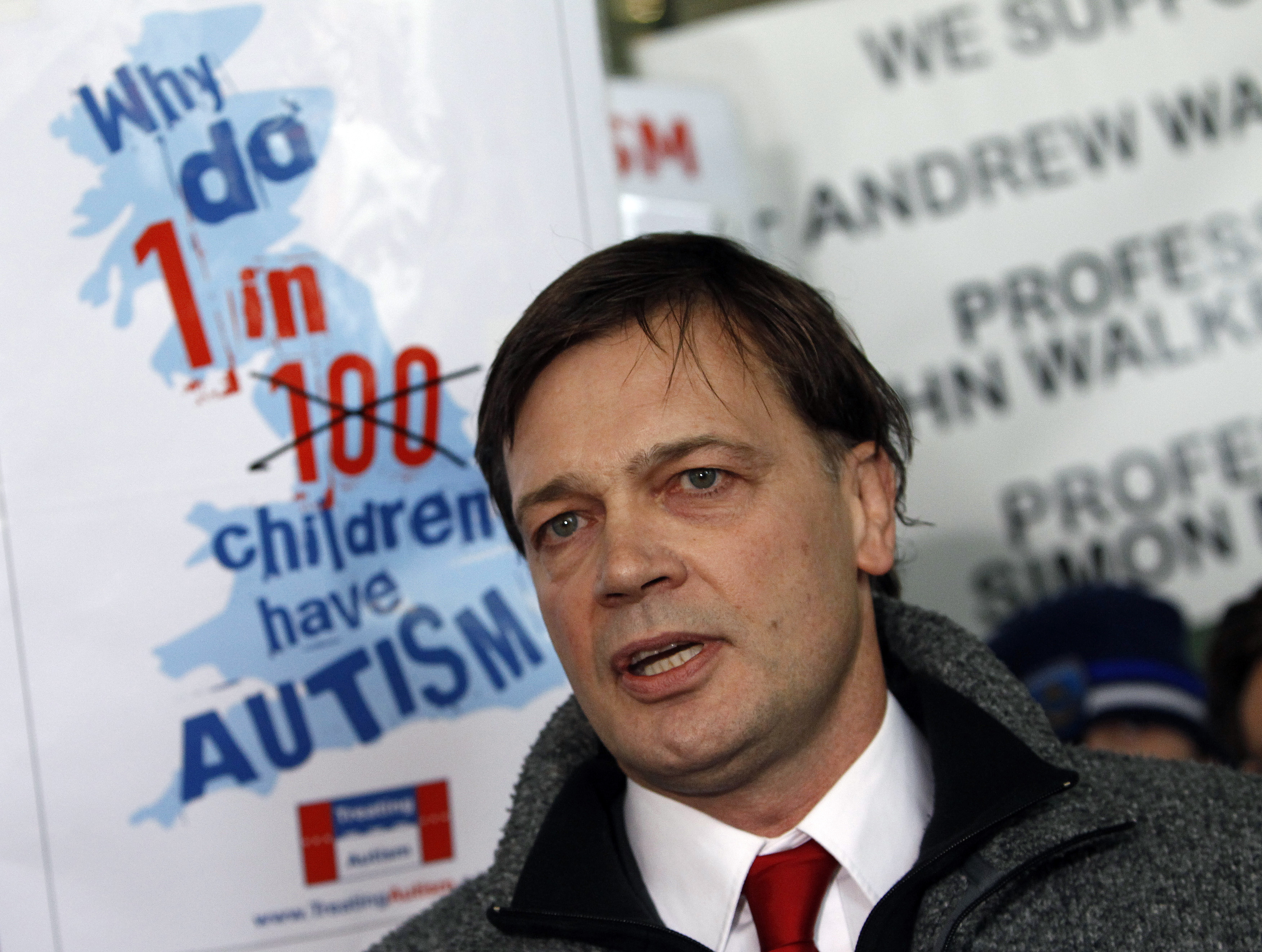 Imran Ahmed from the CCDH considers Wakefield "the grand daddy of the anti-vaxx movement, the first person to realise you can target the vulnerable using misinformation about vaccines and build a business, build a living, build a franchise off it."

In 1998, Wakefield published a paper in the Lancet linking autism with the measles, mumps, and rubella (MMR) vaccine.

It would later turn out he'd deliberately falsified the study and that he had serious financial conflicts of interest during the research.

He was struck off from the UK medical register in 2010 – but instead of apologising, he went to America to pursue his dangerous autism ideas further, even after parents became unnecessarily afraid of vaccines. 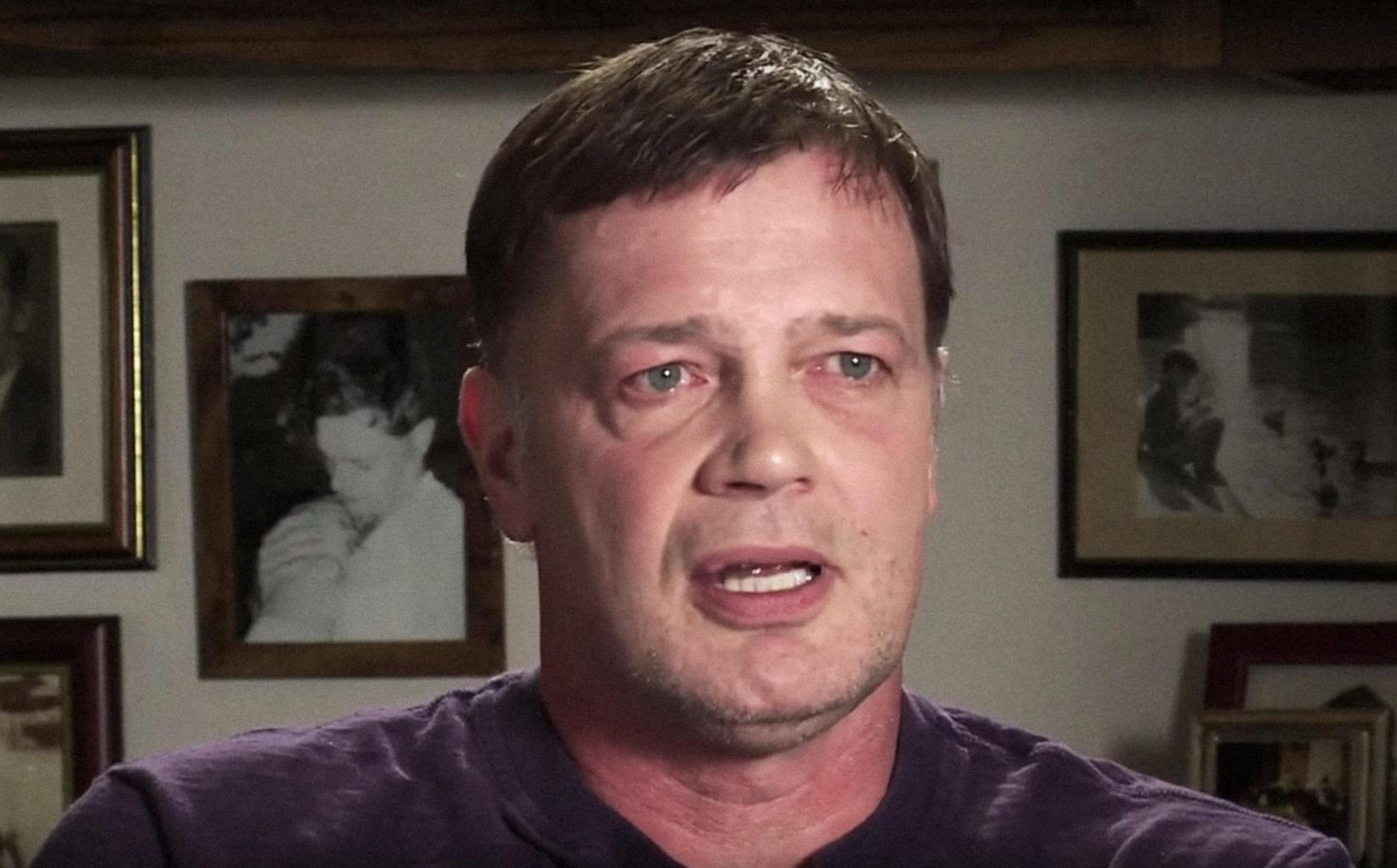 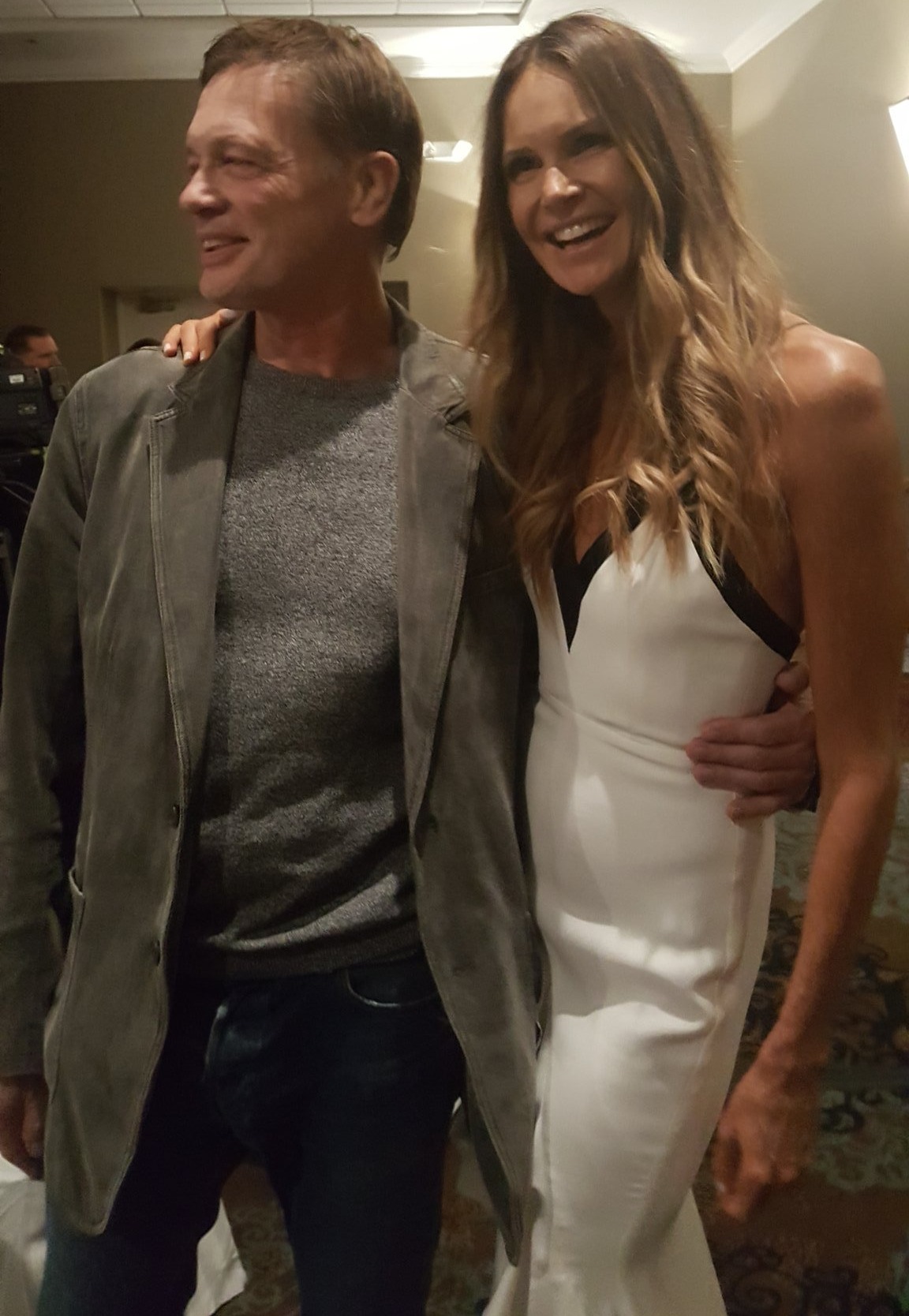 "Tens of thousands of parents chose not to vaccinate their children, thousands of children were hospitalised, and four children died," Offit says of the fallout from Wakefield's fraudulent study.

"You could reasonably make the claim that that paper killed children."

Despite the catastrophic damage his ideas had on public health, Wakefield has thrived in the US over the last decade, making the popular anti-vaxx propaganda film Vaxxed (2016) and speaking to followers at conferences.

He even dated Aussie supermodel Elle McPherson while living in Florida.

Using the ideas of Wakefield and others, anti-vaxxers have horrifically exploited people and endangered the lives of children.

Emma Dalmayne started researching autism when she thought her son may be autistic – online, she found a horror show of supposed "treatments" for the disorder.

They included "slapping therapy", where a child is held down and hit to "slap the autism out of them", and Miracle Mineral Solution, or MMS. 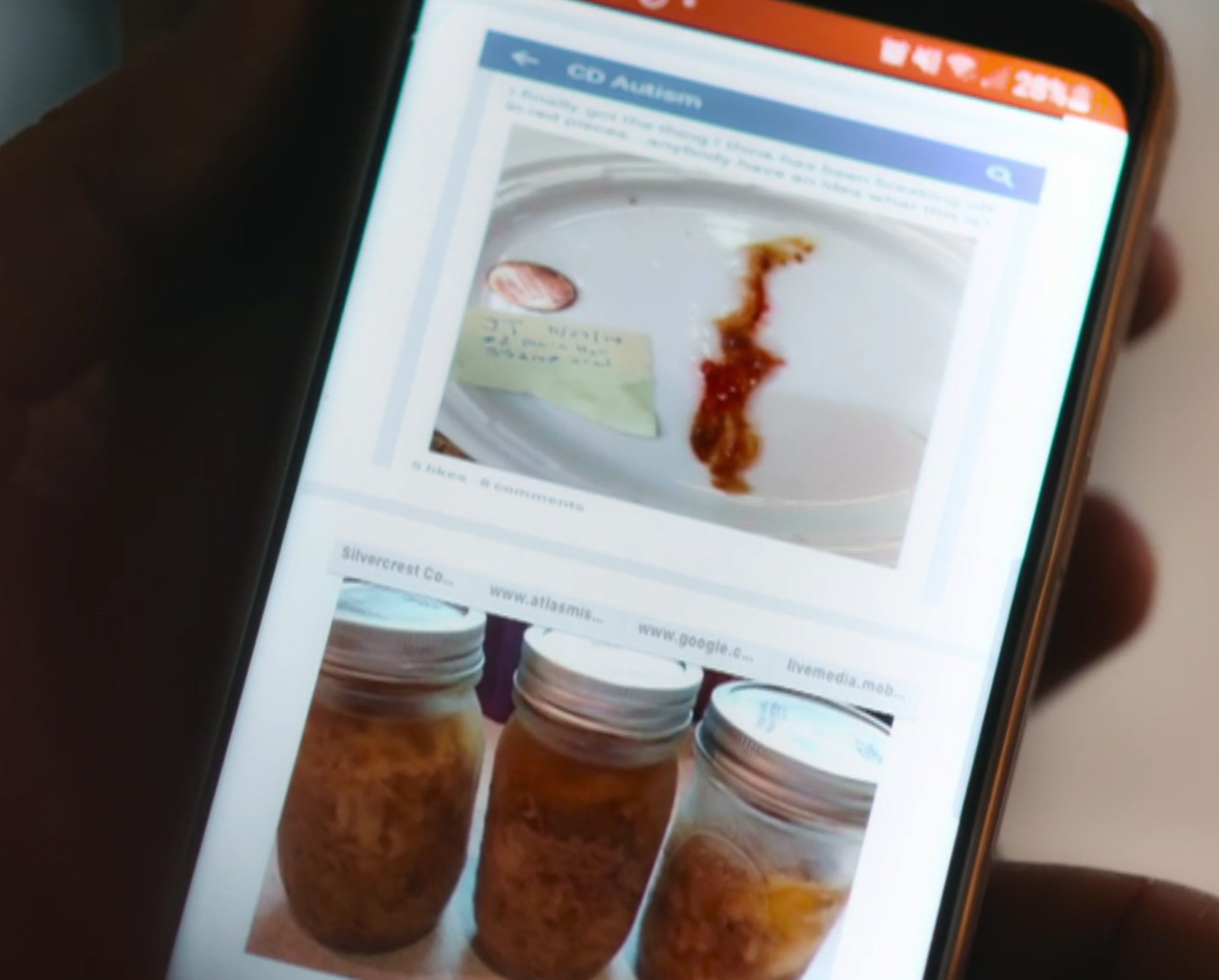 "It's chlorine dioxide bleach which is touted to cure autism in enemas and oral solutions.

"It does nothing but cause very serious side effects.

"Parents were using this on their children. And I thought: ‘They can’t be, it’s bleach.'"

Some parents who gave their children bleach took photos of the bowel lining that is burned out of their kids after the dangerous medicine.

They'd then share the horrific pictures with other like-minded parents online to show off how much had come out.

On social media, anti-vaxx sentiment has spread like wildfire. 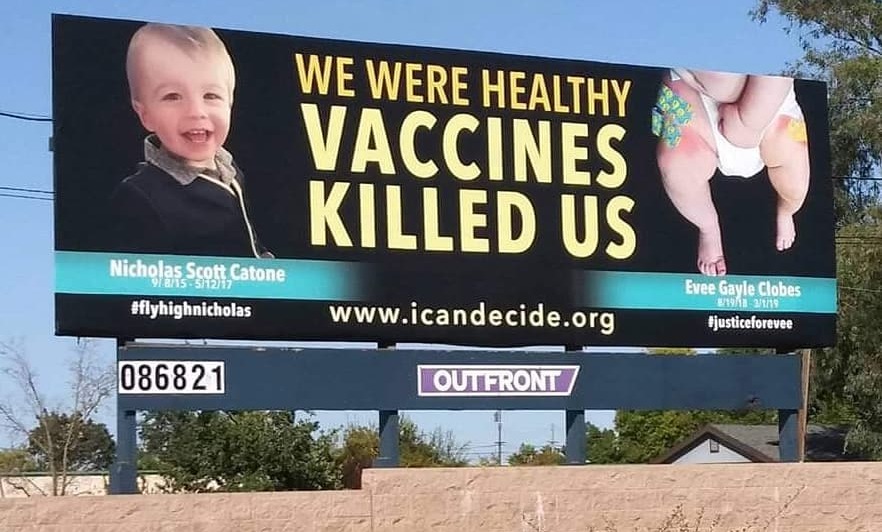 Catie Clobes took her baby, Evee, to be vaccinated in the months before her death.

A medical report ruled Evee had suffocated as a result of co-sleeping with her mother – but anti-vaxxers on Facebook told the grieving mum vaccines were to blame.

Despite Evee's cause of death, her mother is now a committed anti-vaxxer and her baby's name is used on anti-vaxx billboards across America, and is emblazoned on t-shirts and tote bags sold through online stores.

When Covid hit, Imran Ahmed from the CCDH says it was like "Christmas" for the anti-vaxxers.

"Coronavirus is the biggest opportunity they’d had in decades to convert millions of people," Ahmed adds.

"An opportunity they seized with both hands.” 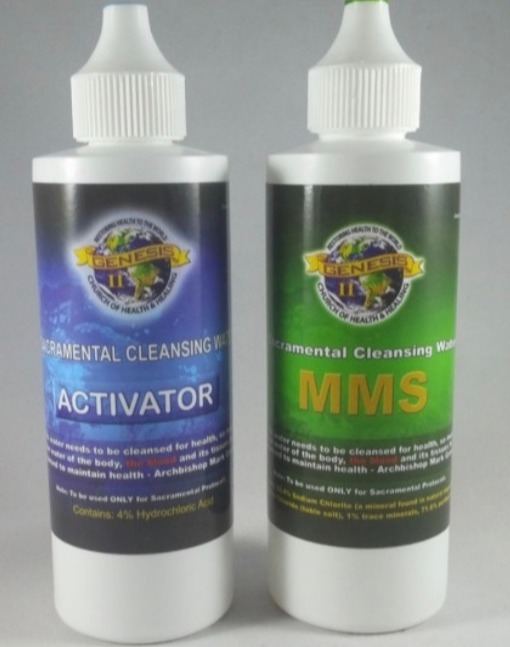 Those who'd previously been selling bleach as an autism treatment rebranded their wares as Covid cures instead.

According to the documentary, one seller managed to quadruple his income by targeting coronavirus patients instead.

One of the most prominent anti-vaxxers in the US is Robert F. Kennedy Jr., the son of Bobby Kennedy and nephew of JFK.

The 67-year-old, who is married to Curb Your Enthusiasm star Cheryl Hines, saw a massive jump in his online following when he began pushing pandemic conspiracies last year, including linking the coronavirus to 5G. 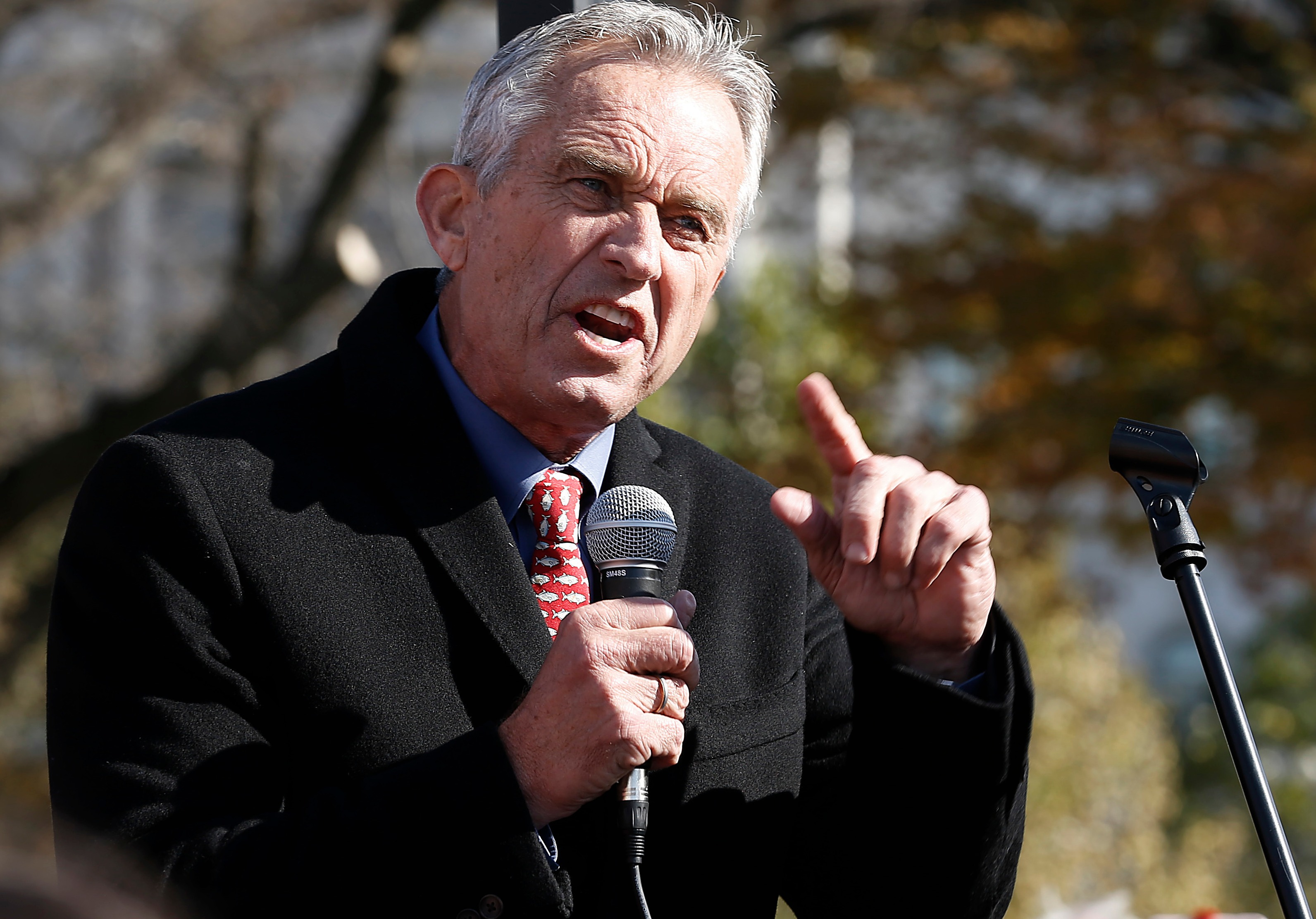 But it's not just anti-vaxxers who've profited from pedalling misinformation content – the CCDH estimates that the web traffic could be worth as much as a billion dollars in annual revenue to social media sites.

And the digital epidemic of anti-vaxx ideas has real world consequences too.

Vaccine conspiracy theorists clubbed together during the pandemic to hold anti-lockdown protests around the world, including in the UK.

Piers Corbyn, the brother of former Labour leader Jeremy, has become a prominent figure in the UK anti-vaxx community.

As well as attending and speaking at demonstrations during the pandemic, Piers has taken his message in anti-vaxx rap videos. 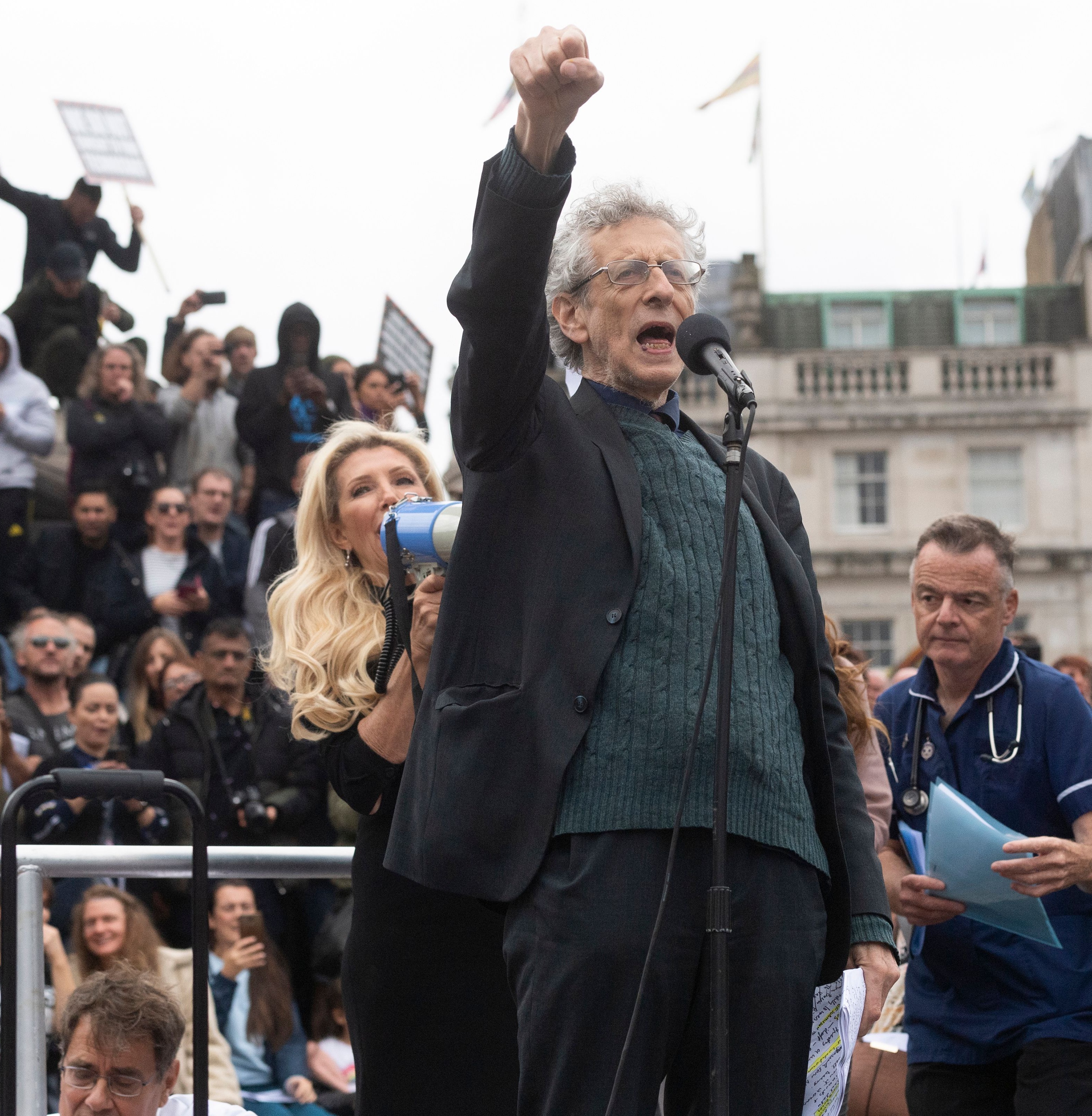 "Because of vaccines, half the population are going to be injured or die," Piers says in the documentary.

"If people stand up, we can stop them. But if we don’t stand up, this is going to be the end of the human race as we know it."

He's also shown decrying vaccine "brainwashing" and even makes comparisons to the current pandemic and the Second World War.

"You know what happened in Nazi Germany," Piers tells the filmmakers.

"Scientists were told what to believe and propagate. Scientists like anyone else have their price." 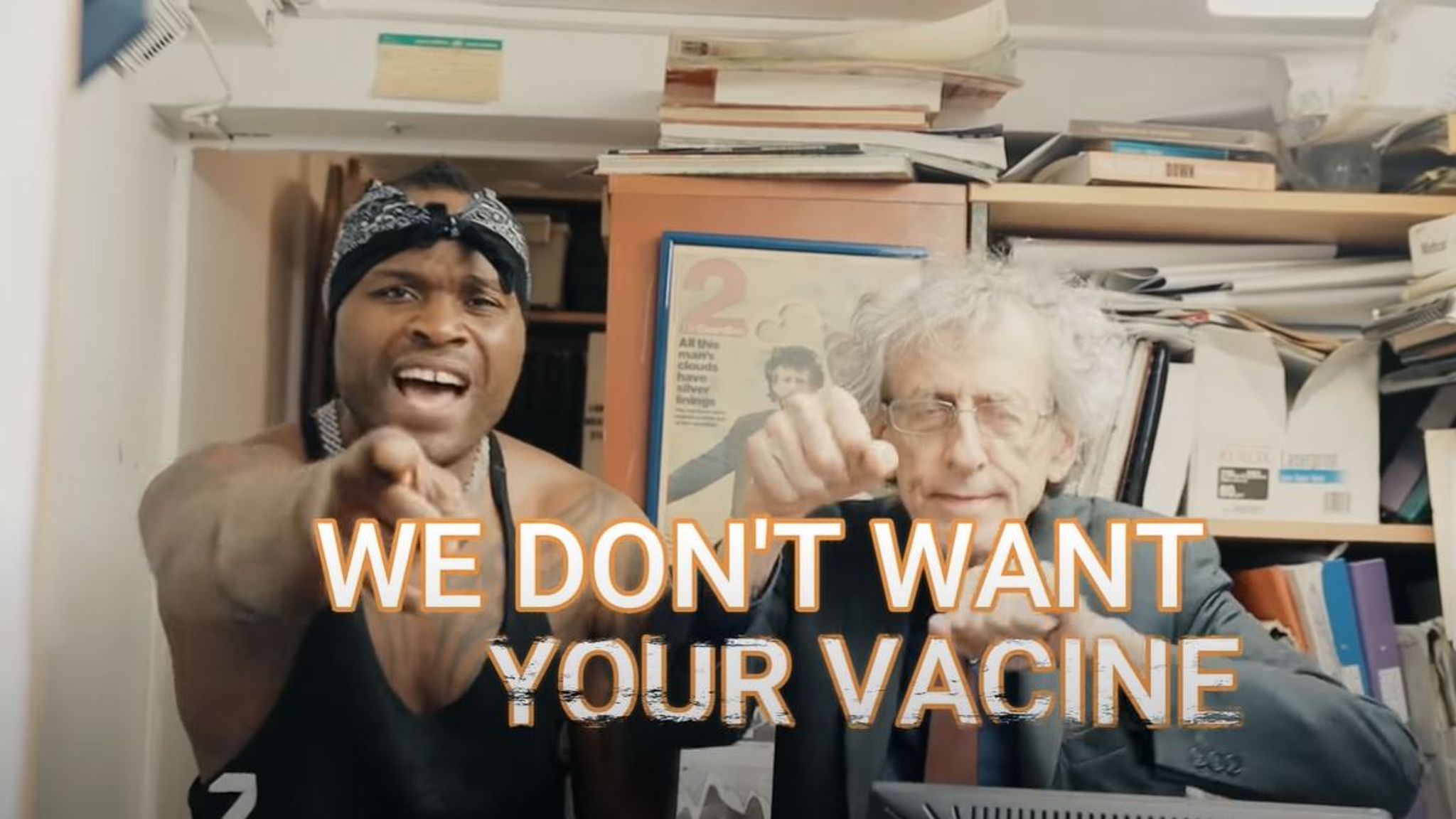 According to a recent Gallup poll, a third of people say they might not take the vaccine in 78 out of 116 countries surveyed.

If those numbers are borne out, the global vaccine rollout might fail to end the pandemic.

Despite the danger, anti-vaxxers like Andrew Wakefield are continuing to tell their followers that it is in fact vaccines that jeopardise the survival of the human race.

"There are a lot of fraudsters in science and in medicine," says Fiona Godlee, Editor in Chief of the British Medical Journal.

"What sets this fraud apart is the scale of the consequences and the impact on the public’s health globally.”

The Anti-Vax Conspiracy is available on 4OD