How many 'suicides' have there been at the Hudson Yards Vessel?

The Vessel is a 150-foot-tall structure in Hudson Yards’ New York City.

The structure made headlines when authorities announced that it was closed until further notice due to a death. 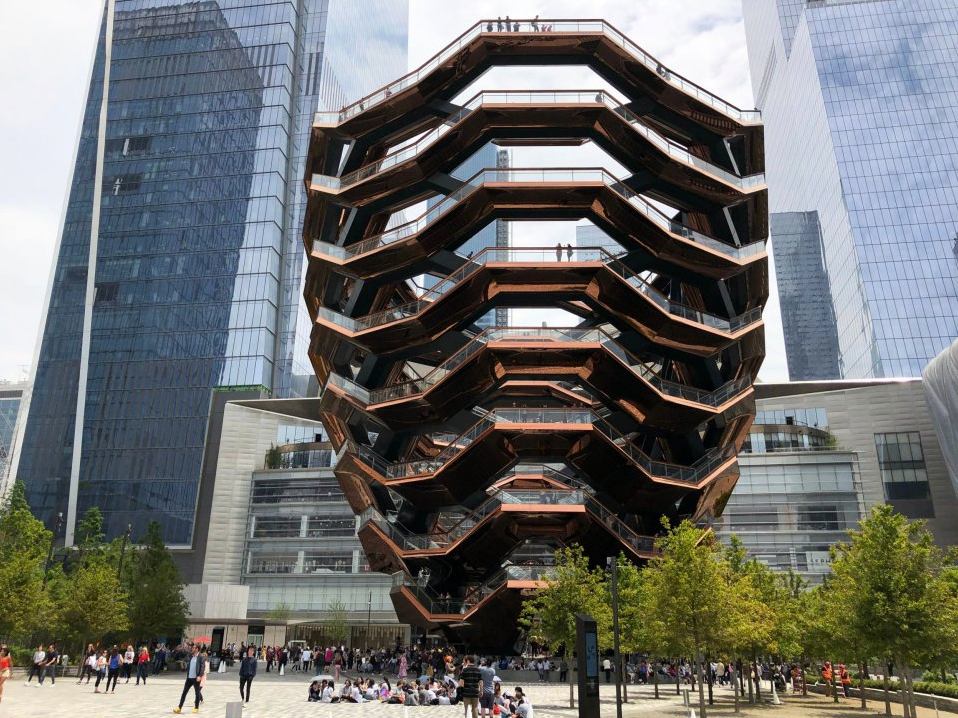 How many 'suicides' have there been at the Hudson Yards Vessel?

There have been four "suicide" cases since the Vessel opened two years ago in the Hudson Yards neighborhood.

The teenager’s name has not been released.

What are officials saying?

A spokeswoman for Hudson Yards said that the Vessel is shut down for the day for investigation.

Spokeswoman Kimberly Winston said: “We are heartbroken by this tragedy and our thoughts are with the family of the young person who lost their life.”

“We are conducting a full investigation.”

Hudson Yards developers have decided not to raise the height of the barriers after months of consultation with experts.

Instead, visitors must be in pairs or groups to “increase safety and prevent vulnerable people from climbing the building alone,” according to Design Bloom.

The Vessel has also increased security by three times and has added extra staff members around the structure to look out for behavior that might be harmful or suicidal.