I was forced into child marriage 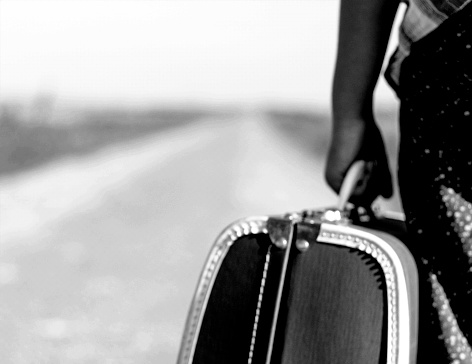 He was so controlling that he wouldn’t let me leave our house or even communicate with people – including my own family.

Sometimes he would come and bring me food or water during the day, but I just lost so much weight as I wasn’t eating properly. Most of my time was spent serving and cleaning up after him and his family.

As a 15-year-old child bride married to a 22-year-old man and living in a refugee camp in Jordan, all the hopes I had for a bright future had evaporated.

I was seven years old when my family left everything behind in our home city of Daraa in Syria. I don’t remember what life was like before the troubles started, but I do remember feeling a huge sense of relief when we first arrived at Za’atari – the largest Syrian refugee camp in the world.

While the ordeal affected my family and myself, we were (and still are) hopeful that a brighter future is ahead of us.

School had always been a priority for me and learning always gave me such joy and excitement. Excitement at the idea that there is a life beyond what we were living through.

Yet this all came to an abrupt halt last year.

One day, a man came to where my family was living in the camp. I had no idea who he was, other than I knew that he was older than me. He ended up being seven years my senior, quite traditional, from the same camp and had seen me around before.

Without me knowing anything about him or him about me, he asked for my hand in marriage.

I didn’t know what to do as I had no idea what marriage even was, other than what I had seen of my parents’. Being so young, I was convinced by everyone that this option would be for the best and provide me with support for my future – especially in a pandemic.

My husband-to-be was eager to make me his wife as soon as possible, so we married within the next week in a small ceremony with just each of our families.

The atmosphere was subdued – I wasn’t sure why at the time – perhaps my family were sad to see their daughter leave them. I was sad too but I just kept reminding myself that this was for my benefit.

My mind was shattered after being deprived of school, my family and connection to life outside the house

During the first couple of days as newlyweds, there was little pressure in our marriage. But he soon became controlling, demanding and aggressive.

He forced me to do poorly in my exams and eventually stopped me from going to school altogether. By spending all of my time being made to do his chores and serve him and his family, I had no time or energy to study, yet he made it very clear that he didn’t want me to continue my education.

Back then, I didn’t argue or give it much thought – I just did what he said. He was worried that if my grades were good and I had an education, that I would end the marriage and leave him.

That’s when he started not letting me leave the house. He locked me in every day without a phone or any means to communicate with my family or friends and was constantly checking who was messaging me on Whatsapp. I was alone for up to 10 or 12 hours a day with no companionship.

When my family hadn’t heard from me in days, they would come by to visit, but to avoid getting caught by my husband, the only way I could speak to them was through the window. I would tell them how much I missed them.

Married life was a big shock to me. I thought life was supposed to be happier but instead being married was a living nightmare.

My mind was shattered after being deprived of school, my family and connection to life outside the house. All I could do with myself was sleep.

After just one month of marriage, I just couldn’t help myself, I had to take my chance to escape. I found the right time to flee the house when the door was left unlocked without him knowing and I ran back to my parents.

I remember rushing into our family home and without a second to breathe, telling them that I didn’t want to return to him.

When I burst through the door, my parents were shocked to see me, but were happy. They completely understood and appreciated my decision because they saw me suffer and they suffered with me.

My husband tried to ask my parents to send me back, but they refused and instead helped me file for divorce. My husband was adamant that a divorce wouldn’t happen, but he eventually buckled under the pressure of my family.

Just one week after our divorce, he married my classmate. Did he do it out of spite? Yes. Did he make it known around the camp to make me jealous? Absolutely. Do I feel upset about the situation? Only for my classmate who I see is now suffering just as much as I did.

Not only does she not seem herself around the camp, but it has been mentioned among family friends.

I’m not alone in my experiences of child marriage

A new report from UNICEF entitled ‘Covid-19: A threat to progress against child marriage’ reveals that 10million additional girls are at risk of child marriage. School closures, economic stress, service disruptions, pregnancy, and parental deaths due to the pandemic putting the most vulnerable girls at risk.

The lockdown in Jordan has seen vulnerable families adopting unhealthy ways of coping with stress and UNICEF has observed a rise in child marriage in refugee camps since the Covid-19 related school closures.

Fortunately, I have been able to resume my studies.

Our classes, homework and assignments have all been set online. At first, it took me a while to be convinced that a return to education was for me.

The whole experience had left me so broken that I felt as if I couldn’t do it, but it was my parents who convinced me and have given me the most support with my studies since.

When I told the school principal what had happened and my wish to return, she put me in touch with a UNICEF staff member who reassured me that everything was going to be OK.

Thanks to online lessons, I really am regaining the hope of a brighter future, a dream that I thought was stolen from me a year ago.

Education is like a personal weapon for a girl. It gives me the strength and confidence to have opinions and to make my own choices.

Unfortunately, I’m not alone in my experiences of child marriage.

While it’s common for girls my age in the camp to leave school and marry, I would advise them against this no matter what.

Since I’ve been home, my neighbour has become engaged. She’s even younger than me. She doesn’t understand what is happening, she has no idea at all.

At this moment, I don’t want to marry again. I would only consider it after I finish my education. I know my family understands my decision because they suffered along with me.

Things are so much better for me. I was lucky to escape but I still live in fear for myself and other girls in similar situations.

Vaccines have the power to save lives and protect futures. Help UNICEF Give the World A Shot by donating at VaccinAid.