‘I’m very excited’: Reunions in the works as Victoria-Queensland travel set to resume

Long-separated families and friends have rushed to book flights following news that travel can resume between Victoria and Queensland on Tuesday. 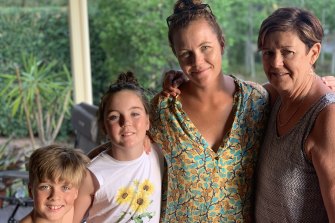 “Victorians have been eagerly awaiting this announcement and now they have the certainty they need to plan and book trips ahead of Christmas and the summer holidays," he said. 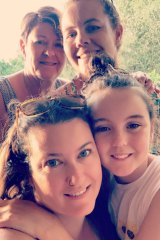 Virgin Australia announced it was offering more than 38,000 seats between Victoria and Queensland by Christmas, and its routes between Melbourne and Gold Coast, Sunshine Coast and Cairns will resume for the first time since late March.

Qantas and Jetstar will operate more than 1200 extra return flights into Queensland from NSW and Victoria in the lead-up to Christmas.

Nicole Sliwa, of Melton, is happily planning a two-week trip to Brisbane on December 30 to visit her parents and sister. She has not seen them since January, when she flew to Melbourne for her grandmother Betty’s funeral.

Ms Sliwa, 40, an intensive care nurse at Royal Melbourne Hospital, said 2020 had been a stressful year and she couldn’t wait for her children – Ava, 12, and Harry, 9 – to see their grandparents.

Asked how she felt about the news the border was reopening, she said, "I'm very excited. The first thing I did was call my mum and told her that we’d be coming home."

Ms Sliwa plans to go camping with friends and visit her sister Alison on the Sunshine Coast "and just chill out with the family". 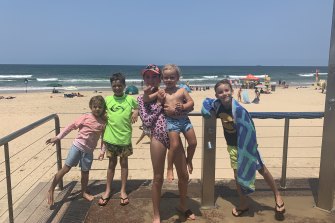 Harry and Ava (second and third from left) with their cousins Asher, Lex and Kobe on the Gold Coast last December.

In a normal year, she would fly to Brisbane up to three times a year, and her parents, Colin and Karen, would come to Melbourne twice a year.

"We use FaceTime other every couple of days. But it’s not the same,’’ Ms Sliwa said.

Eva Gantoumis, 39, of Brisbane, said she was "super-excited" that she would be able to fly to Melbourne next week to see her parents and brother, who live in Point Cook. She hasn’t seen them since last Christmas.

"We'll have a meal together," Ms Gentoumis said. "I'll just spend as much quality time as I can with them."

Her father had been ill during the lockdown and she had not been able to be with him.

"It’s been difficult," she said. "I usually go [to Melbourne] four or five times a year, but this year I haven’t been able to go down at all.

"I’ve been eagerly looking for the borders to reopen, and so have my parents."