FACING a tearful doctor in the medical office of his Hampshire boarding school, 15-year-old Ade Goodyear reeled with shock as he was told he was HIV positive – and had two or three years to live.

Ade was one of around 120 haemophiliac children infected with HIV and Hepatitis through contaminated blood products at the specialist school, Treloar College, in the 1970s and 1980s. 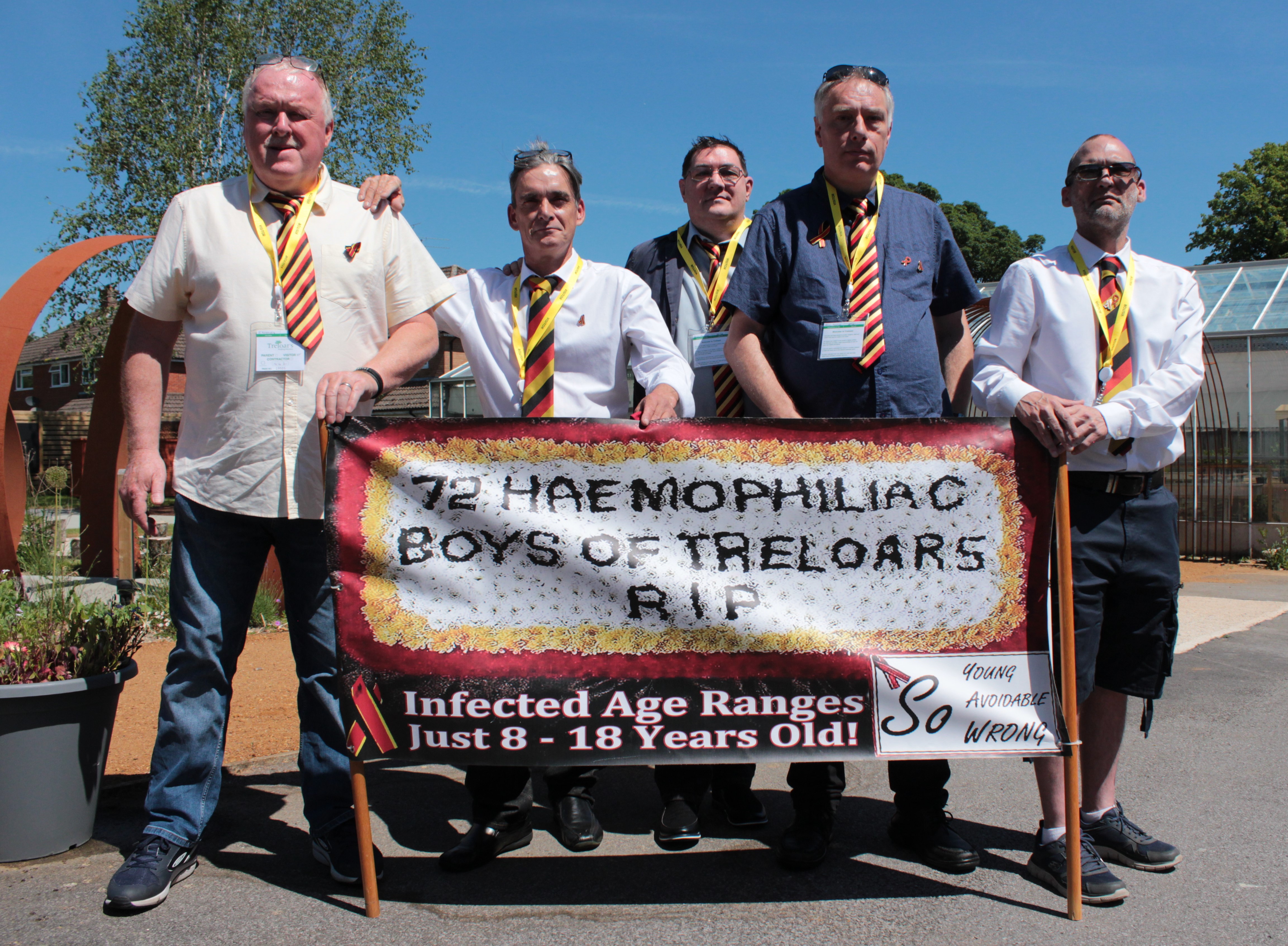 At least 72 have since died – including four boys who were in the office with Ade – and many never saw their 30th birthday.

Now 50, Ade, from Alton, Hampshire, is still haunted by the memory of that day – and the classmates he lost.

“It was a bright, sunny day when they called us into the office in groups of five,” he tells The Sun.

“The doctors and nurses looked really tearful. They told us, ‘The blood wasn’t as clean as it should be. We're sorry to tell you that you've been infected with HIV.

“I blanked out for a minute then I looked through the blinds and thought, ‘I wonder how many more days of sunshine I’ll see.’” 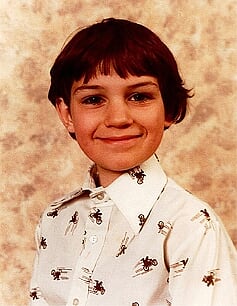 This week, surviving pupils will tell the ongoing Infected Blood Inquiry how the ‘wonderdrug’ blood products Factor 8 and Factor 9 – which included the plasma of drug addicts, sex workers and high risk prisoners from the US – left them with chronic illnesses and killed so many of their classmates.

Throughout the UK, 4,800 haemophiliacs were infected and at least 2,800 are thought to have died.

Survivors have battled severe illness, struggled to hold down jobs and relationships and, in some cases, were denied the chance to have a family.

For Ade – who also lost two brothers through infected blood – it has become a personal crusade spurred on by the death of so many friends.

“The ghosts of the past never leave you,” he says. “I talk to them every day, in my head, because we made promises at that school and to my brothers, that if we ever get to tell their story, we would tell it with honesty.

“Every year, at Treloar’s reunion, there are so many faces missing – and they shouldn’t be.” 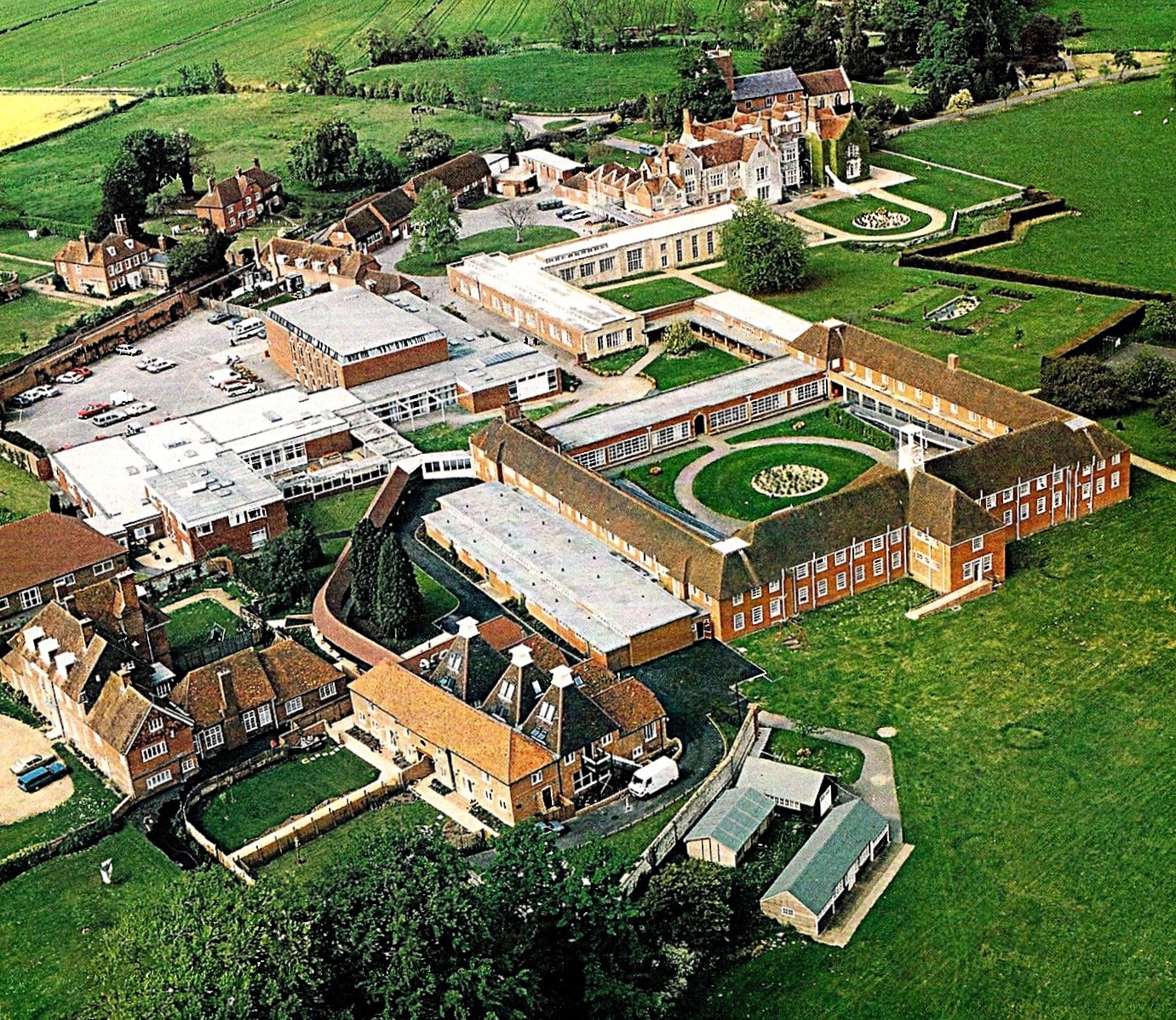 Steve Nicholls, 54, from Farnham, Surrey, left the school in 1983 and was mourning his first classmate just a year later.

By the late 1980s, he says, he was hearing about pals who had died on a weekly basis.

“I dreaded the phone ringing, because you knew it was going to be about someone else who had passed away,” he says.

“The 72 dead is a shocking statistic but I can put faces to each one.

“We use the term Blood Brothers, because we became like brothers at Treloar’s, and to see your friends die so young is heartbreaking.

“You’re also thinking ‘am I next?’ The mental scars will never heal.” 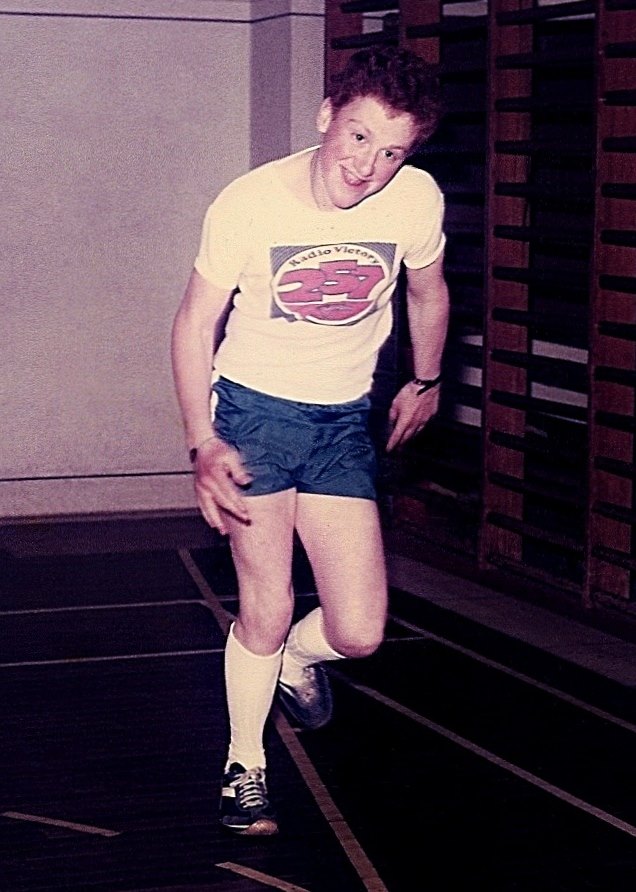 Throughout the 1970s and 80s, Treloar – set in the picturesque Hampshire countryside – was one of the largest haemophilia centres in Europe and home to 50 to 80 boarders with the disorder at any given time.

The boys had often missed chunks of school through treatment for the genetic condition, which impairs blood clotting and means the sufferer bleeds profusely from the slightest cut or knock.

With an onsite medical centre, Treloar offered the boys a chance to enjoy a more normal life – as well as catch up on their education.

“We made lifelong friends because we ate together, played together, learned together, slept in the same rooms as each other and were treated together at the Medical Centre,” says Steve.

“The bonds we formed were unbreakable.”

The boys needed frequent blood transfusions for bleeds, often a couple of times a week, and when new concentrated blood products – Factor 8 and 9 – became available in the late 1970s, they were hailed as a life-changer.

“Suddenly, there's this amazing new product and they told us we would be able to lead a normal life,” says Steve. “We could ride bikes, play football and, with two injections a week, do the things other boys of our age could do.”

Unlike the blood they had been given before, Factor products were made from pooling blood from up to 60,0000 donors to make a plasma product which could be injected quickly and easily.

“We queued in the morning outside the sickbay, chatting about what we were doing that day, and the syringes were laid out on the tables,” says Richard Warwick, 55, who attended the school between 1976 and 1982 and left at 15.

“Nobody knew what was in any of the syringes because nothing was marked and our parents were never told of any treatment changes. It was a lottery as to what we were given.” 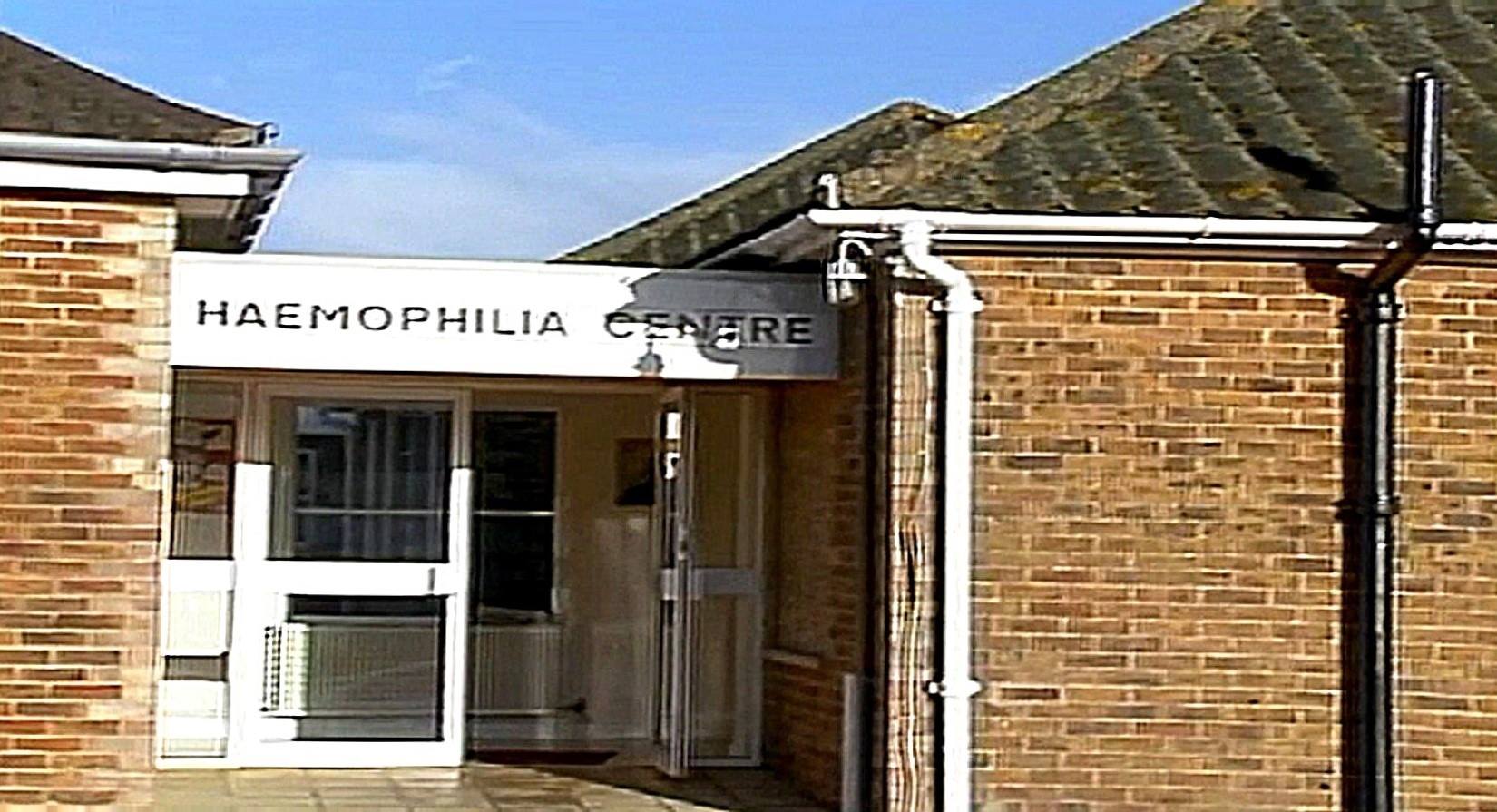 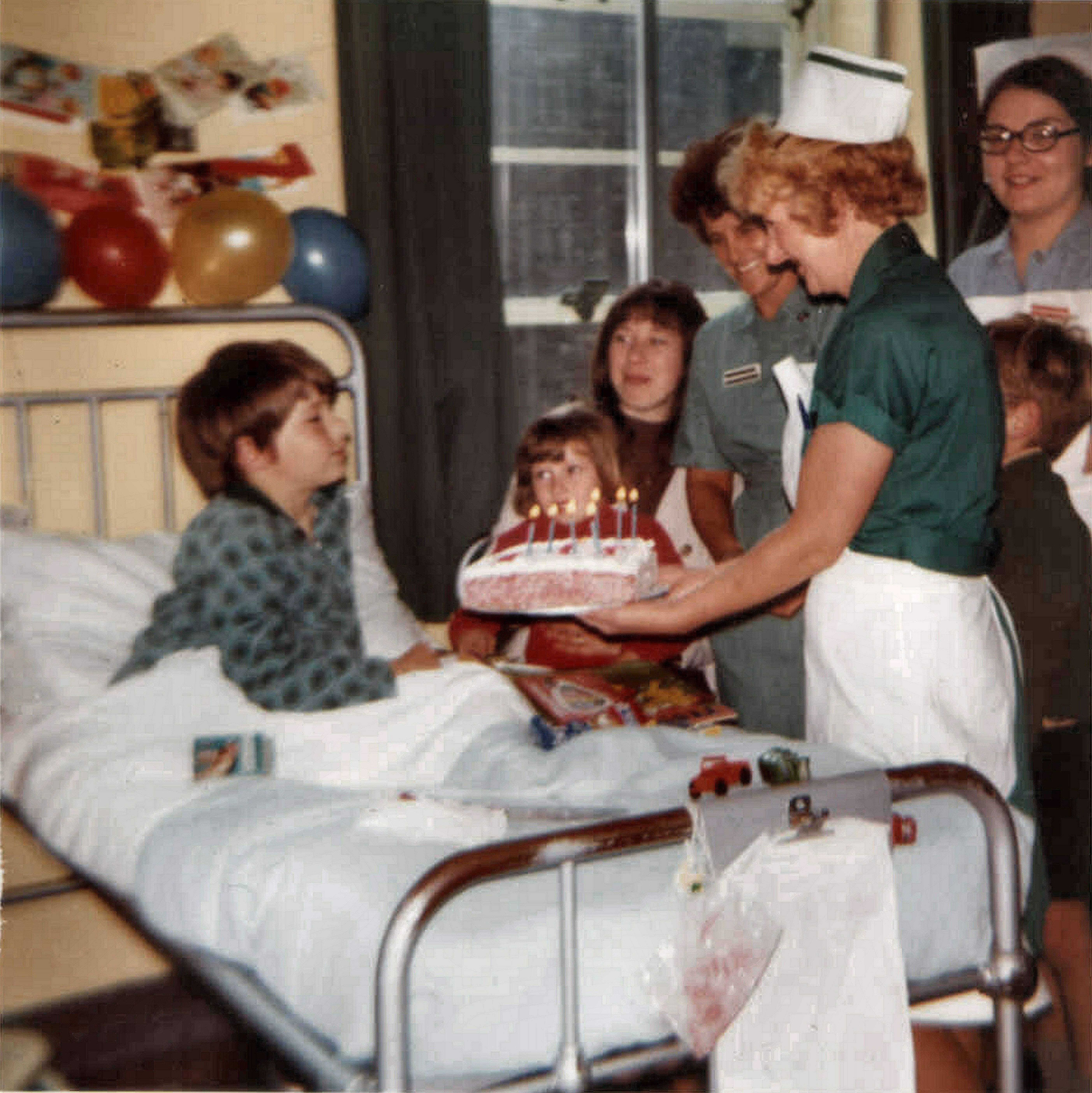 US blood from prisoners, homeless and sex workers

Hepatitis B, which affects the liver and causes jaundice, was a common infection in the school, but was played down as being non-life threatening.

“I had several bouts of Hepatitis and, on one occasion was really sick. We were used to infections even though we were too young to understand how severe they were.”

In the early 1980s, imported blood from the States began to be added to the mix. It was later discovered the donors included high risk prisoners, homeless people from deprived inner cities, sex workers and drug addicts – who helped fund their habits by selling blood.

The switch coincided with the spread of HIV and AIDS in the US. When pooled with the UK supply, just one infected sample could contaminate the whole batch – proving fatal for most of the boys at Treloar’s.

A 1986 study showed that 76 per cent of those who used commercial Factor products became infected with HIV, compared to NONE of those on previous treatment, cryoprecipitate.

Gary Webster, from Eastleigh, Hampshire, was 18 and about to start a job as a tailor at Moss Bros when he and his best friend were told they were HIV positive.

“I was so shocked, I looked at my friend and laughed,” says the 56-year-old.

“The doctor told us there were no drugs available to treat the virus and added, ‘I'm afraid we don't know much but we can't guarantee you've got more than two years.” 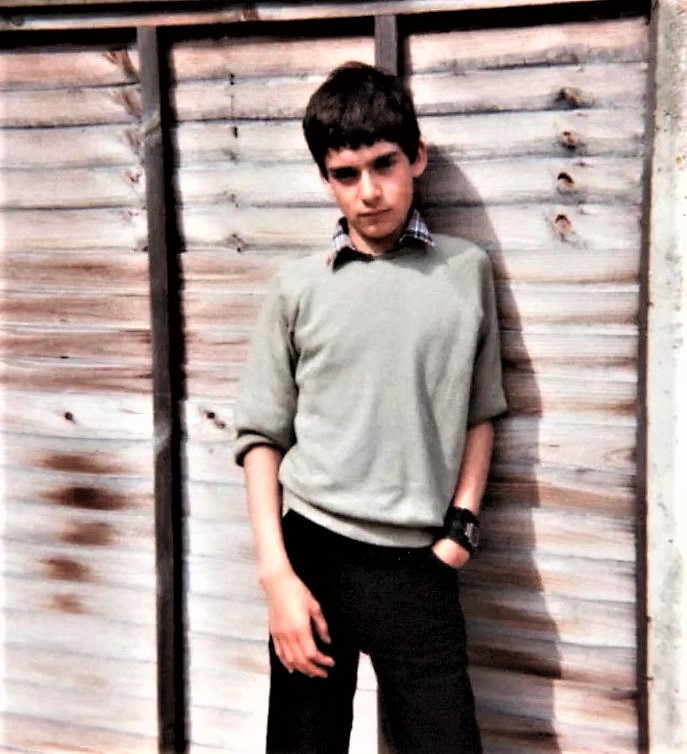 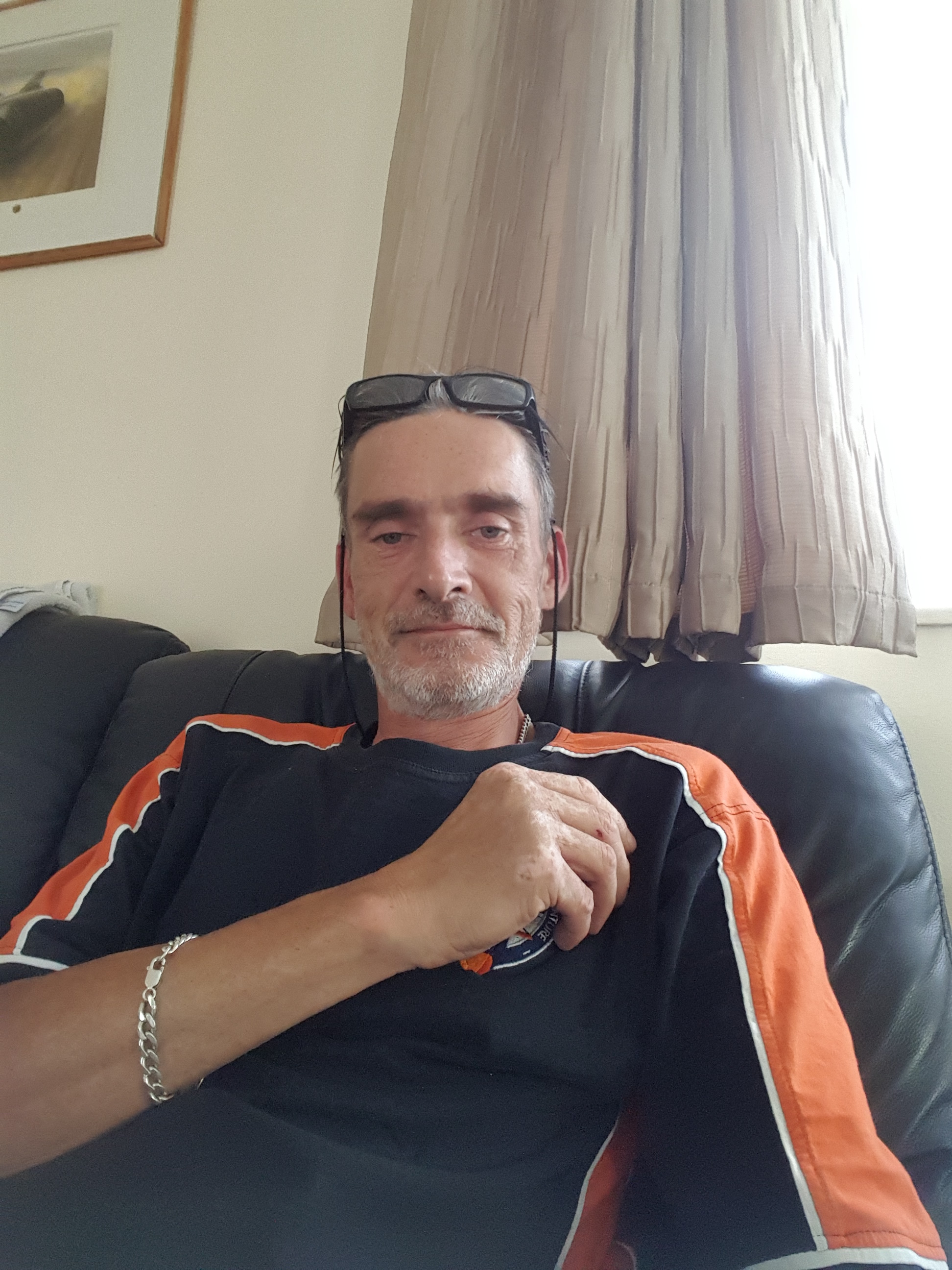 Having an HIV diagnosis in their teens – just as they started going out, finding romance and starting jobs – had a devastating effect on the boys.

“Relationships have been a nightmare,” says Gary. “In the first two years there didn’t seem any point, because I thought I was going to die.

“Even after I survived that, there's no security because you can get a mortgage or life insurance.”

Like many of the lads, Gary embarked on “ten years of madness”, drinking and living it up, convinced he was living on borrowed time.

Ade believes the two year “death sentence” the boys were given contributed to the problem.

“They should never have put a number on it. That did a lot of damage,” he says.

“A lot of people decided to ‘live fast, die young’ because they thought they were going to die anyway.”

Although not infected with HIV, Steve has suffered long-term health problems and chronic fatigue through the Hepatitis B and C infections and VCJD (formerly known as ‘mad cow disease’.)

With fear of AIDS running rife throughout the 1980s, Steve also came across stigma.

“I lost jobs because they found out that I was haemophiliac,” he says. “Overnight, haemophilia became a dirty word.” 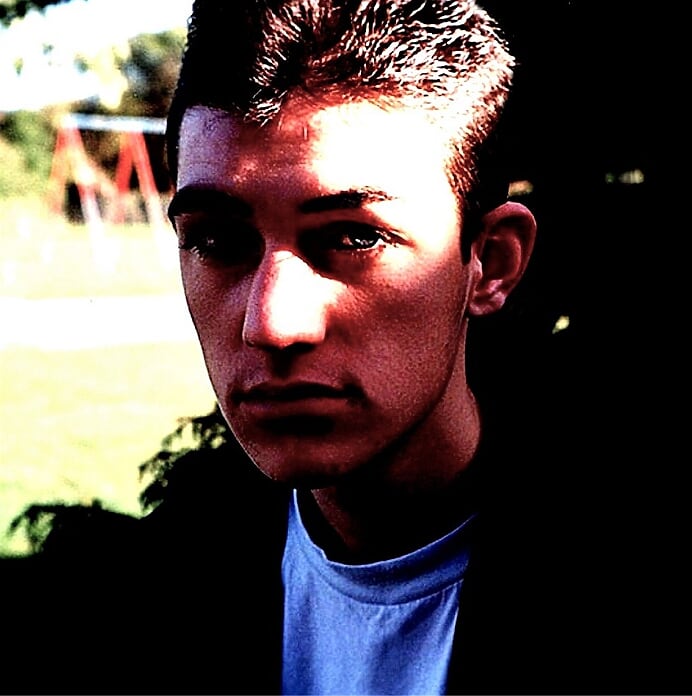 Richard, from Malton, Yorkshire, was diagnosed as HIV positive in 1984 but, incredibly, was not told until FOUR years later.

“I had girlfriends and, in 1987, I started dating my future wife Tina and we weren't taking precautions,” he said. “Luckily she wasn’t infected but some haemophiliacs who didn’t know they were HIV positive have infected their wives, and some have died.”

Richard discovered his infection during a routine GP appointment, in 1988.

“I walked home, in tears all the way,” he says. “My world came crashing down around me.”

Tragically, when Tina got pregnant, she was advised by a haematologist to have a termination because the child could be infected. The couple have been unable to have a child since.

"We would have loved to have kept the baby," says Richard. "It's heartbreaking we lost our only chance to have kids."

As a result of the infection, Richard also developed epilepsy which, combined with the haemophilia and HIV, made it “impossible” to keep a job.

“I was a danger to myself but also to other people in the workplace,” he explains. “If I had a fit, went down, cracked my head open and bled out all over the place, the repercussions would be grave.”

Even now, he says, people recoil if they hear he is HIV positive and, on a recent trip to hospital, a young doctor assumed he had caught the virus through drug use.

Watching his close friends die, one by one, has also had a huge mental toll. “I had four really close friends at school and two died at college,” he says. “The last one lived to 29. I have enormous survivor's guilt.”

In the last 30 years, successive governments have refused to admit liability for the scandal, calling it a “tragic, unavoidable accident.”

But campaigners say they had several warnings from haematologists around the world and point out that, had the NHS followed advice from Lord David Owen, and made the UK self-sufficient for blood products by 1975, thousands of lives would have been saved. 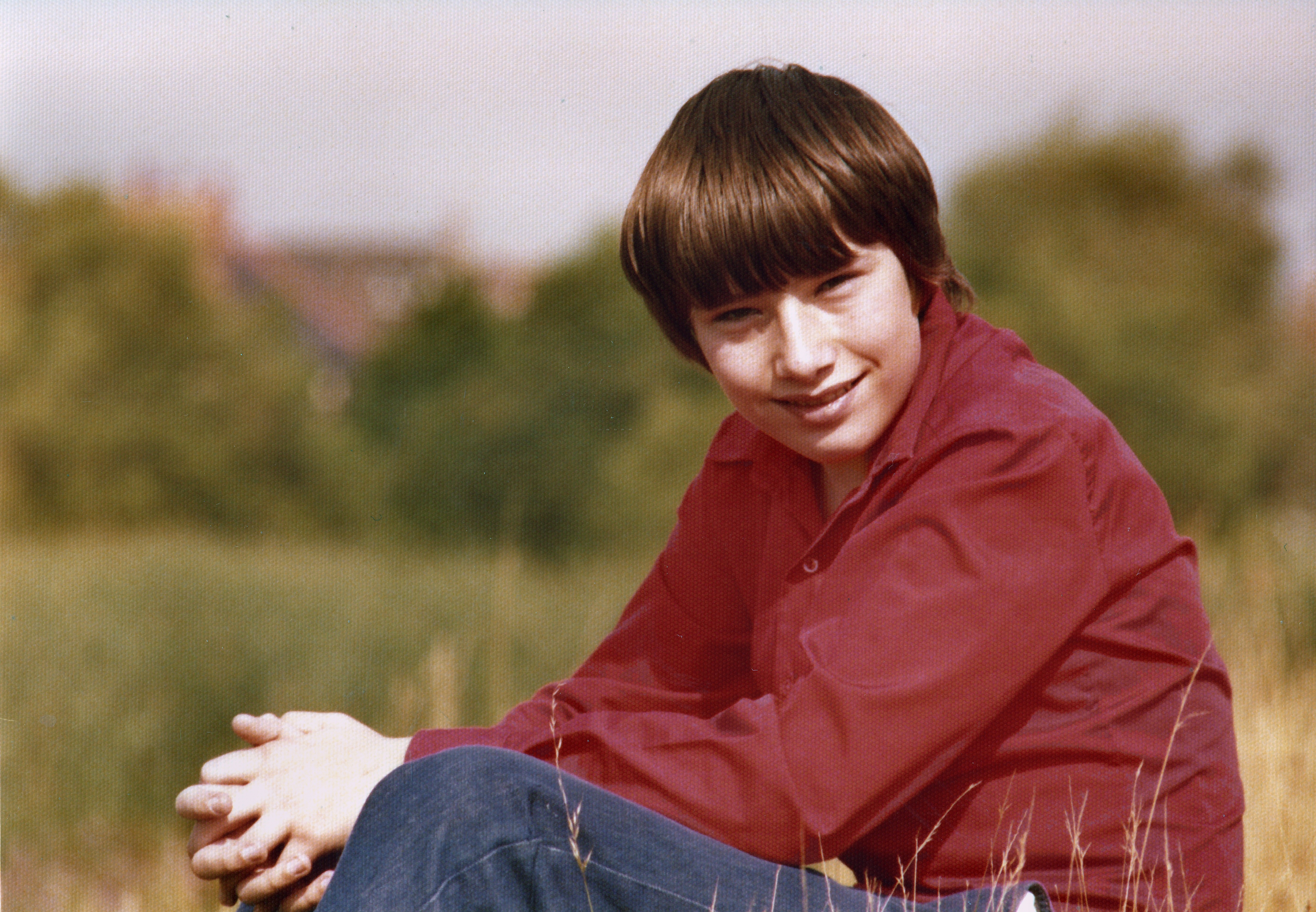 Amid rising fear of infection, in November 1983, Health Secretary Ken Clarke started: “There is no conclusive evidence that AIDS is transmitted by blood products" and the import of infected products continued.

But, speaking at a 2015 enquiry in Scotland, Dr Mark Winter said that at the time of the statement "all haemophilia clinicians clearly believed that commercial blood products could and were transmitting AIDS.”

In previous enquiries, documentation expressing concern has been 'lost’, including a letter from Treloar’s own Dr Anthony Aronstam, who initially pushed back against Factor 8 and wrote: “I do not want any of my mild haemophiliacs to develop hepatitis in any form.”

A report led by Lord Archer, in 2007, found that vital documents about the scandal had been destroyed and concluded there was evidence of “an exercise in suppressing evidence of negligence or misconduct."

Since then the McFarlane Trust has been set up to provide ex-gratia payments to those in financial hardship, but no compensation has ever been paid.

The latest enquiry, led by Sir Brian Langstaff, will hear the testimonies of Treloar’s survivors and the headmaster, Alec Macpherson, from Monday.

The close knit group of ex-pupils will support each other throughout. 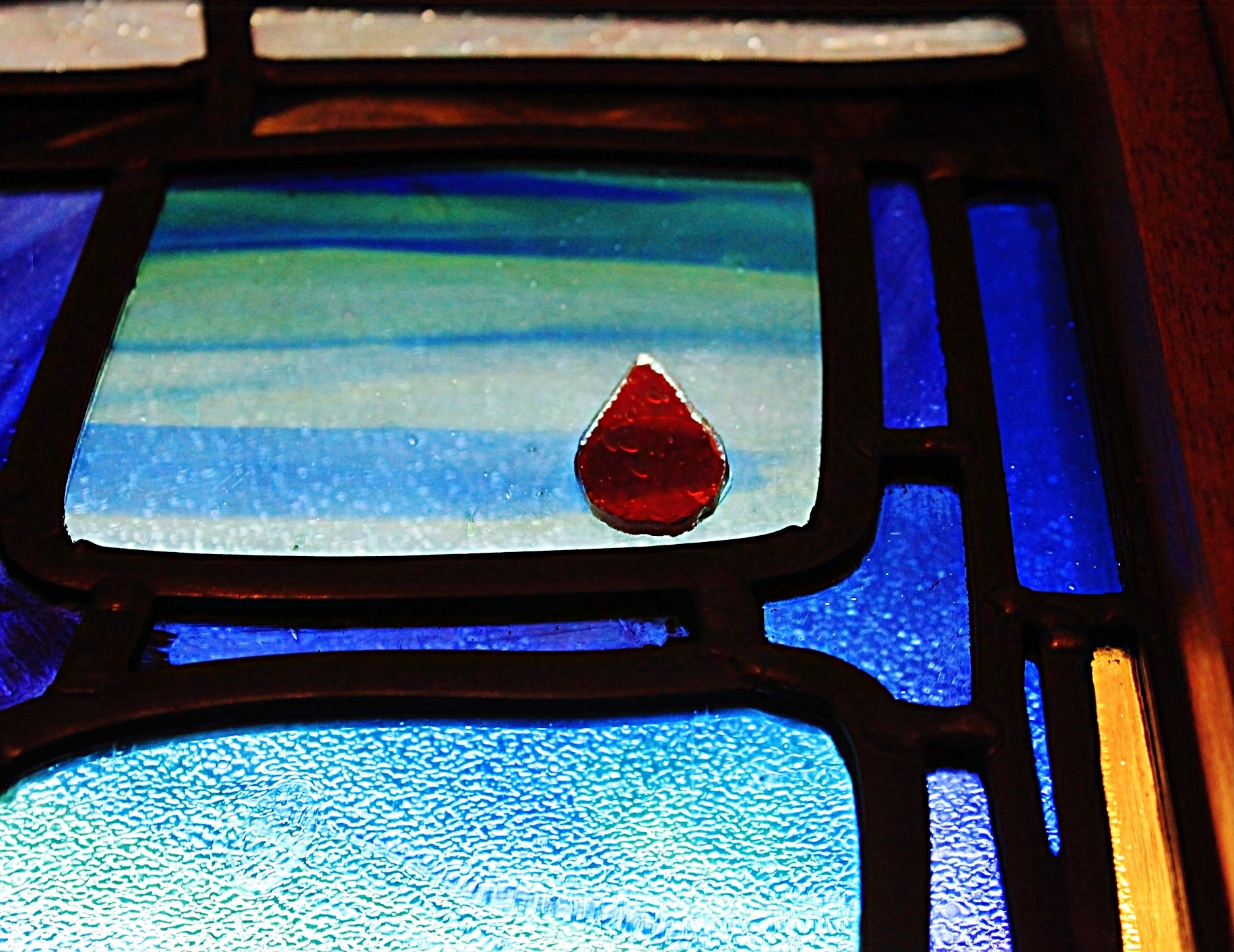 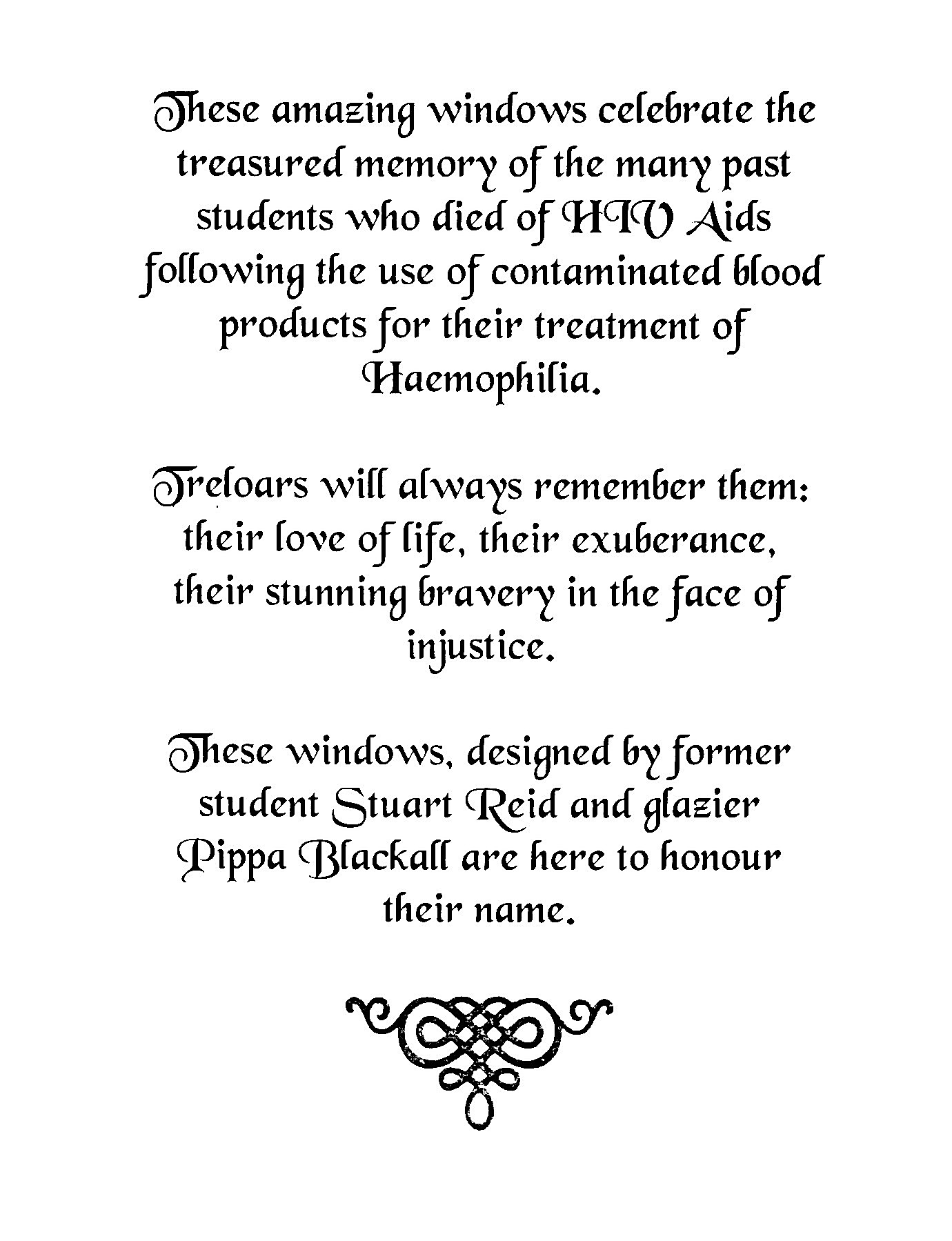 “We've stuck together through the last 40 years, because we vowed that those of us left alive would stand up and fight,” says Steve.

“They covered it up and thought this day would never come because we'd all be dead in 10 to 15 years.

“But the truth needs to be told and the truth is shocking.”