Italian-Americans to rally against canceling Columbus Day in NYC schools

“Last week Mayor DeBlasio and Chancellor [Meisha Ross] Porter of the Department of Education approved the removal of Columbus Day from the New York City public schools,” Angelo Vivolo, president of the Columbus Heritage Coalition, said to jeers and boos from more than 100 protesters assembled.

“What thoughts and hurtful message is he sending? …. the mayor’s appointees have pitted group against group rather than uniting our gorgeous mosaic. They seek to destroy respect, understanding and unity. Their efforts will fail … Yes, our united voices will be heard. We will not accept this injustice. Today it is Italian Americans. Who will it be next?”

The controversy exploded last week, when the city Department of Education put out the new school calendar, referring to Oct. 11 — Columbus Day — as “Indigenous People’s Day.”

An uproar from Italian-American politicians and activists ensued and the DOE and the mayor, clearly in damage control, updated the calendar to say it would close schools on Oct. 11 for “Italian Heritage Day/Indigenous Peoples’ Day.”

Criminal defense lawyer Arthur Aidala said he’s mulling a lawsuit against the city if de Blasio and the DOE don’t restore the 1492 explorer to the school calendar.

“I know Bill DeBlasio. I do know him well and I do know he is proud of his Italian heritage and I’m so disappointed in his position about Christopher Columbus,” said Aidala, former president of the Columbia Lawyers Association.

“We’re all flawed. Stop it! Enough! Christopher Columbus is here, he is here to stay and on behalf of the lawyers we are going to do everything that the legal system has to offer to make sure Columbus is not forgotten, the Italian American experience isn’t forgotten, the Italian American contribution to this country is not forgotten. And, ladies and gentleman, one final thought, just remember America is a beautiful Italian name.”

Afterwards, Aidala told The Post the administrative decision to cancel Columbus from the DOE calendar was made without consultation from the Italian-American community and could be deemed “arbitary and capricious” by a judge.

“Italian Americans are also fighting to ensure that the truth is told and taught about Christopher Columbus. Every bit of primary source material describes Columbus as a good Christian who treated Native Americans with dignity and respect,” Russo said.

“I can emphatically state that we are totally united in our support of Columbus Day as a federal, state and local holiday and in our demand that Mayor De Blasio reinstate Columbus Day. Mayor De Blasio, we will not allow you to erase our history of our heritage.”

“My father fought in the Second World War. He entrenched in me the love of the United States of America. He said, ‘Joey, this is the greatest country in the world and we have given so much, we have given so much to this country as Italian Americans that we deserve at least to have a day for this great, great heritage that to me is the foundation of the United States of America,” said Piscopo.

De Blasio’s office had no immediate comment to the protest.

But on Monday, City Hall said he had the intention of reinstating Columbus because the school calendar still celebrates Italian-Americans.

“I don’t agree with protests against Italian Heritage Day. Italians have done so many things for New York City. Our two greatest mayors are Italian,” mayoral spokesman Bill Neidhardt. “(Bonus points if you guess correctly).” 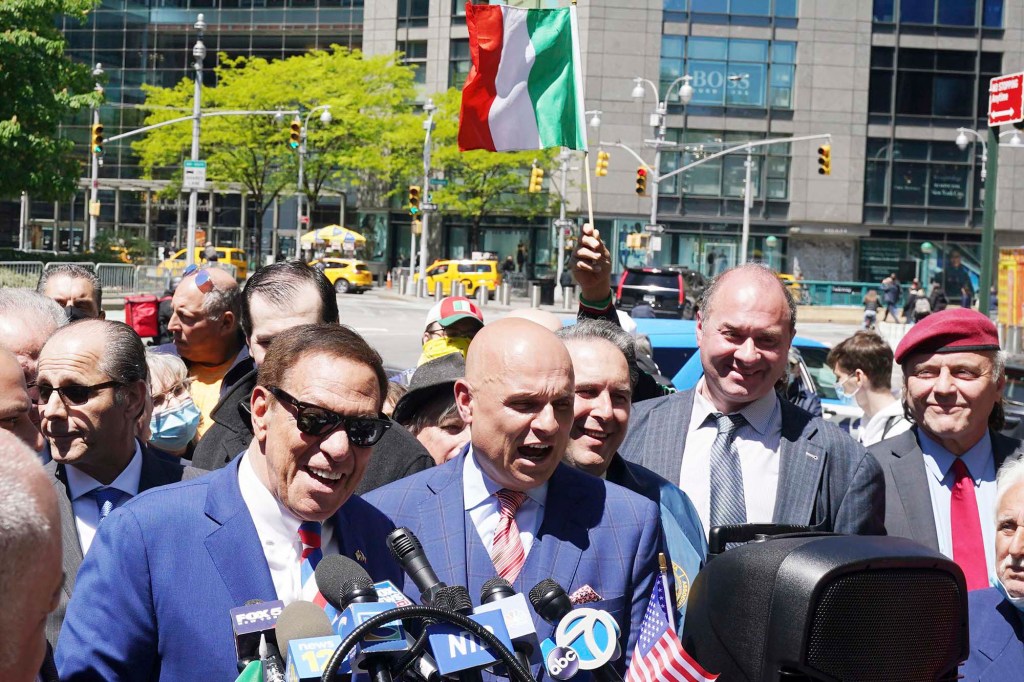 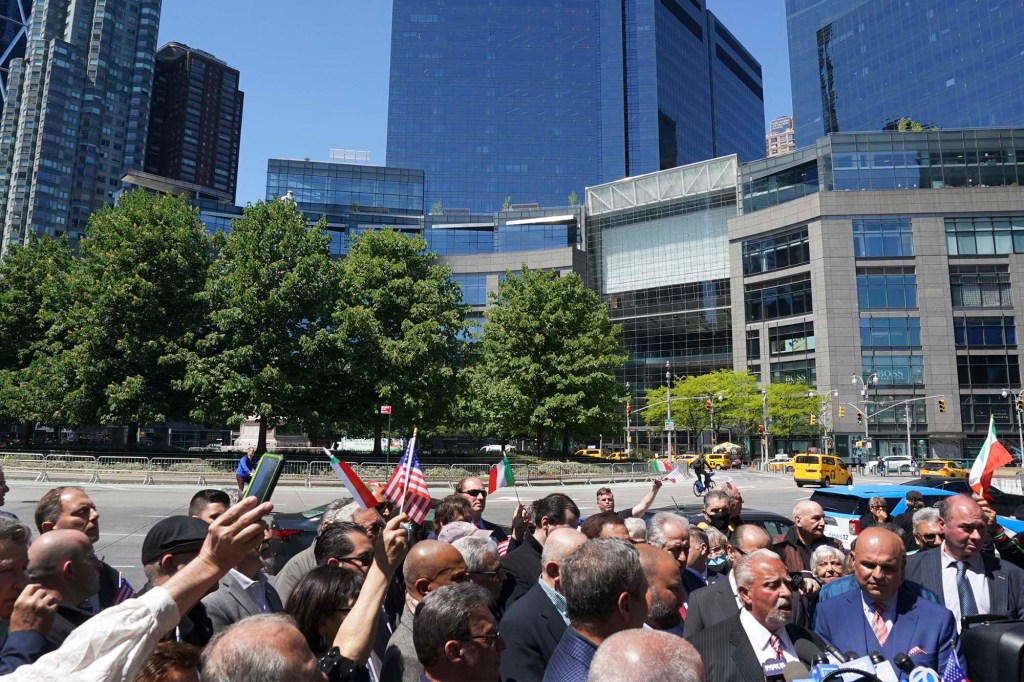