Biden and First Lady Jill Biden spoke with several couples and children during the traditional Santa tracking event with military families, a tradition for the presidents on Christmas Eve. 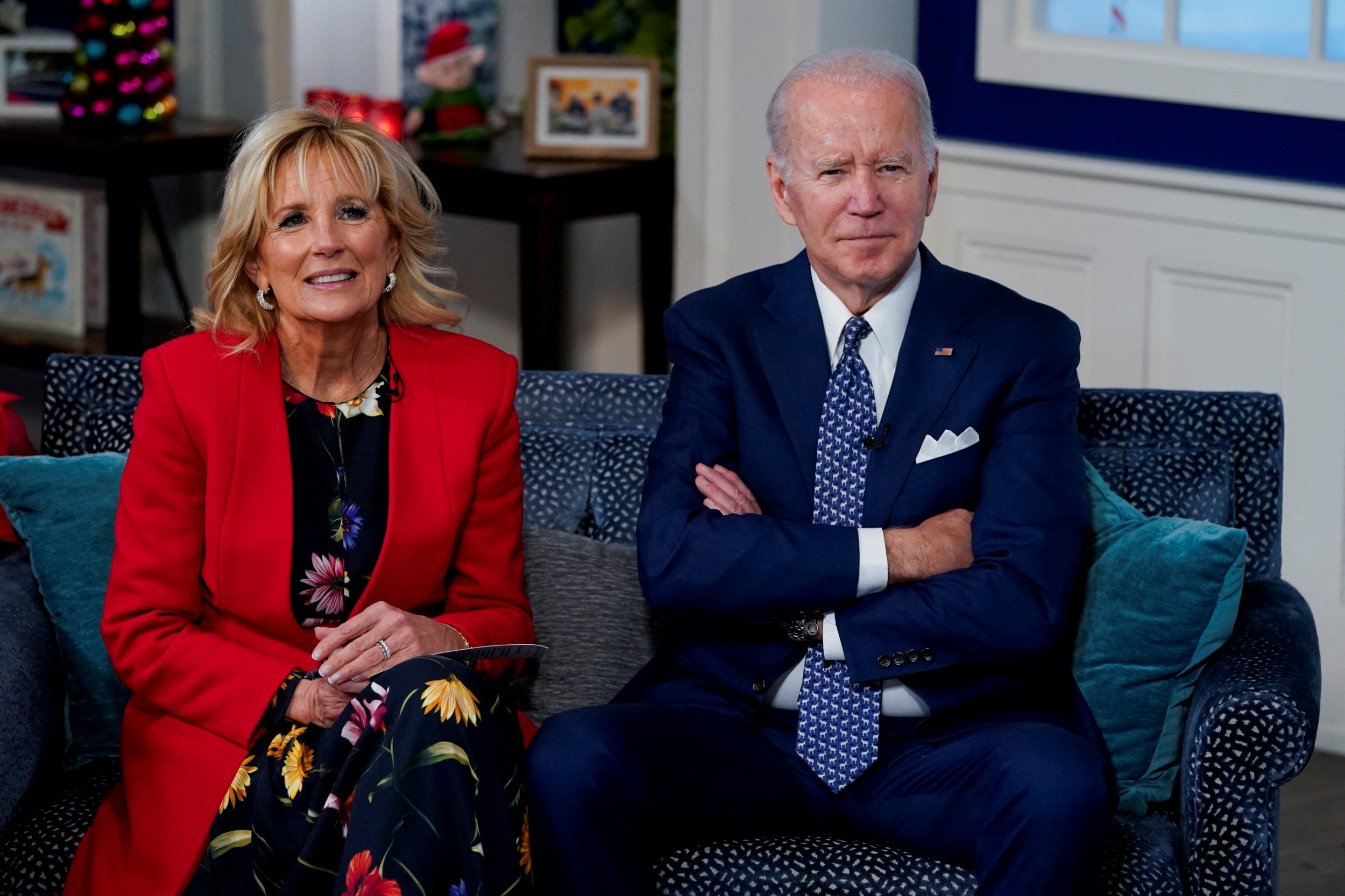 However, one father, known only as Jared, tricked the president into saying the popular meme phrase that has swept the nation in recent months.

In the video, Biden tells the father: "I hope you guys have a wonderful Christmas."

The father responds: "Yeah, I hope you guys have a wonderful Christmas as well and Let's Go Brandon."

The president foolishly answers, "Let's Go Brandon, I agree." It's the first time Biden has reacted to the phrase.

In the video, the crowd behind Brown chants "f*** Joe Biden" however, the NBC reporter is claiming the chant is "let's go Brandon," which has since been referred to as a form of damage control.

Following the viral interview, multiple sporting events across the nation have had large crowds chanting "f*** Joe Biden" in protest of his presidency.

Since then, People have been creating different memes with the phrase "Let's go Brandon" and posting them all over social media.

The catchphrase has also been turned into merch, with items such as hoodies and flags displaying the words "Let's go Brandon" or "F**k Joe Biden".

In November, White House press secretary Jen Psaki said the president did not focus on it.

“I don’t think he spends much time focused on it or thinking about it,” Psaki replied when asked by an NBC reporter about the slogan during a press briefing.