Journalist has sex during radio interview while reporting on swingers club 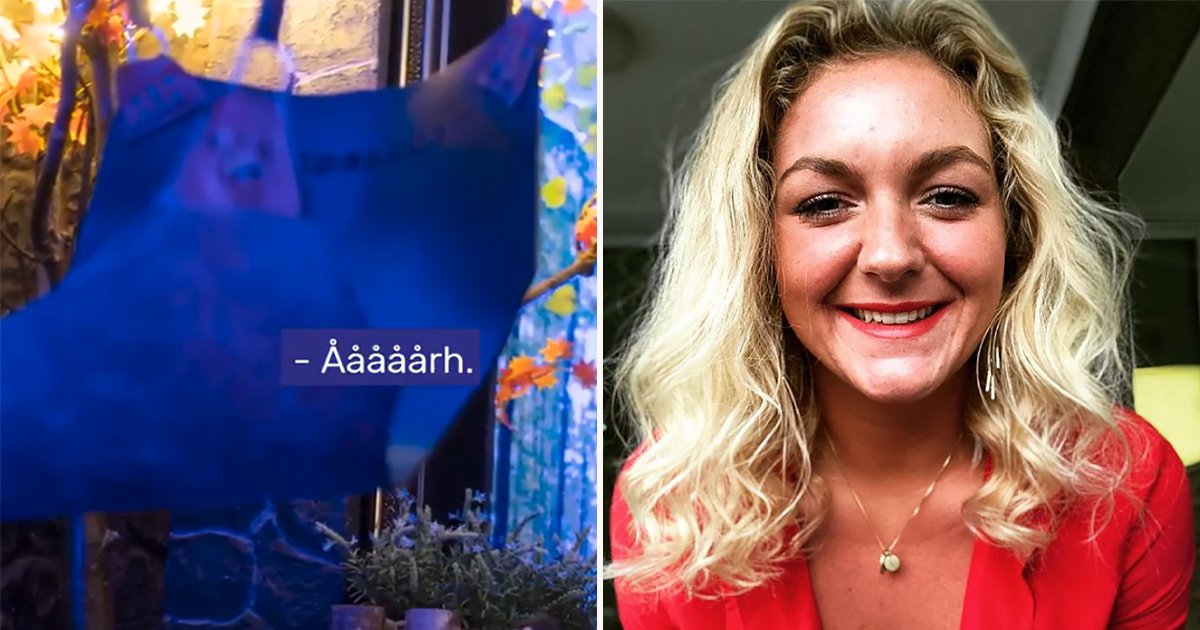 A journalist fully immersed herself in her assignment – by having sex with a man on tape while reporting on a swingers’ club.

Louise Fischer, 26, from Denmark, was covering the reopening of Swingland in Ishøj, near Copenhagen, when she decided to get properly involved.

Audio of her report shared on social media includes slapping noises and groaning while she interviews the man about his experiences.

She said it helped her interviewees loosen up after they had initially been wary of her microphones.

The two minute segment aired on Danish national radio and was shared on social media last week with the caption: ‘Warning: It got hot and wet for both our reporter and the guests.’

Louise spent several hours with visitors to the club and hadn’t initially planned to have sex.

She told BT: ‘It’s a big bed in the middle of a room, they invite me up in. They want to show me what to do in a swinger club, then they start touching my body.’

She said she wasn’t pressured into doing anything by her bosses or the club’s guests, adding: ‘For me, it’s very natural. It is part of my job to give an insight into a world that not everyone has access to.’

During the segment, she’s heard asking a man ‘What are you seeing right now?’ He responds that he was looking at a ‘gorgeous woman who had not tried being in a swinger club before.’

Louise later told reporters she had ‘enjoyed it’ but ‘it wasn’t the best sex of her life’ although the men at the club had made her feel like a ‘goddess.’

Most of the other responses to the pieces were positive, according to Louise, but some thought she had ‘crossed a line in journalism.’

Radio 4’s head of news Tina Kragelund told BT the station’s editors had signed off on airing the segment.

‘I feel like I just think it’s cool when the journalists try to make the stories in a different way,’ she said.