A Kansas mother was convicted of first-degree murder Monday, two years after her 2-year-old son ingested methadone that was prescribed to her to treat heroin addiction.

The Wichita jury deliberated for about two hours before delivering the guilty verdict for 25-year-old Kimberly Compass, who will be sentenced on Aug. 12.

Her toddler son, 2-year-old Zayden JayNesahkluah, was found dead in a pool of his own vomit on May 29, 2019 after spending the night in a motel with his mother, sister and one of his mother’s friends.

Prosecutors said that the child’s DNA was found on the mouth of one of his mother’s prescription methadone bottles, and that two drink containers – a Coke can and fruit punch juice bottle – tested positive for methadone, the Wichita Eagle reported.

The state also floated the theory that Compass “dosed” her son with methadone, a strong synthetic opioid, because he was “hard for her to handle,” according to the newspaper. 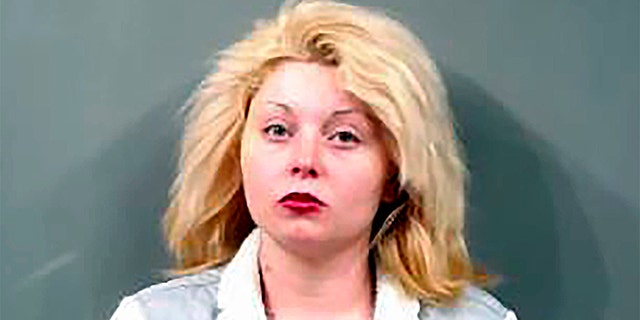 The Wichita jury deliberated for about two hours before delivering the guilty verdict for 25-year-old Kimberly Compass, who will be sentenced on Aug. 12.  (Sedgwick County Sheriff’s Office via AP, File)

Compass’ defense attorney, Steve Mank, argued that the mother did not know how her son got ahold of the methadone and pointed to witness testimony that alleged someone else confessed to poisoning Zayden.

“There are too many questions, too many unanswered questions, too much speculation, and too many what if, is it possible,” Mank said in court. “The state needs to prove each and every element required by law under a reasonable doubt, and they can not do that in this case.”

The child’s father, Caleb “Bear” JayNesahkluah, told the Wichita Eagle outside the courtroom that he’s “not really relieved” and would “just rather have my baby.”

“In seven days, it’s going to be two years since I lost him, and I’ve been waiting all this time,” he told the newspaper. “Had it not been for her actions my son would still be here. There was absolutely nothing wrong with him for him to have passed in this manner.”