The heated discussion happened just hours before the Mayor is expected to accept Boris Johnson's Tier 3 lockdown restrictions on Manchester. 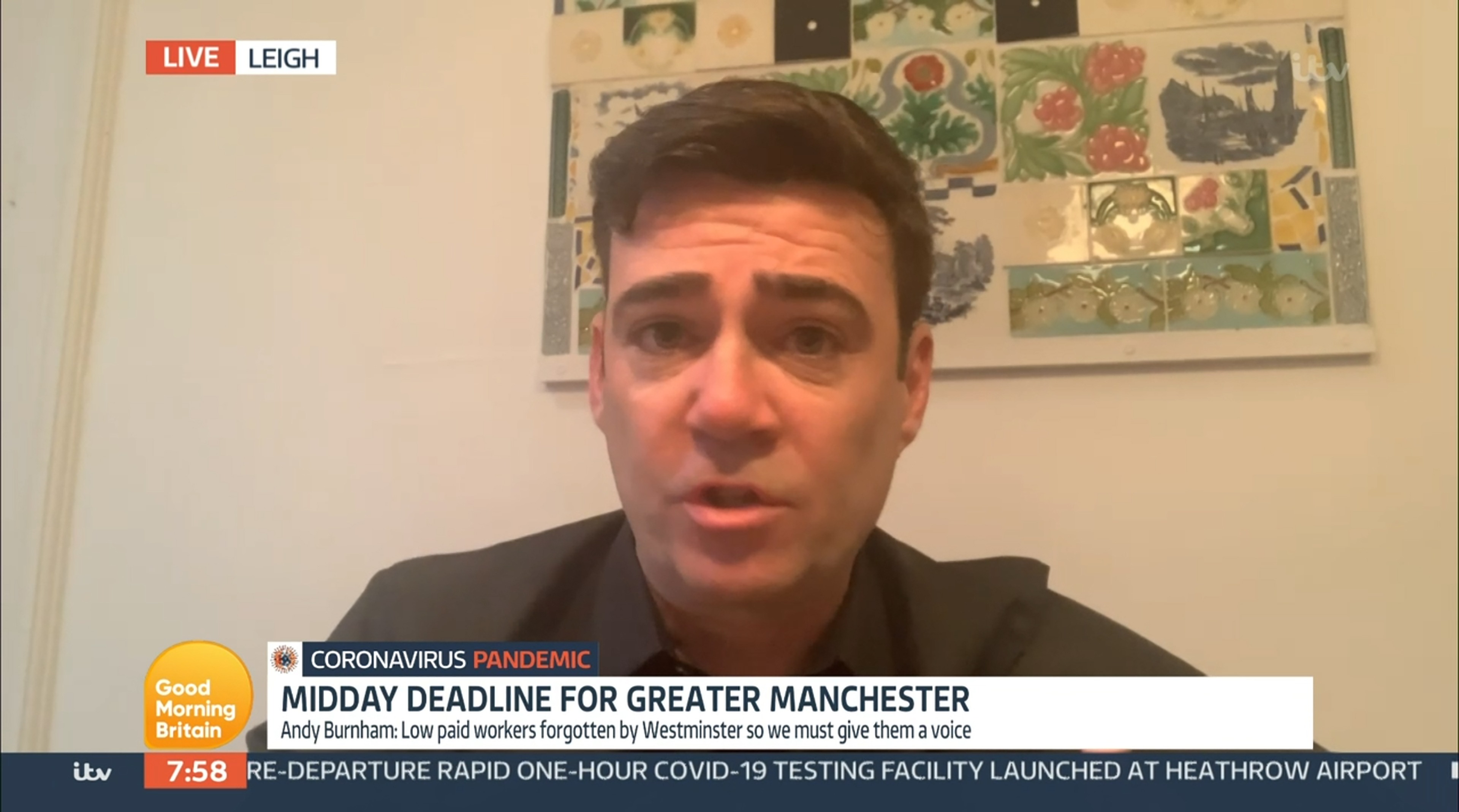 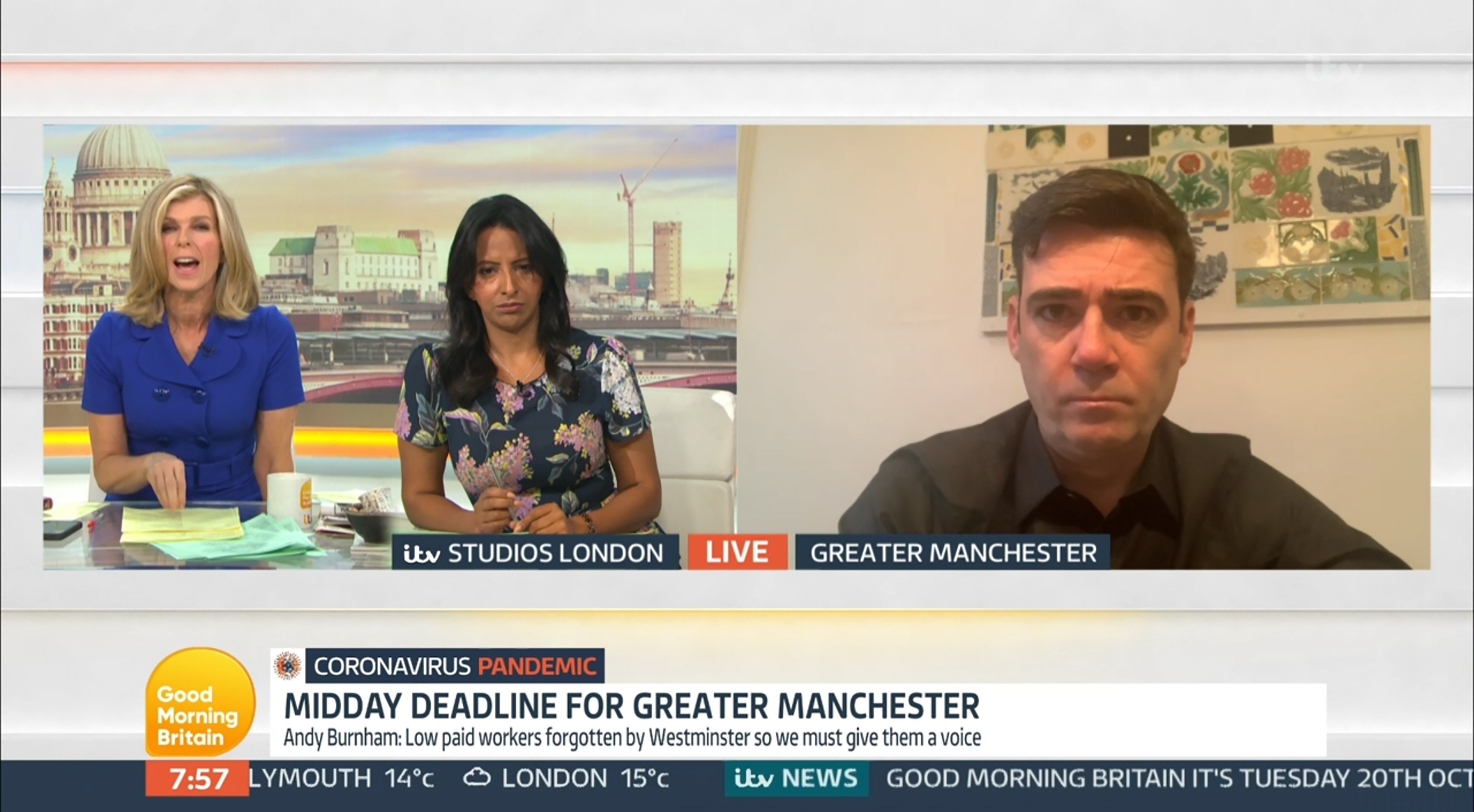 Despite the number of cases falling in parts of the city, Andy Burnham, 50, said he would ask people to obey the law after today's midday deadline.

On Good Morning Britain, the former Health Secretary suggested that the north of England had been pulled out of the national lockdown too early, which caused cases to surge later on.

He said: "That is why we are in the problem we are in at the moment."

Kate Garraway then rebutted, pointing out that Manchester and the north aren't the only areas with lockdown restrictions.

She said: "London's in as tight restrictions as you are about to have imposed but the mayor there has accepted similar restrictions, so it isn't just a north-south divide."

The Mayor then replied: "No, not completely and I did say earlier in the interview that this is everyone's issue.

"We need a fair financial framework."

Andy Burnham also called for "factual information" to be given out after accusing the government of "raising the fears of the public" to back up their argument.

GMB's host Ranvir Singh then questioned the Mayor on the implications of delaying Manchester from going into Tier 3.

He said: "They've got a prominent mayor in you in delaying these restrictions.

"Surely that gives the people of Greater Manchester the freedom to actually [think], 'If our mayor doesn't think it's imperative to go into Tier 3 right now then why should I behave in a way that means I can't mix with other households'?"

However, Andy replied: "I've never said that I wouldn't accept Tier 3 under any circumstances.

"What I've said is that if you're going to do it, you have to support people properly through it."

Kate then interjected, saying: "But Andy, people react and… don't necessarily listen to every word that we say.

"They form an overall impression. And you have publicly delayed – for what you believe are good reasons for the people of Manchester.

"But the perception of people is that he's standing up to the government, he doesn't want to have this Tier 3 unless we get money.

"The impression will be that resistance isn't futile, that actually going out and breaking the rules because they need to put food on the table might be something that you would unconsciously approve of that."

The Mayor then said it was a risk that the government was taking – since they are the ones talking about imposing restrictions.

He then added: "I'm trying to be constructive.

"They are the ones that set the ultimatum, not me. So I will continue talking right up to it."

Kate then questioned the Mayor on Labour leader Keir Starmer's call for a national circuit-breaker, to which Andy responded: "I personally think that staying in Tier 2 with the possibility of a national circuit break is the best way to go.

"Because it's shorter, it would create more benefits to health and less harm to the economy. So that is my position."

Last night, Machester was dramatically given a deadline of midday today to agree to a deal on lockdown or have the restrictions forced upon them by the Government.

This is despite the latest figures showing Manchester, Trafford and Stockpot showing a decline in their weekly figures – down 17 per cent, six per cent and six per cent for the week ending October 15.

Other parts of the area – with a total of 2.8million people – have seen rising cases, however.

The Mayor has now said he would ask people to obey the law if he was ordered into the next set of restrictions by Boris Johnson later on.

Andy Burnham has also warned a second national lockdown is coming and "all of England will be in Tier 3" this winter. 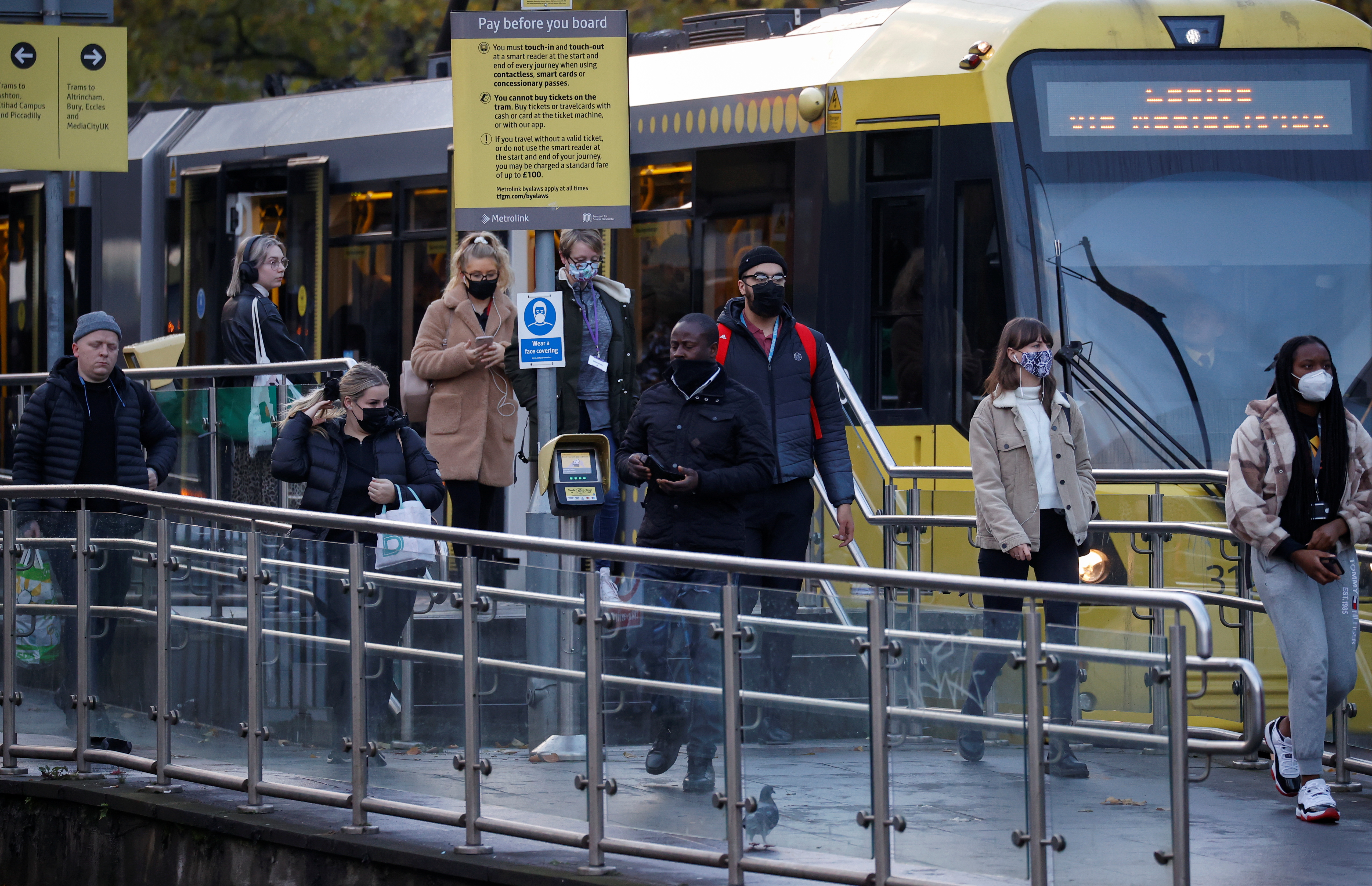