Ingrid Goldstein* considers herself lucky. She recently survived cancer, holds a secure job with a top-tier city law firm and lives next door to her parents, which has its perks in a global pandemic.

But the 32-year-old admits that Victoria’s latest lockdown – the fourth in 15 months – is taking a toll on her mental health. Asked how she’s faring, her answer is bleak. 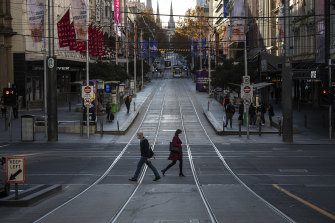 Victoria’s fourth lockdown in 15 months is taking a toll on mental health.Credit:Getty Images

“I was just coming out of a pretty dark place and now we are back in it,” she told The Sunday Age this week, moments after the Andrews government announced that its original seven-day lockdown would be extended for at least another week.

“I live alone, find it really triggering to work from home again, and the uncertainty and lack of socialisation is killing me mentally. You can’t make a plan because you’re basically living in this state of suspended animation where you don’t know what’s going to happen next.

“And if this is how I feel – as a privileged white-collar worker – I can only imagine how students or business owners or poor people feel. Surely there has to be a more nuanced approach?”

Days after acting premier James Merlino announced a snap lockdown designed to “chase down” a growing COVID cluster originally sparked by a hotel quarantine breach in South Australia, Victorians once again found themselves in a place none of them wanted to be. It’s the second lockdown of 2021, following five days of restrictions in February after the Holiday Inn outbreak.

But February’s circuit-breaker came after what was then among the longest and toughest continuous COVID-19 shutdowns in the world: the brutal four months of restrictions imposed by the Andrews government between June and October last year as it tried to quell ­an outbreak, sparked by its botched hotel ­quarantine scheme, which led to the deaths of 768 people.

Yet for all the familiarity of Lockdown 4.0 – mandated masks; daily press conferences; panic buying of toilet paper – the psychological impact is different.

People interviewed this week by The Age say there is a sense of frustration that, despite the sacrifices and lessons learnt, Victoria is the state that’s once again been brought to a standstill.

There’s anger that the federal government has not been able to roll out an efficient vaccination program, and particularly for failing to do so in aged care homes where residents and staff are among the most at risk. And there’s a sense of helplessness, the kind that comes with knowing that you can do the right thing – wear a mask, stay at home, wash your hands – but the virus can still prevail. 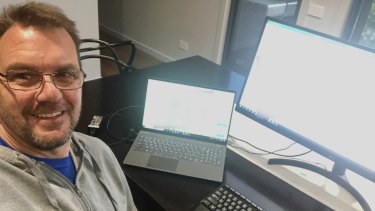 At the start of last year’s lockdown, Phillip Island resident and management consultant Michael Schuller lost his business. This time, he has plenty of work, “yet my focus and productivity is shot”. Until restrictions eased in regional Victoria on Thursday, he also felt “discombobulated and disconnected” by the small things: the lack of human interaction; the mandated masks hiding smiles of friendly faces; the endless “doom scrolling” of the internet.

Other factors are also taking a toll. The loss of the Jobkeeper wage subsidy has left casual workers struggling to make ends meet, while the infiltration into aged care has triggered memories of last year’s outbreak, particularly among those who lost their relatives last year.

And then there’s the nature of the virus itself: an Indian variant of COVID-19, dubbed “Kappa”, that Victorian Chief Health Officer Brett Sutton described as “an absolute beast” because “it has moved faster than any other strain we’ve dealt with”.

While this was later disputed by infectious disease experts, the fear of a speed of transmission we’d never seen before added to the anxiety many Victorians felt. 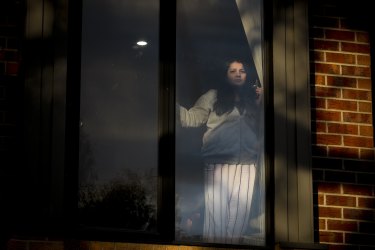 Shivrani Choudhary was confined to home after her Wollert business was visited by an infected delivery driver. Credit:Chris Hopkins

Melbourne mother Shivrani Choudhary, who runs a grocery store in Wollert – the outer Melbourne suburb central to the latest outbreak – had both business and mental struggles after the contact tracers visited.

Health authorities discovered a food delivery driver had visited her store on May 18 while asymptomatic. He was only there for a few minutes, but it was enough to force her store to shut down for deep cleaning and inspections, and confined her to home for two weeks.

While Choudhary accepted the need to chase down the virus, the lost income and lack of clarity from authorities over when her store could reopen has caused extra anguish.

“It’s not just financial – there’s so much mental stress,” she says. “You are quarantining in your house, but when you have two kids who are full-time students and your husband has to work, who will do all the work at home?” 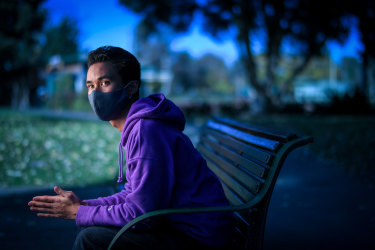 ‘A lot of things that are familiar’: Cafe worker Bryden Vasquez.Credit:Eddie Jim

Across town, cafe store manager Bryden Vasquez is somewhat more upbeat. The 24-year-old also had his own COVID scare last week, when he discovered he had been at an exposure site in Brunswick at exactly the same time as an infected person.

His test results turned out to be negative, but he admits the wait was unsettling – and learning of the new COVID variant was equally “scary”. Nonetheless, Vasquez is more optimistic than most about the days ahead.

“There are a lot of things that are familiar with this lockdown so it’s not as bad as last time,” he says.

“We kind of know that there is a light at the end of the tunnel and that things can go back to normal quite quickly. I think that’s pushing me to think that everything’s gonna be fine.”

Monash University professor of psychiatry Jayashri Kulkarni said the feeling was a little different around this lockdown. 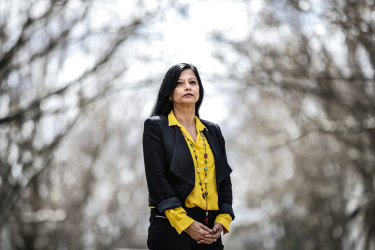 “Last time we went into a bit of panic, there was a major anxiety around what was going to happen. This time, it’s not a massive unknown but there’s a feeling of futility and powerlessness,” she says.

“One likes to feel a sense of natural justice, but here’s a situation where we feel as though, ‘We’ve done the right thing, but all is still not well’. So instead there’s this sense of ‘is this ever going to end?’.”

Victoria does lockdown hard, with policies such as the five-kilometre travel zone (now expanded to 10km), mandated outdoors hours, curfews and fines. In the process, businesses have been crippled and employees have lost their jobs. It’s hit parents juggling online schooling with working from home and women trapped in their homes with abusive partners. Substance and alcohol abuse have soared.

And while the long lockdown proved the right call – like the rest of Australia, Victorians spent most of the summer and autumn with no community transmission – the lingering trauma of 2020 remains. Therefore, says Kulkarni, “the minute a new lockdown is announced the post-traumatic stress disorder kicks in”.

That became apparent this week, when The Age asked readers to tell us how they were coping.

“Drinking alcohol every day straight from the morning,” wrote one unnamed reader.

“Feel like I am running on empty,” wrote Naomi, a teacher and parent of school-aged children in remote learning.

“As a VCE student it’s stressing me out to have so much uncertainty during such an important part of year 12,” said Mullauna College student Ryan Kepper. “I’m only coping because we know that staying home is protecting ourselves and our community.” 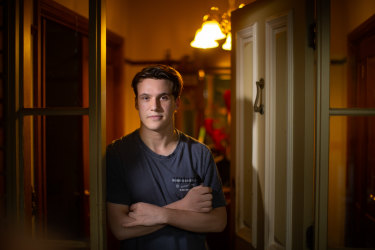 ‘It’s stressing me out to have so much uncertainty’: VCE student Ryan Kepper.Credit:Simon Schluter

Ashley de Silva, chief executive of online mental health service ReachOut Australia, said the cumulative effect of Victoria’s four lockdowns meant people could take comfort in the resilience they’d previously shown to get through the process. On the other hand, “there’s a line to tread between drawing on that strength and resilience while equally acknowledging that lockdowns are really difficult, and they can be really tough for people”.

“Just because you got through the one before doesn’t mean you’re going to feel the same way this time.”

*Not her real surname.