Kwasi Kwarteng today admitted that ‘with hindsight’ he probably should not have joined a ‘Champagne reception’ for City traders in the immediate aftermath of his Emergency Budget.

The Chancellor spent the evening of September 23 at a Tory networking event – also attended by party chair Jake Berry.

The gathering happened as the Pound was hammered on the markets amid alarm over unfunded tax cuts and the lack of scrutiny from the independent OBR.

The Treasury has denied that there was anything inappropriate about the event. But Mr Kwarteng conceded this morning that it did not look good.

‘With hindsight it probably wasn’t the best day to go,’ he told LBC during a round of interviews. 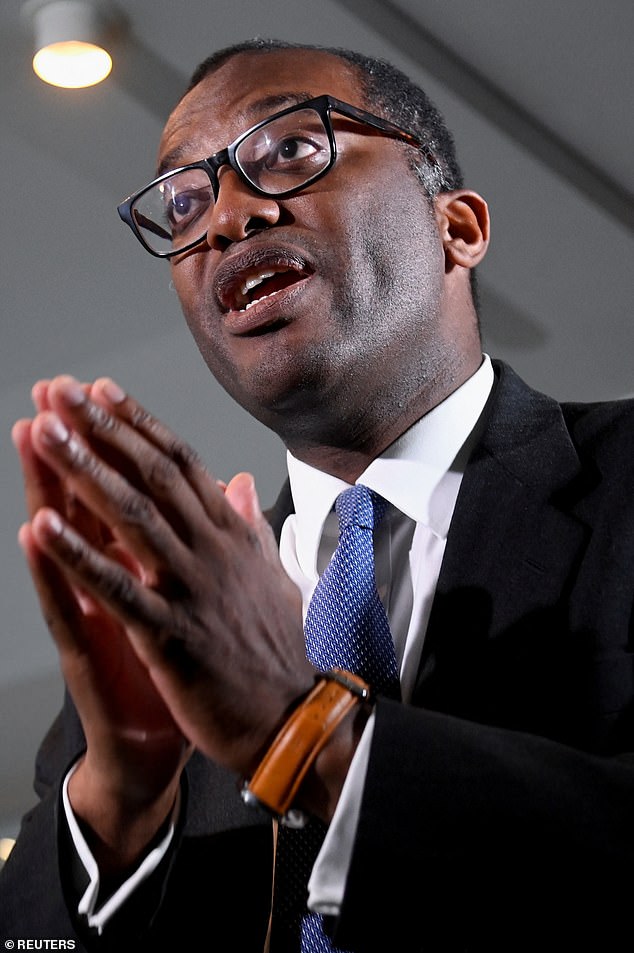 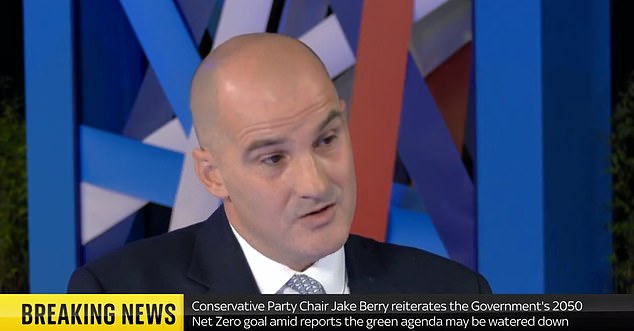 Appearing on Sky News’ Ridge on Sunday, Mr Berry insisted there was nothing wrong with the function and Mr Kwarteng merely talked about his ‘plan for growth’

Mr Kwarteng said the event had been planned for ‘a few weeks’ beforehand.

‘I spent, I think, quarter of an hour there, or maybe a bit longer. It was a party event, we have party events all the time,’ he said.

Mr Kwarteng added: ‘I think it was a difficult call and I totally get how it looks. I just feel that it was something that I was signed up to do and I had to do.’

He acknowledged that ‘with hindsight it probably wasn’t the best day to go’.

The admission came after Liz Truss and ministers defended the Chancellor going to the reception.

Appearing on Sky News’ Ridge on Sunday, Mr Berry insisted there was nothing wrong with the function and Mr Kwarteng merely talked about his ‘plan for growth’.

Meanwhile, the PM said meeting business people was part of Mr Kwarteng’s job – although she also stressed that she does not manage his diary.

Mr Berry told Sky News: ‘I was there so I listened to what he said and what he talked about was his plan for growth.’

He added: ‘I can categorically rule out that in terms of the address he made to the group of people who were there as part of this normal treasurer’s event, he did not give any insight into future plans and I’m sure in terms of his private conversations he didn’t give any.’

Mr Berry suggested Mr Kwarteng was drinking a soft drink rather than Champagne, adding: ‘We often have drinks receptions for donors in the Conservative Party and in fact these people should be lauded because we don’t have public funding of political parties and these are people who go out and make money and donate to political parties in the same way as they do for the Labour Party and the Liberal Democrats.’

Ms Truss told the BBC: ‘The Chancellor meets business people all the time, that’s his job.

‘I do not manage Kwasi Kwarteng’s diary, believe me.’

A source close to Mr Kwarteng said yesterday: ‘It is completely normal for the Chancellor to engage with businesses after a fiscal event.’

The source added that Mr Kwarteng had ‘addressed key stakeholders in the business world, including the financial services sector, to talk through what the plans mean for jobs, growth and investment in the UK’. 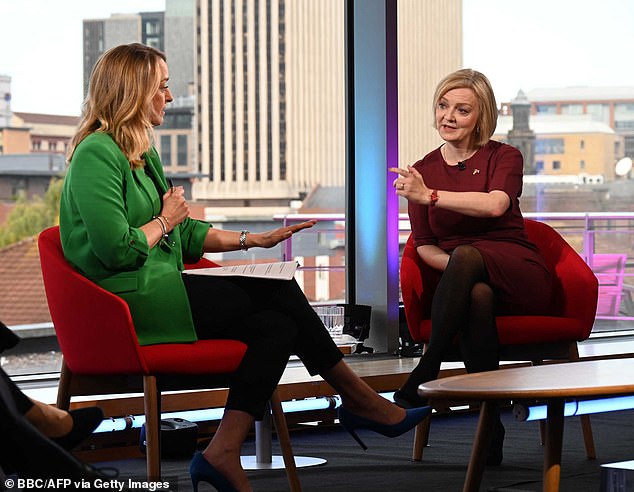