This shocking video shows a security guard clinging for life to the bonnet of a car as it speeds off.

The man desperately hung onto the windscreen wipers as his feet dangled just feet from the road as the yob fled.

Another man was filmed running alongside the car as the guard lay spreadeagled over the bonnet as bystanders watched in horror. 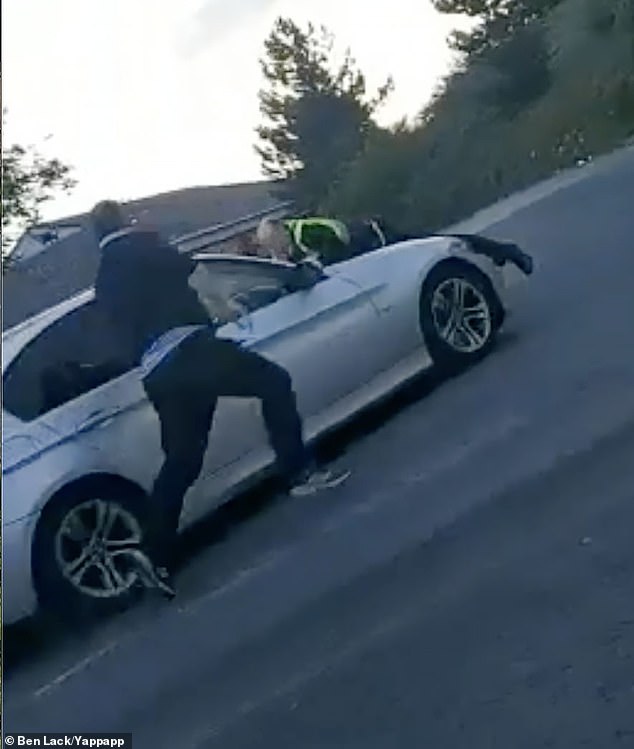 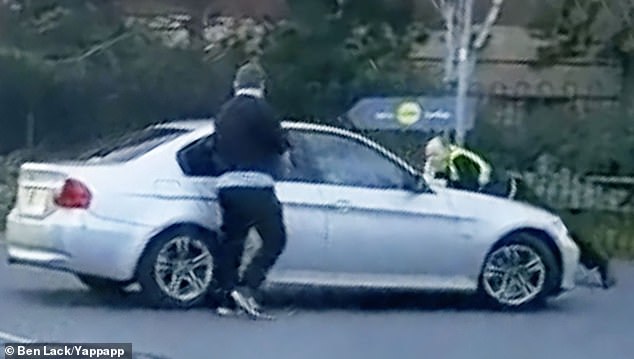 The footage was captured in Leeds, West Yorkshire on Friday by shoppers.

One is heard to gasp ‘What do we do?’ as the drama unfolded in the car park of the local KFC and Iceland at the Hunslett Green Retail Park around 6pm.

The car stopped a short distance away when the driver got out.

He was then seen to pluck the guard from the bonnet and hurl him to the ground.

The brave guard picked himself up and tried to yank the car door open to remonstrate with the driver.

But the furious motorist managed to shut him out before fleeing the scene.

MailOnline has approached West Yorkshire Police for a comment.