Nautical commuters will be able to enjoy a beer or a glass of wine as they sail along the River Thames when the Thames Clipper riverboat service resumes next week.

The service, which operates between Putney, in West London and goes as far east as Woolwich Arsenal, will resume operations on Monday morning – including a fully stocked bar.

Customers can order and pay for drinks and snacks using an app to be enjoyed on their socially-distanced seat. Thames Clipper services will resume on Monday morning having developed a socially-distancing policy which will see 0.8 passengers per square metre 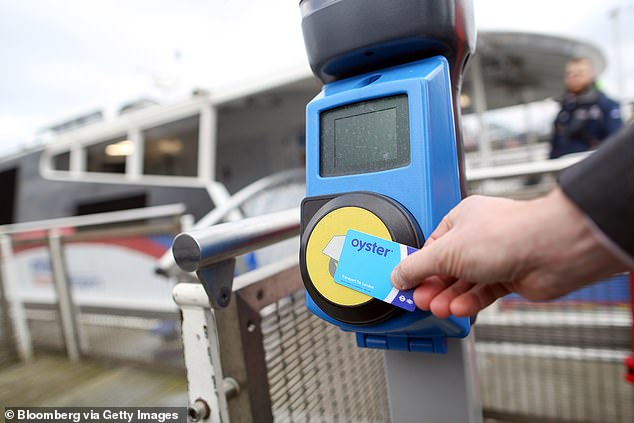 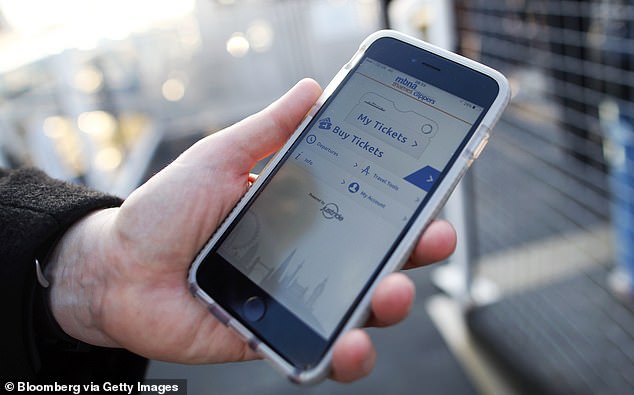 Sean Collins, co-founder and CEO of the service said: ‘It is key that we can support London and its commuters with the ease of lockdown and return to work, by providing travel in a safe and comfortable way. My entire team has worked incredibly hard to deploy new safety measures and to ensure our passengers have a contact-free and enjoyable commuting experience.

‘The unique travel experience with Thames Clippers naturally provides good personal spacing and in addition we have reduced our passenger capacity to ensure even greater social distancing, which has allowed us to increase the number of bicycles we can carry on each boat, so those who want to cycle part of their journey can do so too.’

The company confirmed they will also be able to carry between 15 and 20 bicycles per service – which is almost a doubling of capacity on some of its fleet.

The firm said the onboard bar will only be offering a takeaway service using contactless payments in line with the government’s Covid-19 regulations.

However, an early reopening of bars and restaurants appears to be put on hold as the government fears the potential of a second wave of coronavirus infections.

Prime Minister Boris Johnson is preparing to announce the reopening of zoos, safari parks and drive in cinemas across England just hours after his government confirmed the mass return of primary school pupils has been delayed until September.

The PM, who will face a grilling from Labour leader Sir Keir Starmer this afternoon at Prime Minister’s Questions, will reopen outdoor attractions where people remain in their cars, such as safari parks and drive-in cinemas, because the risk of spreading the disease is lower outside. 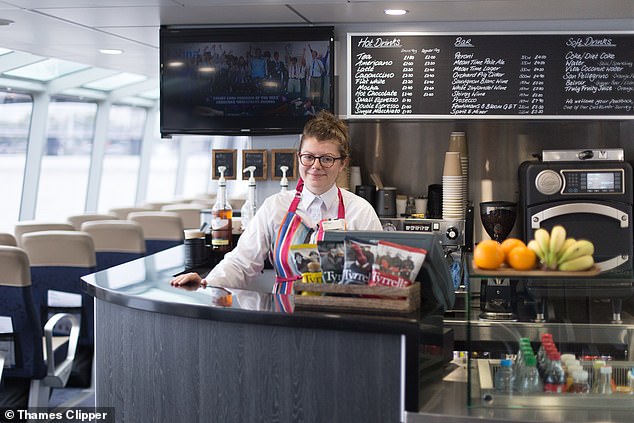 Thames Clipper passengers will be able to use the bar, although all payments will be contactless and staff will be wearing masks 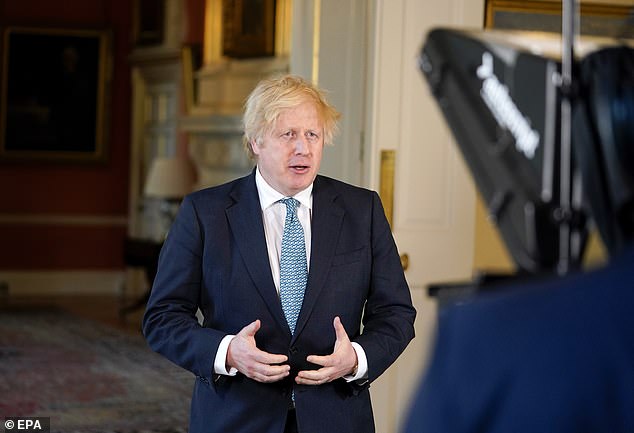 Prime Minister Boris Johnson, pictured, is expected to announce further loosening of the lockdown restrictions later today, but bars and restaurants are expected to remain closed until next month at the earliest

A Downing Street official said: ‘People are continuing to make huge sacrifices to reduce the spread of coronavirus and avoid a second spike, but we know it is tough and where we can safely open up more attractions, and it is supported by the science, we will do so.’

Questions remain, however, over returning pupils to school with a number of councils, including in the north west of England, opposing plans to widely reopen after new data suggested coronavirus could still be spreading in their local areas.

But some schools said they did not have enough space on site to admit all pupils in the eligible year groups, while adhering to Government guidance to limit class sizes to 15 and encourage fewer interactions.

Mr Williamson said the Government would like to see schools who ‘have the capacity’ bring back more pupils where possible before the summer break but conceded the Government was ‘working to bring all children back to school in September’.

Shops will only be able to reopen if they have completed a Covid-19 risk assessment and can implement social distancing measures. 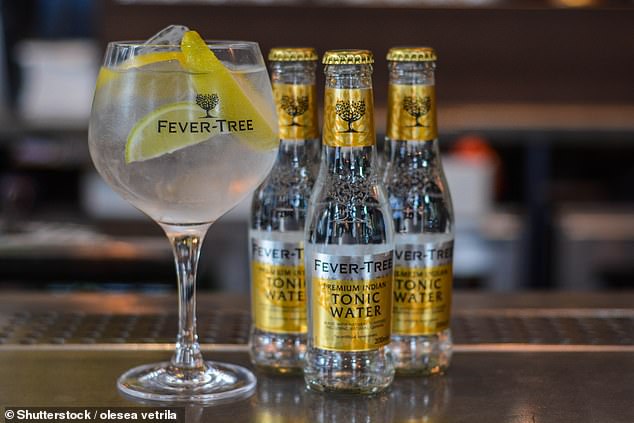 But other businesses, including pubs, restaurants and hairdressers, will remain shut until July 4 at the earliest, Mr Sharma said.

It comes as hospitality chiefs have warned the rule requiring people to stay two metres apart could jeopardise firms’ ability to reopen, with some asking for the distance to be halved.

Mr Sharma said the rule was being kept under review and ‘when it is safe to do so, we will see whether you can move to a shorter distance’.

The science behind the two-metre rule aimed at preventing the spread of coronavirus does not take into account the ‘economic devastation’ and deaths caused by the restriction, a leading sociologist warned.

Professor Robert Dingwall, a member of one of the sub-groups feeding into the Government’s scientific advisory group for emergencies (Sage), said that even if the distance was cut to one metre, there would still be a ‘safety margin’ as it was ‘very rare’ for virus particles to travel that far.

The Government has come under intense pressure from businesses and some Tory MPs to relax the rule, amid concerns it will make it unviable for some firms, especially pubs and restaurants, to reopen, even when they are allowed to.

A study published in the Lancet found physical distancing of at least one metre lowers the risk of coronavirus transmission, but distances of two metres could be more effective.

The risk of infection when people stand more than a metre away from the infected individual was found to be 3 per cent, and 13 per cent if within a metre.

Prof Dingwall told BBC Radio 4’s Today programme it was a ‘problematic’ study because it did not look at the economic consequences of having a larger distance requirement.

‘I think it’s a question of relative risk. Even the problematic Lancet study that was published last week was really saying you’re moving from a tiny risk at two metres to a very small risk at one metre.

‘You have to set that against all the other harms that are being done by the, the economic devastation that is wreaked by the two-metre rule, the deaths that will be attributable to the lockdown itself, and to the social and economic disruption that is causing.’

Prof Dingwall, a member of the new and emerging respiratory virus threats advisory group (Nervtag), added: ‘The work on transmission in naturally occurring environments suggests that it’s very rare for particles to travel much more than half a metre.

‘And actually, as you get closer to people, you do begin to invade on personal space.

‘With the exception of some very specific environments, like the London Tube at rush hour, you don’t let people get back close to you, unless they are members of your household, children, romantic partners, people with whom you have a very close relationship.

‘So there is a kind of natural boundary around people, and one metre is roughly double that.’

Business Secretary Alok Sharma was repeatedly questioned about the two-metre rule at the Downing Street press conference on Tuesday.

‘When it is safe to do so, we will see whether you can move to a shorter distance, but ultimately we keep all of these things under review,’ he said.

‘There are other countries in the world that have moved from two metres to closer distances.

‘Of course, they are further along in terms of their road map, in terms of opening up businesses.

‘We are taking a cautious view on this. I completely understand why, for economic reasons, businesses will want to have a look at this two-metre rule.’