President Emmanuel Macron is today expected to warn France its lockdown to combat the coronavirus must go on for several more weeks at least, while also outlining how the country will recover from the crisis.

At just after 8pm tonight, Macron will give his third prime-time televised address to the nation on the epidemic from the Elysee palace in Paris.

In his last, he announced the nationwide lockdown to slow the spread of the virus from March 17.

This speech will come after the first indications of a tentative easing of the crisis in France and that the lockdown is starting to have an effect, with the epidemic starting to plateau, albeit at a high level. 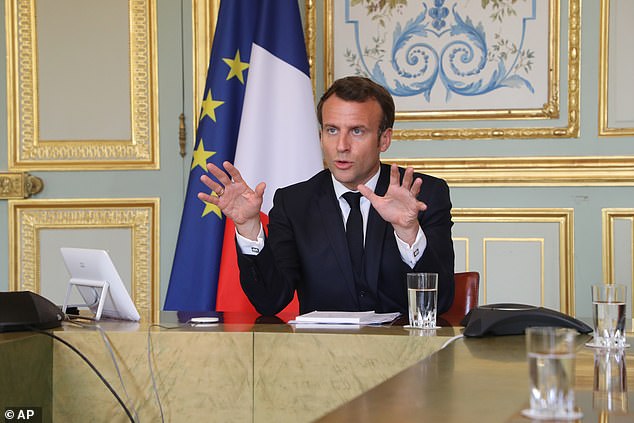 France on Sunday reported a lower number of COVID-19 fatalities over the last 24 hours, with 315 deaths in hospital over the last day, compared with 345 the previous day.

Its total toll from the coronavirus epidemic, including those who have died in nursing homes, now stands at 14,393, the health ministry said.

And for the fourth consecutive day in a row, the number of patients in intensive care fell with 35 fewer patients, making a total of 6,845 people needing such treatment.

But officials have warned that the situation remains serious – especially in the Ile-de-France region around Paris – with no rapid return to normal in sight.

Macron will be looking to steer a careful line between warning France that an early relaxation of the lockdown could be disastrous, while reassuring people that the government has a plan to get the country back to normal.

The lockdown has confined the French to their homes for almost a month, with only brief trips allowed outside for shopping and other essential errands.

Sources said Macron would announce that the lockdown must be extended beyond its current April 15 expiration date until well into May.

The Journal du Dimanche newspaper reported that the restrictions could continue until the end of May, with schools only reopening with the new academic year in September. 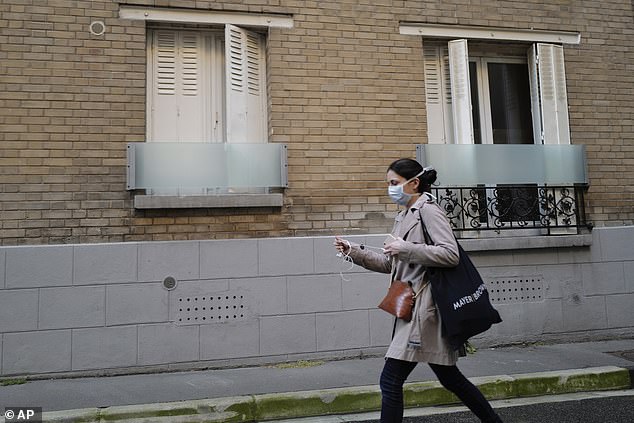 France on Sunday reported a lower number of COVID-19 fatalities over the last 24 hours, with 315 deaths in hospital over the last day, compared with 345 the previous day

A source close to Macron told AFP that he should speak in terms of a date during May for the end of the lockdown, but after the May 8-10 holiday weekend.

The date should be ‘long enough away so everyone understands the effort that still needs to be made but sufficiently close to sketch out how France will look afterwards’.

He is not expected to issue rulings on specific questions, such as whether the wearing of masks in public should become generalised, or on tracing and testing.

The source added that so far there had been no decision on keeping schools closed until September.