The apparent medical episode that led to the death of a 32-year-old man in police custody in Melbourne’s outer south-east last week happened in “a matter of seconds”, but exactly how the man died remains unknown.

Victoria Police said the death occurred when officers were arresting a man who had reportedly been walking in traffic on High Street in Cranbourne just before midnight on Tuesday, April 27. 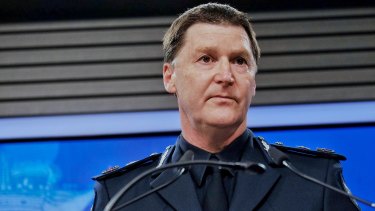 A statement issued by the force at the time said officers requested the man get off the road for his own safety, but he continued to walk on the road and became aggressive towards police.

Victoria Police Chief Commissioner Shane Patton said on Monday he did not know the full circumstances of what occurred at that scene, but he understood the man was only in handcuffs for a short time before suffering a medical episode that ended his life.

“I understand there was a foot chase after that man had been causing some trouble in the streets,” he said at a media appearance.

“And he subsequently was handcuffed and, as I understand it, collapsed and was having a medical episode.

“He was un-handcuffed immediately, we’re talking a matter of seconds, and medical assistance was sought.”

Emergency services were called and the arresting officers gave the man CPR, but he died at the scene, according to the police statement.

Mr Patton said he was “not aware of what pre-existing medical condition the male did or did not have”.

“That is now subject to, as in all [deaths in custody] cases, an investigation by the homicide squad oversight by professional standards command and will be subject to a coronial inquest,” he said.

“The circumstances need to be determined as to what caused the death.

“It’s obviously a tragedy for that man’s family and friends, and it’s traumatic for all of those officers involved, so it’s a really difficult circumstance and one that will be thoroughly investigated.”

Asked specifically whether the episode was because the man’s head was impacted during the arrest, Mr Patton said “those circumstances need to be determined as to what caused the death”.