A 20-year-old Marine died early Monday on Interstate 5 in Southern California while attempting to assist two people who were involved in an earlier crash.

The Marine was not identified. Fox 5 San Diego reported that the serviceman was based out of Camp Pendleton. 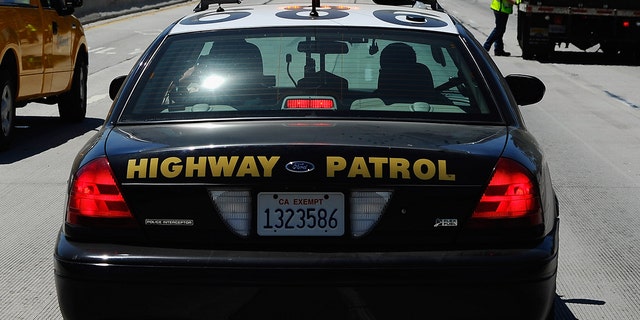 The station reported that a driver of a Ford Edge was involved in a one-car crash at about 3:20 a.m. while headed southbound on the I-5. The vehicle was stuck in traffic lanes on the interstate, the report said. 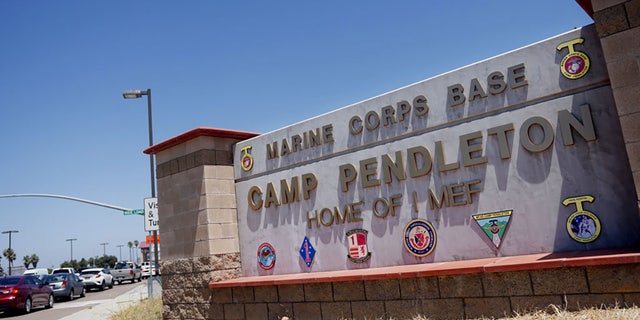 The Marine stopped and tried to help the couple that was inside the Ford, but was killed when hit by a box truck, which also hit the stalled car. The report said the two passengers inside the car suffered serious injuries. 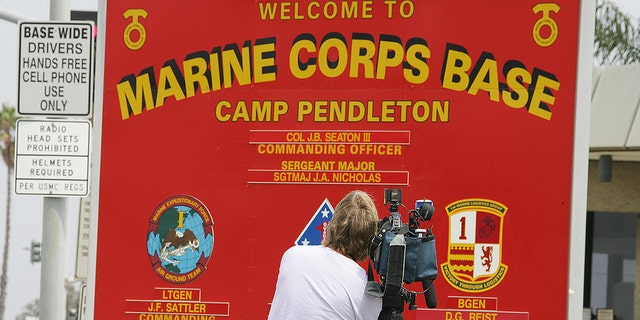 FILE: A TV cameraman tapes footage of the sign at the entrance to Camp Pendleton Marine Corps Base in California 21 June, 2006. (Photo credit should read ROBYN BECK/AFP via Getty Images)

The SUV’s driver will be booked into jail on suspicion of multiple felonies after treatment at the hospital, the report said. No other details were given.

“Our deepest condolences are with the Marine’s family, friends and unit service members,” the base said in a statement reported by CBS 8.