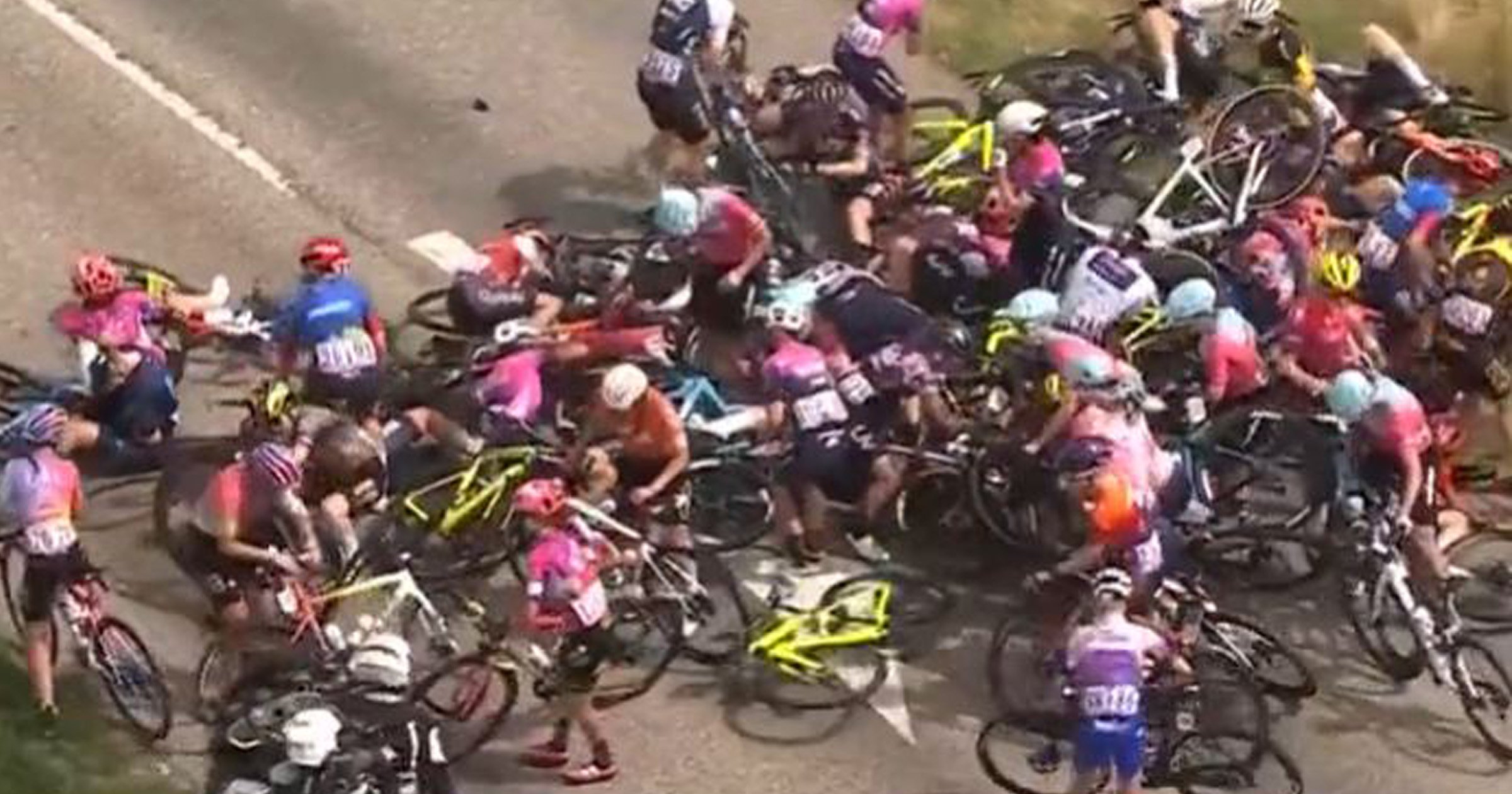 Dozens of riders were wiped out of the fifth stage of the Tour de France Femmes and several were injured in a 30-woman pile-up on Thursday.

The mass crash took out more than half of the main peloton with a third of the 108-mile stage left to race in northeastern France.

Footage shows a handful of riders near the front of the peloton suddenly lose speed before tipping over, causing a snowballing mass of racers to crash onto other competitors or veer off onto the ground.

One rider was seen tipping head-first over her front wheel and hitting the grass before collapsing onto another rider.

The riders were tangled for several minutes before they managed to get going again, ruling them out of any chance of winning the leg.

The Danish rider Emma Norsgaard, racing for Movistar, was hospitalised with a severe injury to her right shoulder.

Others were seen having bandages wrapped around bleeding wounds by the medical car accompanying the peloton.

Chantal van den Broek-Blaak suffered a number of open gashes on her right wrist after it was reportedly sliced by a bicycle chainring.

Some riders said the crash was caused by a bag of food falling from one competitor’s bike, while others said it was a dropped water bottle.

Ms Van den Broek-Blaak told Cycling Weekly: ‘It was a long, straight road and with stages like this when it’s 175km and flat you know you cannot concentrate for four-and-a-half hours, so it can happen.’

The stage, which is the longest ever in the history of modern women’s World Tour racing, was a hilly countryside course finishing in Saint-Die-des-Vosges.

Initially it appeared to be in the hands of four riders who tore ahead of the main pack just 20 miles in – Victoire Berteau, Antri Christoforou, Emily Newsom and Anya Louw.

But it was won by Dutch rider Lorena Wiebes, for Team DSM, after a powerful sprint finish secured her second victory.

The tournament’s overall leader Marianne Vos nonetheless managed to increase her lead from 16 to 20 seconds.