MEGAN Rapinoe is getting blasted online for a disparaging 2011 tweet she made telling a fellow soccer player she looked "Asian" due to "closed eyes" just a day after Rapinoe beccame the face of Victoria's Secret.

Rapinoe told Natasha Kai, a fellow US Women's Soccer team member who is of Asian descent, "u look asian with those closed eyes" in May 2011 tweet that has recently resurfaced. 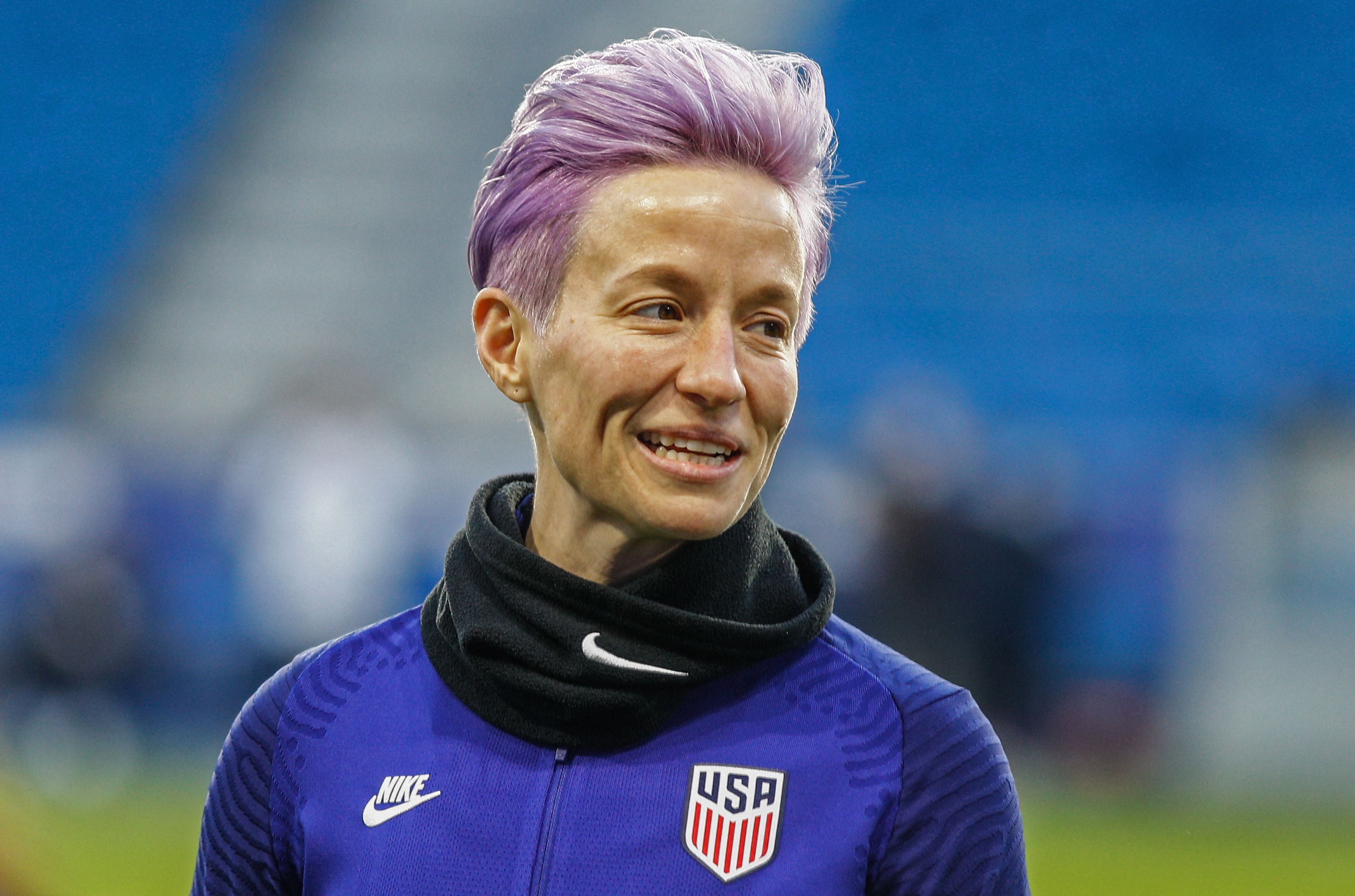 Rapinoe, a prominent voice in championing equal gender pay and queer rights among other social causes, was blasted on social media for making the tweet and still not deleting it.

It was unclear what Rapinoe was referring to, and the Twitter account for Kai, who is of Hawaiian, Filipino, Chinese and Caucasian descent, has since been deleted.

The star soccer player is also in the news this week after it was announced Victoria's Secret was choosing her as their new brand spokesperson.

In an interview with the New York Times, Rapinoe said Victoria's Secret was "patriarchal, sexist, viewing not just what it meant to be sexy but what the clothes were trying to accomplish through a male lens and through what men desired." 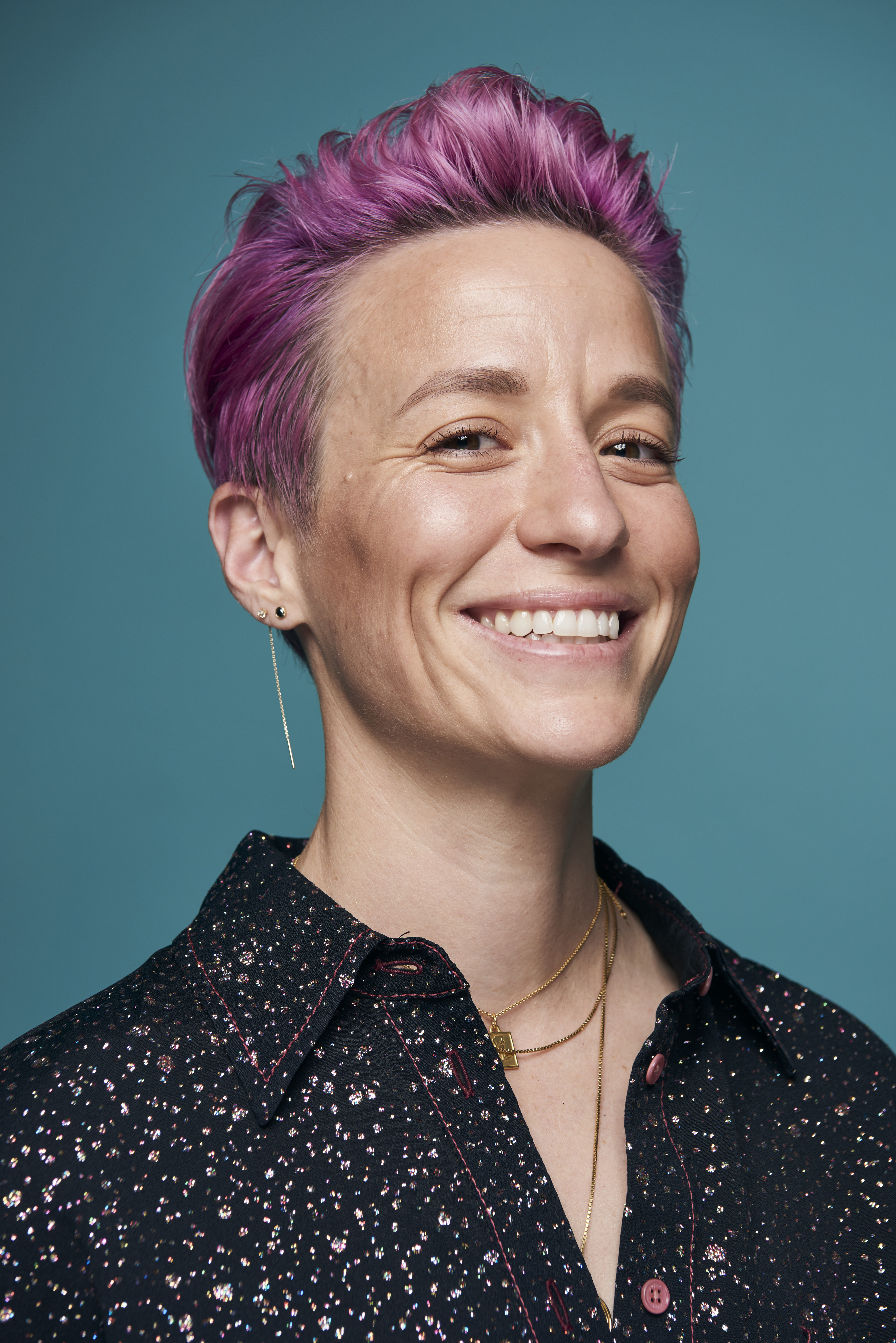 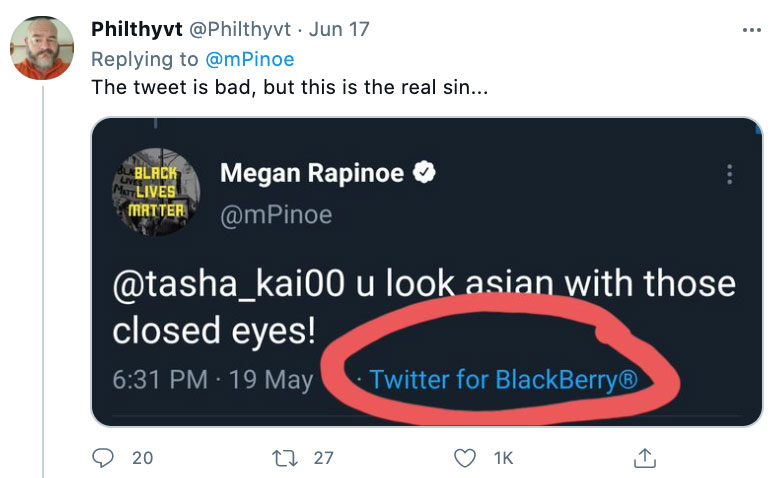 "And it was very much marketed toward younger women," she added.

The lingerie brand announced plans to work with a new group of women – including actress Priyanka Chopra Jonas and transgender model Valentina Sampaio – on Wednesday.

Still, plenty of people attacked the soccer player after digging up the tweet.

"@VictoriasSecret this is your model? What do you think of this take?" wrote one person.

Another wrote, "My husband is Asian. His eyes don't look closed unless he's sleeping."

"Does @VictoriasSecret stand for anti-asian hate???" wrote one person.

Others commented on the sheer technology Rapinoe used to tweet.

"The tweet is bad, but this is the real sin…," joked one person with a screenshot circling Rapinoe tweeted on a Blackberry.