Microphone moments and the subtle art of leadership

Our elected leaders – federal and state – have not been under such sustained pressure since World War II. At different times over the past 70 years, there have been many crises – wars, natural disasters, terrorism and the global financial crisis.

But the pandemic forces our leaders into playing a role unlike anything they ever contemplated. If any of our current crop of political leaders were asked at the start of their careers about a pandemic it would not have featured in the top 100 anticipated challenges. Some are thriving, some are struggling. 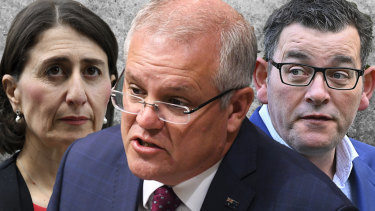 The leadership of Gladys Berejiklian Scott Morrison and Daniel Andrews has been tested by the pandemic.Credit:The Age

The key to success or otherwise is how they communicate with the populace. We now hang on their every utterance like never before. Press conferences out rate everything. We organise our day around the next announcement.

Businesses await daily COVID updates as triggers for huge decisions. The past week has presented a unique opportunity to scrutinise back-to-back press conferences from the Prime Minister, Treasurer and state premiers, sometimes almost passing a baton. It made for startling comparisons.

Good politicians instinctively understand the performative aspect of their work. Politics is showbiz. A theatrical analysis of their work is useful – as with all good art, it offers a glimpse into their soul.

Start at the top. The Prime Minister has relished the opportunity to dominate the news cycle, and his ease behind a microphone is still his greatest asset. His is a marketing mind, and his capacity to reduce a complex issue to a core message is without peer in this parliament. 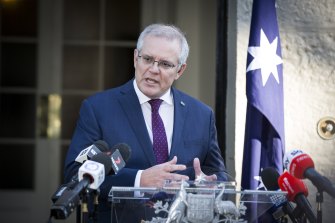 But he cannot resist the temptation to use 200 words when 20 would suffice. He confuses quantity with quality. The word-soup can be confusing and betrays any clarity of thinking. It has not helped that he has to constantly change the substance of his message.

The planned November 2021 election has had to be abandoned, replaced with Plan B that depends on supply of vaccines and their smooth distribution through GPs and pharmacies in time for an election around Easter 2022.

Mr Morrison’s coach will be working on his tendency to smile with his eyes and to lift one side of his mouth, even while saying something serious. It slips into a smirk. He is speaking directly to the journalists in the room, playing to his personal relationships with them while forgetting millions are also watching. We are puzzled by and not sharing that intimacy. It detracts from his gravitas.

Actors are taught to be “in the moment” which is an arty way of saying ignore what is going on all around you and concentrate intensely on what you are doing until you are deeply into it. The PM is not “in the moment”. His mind is racing to other things. 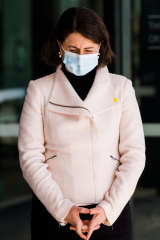 NSW Premier Gladys Berejiklian has been the Nicole Kidman of the Australian political stage. Many seem to forget the past dud performances, forgive the personal misstep and allow the reset button to be hit, multiple times. Women in politics are always treated differently as the excellent ABC TV series Ms Represented is explaining. Under pressure she maintains a calm demeanour, her voice does not wobble and betray her, she does not get flustered.

But her refusal to clarify and define “essential” is one of the most absurd and costly political blunders we have seen. Ask John Hewson how one error can define your career. A rejuvenated state opposition have started campaigning already for March 2023.

Federal Treasurer Josh Frydenberg grabbed the spotlight when the employment figures were announced. He usually approaches microphones and cameras with a slow and deliberate delivery of what are invariably complex numbers. This week he seemed to think that memorising and regurgitating a dazzling array of figures was enough to be persuasive. It was not. One anecdote is worth a thousand statistics.

His ill-disciplined sledge at the Victorian Premier for “whingeing” may cost him dearly when the voters in Kooyong decide whether or not to extend his tenure. The boundaries of his electorate are changing, to his probable disadvantage. His slim 6500-vote majority could evaporate if he persists in prioritising the Liberal Party internal games over the external public debate. 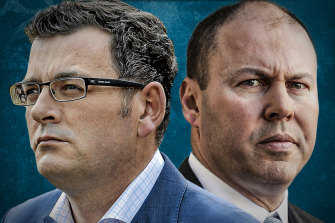 His rivalry with Peter Dutton as ‘heir apparent’ ought never over-ride his need to be seen to be fully committed to the wellbeing of the voters who put him in the parliament.

Premier Dan Andrews has re-injected himself into the public sphere and it is as if he was never away. His tightrope act of pretending not to criticise either the PM or the NSW Premier whilst inferring exactly that criticism is remarkable.

His sledge on Thursday that “this is Victoria, I’m not walking away” from the journalists shouting questions was akin to a footy backhander behind the play. But he can seem over-rehearsed – having prepared a singular message before stepping to the lectern, it can sound contrived. Sincerity requires matching the words to the actions; nuance depends on the eyes, the mouth, the stance and the words all working together.

John Howard’s famous edict “you cannot fatten a pig on market day” instructs that the relationships with the voters being forged now and under pressure will endure until the next state and federal elections.