AN 11-YEAR-OLD girl has been taken into foster care after her mother claimed the youngster was terminally ill to gain cash donations and handouts over three years.

Lindsey Abbuhl, 34, deceived hundreds of wellwishers and conned them out of thousands of dollars by pretending her daughter Rylee had a fatal condition. 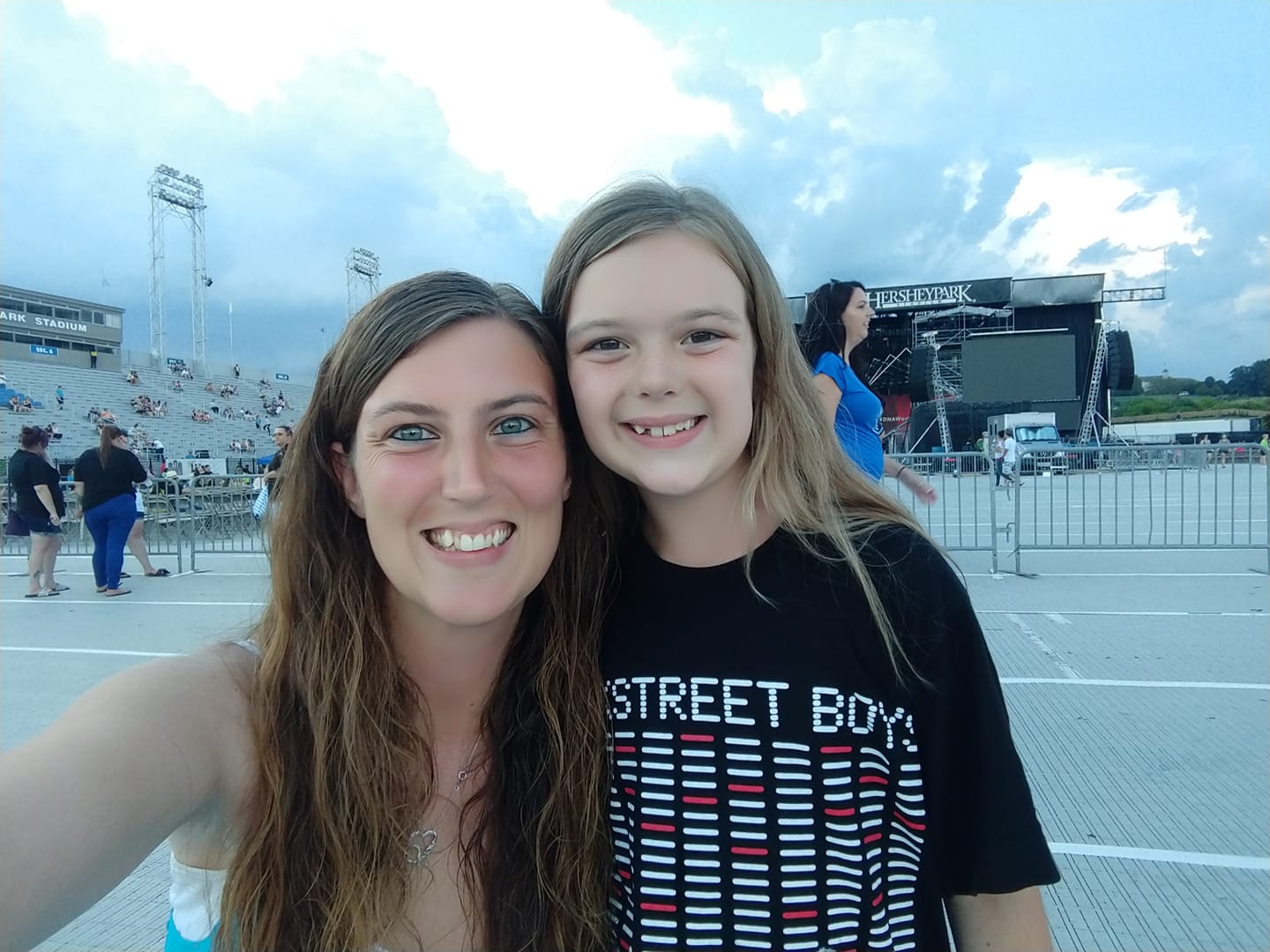 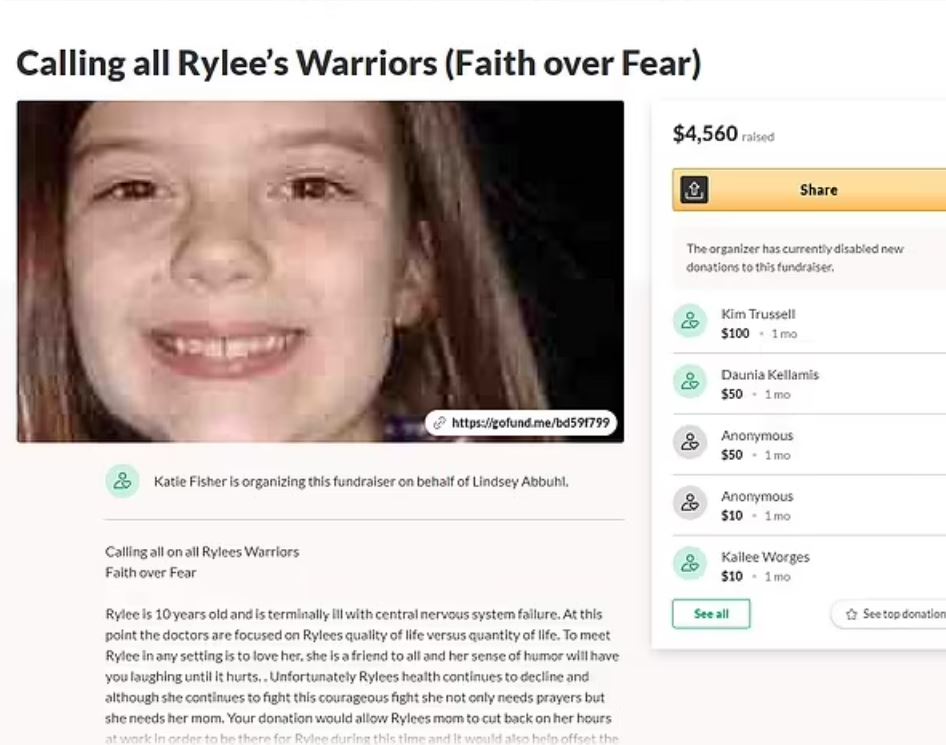 She told her community in Canton, Ohio, that Rylee suffered from a failure of her central nervous system – that she could barely eat, was constantly exhausted, on a barrage of pain medication and regularly experienced nighttime seizures.

Abbuhl began fundraising in 2018 to cover the cost of living and "medical expenses", which soon spiralled into setting up charity events in Rylee's honour.

Between habitually dragging her daughter to the doctors and telling the little girl she was dying, Abbuhl acquired a score of freebies, while Rylee was asking friends to be pall bearers at her funeral.

They were made guest of honor at a Texas A&M softball game, scored free tickets to Sea World, and even raised $4,500 in a GoFundMe set up by a friend.

But a court established on Friday that they had found no evidence of any ill health, after Rylee's father raised his concerns about his daughter's' 'illness'.

A medical expert reviewed all of Rylee's neurology, genetics, gastrointestinal, hematology, rheumatology, pulmonology and podiatry medical records, according to court docs obtained by The Canton Repository.

They determined that: "There is no evidence to support mother's claim that Rylee is terminally ill." 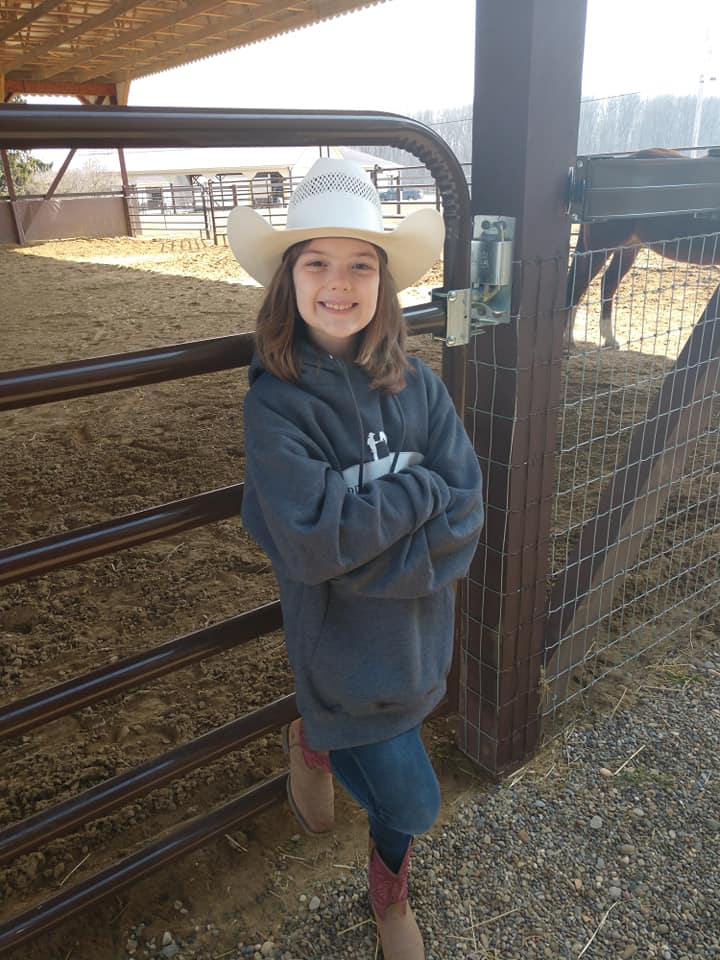 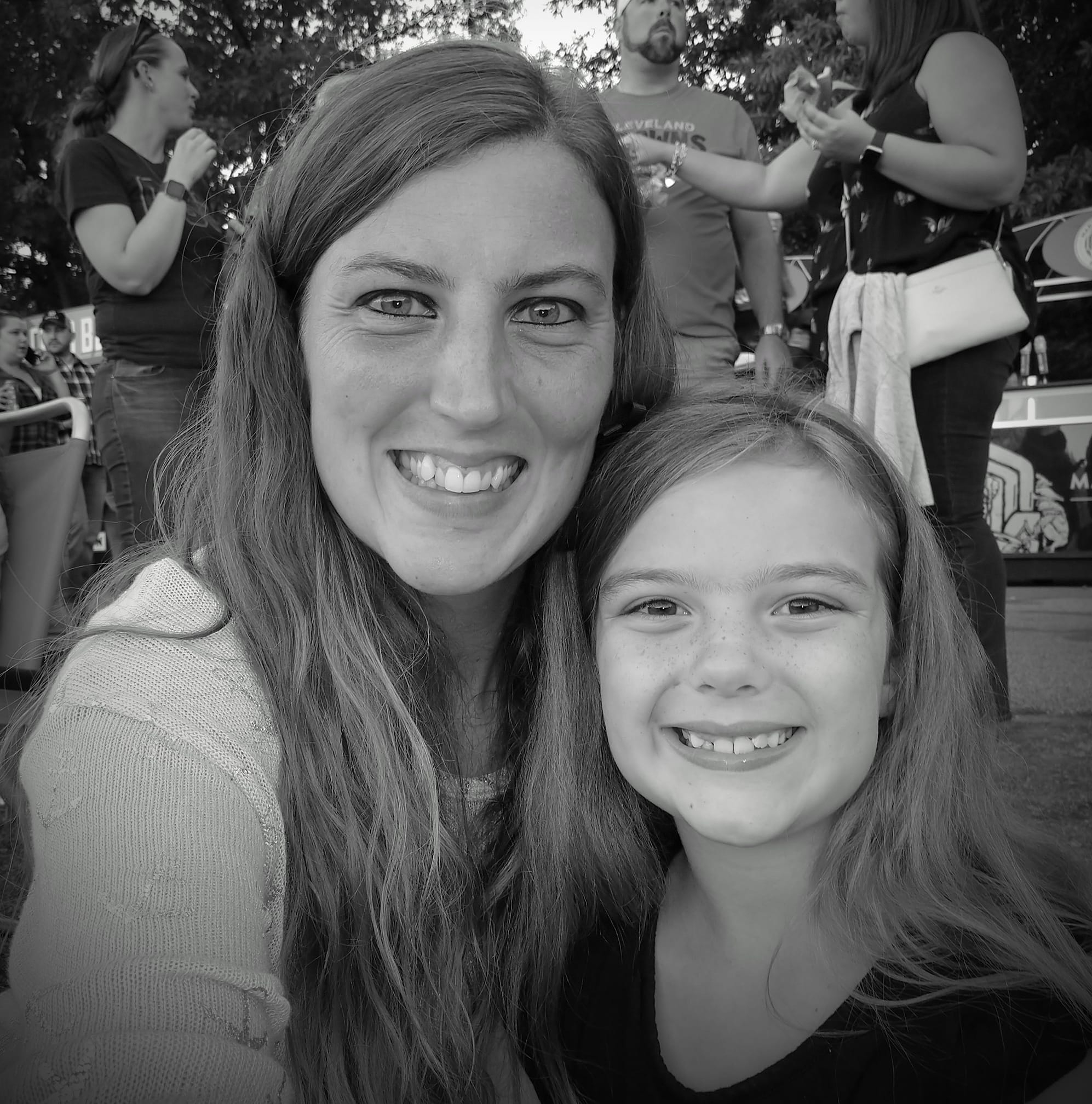 Abbuhul "has been using Rylee's 'medical condition' to obtain funding for trips, housing and other expenses for the last several years," according to a neglect and abuse complaint filed by Children Services in Family Court.

The 11-year-old has attended a counselor for the last three years to learn how to "process her own death," according to the docs, who recently learned Rylee was not ill.

According to the complaint, Abbuhl had told the counselor, "who is going on maternity leave, that Rylee may not be alive when the counselor returns."

Jamie Abbuhl, Rylee's father, was granted full custody of his daughter after unraveling his ex-wife's web of deceit.

His attorney, Christine A. Johnson, said: "It needed to be done."

Jamie said his daughter suffered from slow digestion and constipation.

Abbuhl fooled friends and family for a number of years, and even documented Rylee's health 'journey' and numerous hospital visits on social media.

In one post she wrote: "This little lady is my best friend! Continue to say prayers for her as we navigate through her medical concerns."

Abbuhl also once claimed she herself had a brain tumour, and had shockingly interviewed families to adopt Rylee after she died. 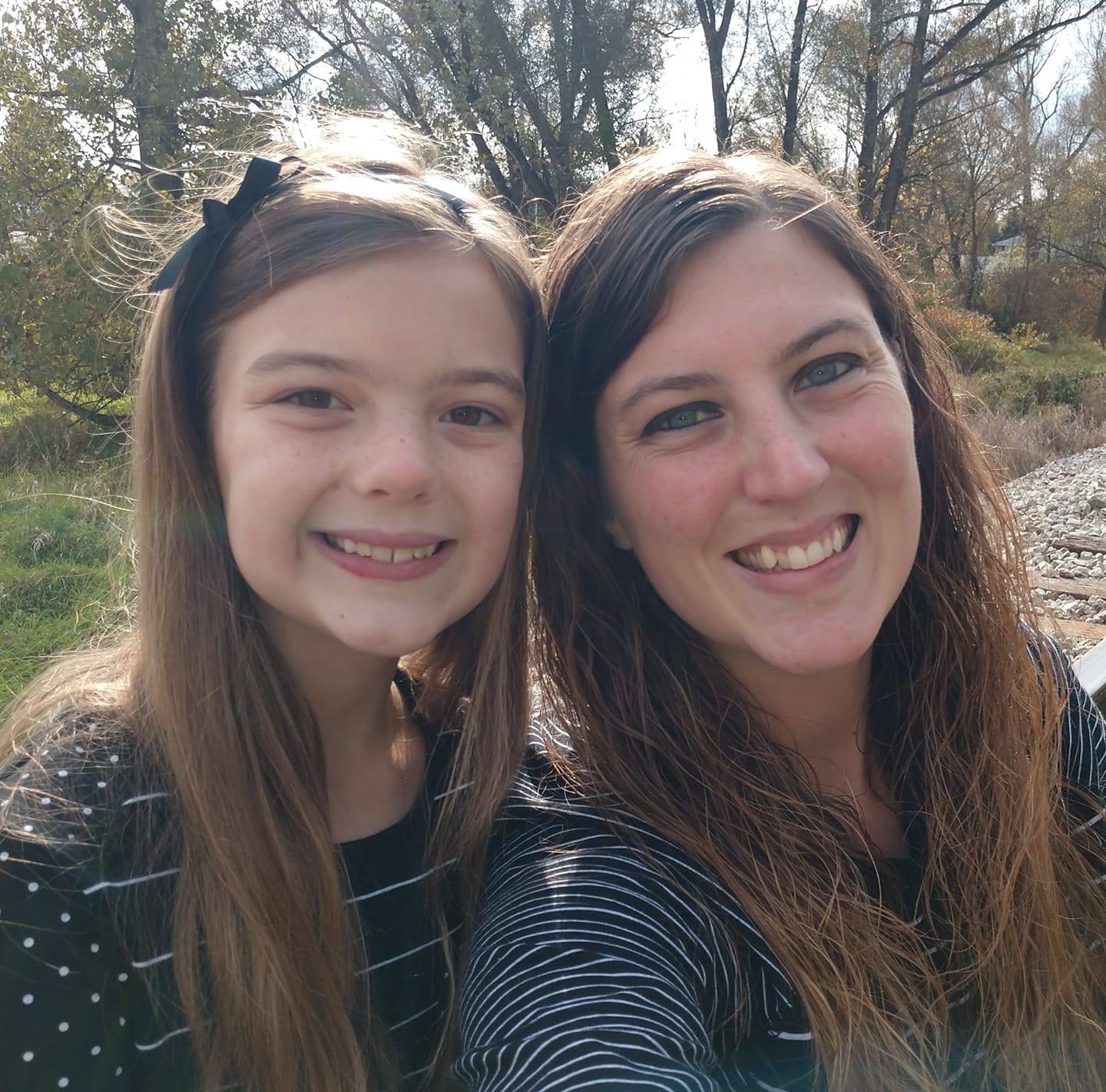 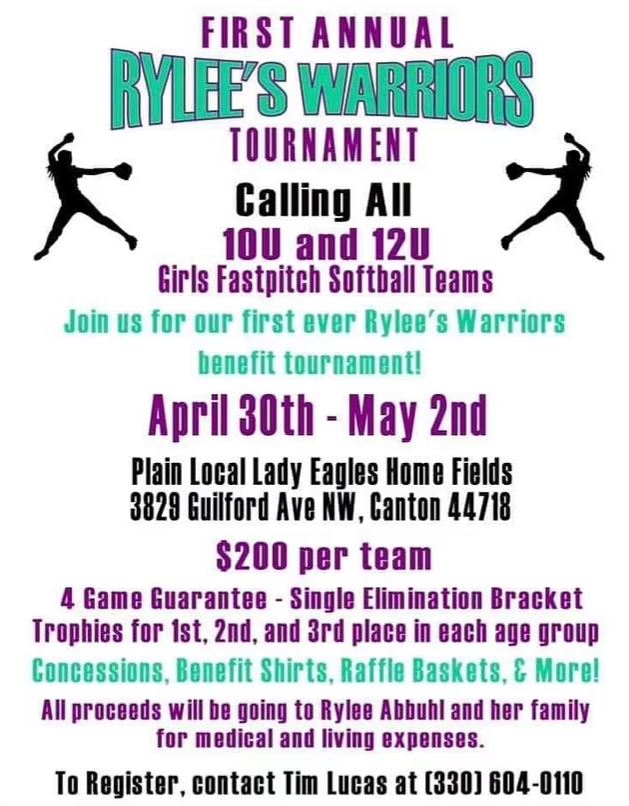 The pair were sent on a trip to Key West, Florida by Wishes Can Happen back in December.

The supervisor at a bowling lane even took advantage of her position by organizing fundraisers at her workplace, alongside a youth softball tournament in Plain Township in April.

In February, local media covered "Rylee Day", at the Hall of Fame Fitness Center, where coaches and players from softball teams at Malone and Walsh competed to raise funds.

Abbuhl told The Canton Repository: "'She has two months," as the little girl's organs were shutting down – and she simply wanted to assure her"quality of life".

Rylee was taken on a virtual tour of Notre Dame University in South Bend by players of her favourite softball team, and was even invited to fly out to College Station by Texas A&M's softball team.

After Jamie and other community members became suspicious of Abbuhl's stories, they approached local newspaper the Canton Repository to investigate her.

But Abbuhl declined their questions: denying them a look at Rylee's medical records and banning physicians at Akron Children's Hospital – where she said Rylee had been treated – from talking to the newspaper.

But she still insisted: "She has a whole team of doctors working on her," who could still not determine the source of her illness.

"Rylee sits in during her doctor appointments; she knows what's happening to her, Abbuhl said. "So calling me a liar is calling her a liar."

On Thursday, Rylee was taken by child services to stay with a family friend.

Kate Marksell, whose daughter was friends with Rylee, told the publication Abbuhl had broken down after claiming her daughter had been diagnosed with lukemia.

"She was always trying to have more tests run," Marksell said, but Rylee continued to play, eat, and travel, like other kids her age.

"I think Lindsey is very sick and needs help," Marksell continued. "She thrives on attention, but doesn't know how to get it." 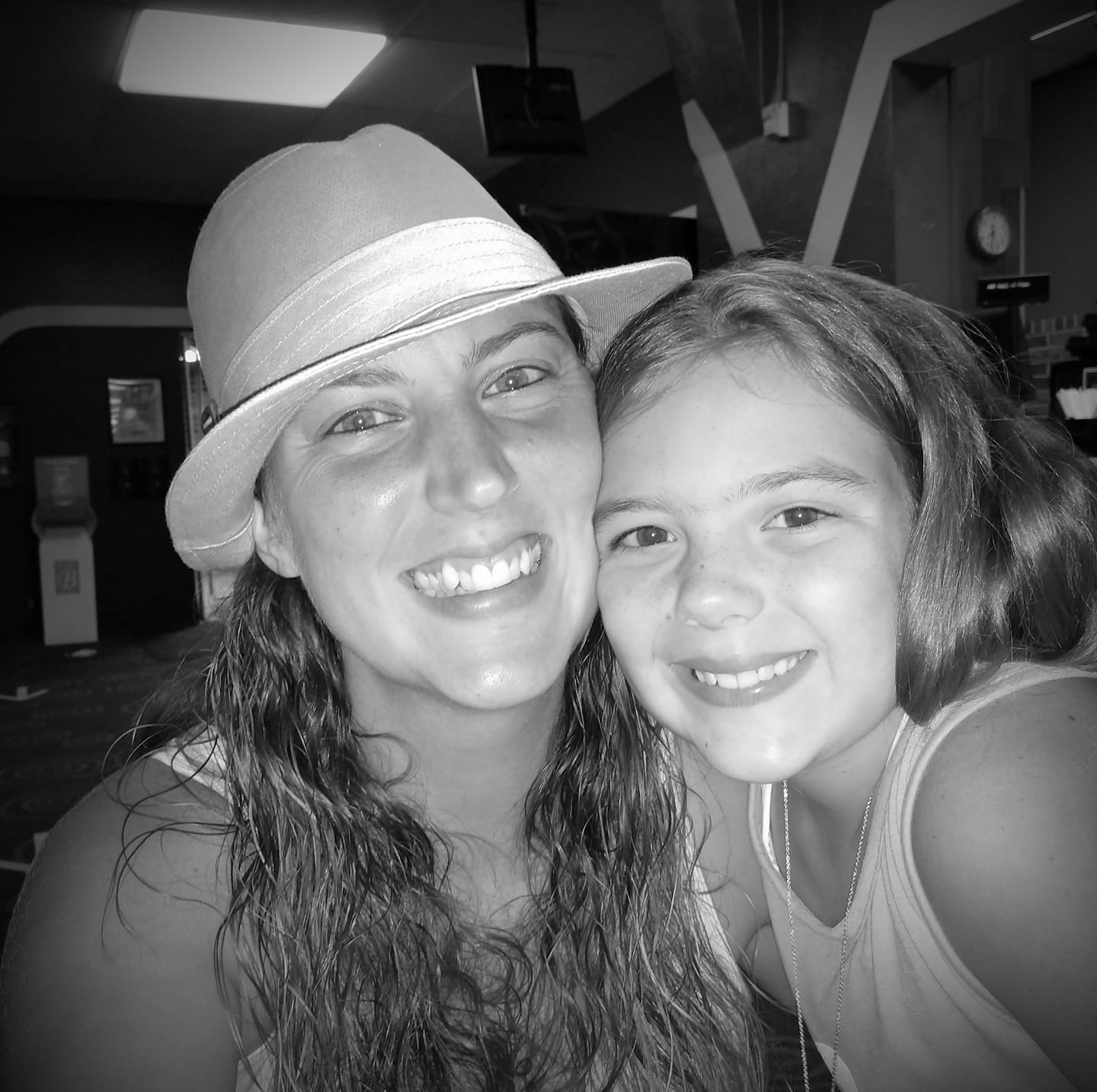