A MOM has claimed she was asked to leave the gym if she didn't put a shirt on over her crop top.

Julia Maren, from Tennessee, took to Instagram to vent after her gym session was apparently interrupted because she was exposing too much midriff. 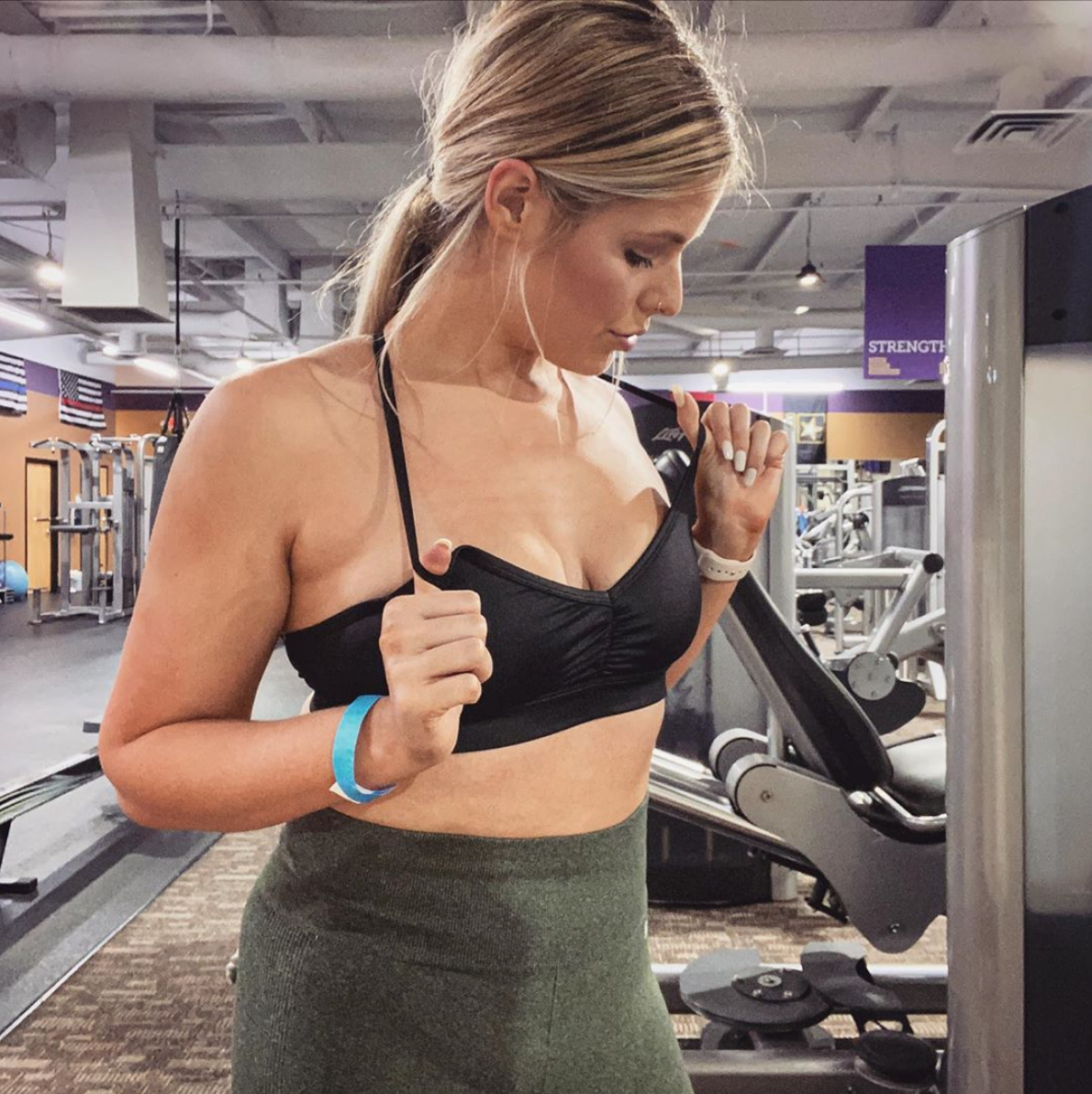 "Today I was told I’d have to leave the gym if I didn’t put a shirt on with no explanation," the fit mom wrote on Instagram.

"My workout was interrupted and I was told to take out my headphones for someone to tell me they could “get me a shirt if I need one” and that if I wanted to continue my workout I had to put one on."

She posted a photo of her outfit to the social media platform along with text reading a number of statistics as to why women avoid working out.

"Did you know that 65% of women actually try to avoid the gym over fear of being judged?" Maren posted. "Fitness Magazine conducted this study and in comparison, only 36% of men felt this way."

"Do you realize what this statistic suggests? That women are automatically more cautious about what they wear to the gym to avoid criticisms and negative comments," she continued. 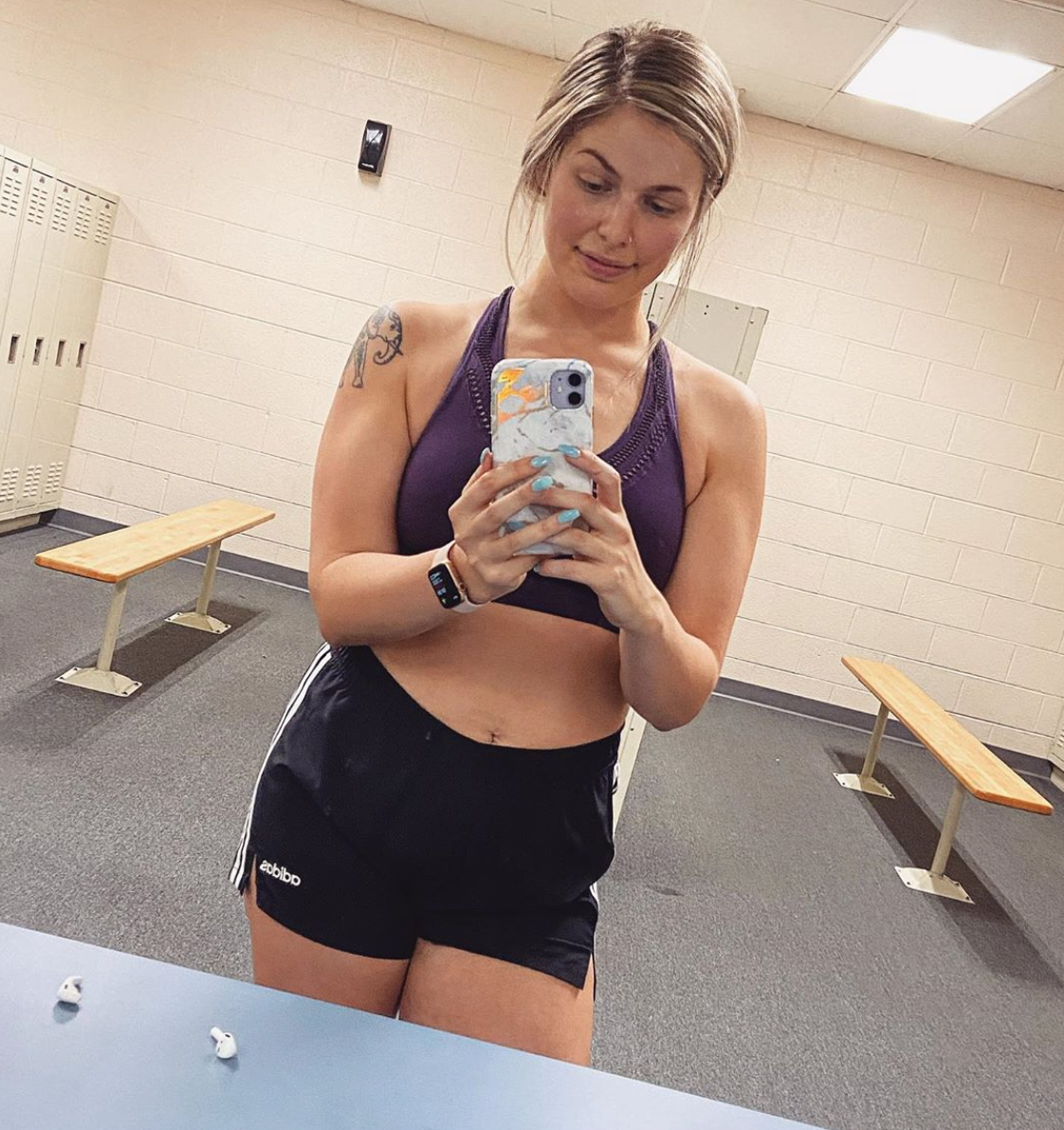 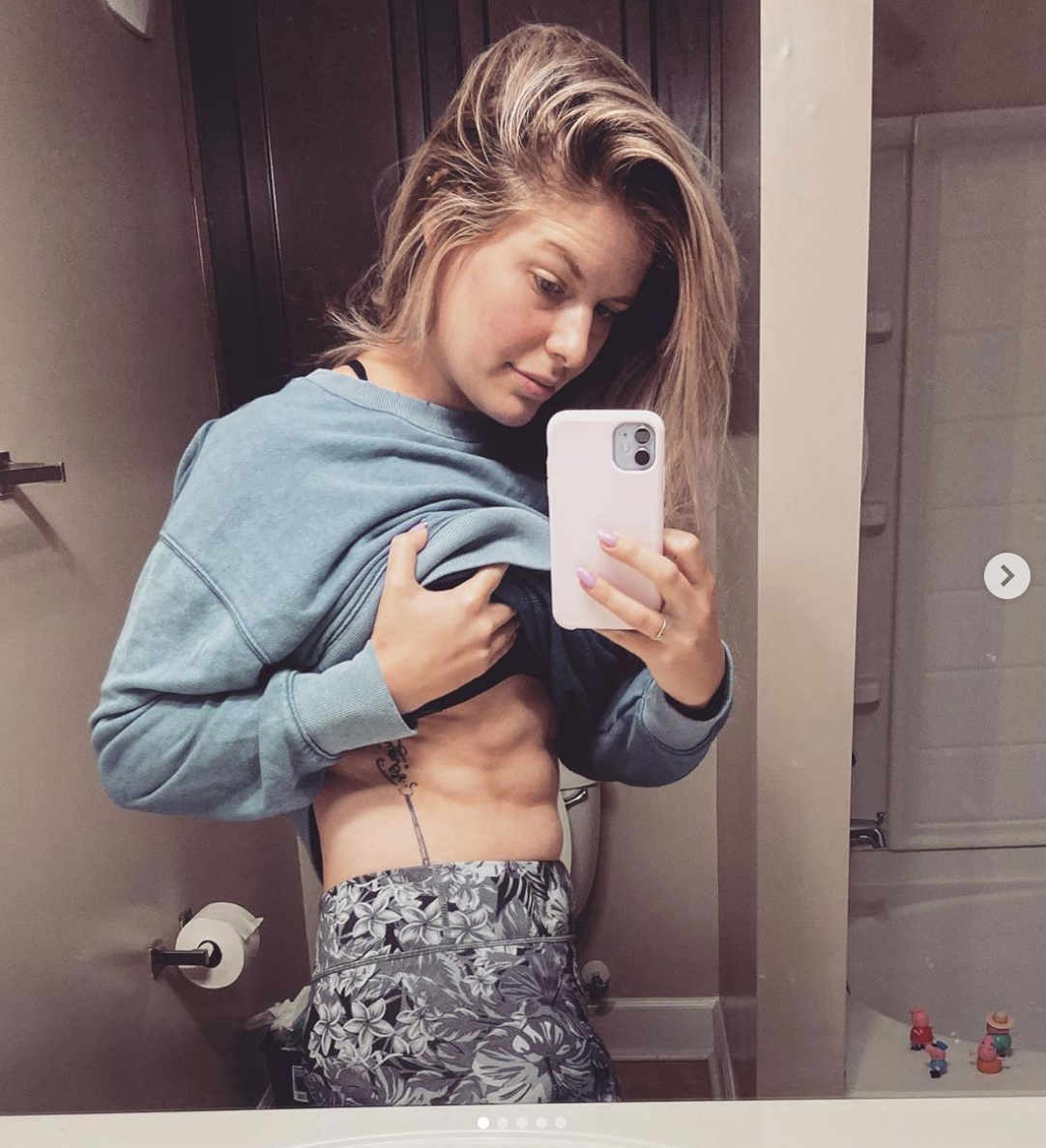 Maren continued to bash the gym for telling her to cover up, saying as compared to other men working out at the gym, she had far less skin showing.

"WHAT?! So you’re telling me that because three inches of my waist is exposed that I’m not welcome in the gym," she continued. "But meanwhile f***ing Chad is over there with a cutout that shows his whole nipple?"

The mom was quick to point out how the gym's policies unfairly targeted women.

"Got it. Thank you for taking time out of your day to let me know that double standards and sexism still exists." 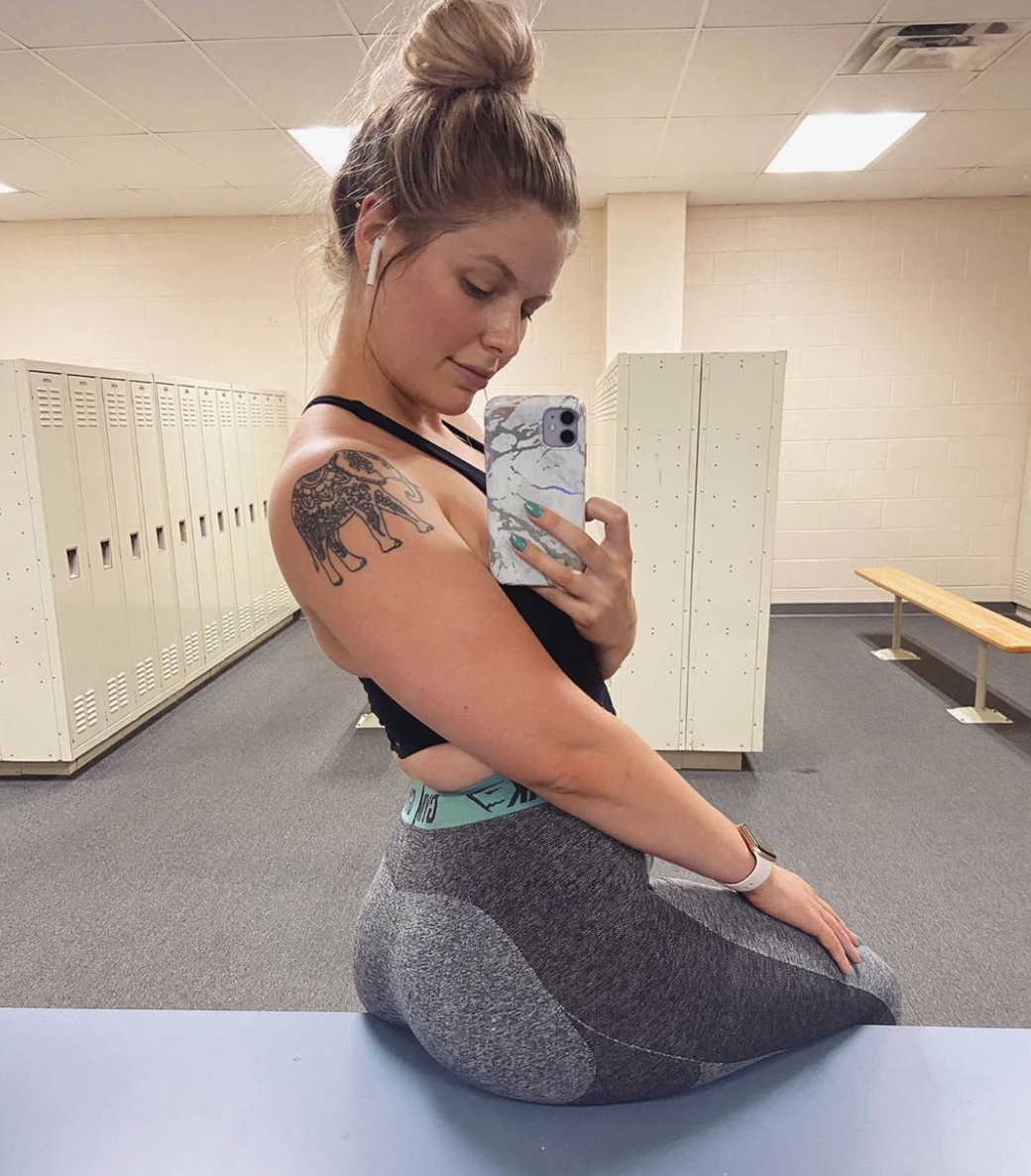 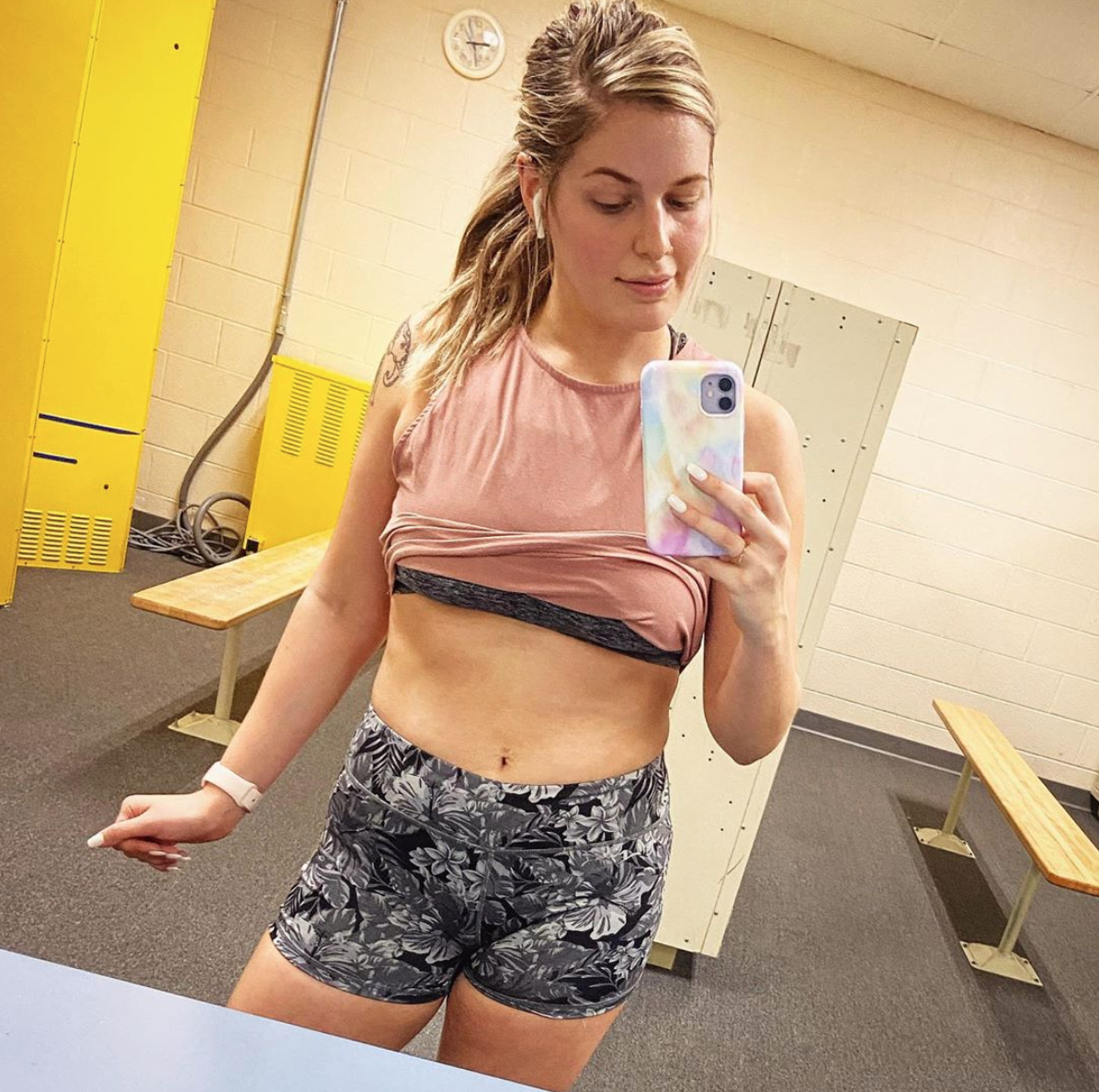 Continuing her post, the gym lover tried to rationalize the policy and why she was asked to cover up in the first place.

"If the problem is that I will be a distraction, why isn’t the accountability on the one who is distracted?" Maren wrote. "This is a deep rooted issue because I could EASILY talk about middle school uniform policies, prom dress codes, and evidently gym attire."

"When will we stop policing women’s bodies and HOLD THE OTHER’S ACCOUNTABLE FOR SEXUALIZING THEM," she continued. "And WHEN will we start ALLOWING women to feel comfortable enough in the gym to wear whatever the fuck is comfortable to them in an otherwise already uncomfortable environment?!"

She concluded the post with a joke, saying she'll return to the gym "in a bro tank with my nipple out next time."

Her followers on social media were quick to commend her for her post, supporting her for pointing out the double standard and saying they too had been in similar situations.

"Seriously? Girl, riot! bet you’re not the only one this has happened to either," read one comment on her post.

Another offered apologies for the incident. "Thats crazy! I'm so sorry to hear you had to deal with that."

"This is totally infuriating!!!! But you totally rock," read another. "You're handling flat-out sexism with an attitude of change and perseverance, instead of just being mad but doing nothing. YOU GO GIRL!!!!"