THIS is the moment a furious woman bravely confronted three fly-tippers as they appeared to dump waste at a beauty spot – and made them pick it up again.

Local resident Ella, 29, caught the men emptying debris and building material from a lorry down a quiet country lane on the Ugbrooke estate in Devon last Thursday. 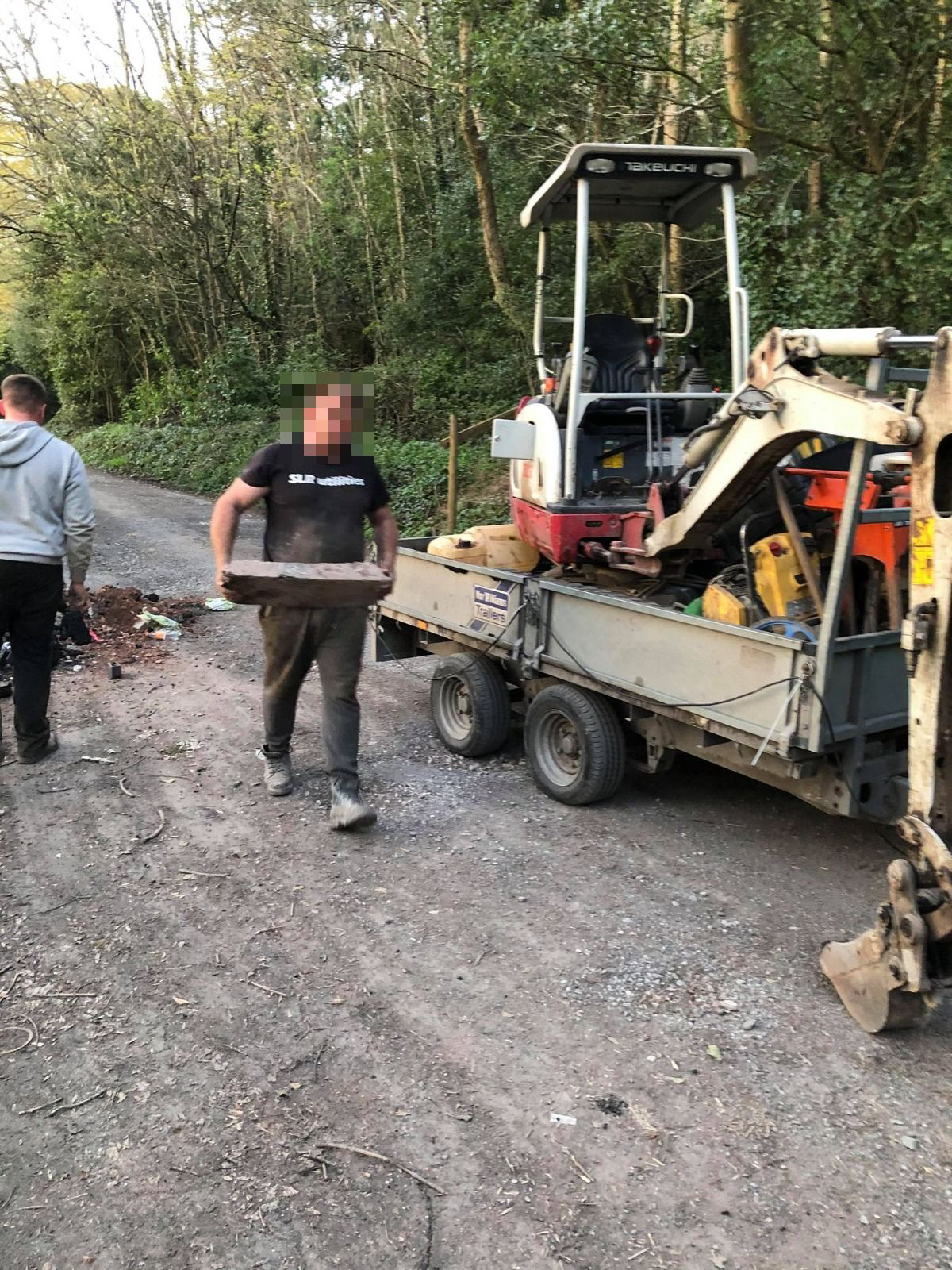 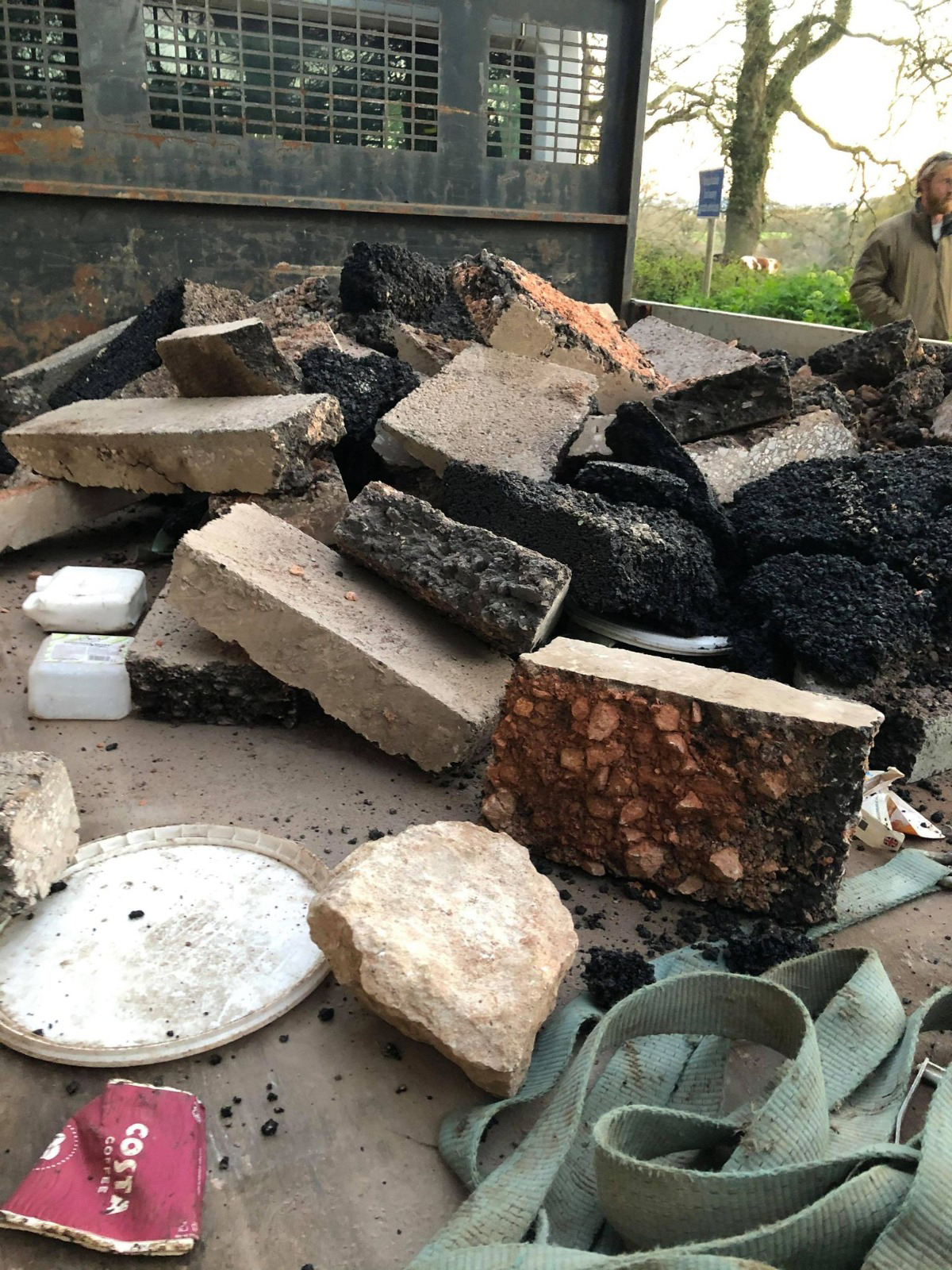 Ella, who did not give her surname, said she "ran through them" filming and taking pictures – and said they were so shocked they didn't know what to do.

She said: "I was just shutting my chickens away when I could hear a commotion and gravel being poured away. I thought no one on the estate would be working 7pm at night?

"I ran round and saw them tipping everything out, so I got my phone out and ran up and started filming them and their faces.

"There was all this rubbish everywhere – they must have unhitched the trailer to use the van to tip out all the rubbish. I then grabbed their car keys which seem like a sensible thing to do at the time.

"It was a bit stupid – one girl and three guys.

"We get so much rubbish dumped there because it's quick access off the motorway. We get all sorts – random washing machines, all sorts of stuff." 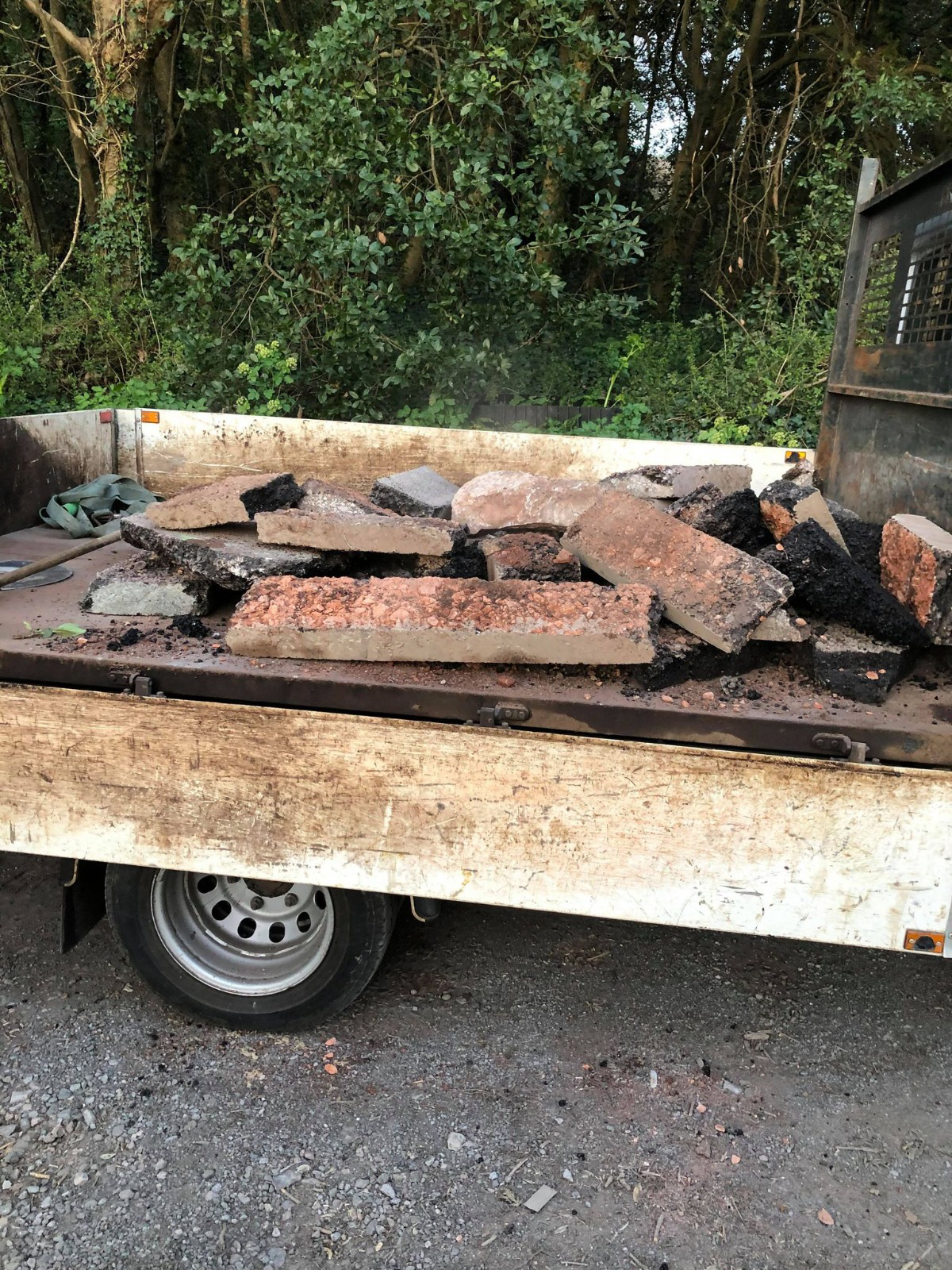 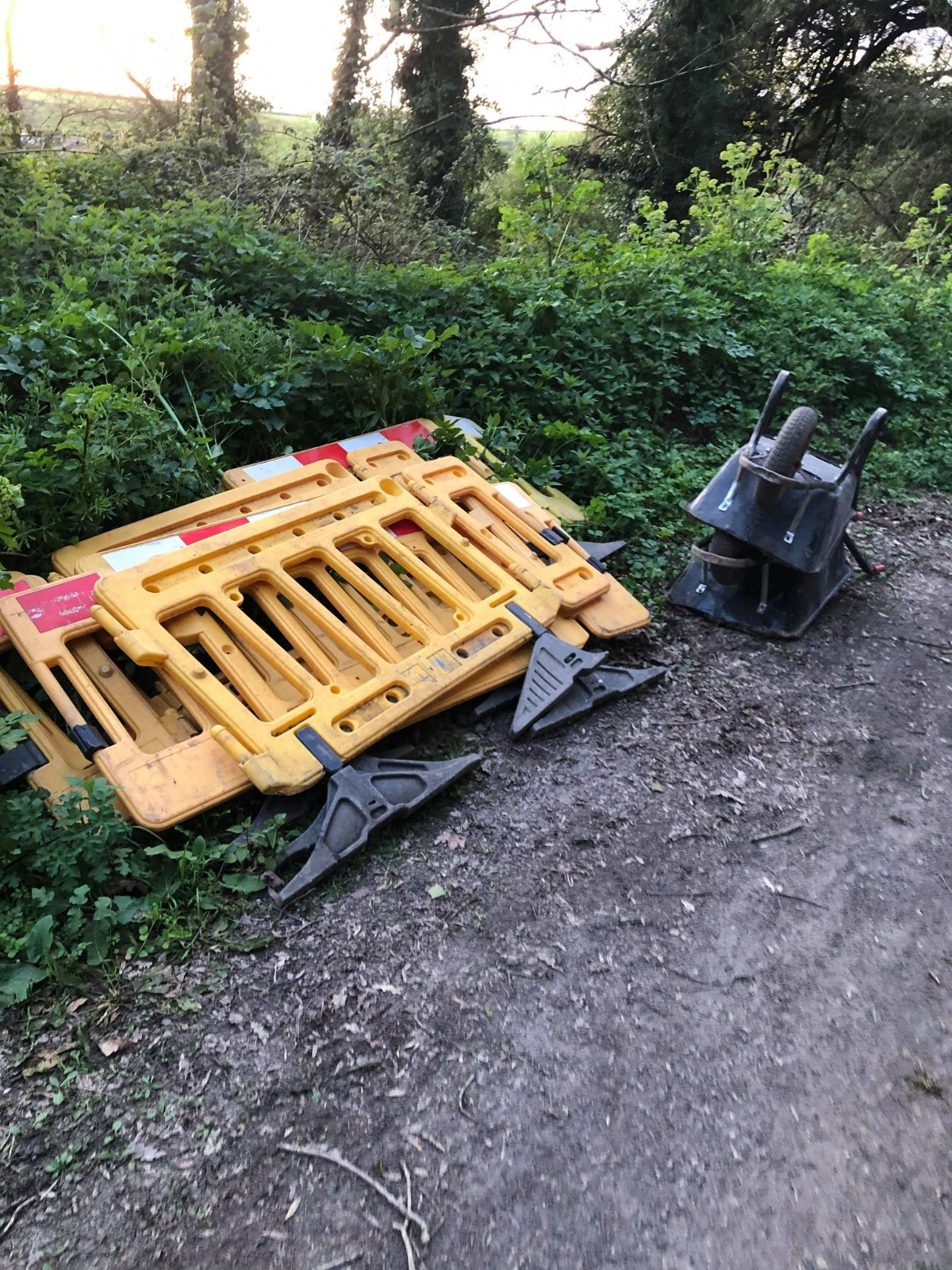 Ella called her boyfriend who quickly arrived on the scene with some of his friends. Cops were called and arrived a short time later.

She spoke to the men who were leaving the items, who insisted they had tried to dump the waste at a local tip only to find it was closed.

They said they planned to return the following day and collect the rubbish again.

Despite being on her own, Ella said she was determined to capture the incident on camera as fly-tipping had become such a big problem in the area.

She added: "When I look back, I was lucky as they were fiery and didn't do anything to me.

"They were completely shocked – I just ran through them and filmed them all and they didn't know what to do.

"They weren't nasty – they were apologetic. They were picking it all up as soon as they saw me."

Cops told Ella it was unlikely the men would face prosecution – despite being caught on camera.

She added: “The police told me its highly likely it won't get to court.

"They were saying in the eyes of the law – a policeman has to see them actually doing the offence. They can just say they were just picking up the rubbish.”