THIS is the moment a Hamas "suicide submarine" was destroyed in Gaza by a lethal Israeli airstrike, as Benjamin Netanyahu defies calls for a ceasefire.

The Israel Defence Forces announced it had stopped an attack by a remote-controlled 'drone' submarine intended to disable its Navy ships. 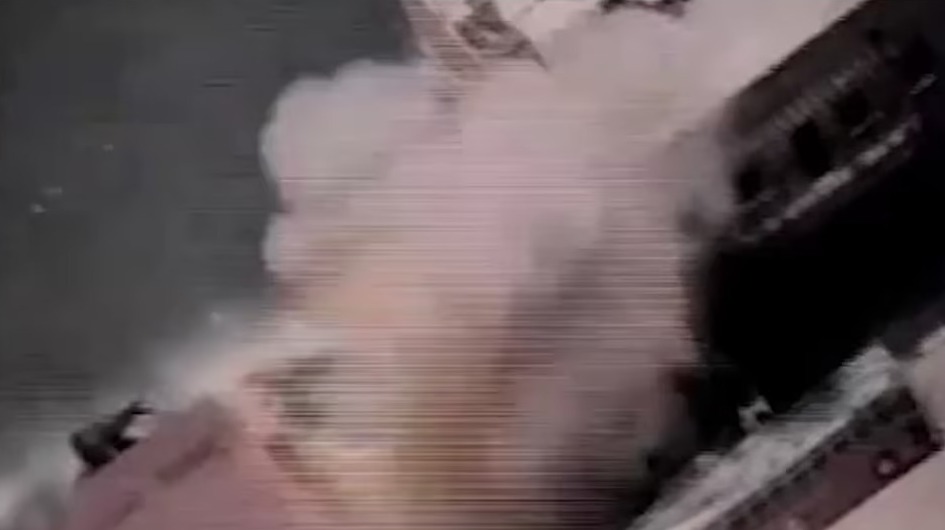 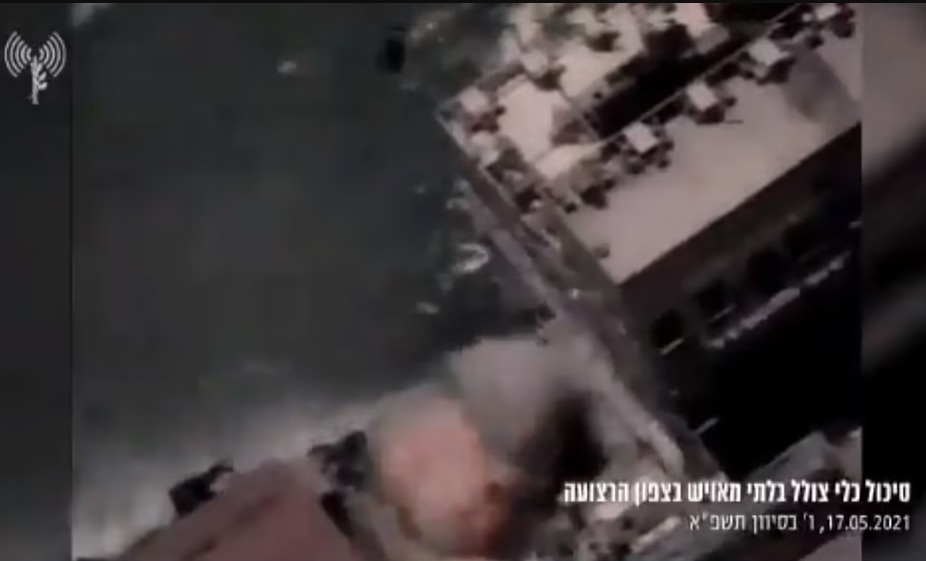 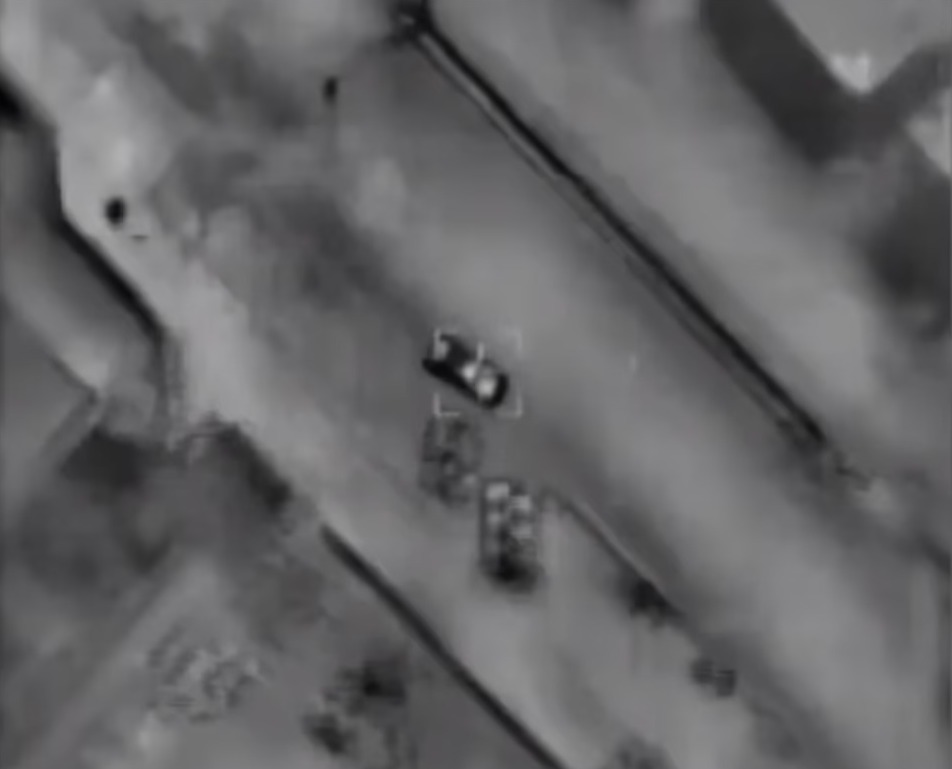 Hamas militants were killed while sitting in their car operating the underwater vessel, and their submarine was destroyed in the attack, reported Haaretz.

Grainy aerial footage shows the vehicle being tracked by the IDF while it was driven to the sea, with the drone sub blown to smithereens before it could be reach its target.

Reporters said that Hamas was taking its submergible naval weapon to the shore in Northern Gaza when the militants operating it were blown up.

“The submarine that was attacked was launched from the shore in Gaza,” the IDF spokesperson said.

“It went a few meters deep and was directed at a target, which could have been an Israeli beach or Israel Navy boats," they added.

Hamas was said to have modified inexpensive, unmanned, underwater drones in their workshops to accommodate an explosive payload of up to 30kg.

These subs are manoeuvred towards targets by remote control or guided using GPS.

It's believed that Hamas's target was either the Israel Navy or Israel’s offshore natural gas platforms. 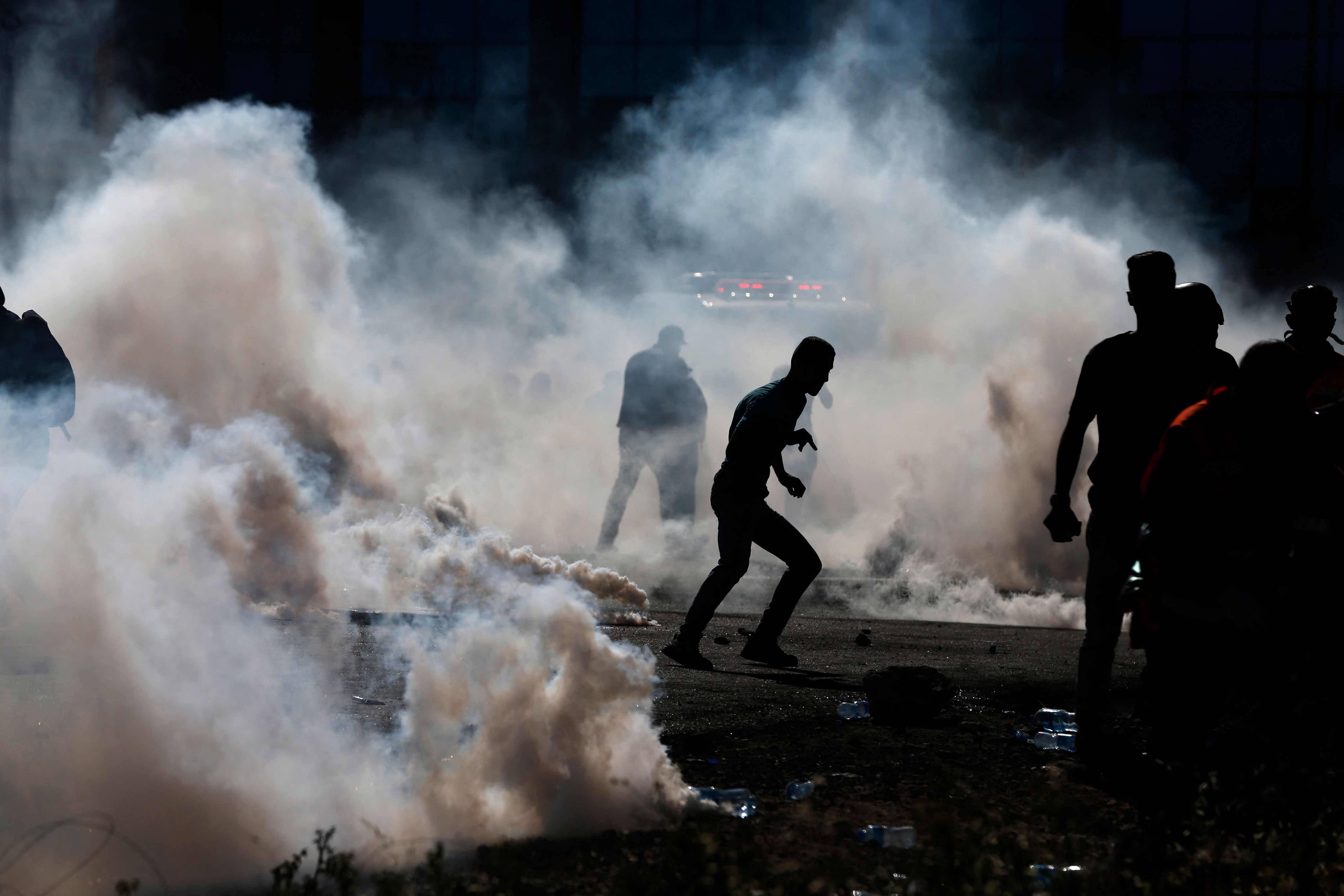 While it would have failed to carry out major damage, even if the submarine had hit its target, any successful operation could have given Hamas the “victory photo” experts said the organisation needed.

Military bosses confirmed to the Times of Israel that the device was destroyed shortly after launch, and that the team operating it had been killed.

Hamas militants were seen heading for the shore with the autonomous submarine, and putting it in the water.

An IDF aircraft attacked them “to thwart the threat,” the military said.

“The most significant thing, as in all of the IDF, is denying [the enemy] capabilities and establishing a strong defence.

"We have acted so that the naval arms of the Palestinian Islamic Jihad and Hamas would be depressed,” the head of the Israeli Navy Maj. Gen. Eli Sharvit told reporters.

Hamas has an abundant stocks of rockets and other weaponry in its ongoing conflict with Israel.

The Palestinian militant group boasts an even deeper and more effective arsenal than in previous standoffs.

More than 3,000 rockets have fallen on Israel in the past week, a pace aimed at overwhelming Israel's Iron Dome missile defence system.

"The most impressive fact of this war is just how many rockets they managed to fire in a short period of time and simultaneously," said Fabian Hinz, an independent analyst who focuses on missiles in the Middle East.

"Hamas's firepower, both in terms of number of rockets and their reach, far surpasses earlier escalations, and Israeli retaliation has been swift and devastating," said the International Crisis Group (ICG).

Hamas and Islamic Jihad said at least 20 of their fighters had been killed in the recent battle.

But Israel claimed the number was at least 160 and released the names of and photos of more than two dozen militant commanders it said were eliminated.

Israeli attacks have damaged at least 18 hospitals and clinics and entirely destroyed one health facility, the World Health Organisation said in a new report.

Nearly half of all essential drugs in the territory have run out.

Israel has vowed to press on with its operations, and the US signalled it would not pressure the two sides for a cease-fire even as President Joe Biden said he supported one.