THIS shocking moment shows a woman using her car to mow down a mob of teenagers who were attacking her boyfriend in New York.

At least eight to 10 youths attacked the female, her boyfriend and another woman after words were exchanged, it's reported. 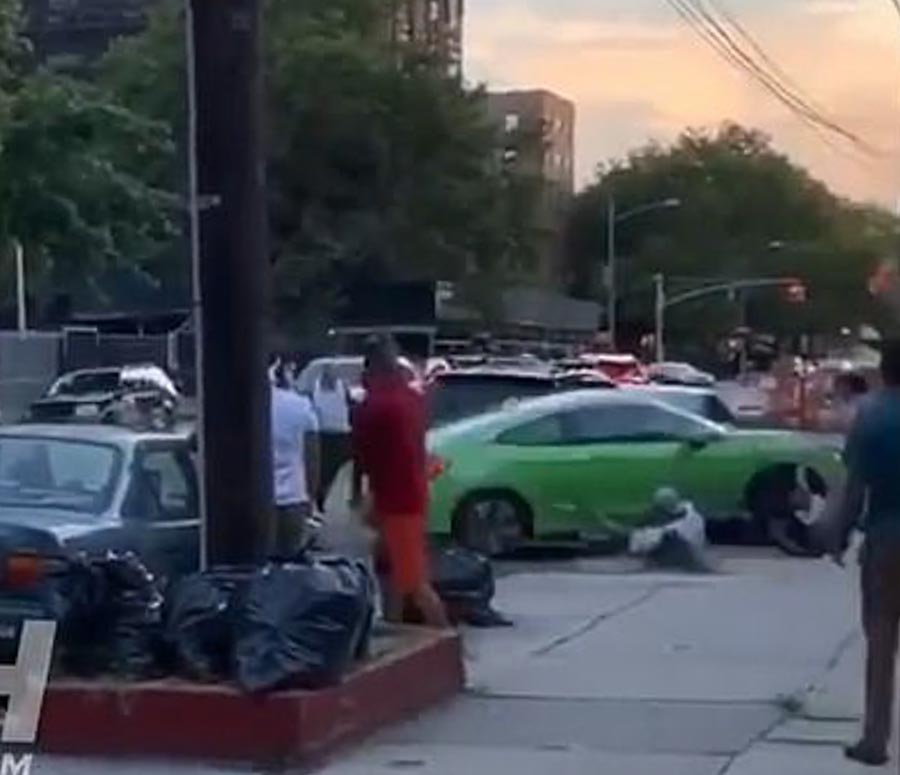 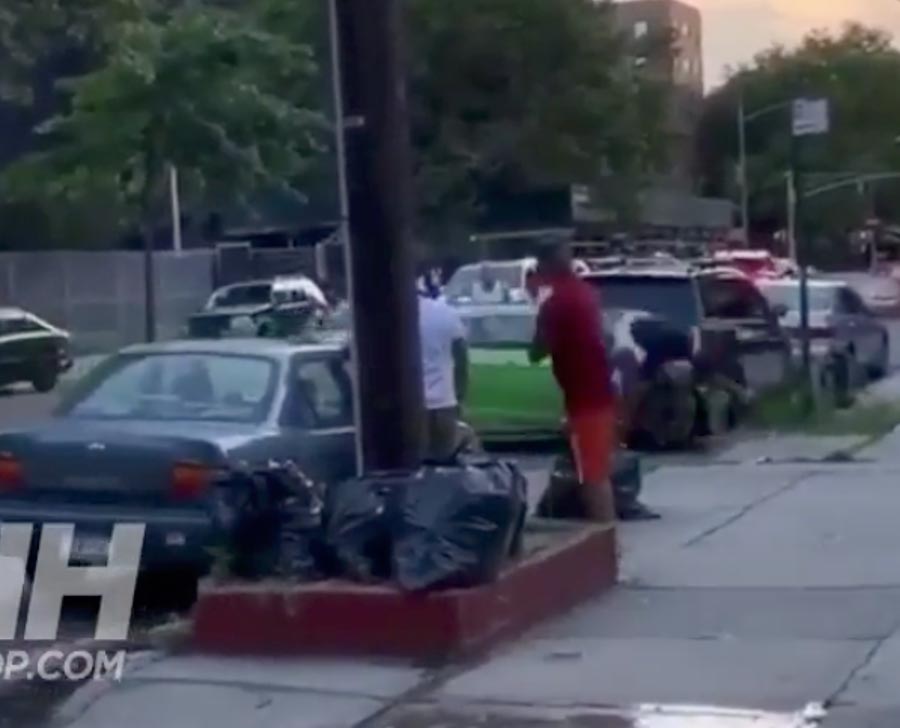 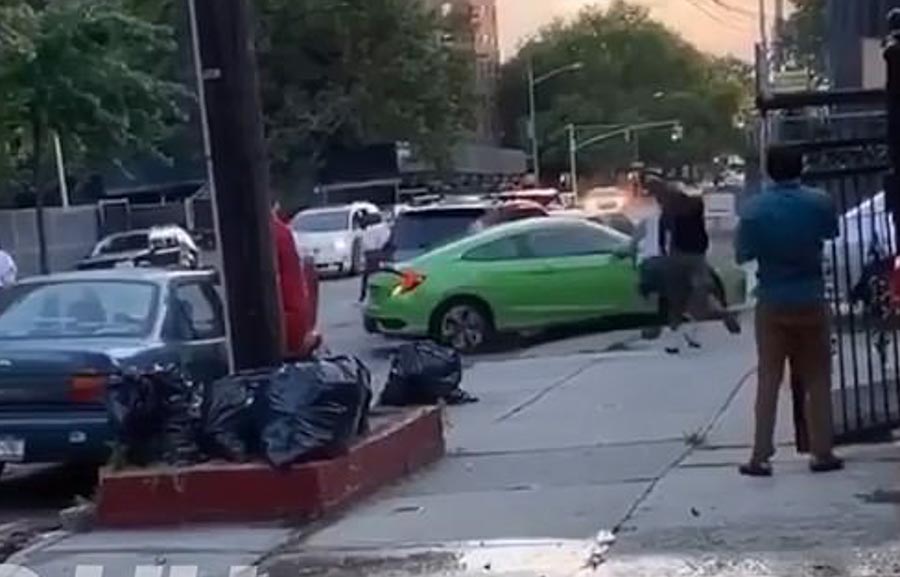 Footage captured from the opposite side of the street from where the attack occurred shows youths running and shouting.

A man is seen running around a parked green car but the teens start to beat him up.

A woman wearing a red top is seen getting into the car as the youths continue to pummel the man, according to footage posted on WorldStarHipHop.

Looking panicked as she got into the vehicle, she pulled away – hitting the car in front of her – before reversing and plowing into the crowd.

The footage showed the woman hit the mob. One youth wearing a black t-shirt was spotted limping around and appeared to be in pain following the collision.

A witness shouted: "What the f***! Are you f****** kidding me?" as the pandemonium continued in the street.

A youth tried to break the car window in revenge as he threw punches into the glass while the vehicle sped up the road.

It's not clear from the footage whether anyone was seriously injured. 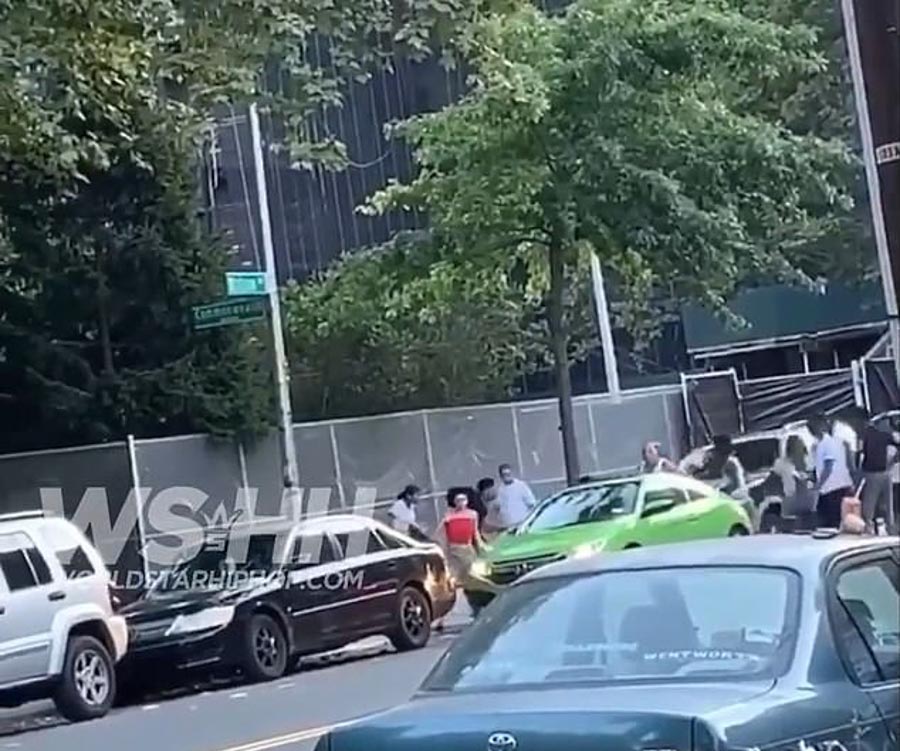 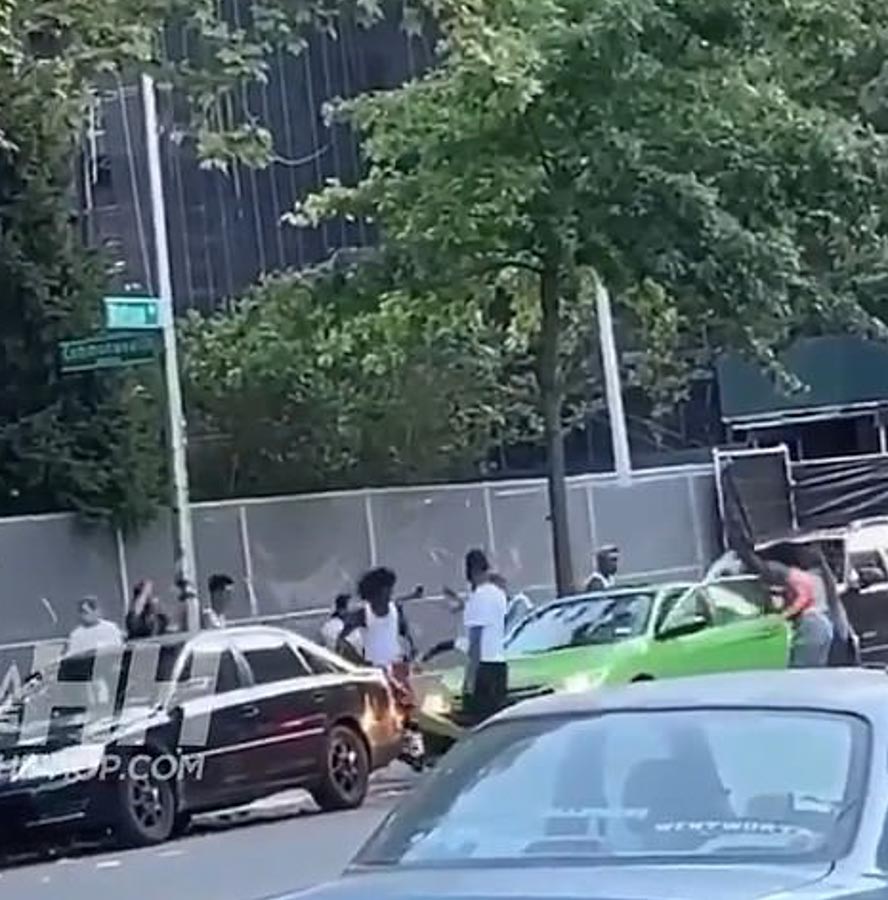 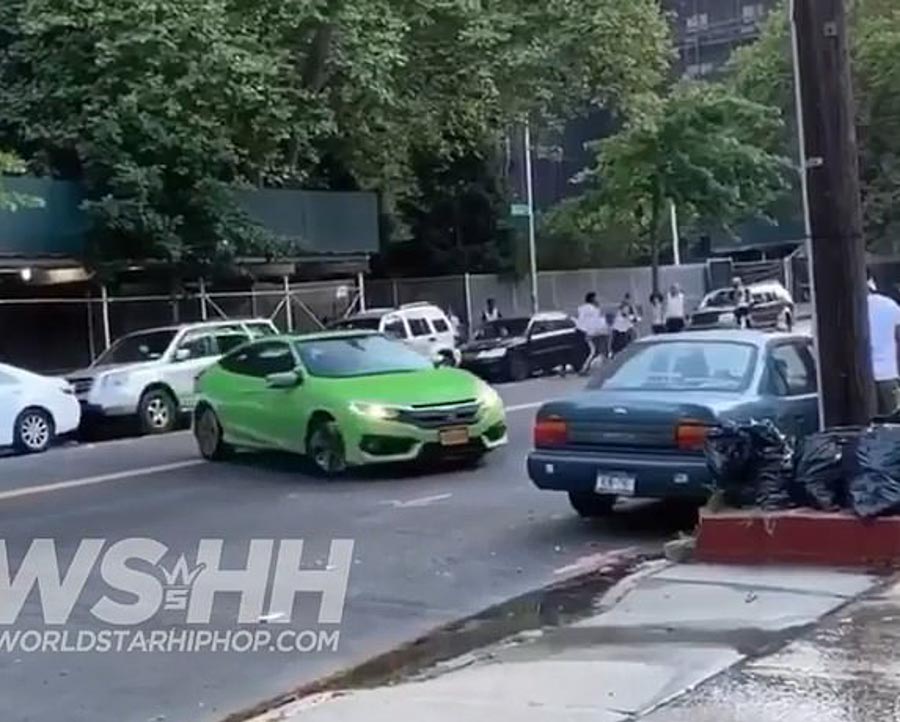 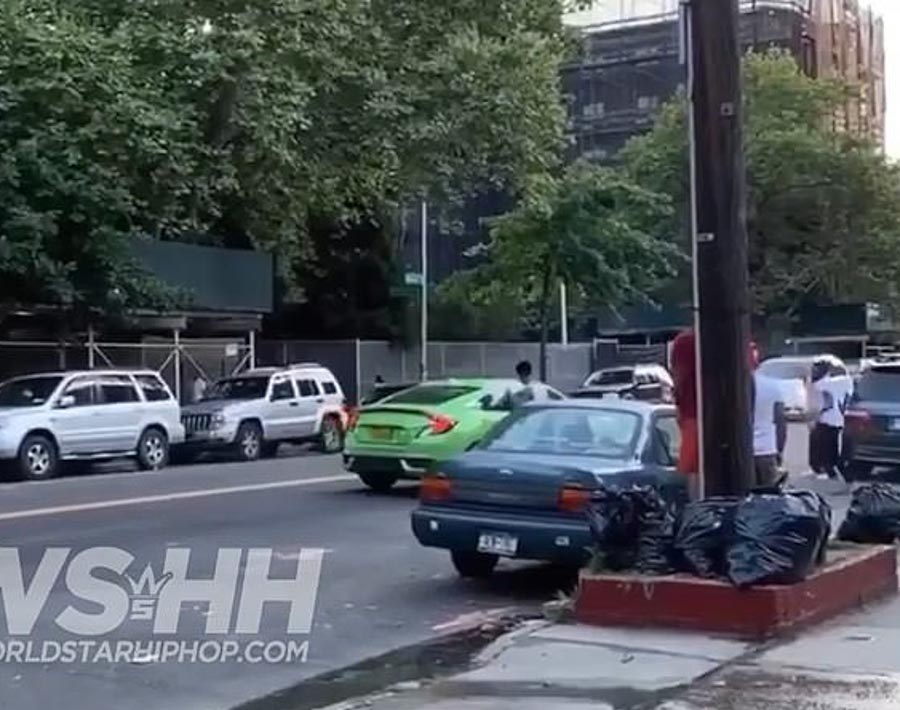